1 Stop Speed & Gadson Back on Top

1 Stop Speed & Gadson Back on Top

At the end of the 2015 season Mike Belo of 1 Stop Speed immediately started disassembling his multi-event winning Hayabusa. With Richard Gadson at the reigns it had amassed quite a few wins (and additional wins with other riders). So some questioned Belo’s strategy of a complete rebuild. 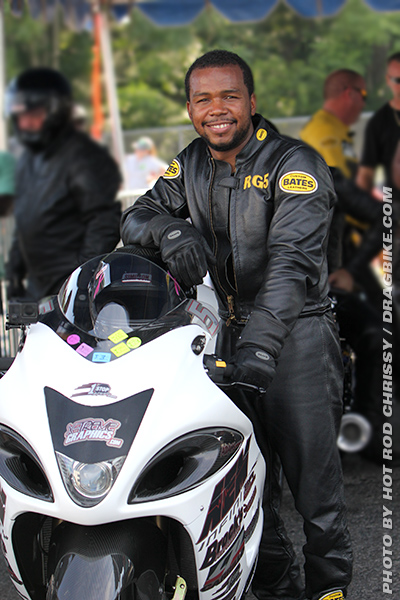 The newly renovated 1 Stop Speed Hayabusa would debut the 2016 season with its fair share of hiccups and a learning curve that owner and riders alike would have cared to do without. But alas the hard work finally paid off this past weekend at Maryland International Raceway. Qualifying in the seventeenth position in the Top Sportsman 32 bike field secured Richard Gadson a spot in the show on Sunday. But the weekend didn’t start off so easy for the team… 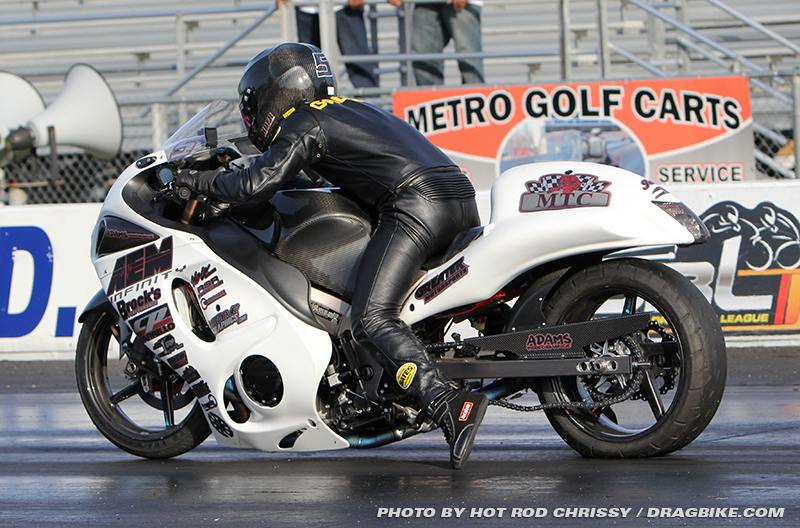 Friday would provide some crucial testing for the team as they continued to get the package dialed in. With Gadson getting more acclimated to the setup and Belo making the necessary adjustments they gathered important data. The duo even set a new personal best for the AEM Infinity controlled and Adams Performance built bullet when Gadson went 8.06 on motor in the summer heat. But shortly thereafter they thought they had a weekend ending issue. Thinking they had blown a head gasket, they needed to do a leak down test. Drag racers are known to come together and help each other and this situation was no different. Joey and Skip Gladstone were quick to lend a helping hand, in addition to the rest of Team DME. They quickly confirmed the bike was ok and rectified the issue, readying the bike for the weekends battle. So big shout out to Team DME for their helping hands. 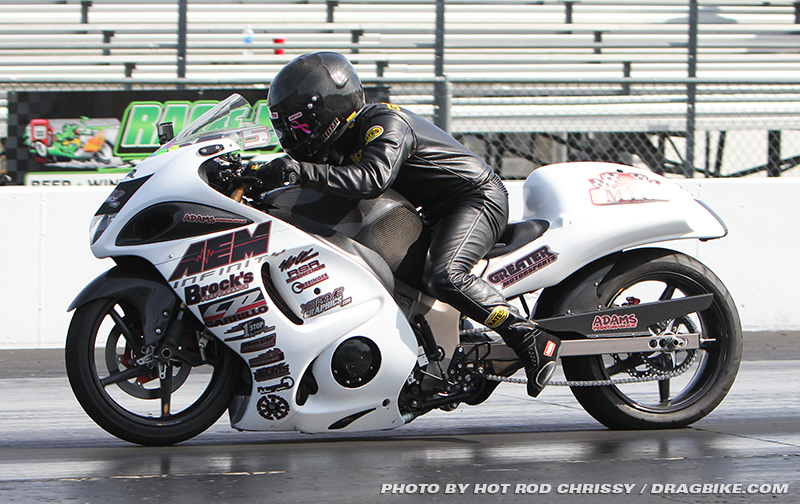 With a clean bill of health and Gadson on his game, the team set out to win Top Sportsman on Sunday. In round one Gadson used a starting line advantage to power past Bobby Holland for the round win. The second round would be a gift as David Ashton red lighted, but Belo had the bike dialed dead-on and would have been hard to beat. Gadson dialed it up a notch in the third round as he laid down a .006 reaction time, which was too much for his opponent to overcome. The semi-finals round would bring them former MIROCK Top Sportsman Champion Brian Canoles. But you can’t rattle a racer like Gadson and he threw down an .016 light coupled with a dead on dial for his best package of the weekend. The 1 Stop Speed team was now headed to the $3,000 Top Sportsman final. Gadson used another killer reaction time to get an insurmountable lead on his opponent (who seemingly missed the tree) and carried his lead to the win.

Richard Gadson had this to say, “I’ll be honest, I wasn’t quite sure Mike was headed in the right direction this winter with the complete rebuild. And it was definitely a learning curve at the beginning of the season, but he refuses to lose and never gives up. That attitude is the same mindset I carry and I’m happy to say we proved this unique combination is now a race winner.” 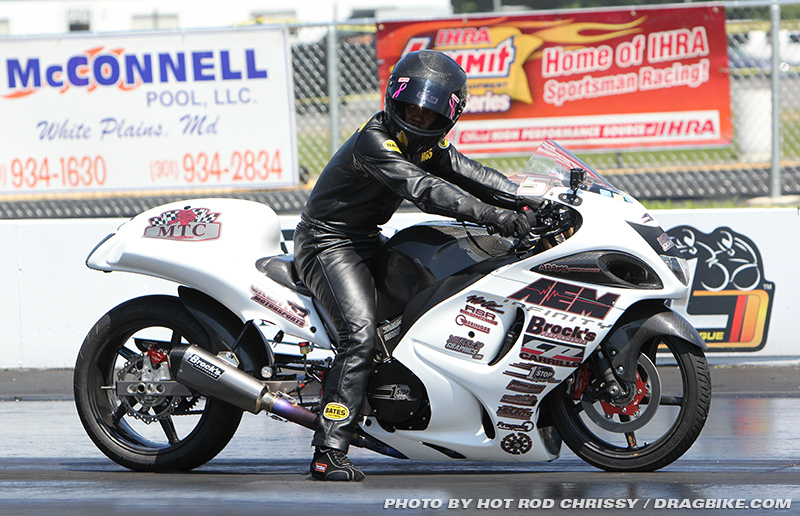 The effort and struggle the team had endured early on in the season had finally paid off. In addition to their win, the duo made it to the final five bikes in Sunday’s Pro ET race. “Everyone said I was crazy when I completely rebuilt this bike. Especially considering some of the products I chose to use and the unconventional thinking I had with this bike. So it feels good to get back in the winner’s circle and show everyone that we’re back. Richard is a big part of the equation as well, making us look good with his veteran skills,” said bike owner Mike Belo 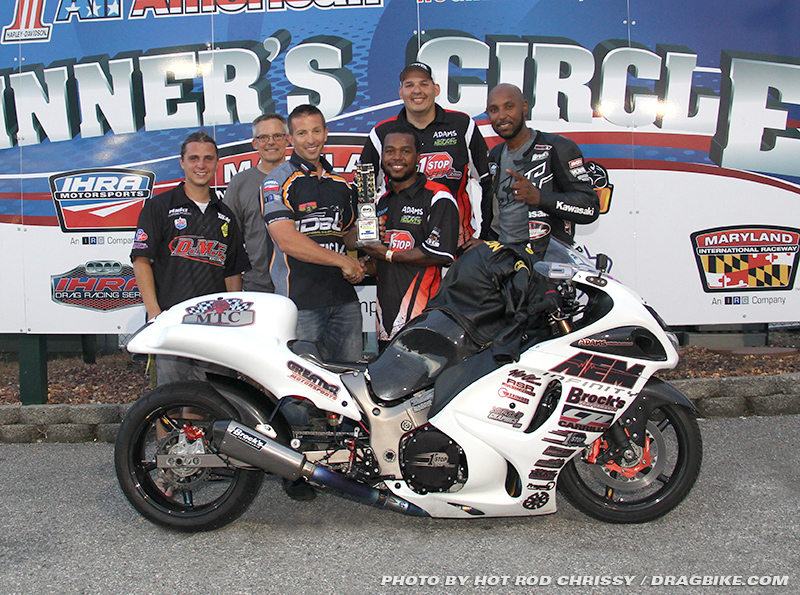 The 1 Stop Speed racing team will be back in action again on Labor Day weekend in Atco, NJ.