Coming up on the half way point of the IDBL season 1 Stop Speed and Richard Gadson headed to Maryland International Raceway with our new Hayabusa. We really did not know what to expect from the new bike as Richard had not ridden it yet and we had some bugs to work out. Well we Un-loaded Friday morning to test and right off the trailer we knew we had something to work with. The bike ran an 8.19, 8.17, and 8.18 off the trailer which were new best times for the bike. The time slips were about identical from the 60ft on and we knew we had our consistently issue fixed. Throughout the day the bike continued the consistent numbers pass after pass and even went as fast as 8.15@168. We entered the gamblers race and had some great round wins before losing a close race in the semifinals. 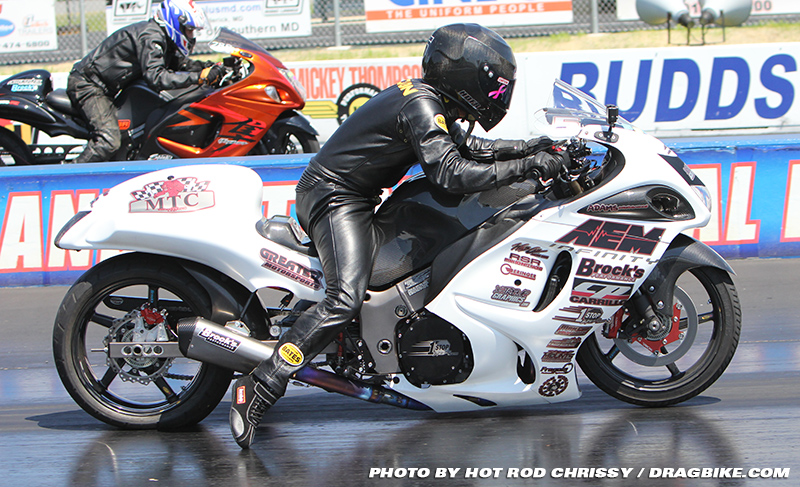 Saturday was Pro ET race day along with qualifying for Top Sportsman, 8.88 and 5.60. We started out with our time run of 8.17@167 which got us the #17 spot in Sunday’s top sportsman race. Richard went on to win round one with a killer .008 reaction time and running right on the number. Now in round 2 Richard took a nap at the light and we were done for the day in Pro ET. Qualifying for 8.88 and 5.60 was a challenge as we had to slow the bike down almost a second. Our AEM Infinity EMS has a trim pot switch that allows us to pull almost 60hp out of the motorcycle by simply turning a knob on the dash. We took all the power away we could but were still going too fast. We used the time run passes to learn about taking power away from the bike and got closer to the number but still a little too fast but close enough for Sunday that Richard could manage the rest. 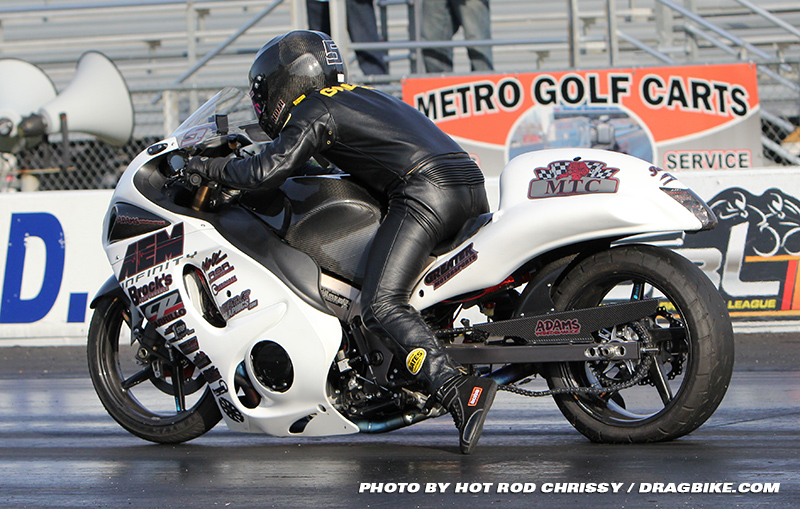 Sunday morning came and Richard told me “It’s time to clock in and go to work. Let’s get in Street ET too” So now we were in 5 classes and work we did. Richard started the morning going rounds in every class keeping us in all 5 classes about the entire day. The weather had changed some for the better and our Adams Performance powered Hayabusa just kept getting faster. We managed running an 8.11 @167 and he short shifted a couple gears. As Richard pulled in the pits he and I couldn’t believe how fast the bike was going. Coby Adams and his team built us one heck of a 1441 engine combo. Richard said “This is the fastest 1441 I have ever ridden and it has way more in it still” We ran across some of the best bracket racers around throughout the day. We saw the 2015 BAMF Champion Dustin Lee early in the day and heavy hitter Boo Brown, wewere lucky to get passed them to continue on. At the end of Sunday we fell a little short of the winners circle but extremely happy with the overall improvements we made and having a bike that runs awesome.

“Overall I couldn’t be any happier with our new bike. Richard did an amazing job riding like he always does. Devin from AEM Performance Electronics has been such a huge help supporting our program with tuning suggestions for myself and Ryan Schnitz to get the bike dialed in. I am blown away with the performance of the Adams Performance engine package. To have an all motor 1441 running 168 mile an hour in the heat of the summer really shows the power they gave us. I really think we will make a great run this summer through the end of the year with all that we learned this weekend” 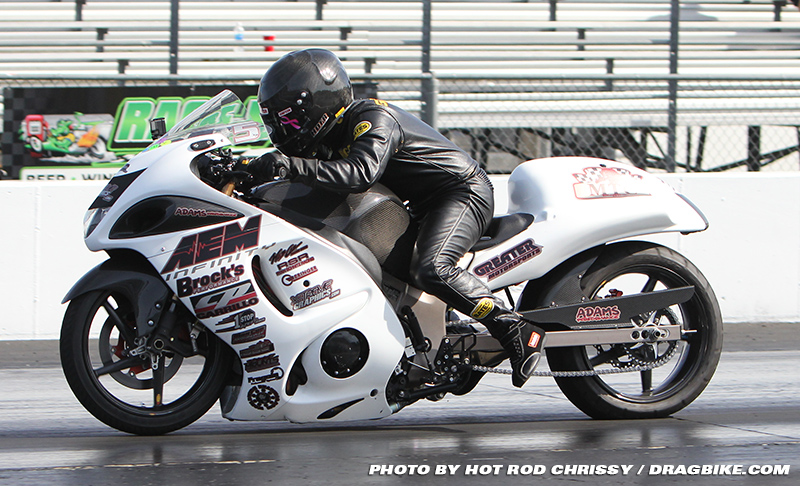 “Well I have to say Mike Belo and 1 Stop Speed built one hell of a motorcycle. I thought he was nuts this winter changing a bike that we won 5 or 6 times with last year. He went over the top with all the best parts in the world for a bracket bike and I didn’t get it. Now after seeing the bike work this weekend it all made sense to me. The bike is so smooth, consistent and really fast for what it is. Coby built a nice motor package and the AEM EMS works perfect. I am excited for the rest of the year that’s for sure” 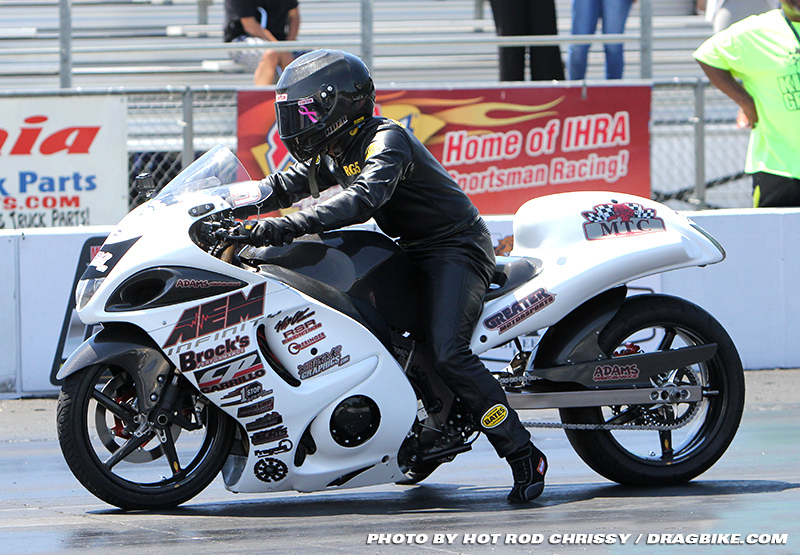 Next up is the Manufactures Cup HTP Summer Nationals in Memphis then right back to MDIR the next weekend.