Victory Motorcycles rider Matt Smith will reach a career milestone in the Summit Racing Equipment NHRA Nationals this weekend at Summit Motorsports Park, as the two-time Pro Stock Motorcycle champ will compete in the 200th race of his NHRA career.

Smith made his debut at the U.S. Nationals in 2002, and though he didn’t qualify for that race, the seed was planted in his mind. He knew he wanted to be a professional racer from that point, and his career has taken off. Smith has won 17 races — seventh all time in the PSM class — and the championships in 2007 and 2013. His 23 No. 1 qualifiers rank 31st all time across all pro categories. 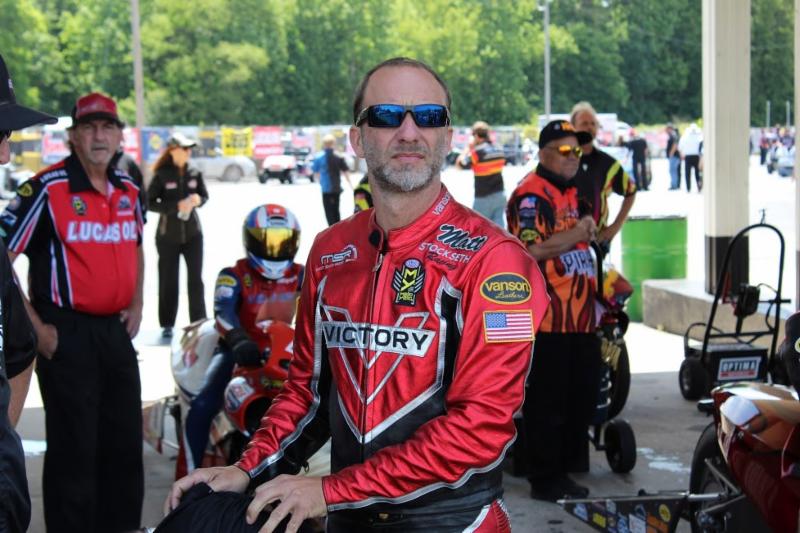 “It would be even better if we could get all these gremlins behind us and get this Victory Gunner to the winner’s circle for our 200th race.”

Smith began his NHRA career at the U.S. Nationals in 2002, renting a bike from Shawn Gann. After five rounds of qualifying, he was tied for No. 16 in the qualifying order, but his speed was the slowest of the three riders tied, so Smith failed to qualify.

“I’d raced and won championships in everything I’d ever done and every sanction I’d ever raced in,” Smith said. “As you come up through the ranks, you want to race NHRA, be on TV, and be successful. When I did my first race, in 2003, it was Indianapolis. I just wanted to go there and try to race, and I had rented a bike from Shawn Gann. I ended up being 17th, but after that, I was like, ‘This is what I want to do.’ ”

He qualified for his first race the following season, advancing all the way to the semifinals.

“It goes from there,” Smith said. “I started going to more and more races and went full time.”

Smith won his first race in 2006, at Englishtown, N.J., even though he celebrated in the winner’s circle at Indy the year before. Because of a timing malfunction, the win light came on in Smith’s lane at Indy in 2005, and he celebrated that day, but after reviewing finish-line photos, NHRA officials correctly gave the win to Steve Johnson. 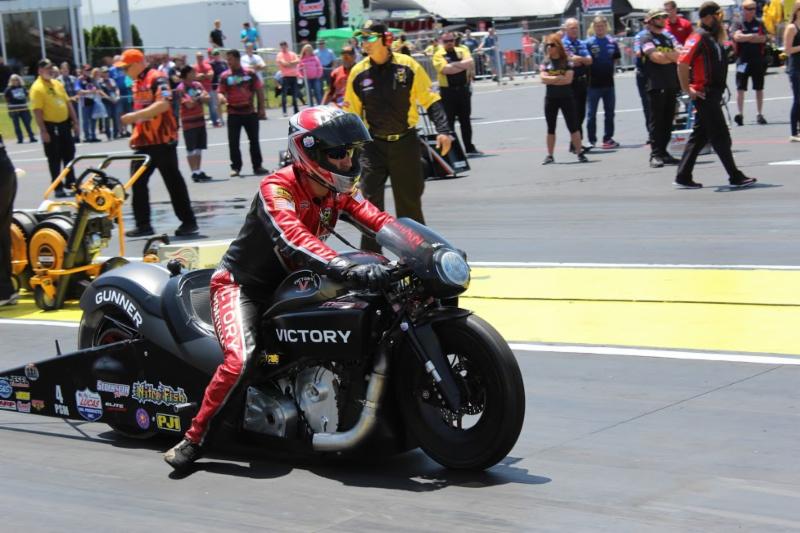 “When I look at some of my career highlights, definitely Englishtown for my first win was big for me,” Smith said.

Smith won at Indy the following season, when he scored his first top-five finish in the points standings. A year later, in 2007, he won four races and the Pro Stock Motorcycle championship.

Smith won a second title in 2013, winning four races along the way. One of those wins came in Norwalk, where he shared the winner’s circle with his father, Rickie, who won in Pro Mod that day.

“We went on to win the championship together, too,” Smith said. “That would be one of my biggest wins.”

Smith went to another final round at the U.S. Nationals that season, and though he lost to John Hall, all was not lost, as Hall was also racing a Matt Smith Racing bike.

Another all-MSR final came in 2014, when wife Angie beat Smith in Epping, N.H. The 17th victory for Smith came at the second Las Vegas race, where he beat Jerry Savoie in 2013.

Smith began racing for Victory Motorcycles in 2015, fielding Gunners for himself and wife Angie. Could race No. 200 equal victory No. 18? Stay tuned.