Over 30k in purses and prizes available to Pro Street riders across the weekend of November 14-18, 2018.

The 42nd annual Mann Hill Garage World Finals this November at South Georgia Motorsports Park will absolutely be the one race all APE Pro Street riders will want to circle on their calendar. Last year’s turnout made it the biggest Pro Street event of the year, and we are anticipating the second annual event to be even bigger!

*All times are approximate 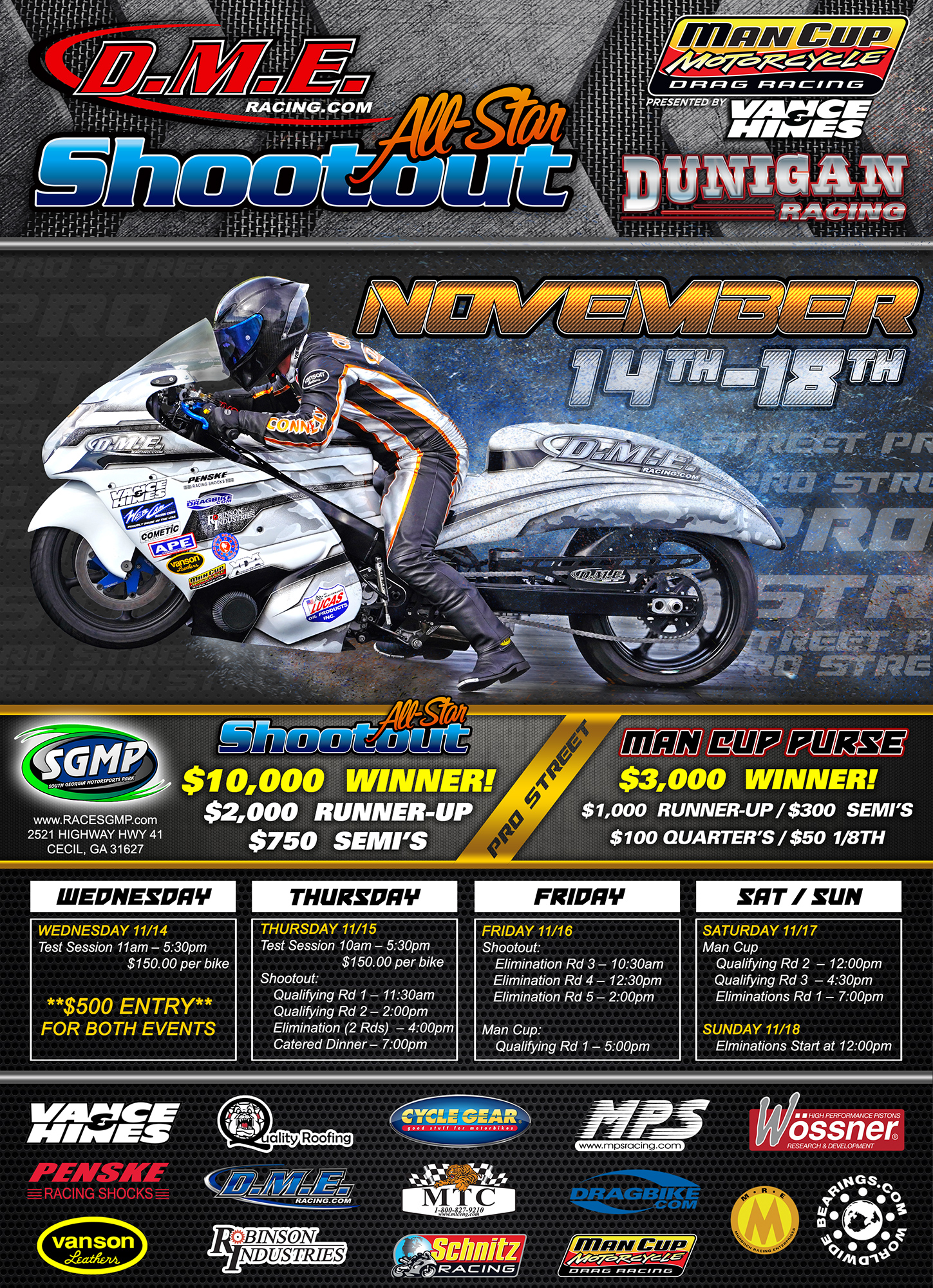