Bahrain International Circuit (BIC) hosted an action-packed first round of the 2019/2020 Bahrain Drag Racing Championship over the weekend in Sakhir. 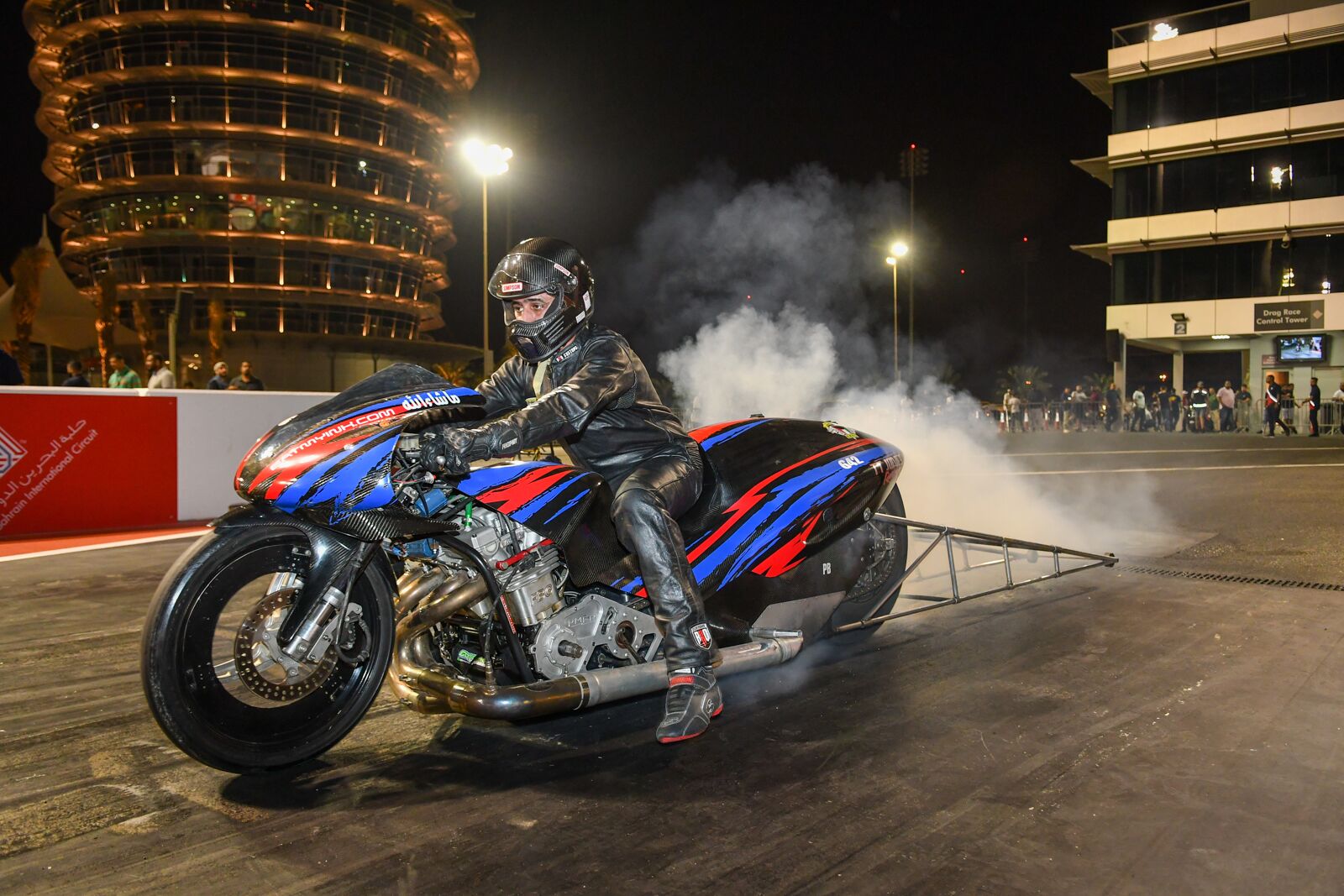 A massive field of more than 100 participants took to BIC’s quarter-mile drag strip for four days of excitement, culminating with plenty of heated head-to-head battles on Race Day, which determined the meeting’s winners.

From the total number of competitors, 73 were racing in cars while another 40 were on bikes.

Mubarak claimed first place in the Outlaw FWD category. He won with a run of 9.375s in the final, where he defeated fellow-Bahraini Zakariya Abdulla, who clocked 9.585s.

Al Murbati triumphed in the Super Street 6-Cylinder class with a time of 7.580s. He overcame the challenge of Ali Saleh of Saudi Arabia, who had a mark of 7.986s in their decisive battle.

Mohammed followed suit in the Super Street V8 category with a winning time of 4.408s, beating Abdulla Alshamsi of Saudi.

Hadi was the winner in the Pro Mod class in 4.155s, with Hani Ali, also of Bahrain, finishing as the runner-up.

Aldoseri claimed first place in the Index 10.5 category with a run of 10.530s in their final. Countryman Abdulrahman Askar had to settle for second in 10.554s.

Ali rounded out the list of Bahraini winners for the day following his triumph in the Index 9.5 class. He had a time of 9.443s in the final, where he defeated fellow-Bahraini Abdulla Hassan in 9.665s.

Elsewhere amongst the cars categories, Obaid Al Blooshi from the UAE won the Competition 4.5 with a final run of 4.515s. He beat fellow-Emirati Abdulmajid Al Zarooni who had a 4.532s mark. Ahmed Mohammed Alkhalifa of Saudi followed suit in the Index 8.5 class with an 8.733s time. Adnan Sulaiman of Kuwait was second.

Khalid Aldoseri of Saudi won the Index 8.5 Bikes in 8.531s. Abu Jamus came second in 8.694s for his second podium of the night.

Mishari Alturki of Saudi was the top man amongst Super Street Bikes runners. He won their final against compatriot Jehad Al Jamal.

Mohammed Alawwad of Kuwait then won the Pro Bikes category with a mark of 4.075s. Christopher Dominique of the USA was the runner-up in 4.044s.

Following all the night’s racing, the winners of each class were awarded their respective trophies in a podium ceremony attended by officials from BIC, the Bahrain Motor Federation and the Bahrain Drag Racing Club.

The 2019/2020 season is composed of five rounds, to be held until February of next year. Round Two is set from December 17 to 20, followed by Round Three from January 14 to 17. Round Four will be from February 4 to 7, and then the championship finale will be held from February 25 to 28.