Competing in the Pro Mod category behind the wheel of a 2019 Chevy Camaro powered by a Pro Line Racing Engines twin-turbocharged Hemi, Bahrain1’s Emirati driver Khalid Al Balooshi posted a world best time for the quickest twin-turbo NHRA trim of 5.676 seconds down a quarter-mile. 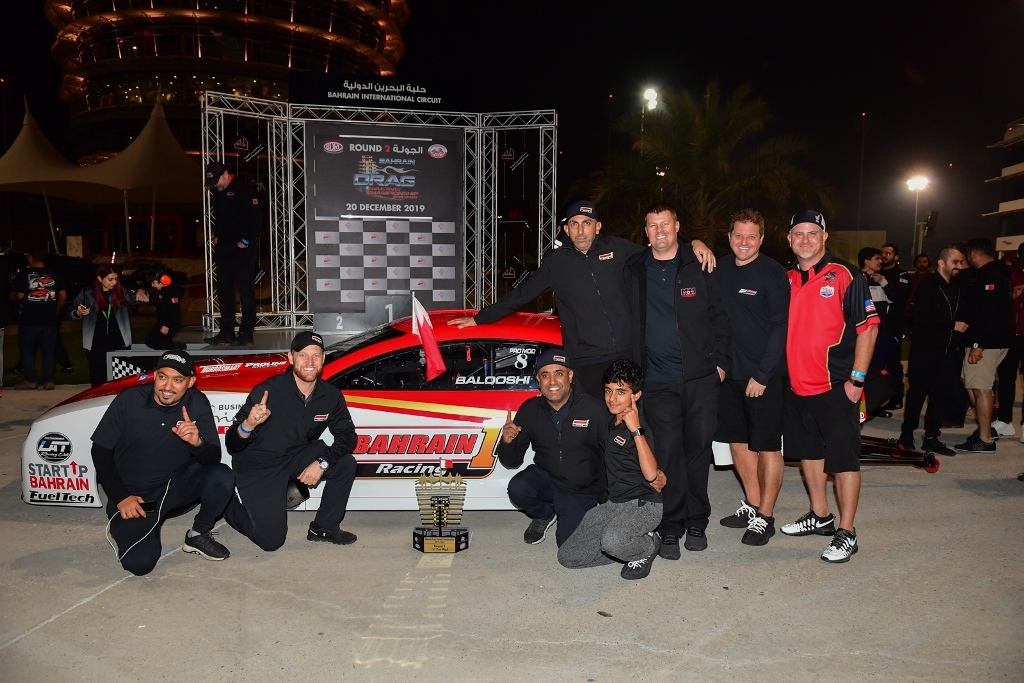 Al Balooshi was one of 104 participants in the cars categories this round. There were also 39 riders competing in the motorbikes classes, making for a total of 143 hopefuls of various nationalities.

The meeting was organised by BIC in cooperation with the Bahrain Drag Racing Club (BDRC), the Bahrain Motorcycle Club (BMC) and the Bahrain Motor Federation (BMF). BIC is a member of the prestigious National Hot Rod Association (NHRA) Worldwide Network.

Al Balooshi powered to his mark during testing, and he was able to maintain his fine form all through to Race Day when he eventually secured the victory for the meeting. Al Balooshi won in the final head-to-head, held over an eighth-mile of the strip, against Bahraini Hani Ali after coasting to a time of 3.739s to beat Ali, who had a mark of 3.922s.

Other drivers flying the Bahrain flag to victory were Salah Salahuddin in the Street V8 class, Yousif Al Zayani in the Outlaw 6-Cylinder category, Ahmed Al Saeei in the Outlaw FWD, Hussain Mohammed in the Super Street V8 and Ali Abdulaziz in the Index 10.5.

Salahuddin claimed his victory after clocking a mark of 7.677s in the Street V8 final, where he was up against Mohammed Suliman of Kuwait.

Al Zayani was also in impressive form, winning the Outlaw 6-Cylinder final in 4.557s, beating fellow-Bahraini Hamad Al Merbati who had a time of 11.580s.

Al Saeei was the Outlaw FWD victor after beating Zakariya Alkuwari, also from Bahrain, in the final. Al Saeei had a mark of 8.821s while Alkuwari finished in 11.582s.

Mohammed followed suit in the Super Street V8 final, which he won with a narrow margin. Mohammed clocked a time of 4.392s, doing just enough to beat Abdulla Alshamsi from Saudi Arabia who had a mark of 4.555s.

Abdulaziz rounded out the winning Bahraini contingent in the Index 10.5 final against countryman Ali Rabee. Abdulaziz triumphed with a 10.560s mark while Rabee had to settle for the runner-up spot with a break out.

All of the Bahraini drivers’ victories came in the cars classes.

In the other cars categories, Kuwaiti Mubarak Alawad won the Competition 4.5 class in 4.511s. He beat Bahrain’s Ali Haji who had a red light.

Mohammed al Kokhadri took the victory in the Index 9.5 category in 9.523s. He beat Ali Al Qallaf of Kuwait, who had a break out.

Mohammed Alawwad of Kuwait triumphed in the Pro Bikes class, which was the fourth motorbike category. He had a time of 4.047s in the final, beating Christopher Dominique of the USA, who had a red light. 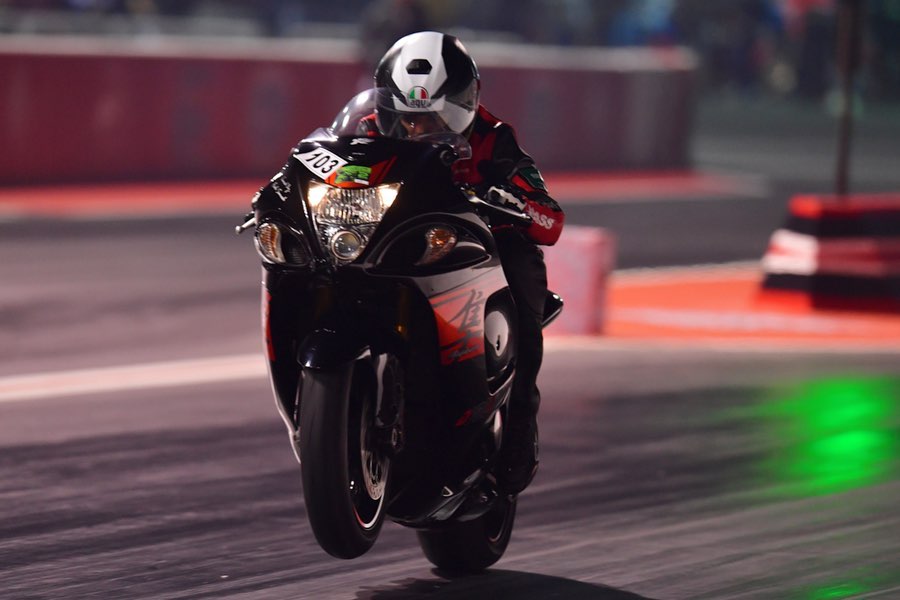 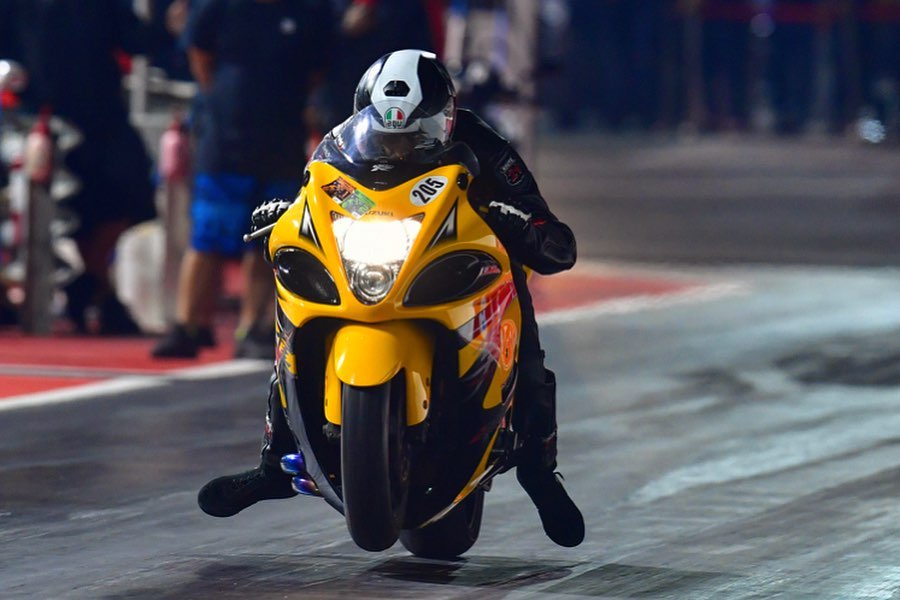 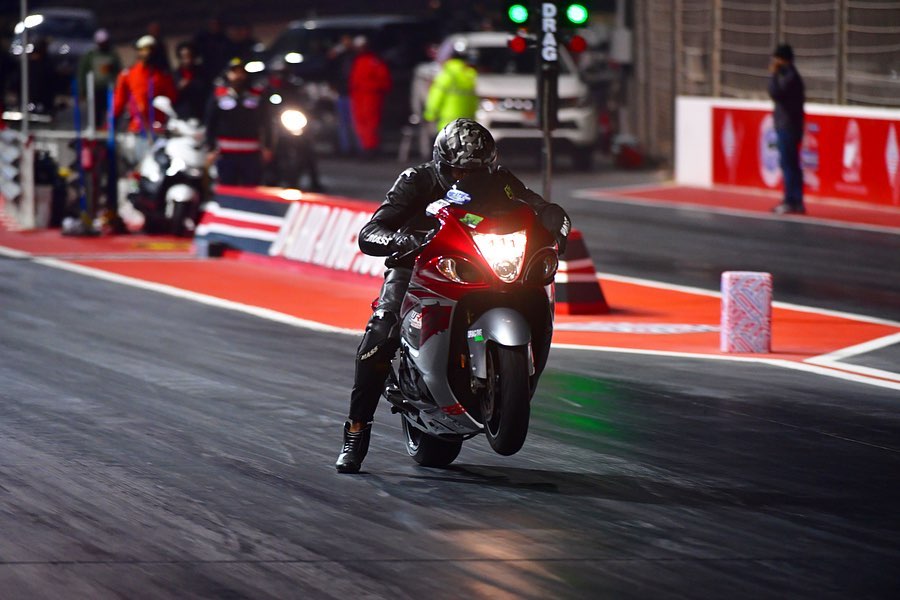 At the end of all the round’s action, the winners of the night were presented their respective trophies in the podium ceremony, attended by BIC, BDRC, BMC and BMF officials.

The 2019/2020 season is composed of five rounds, to be held until February of next year. Drag racers return to the strip for Round Three from January 14 to 17, while Round Four will be from February 4 to 7. The championship finale will then be held from February 25 to 28.