Veteran Bahraini racer Hani Ali powered to a roaring victory in the Pro Mod class to highlight a hugely exciting fourth and penultimate round of the 2019/2020 Bahrain Drag Racing Championship, held last week at Bahrain International Circuit (BIC) in Sakhir. 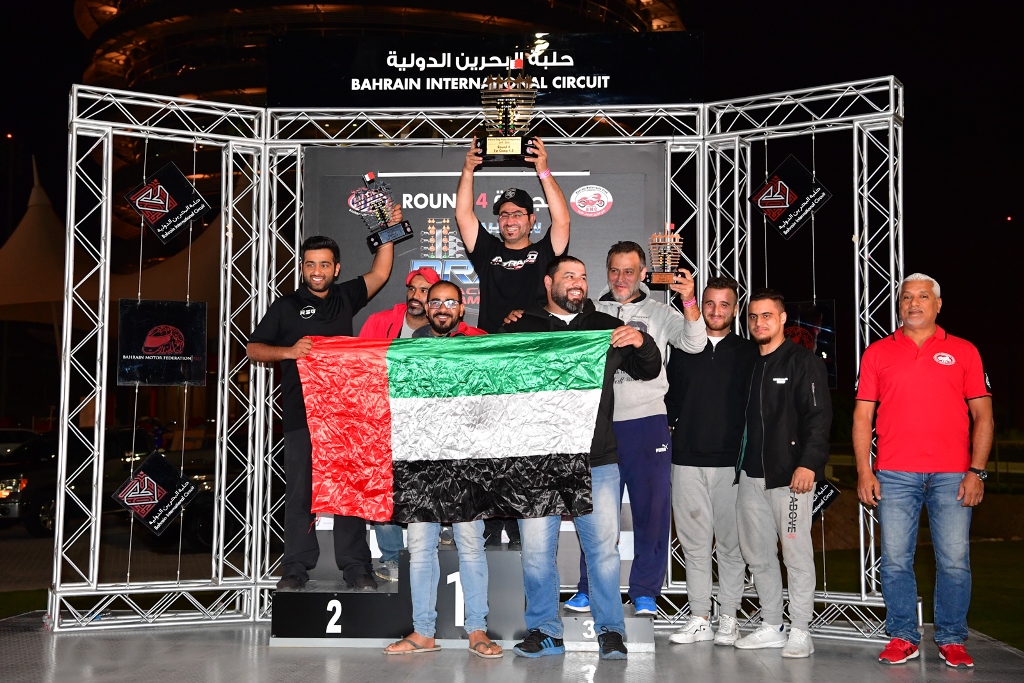 Ali was one of only three Bahraini competitors to climb to the top of the podium at the end of the meeting, which was organised by BIC in cooperation with the Bahrain Motor Federation (BMF), the Bahrain Drag Racing Club (BDRC) and the Bahrain Motorcycle Club (BMC).

Around 140 competitors took part, including more than 100 in the cars classes and the others in the motorbikes categories.

All the action was held along BIC’s NHRA-sanctioned quarter-mile drag strip.

Yousif Khamiri and Sayed Yousif Faisal were the other two homegrown talents to emerge victorious on race day. Khamiri triumphed in the Index 9.5 category while Faisal claimed first place in the Street Fight Bikes class.

Meanwhile, the Kuwaiti and Saudi contingents competing in the round also featured a handful of winners.

Amongst the competitors from Kuwait, Ahmed Alsaeei won in the Outlaw Front-Wheel-Drive class after beating Zakariya Alkuwari in their final with a time of 8.583s at 292.62mph; Mohammed Suliman won the Pro Street V8 with a 7.362s pass at 292.36mph to defeat Esmail Ebrahim; Fahad Kadida overcame Jaber Salman in the Index 8.5 final with a 8.645s run at 245.22mph; and Mohammed Alawwad defeated Christopher Dominique from the USA to win the Pro Bikes class with a time of 4.005s at a top speed of 279.06mph.

Five Saudis triumphed. Ali Saleh Ebrahem won the Outlaw 6-Cylinder category with an 11.366s pass at 102.27mph to beat Hamad Al Merbati; Abdulla Alshamsi won the Super Street V8 in 4.422s at 271.64mph to defeat Hussain Mohammed; Thamer Al Khaldey overcame Ali Khamiri with a 10.615s pass at 186.69mph to triumph amongst the Index 10.5 drivers; Khalid Aldoseri defeated Fadi Abu Jamus in the Index 8.5 Bike final with a time of 8.485s and a top speed of 254.89mph; and Mishari Alturki won the Super Street Bikes class after finishing the final ahead of Bader bin Eidan in 4.467s with a top speed of 259.33mph.

Elsewhere in round four, Abdulmajid Al Zarooni of the UAE won the Competition 4.5 class after beating Obaid Al Balooshi with a 4.522s pass at 249.15mph in their final.

At the end of all the racing, the winners have presented their respective trophies in the podium ceremony attended by BIC, BMF, BDRC and BMC officials.

The drag racing season now heads to the 2019/2020 championship finale, scheduled for February 25 to 28 at BIC.