Friday was a great day in Finnish acceleration history. Under four seconds, it has never been possible to reach any Finnish track. Anita Mäkelä hit the board with handsome figures of 3.987s at 489km / h at the final speed. Accelerators finally got their hopes of fulfillment. The tremendous work of the FHRA track group has now been rewarded in the best possible way. It was great that Anita Mäkelä and her team had long been waiting for the first day of sorting.

In the Top Fuel Bike group, there was a stunning pair of quadruple finishes, with four drivers driving for almost five seconds. Rikard Gustafsson from Sweden and Filippos Papafilippou from Greece took a measure of the difference between Gustafsson’s time of 5,836 and the victory of Papafilippo, who had a time of 5,865. Really tight race. The Rikard Gustafsson motorcycle finally reached a final speed of 409.61 km / h. It’s Europe’s fastest time in this group. Filippos Papafilippou Saturday was bright on the weather, and all day long, we could enjoy drag racing at its best. Anita Mäkelä continued on the well-established line and banged a new triple, 3.992 and final speed of 487km / h. 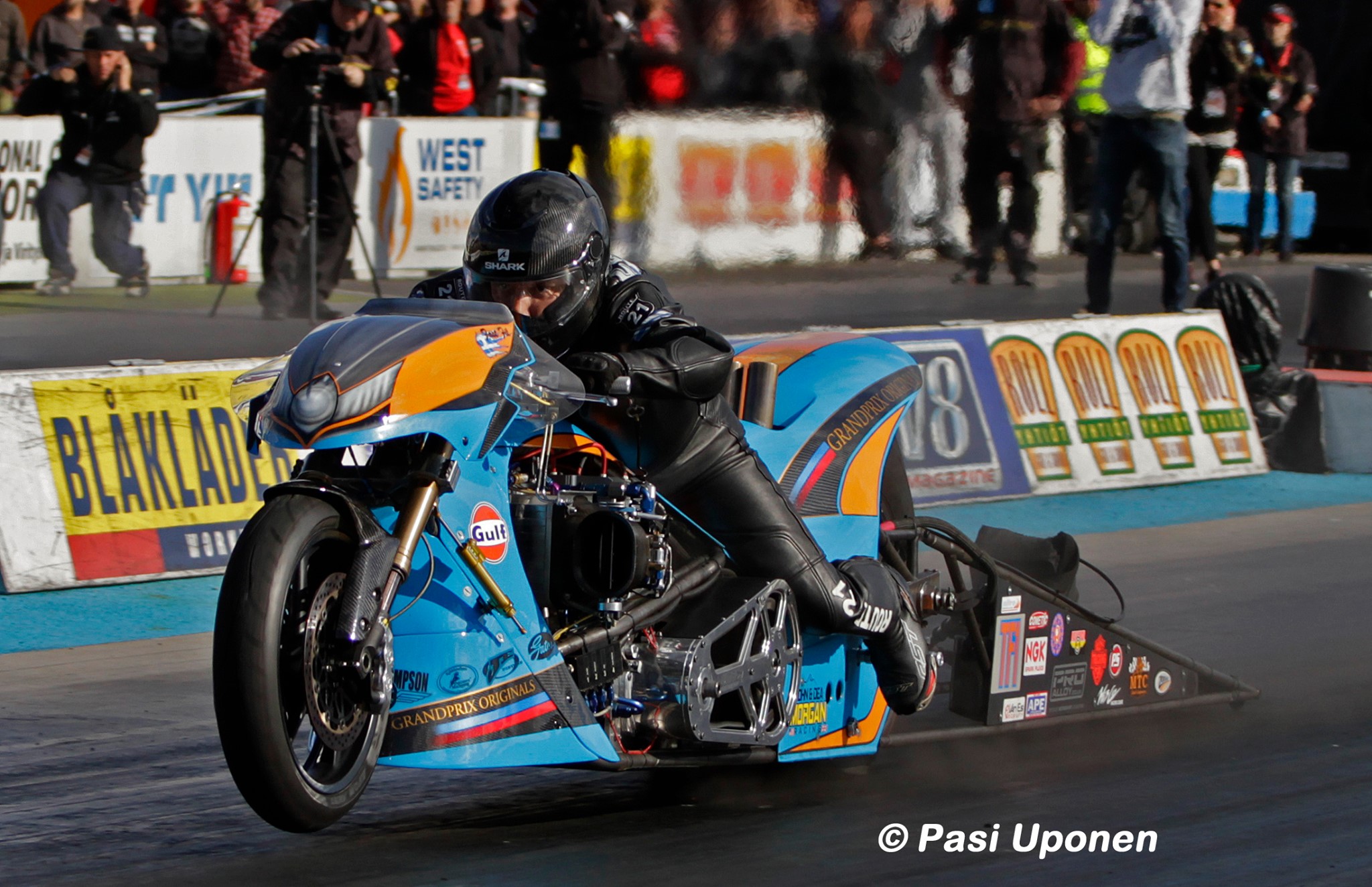 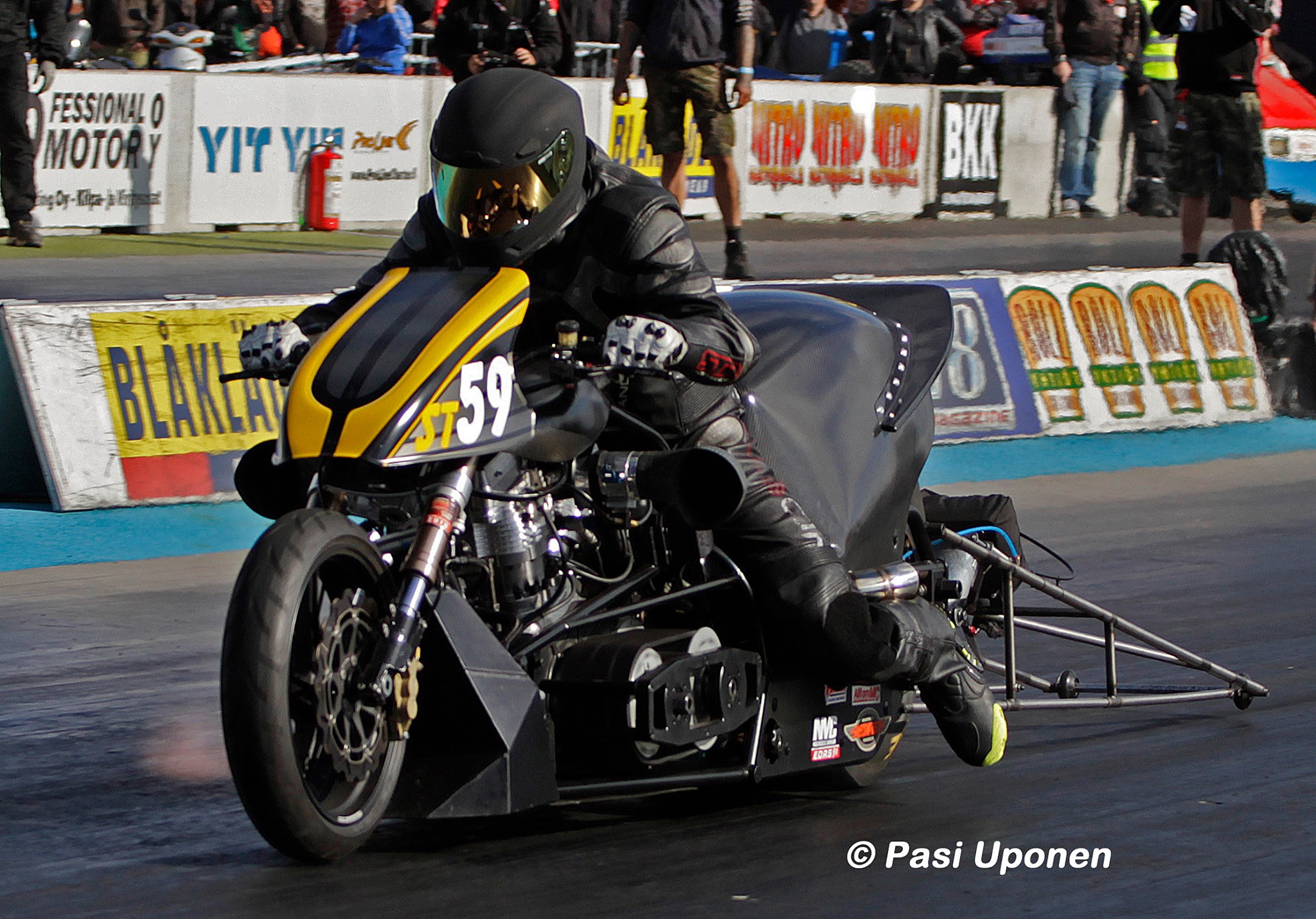 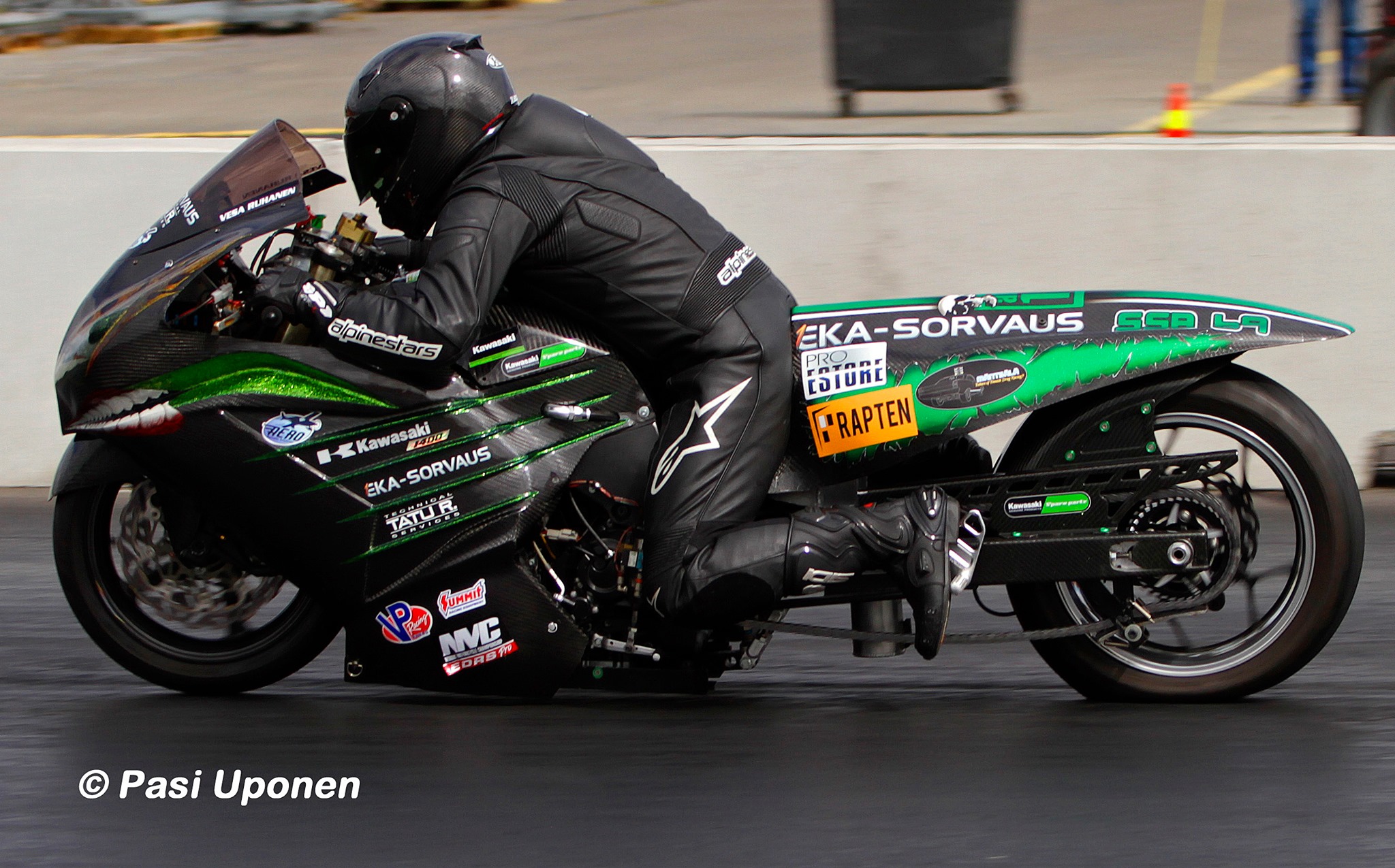 In Top Fuel Bike Filippos Papafilippou have set the European records on fire round after round as they have entered the 5 second zone, the first time in FIA racing history for the Top Fuel Motorcycles!

Click here to see all time sheets on the FHRA Forum page.

Round Notes by Rose Hughes 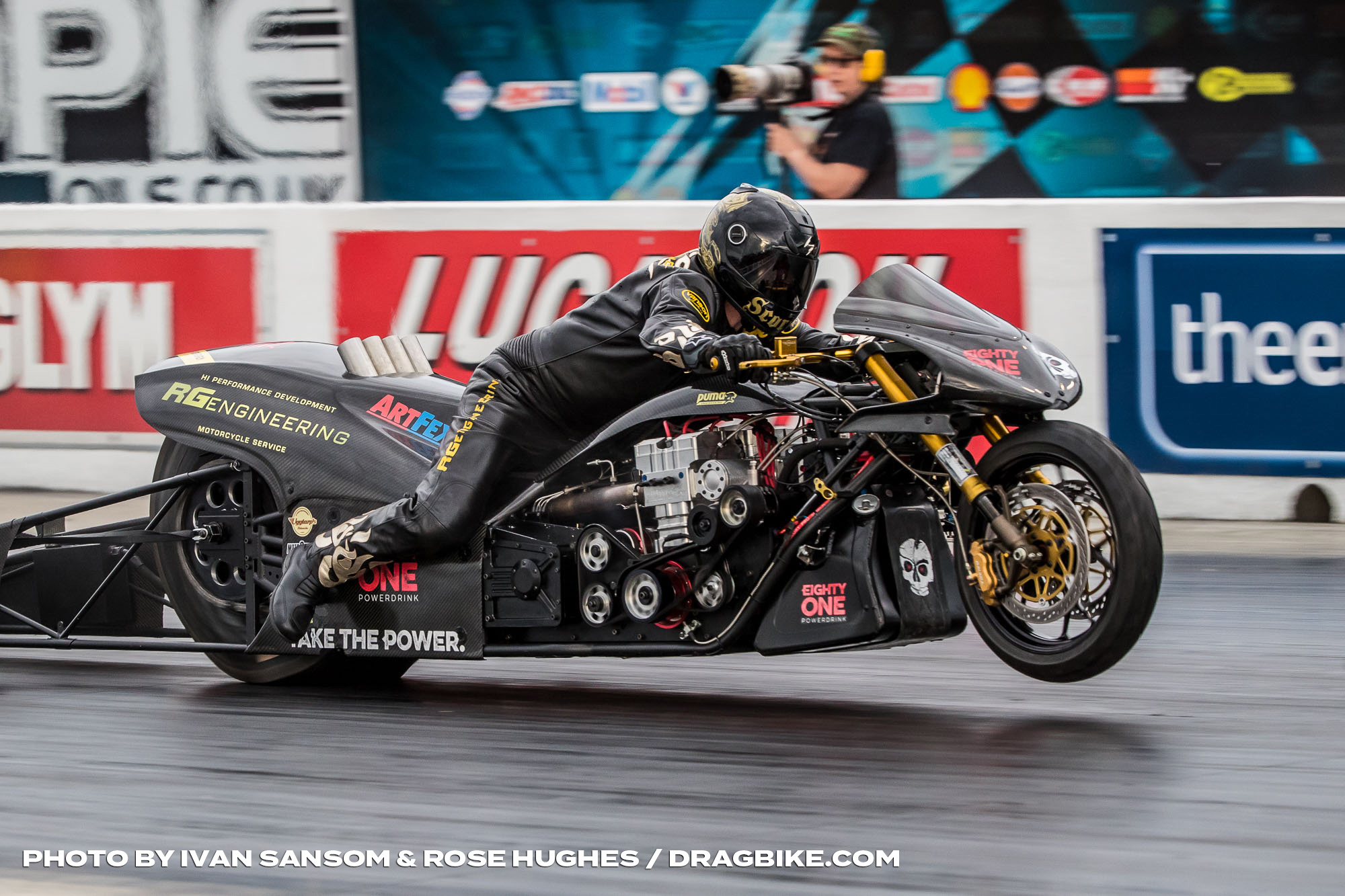 Round One – Top Qualifiers

Click here to see all time sheets on the FHRA Forum page. 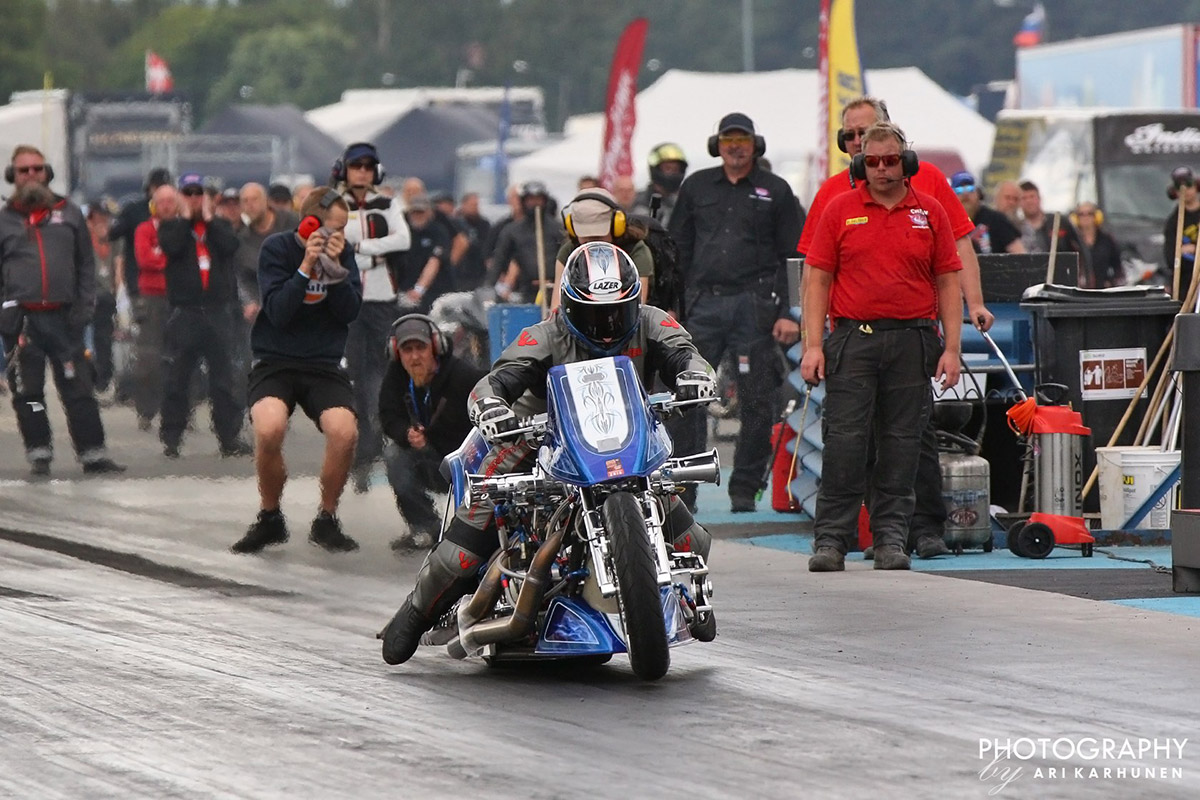