After a very successful 2019 season with the Xtreme Dragbike Association (XDA), the top 10 Pro Street riders headed back to Maryland International Raceway to compete at the Haltech World Cup Finals (WCF) Import vs. Domestic race presented by Wiseco. The event produced by Jason and Chris Miller of Miller Brothers Productions, and is a must-attend event in the drag racing community. 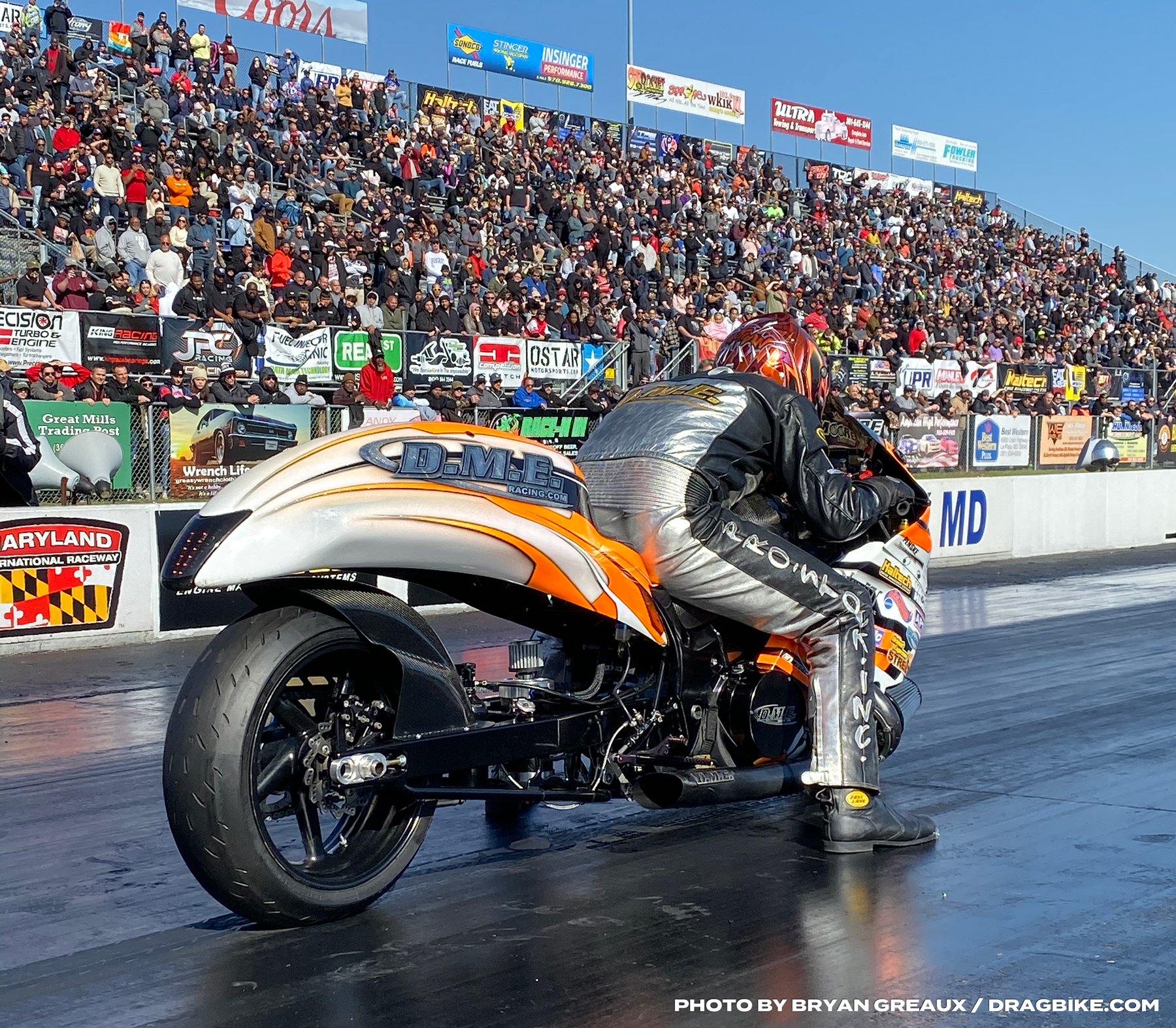 This year 46,000 fans were in attendance, while over 2 million people watching on the Live Feed from 175 countries! This was the biggest event in WCF history, and once again the Pro Street Motorcycles were a welcome addition. For the second year, the class was sponsored by Ralphie Navarro of Platinum General Services,  who also paid the entry fees for all the riders to attend. The top ten in XDA points earned a spot to qualify for an eight bike field. 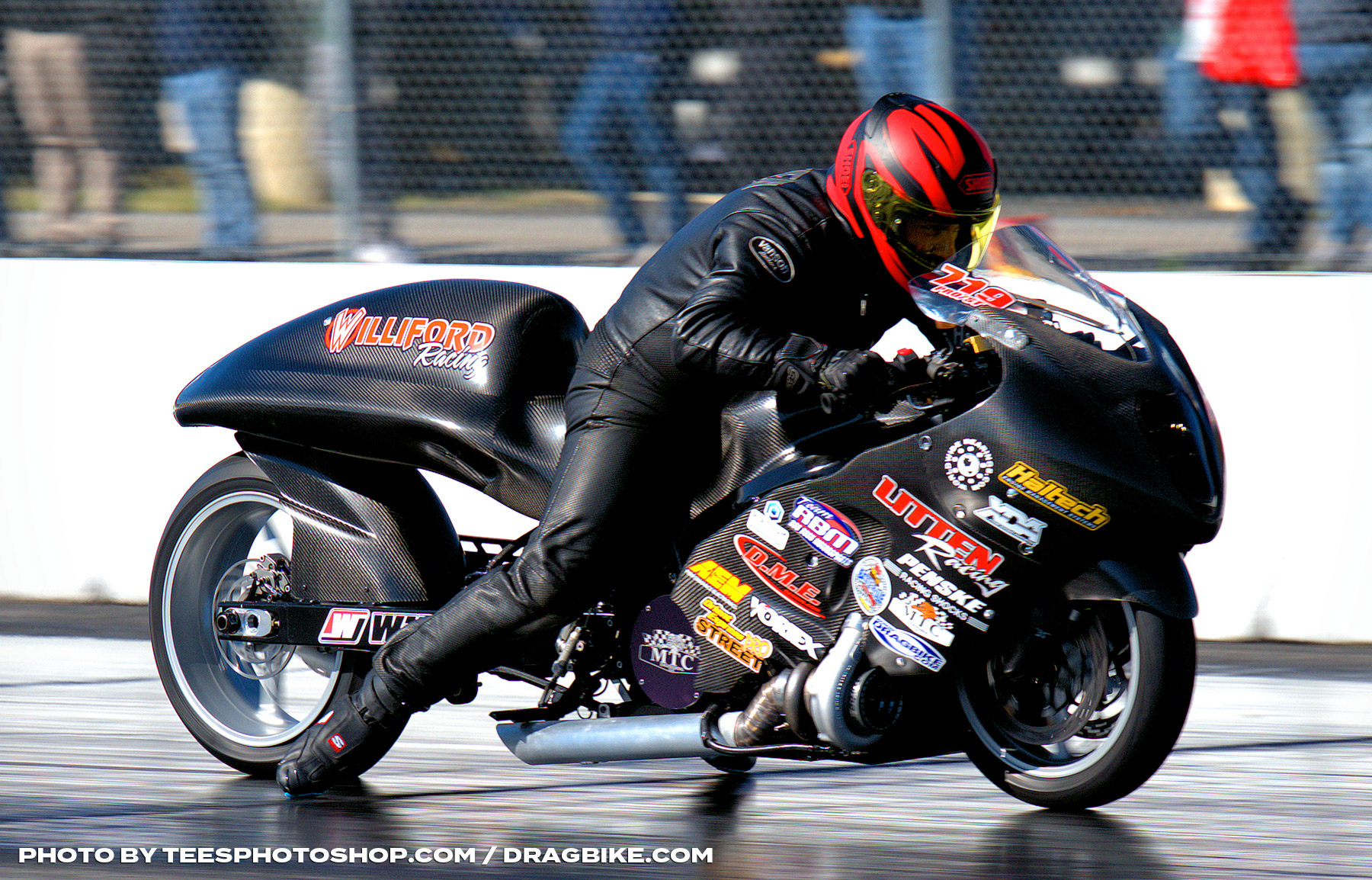 Ehren Litten on the quickest Pro Steet motorcycle in the world. 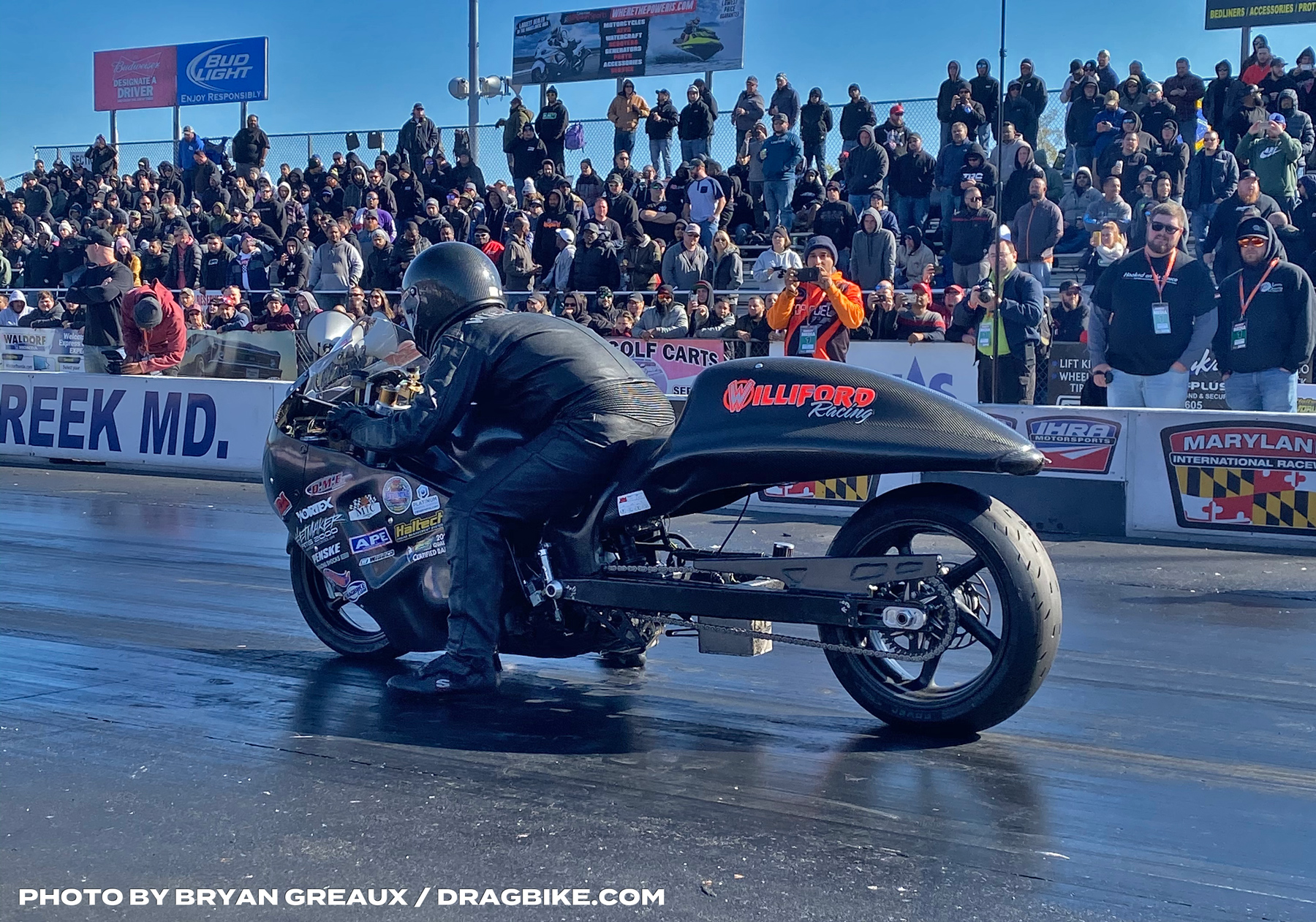 With the 10 of the quickest and fastest bikes in the world on the property, the competition for the 8 spots would be just as dramatic and pressure-packed as eliminations. After 5 rounds of qualifying that started on Thursday, DME Racing’s Jeremy Teasley took the number one qualifying spot with a 6.428 and set the class record with WCF. Rodney Williford was chasing him with a 6.506 to take the number two qualifying position, making them the favorite for a final round finish on Sunday.  Dunigan for the second year in a row qualified on the bump of the 8 bike field with at 6.776, taking Gaige Herrera and Darion Payne out of  Sunday competition. 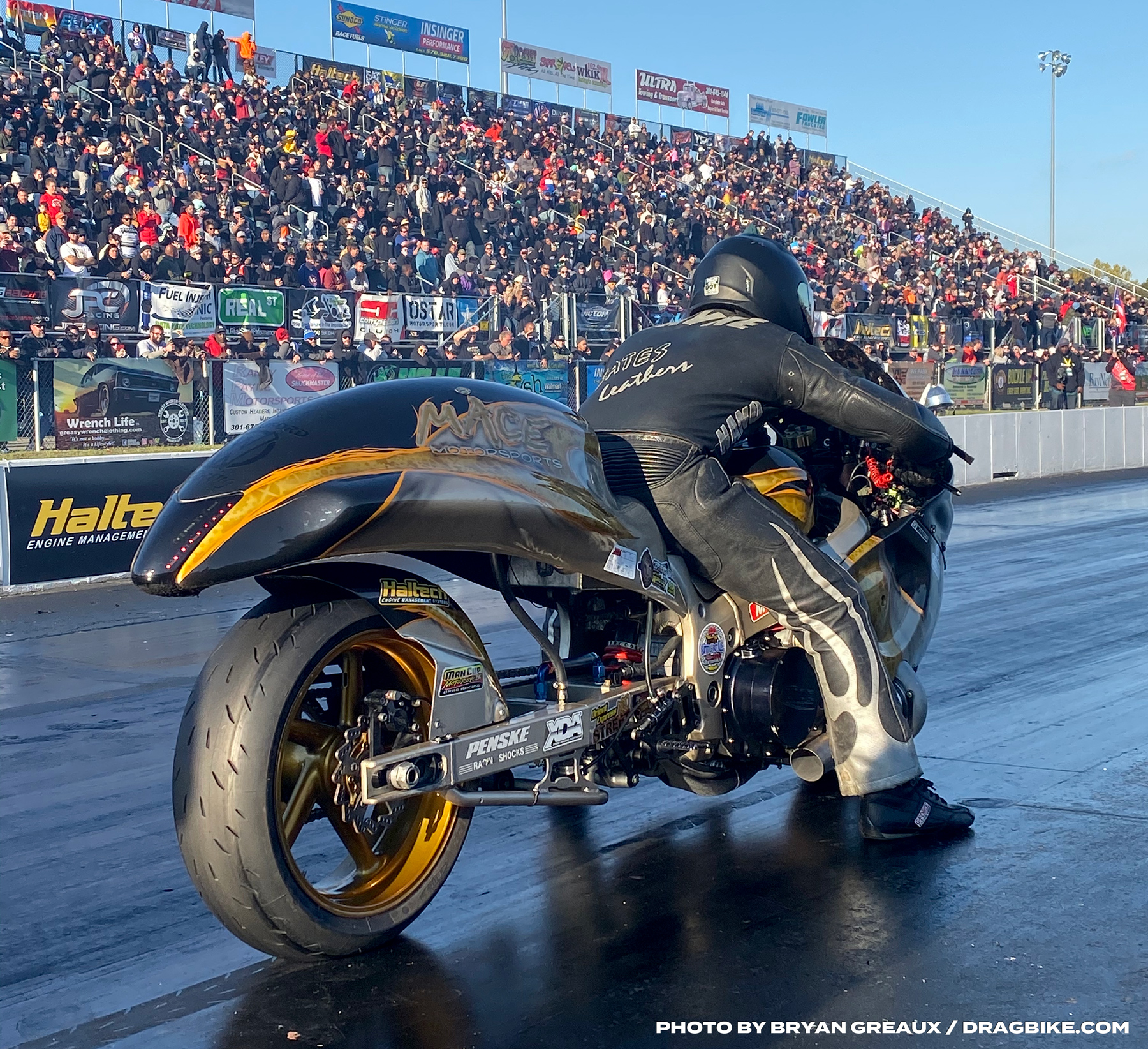 The Platinum General Services Pro Street Motorcycles were eager to break records, however, with the cooler temperatures and an event with numerous radial tires, the guys had to adjust to an entirely different track prep from what they normally find at XDA events. So they had to adjust from record-breaking tune-ups to A-to-B tunes. This wasn’t what the riders wanted to hear, but they all adjusted and prepared for Sunday eliminations. 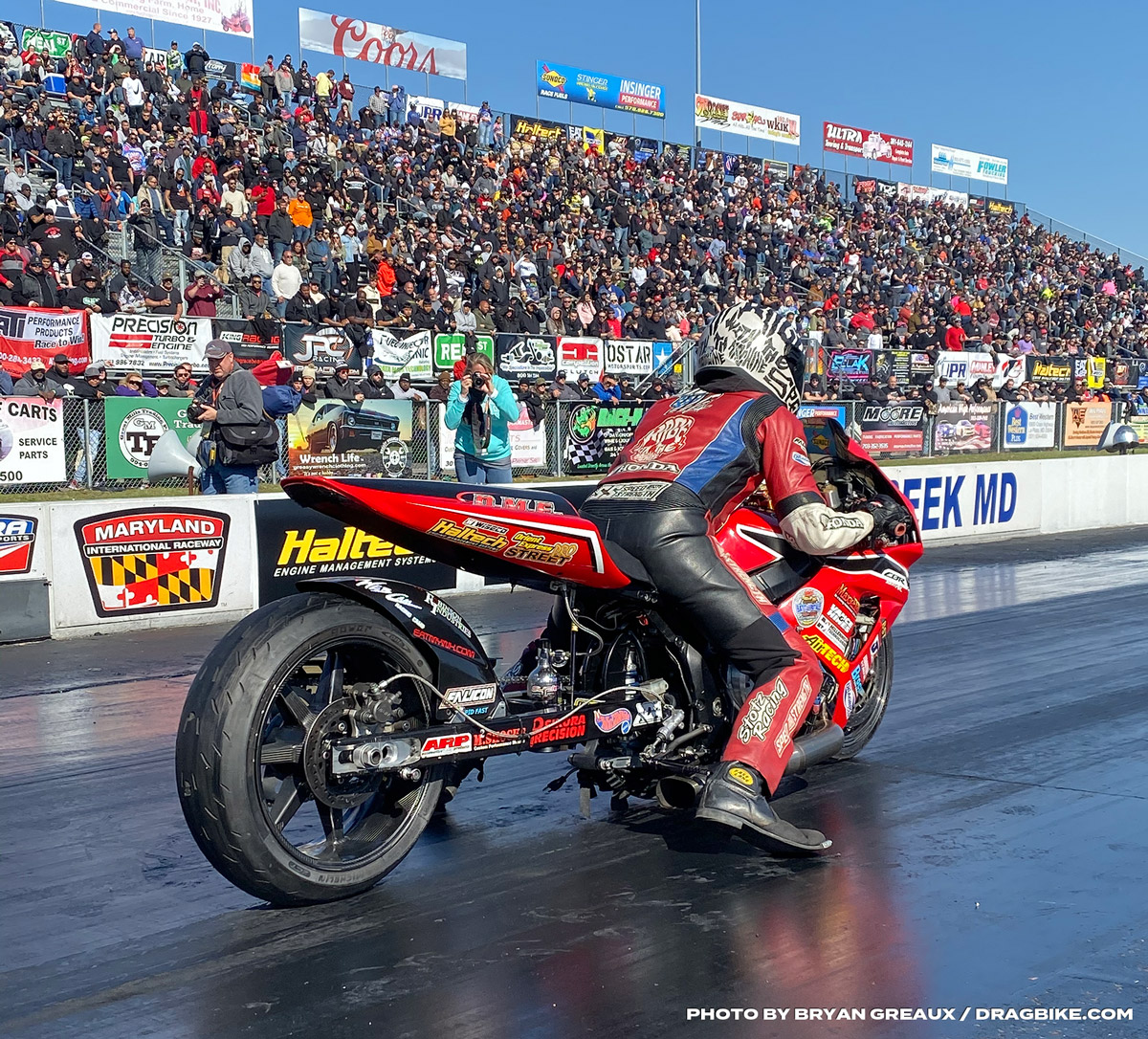 In round one of competition, the competitors in the right lane had a real struggle to deal with as that lane just wasn’t holding their power as well as the left lane. All four competitors blew away the tire at the starting line to send left lane competitors, Teasley, Moore, Haase, and Stotz to round two of competition. Stotz was lucky Shakir had problems because the little honda went airborne at half-track to show off Frankie’s riding ability to recover. Check out the pass in the video below. 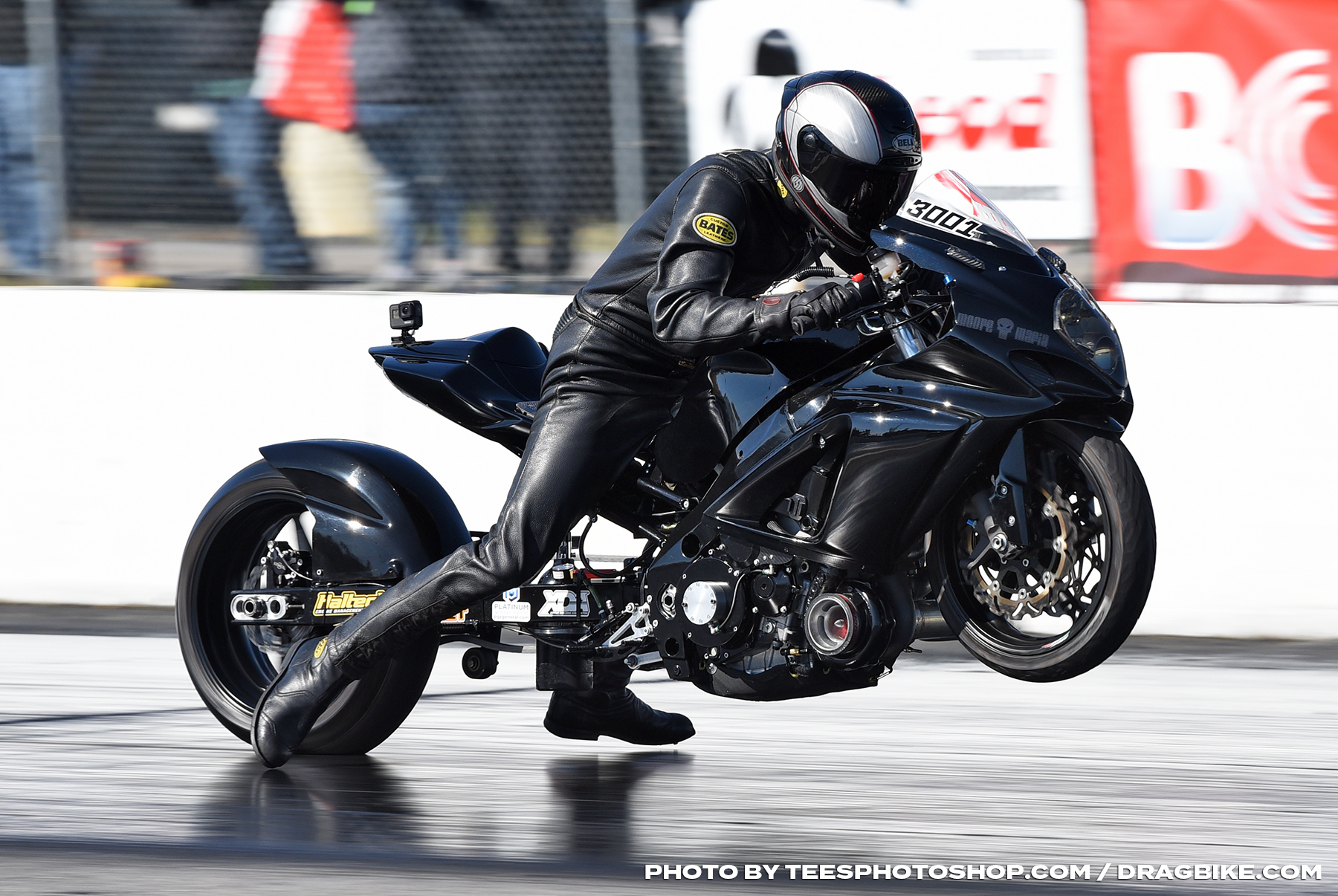 In round two it was a battle of the liter bikes, and WCF advocate Jordan Haase on the only Hayabusa left in the competition. Teasley drove away from Moore running a 6.542 to his 6.941 making them the two fastest runs of the session.  Jordan Haase had problems leaving the line in the right lane allowing Stotz to make an easy pass running 7.462. 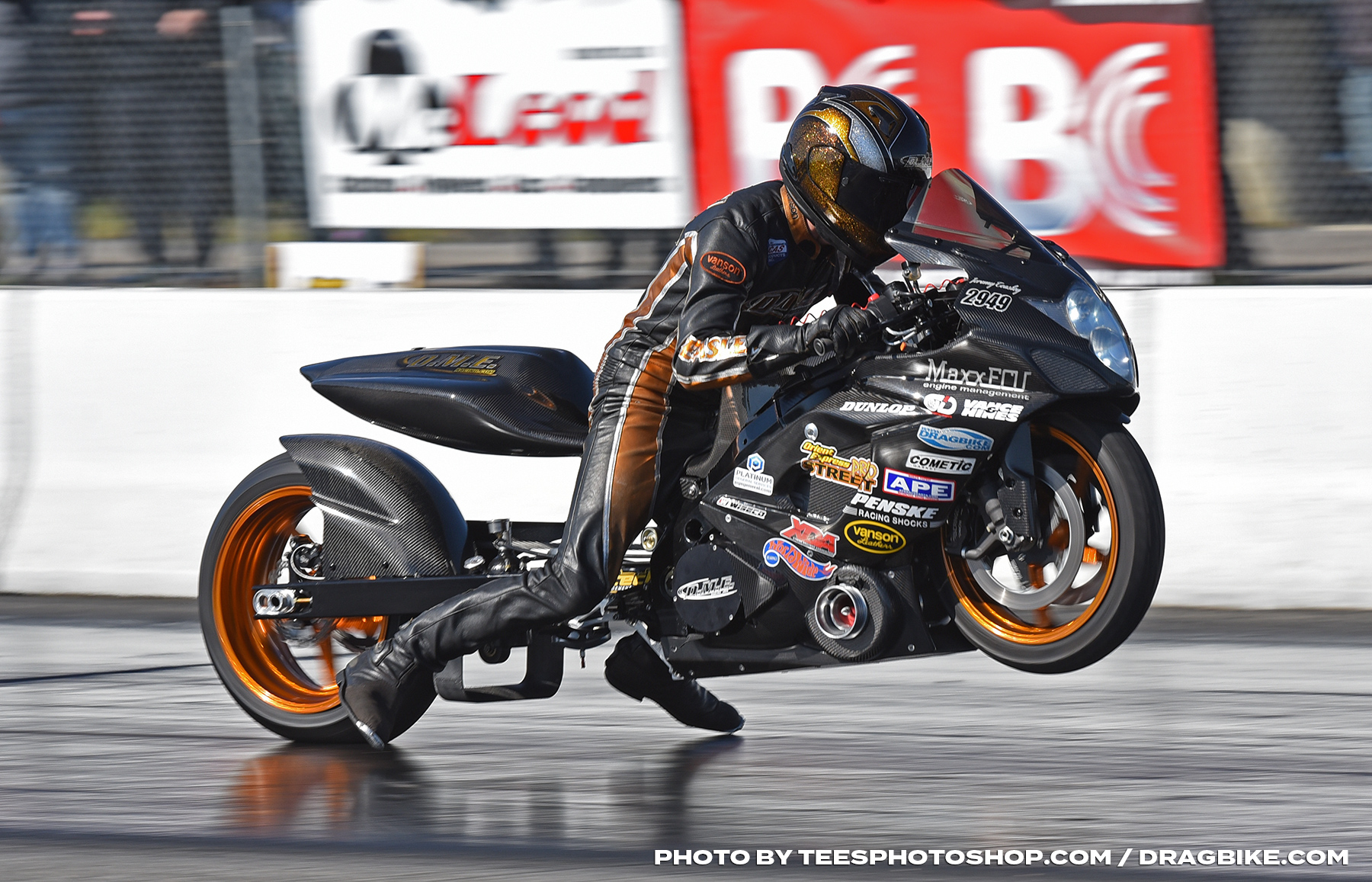 In the final round, Frankie Stotz had issues keeping his bike running in the water box and was timed out by officials allowing Teasley to make a pass to take the win. However, the DME Racing team waited for Stotz who ultimately was unable to complete a proper burnout. Frankie did what he could to get the bike in the beams, and while he gave the run his best, it was no match for Teasley’s 6.565 at 219mph run. 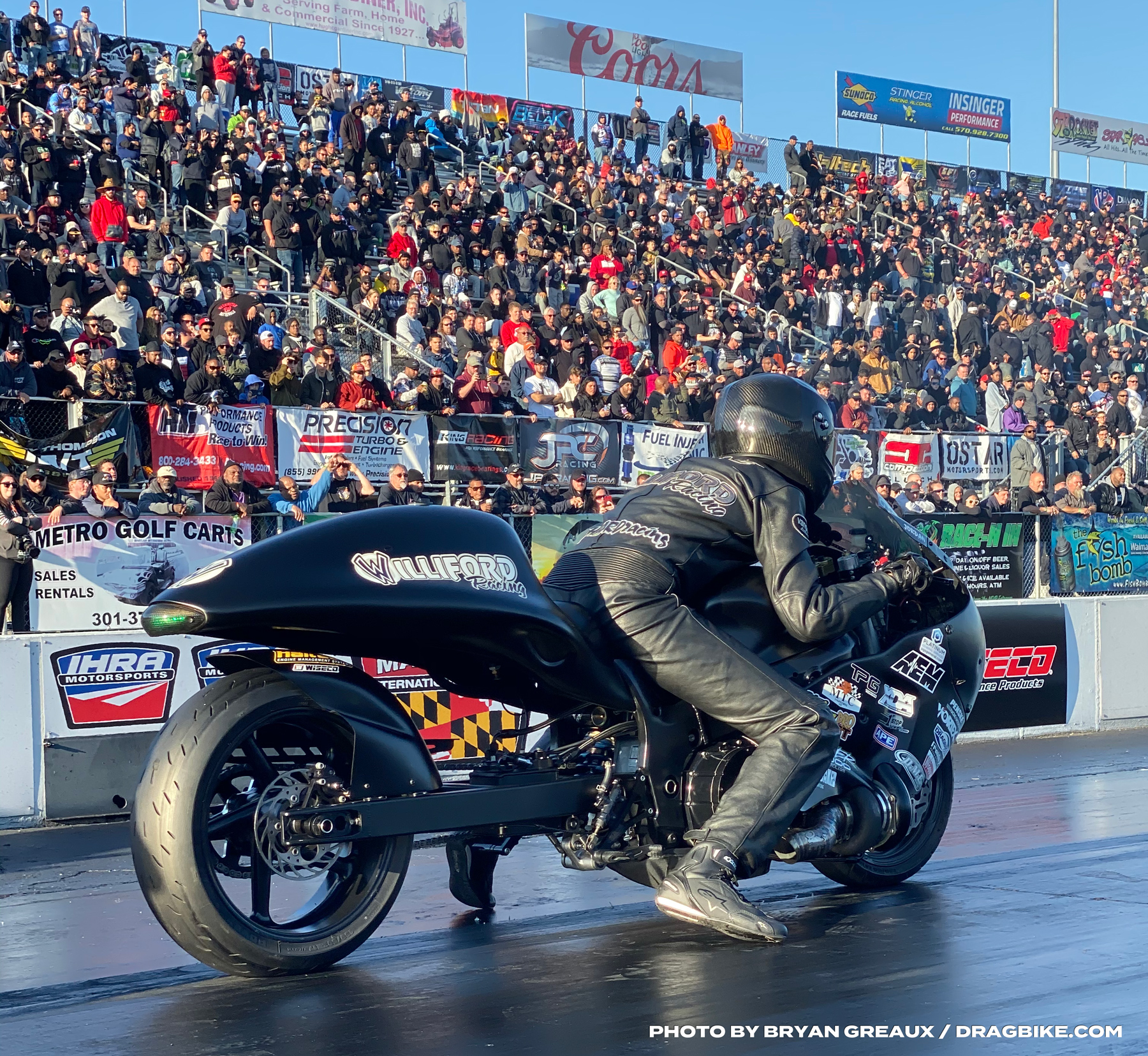 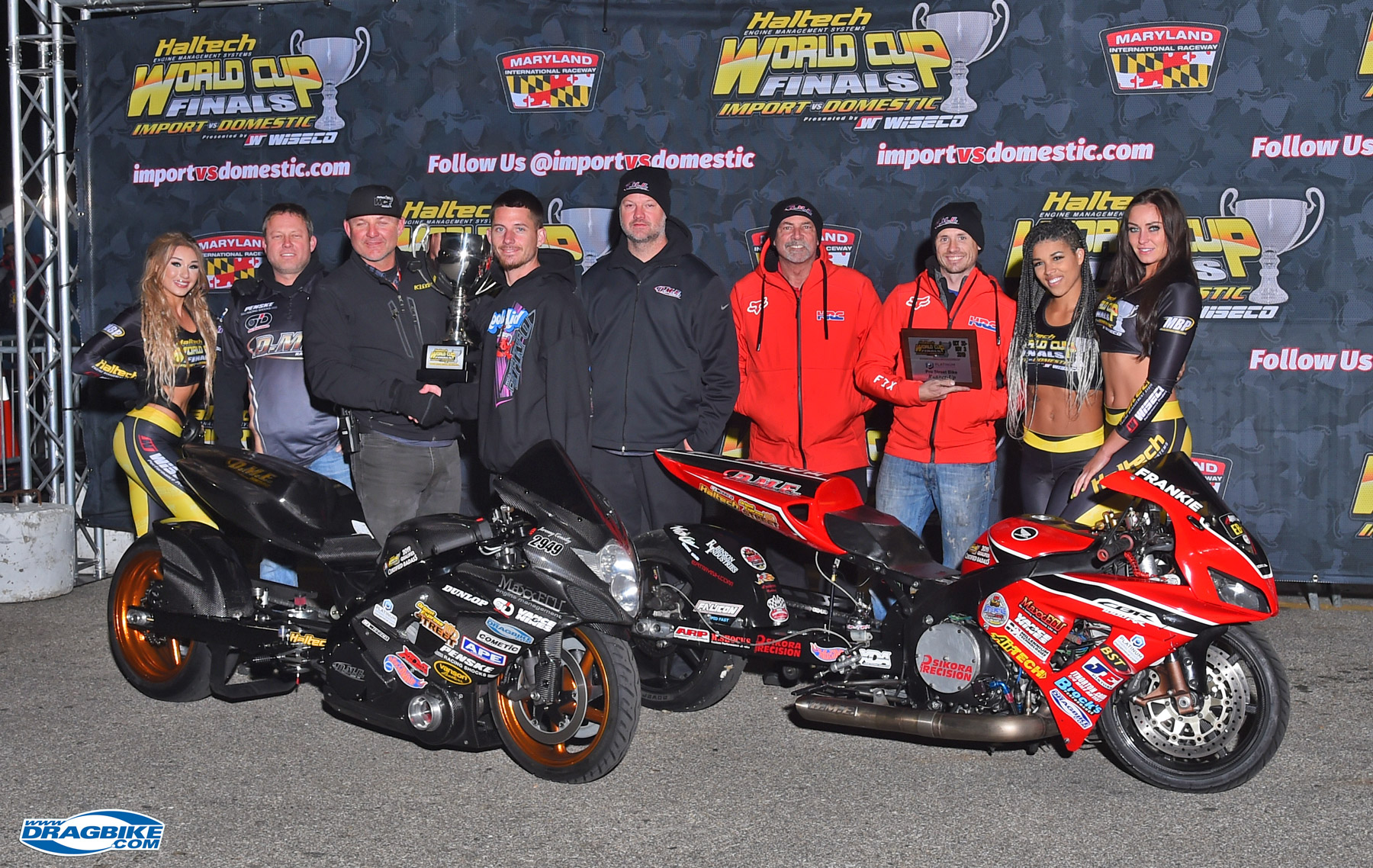 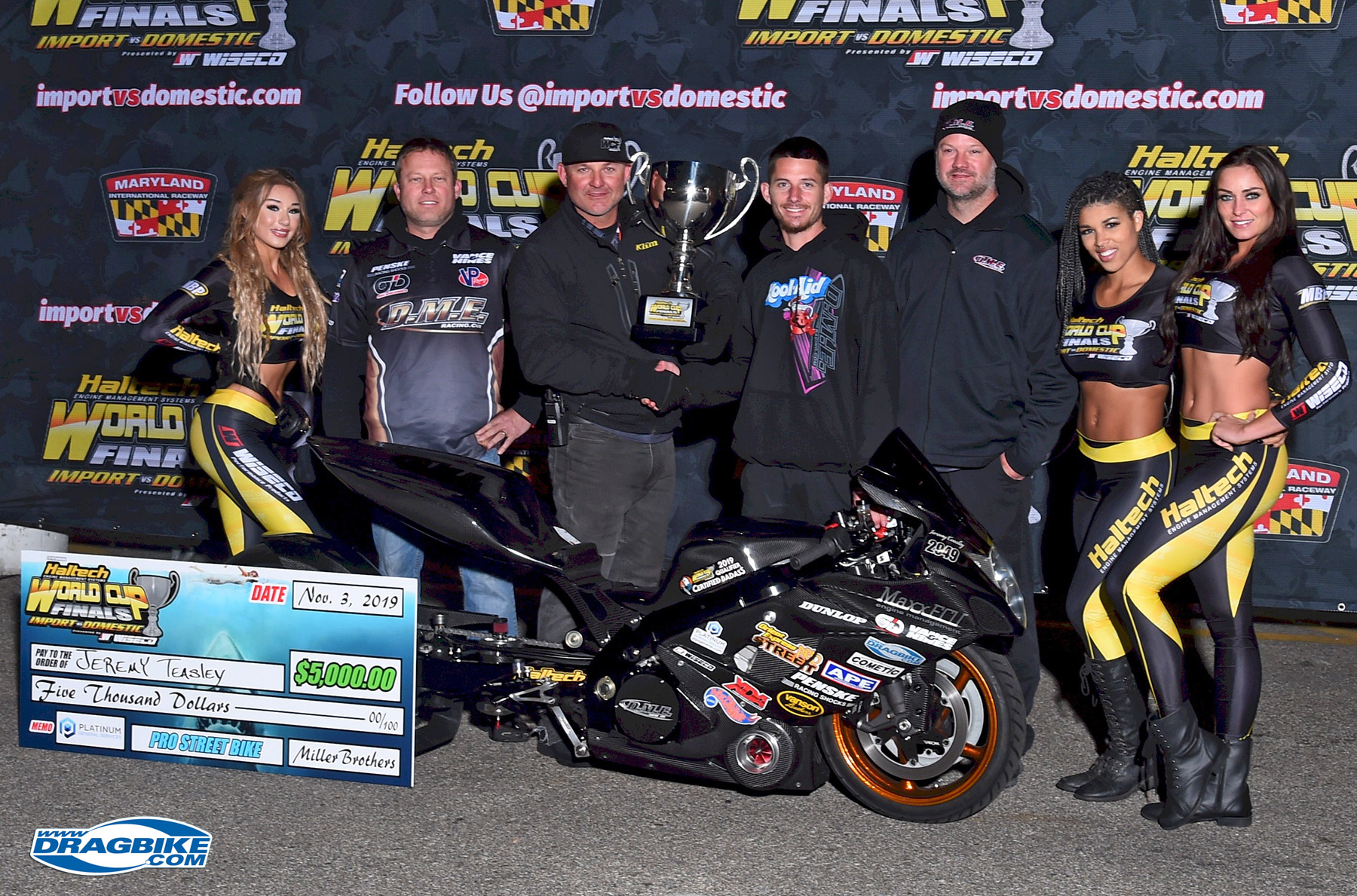 CLICK HERE to watch all the LIVE FEED Coverage of the event by SpeedVideo.com 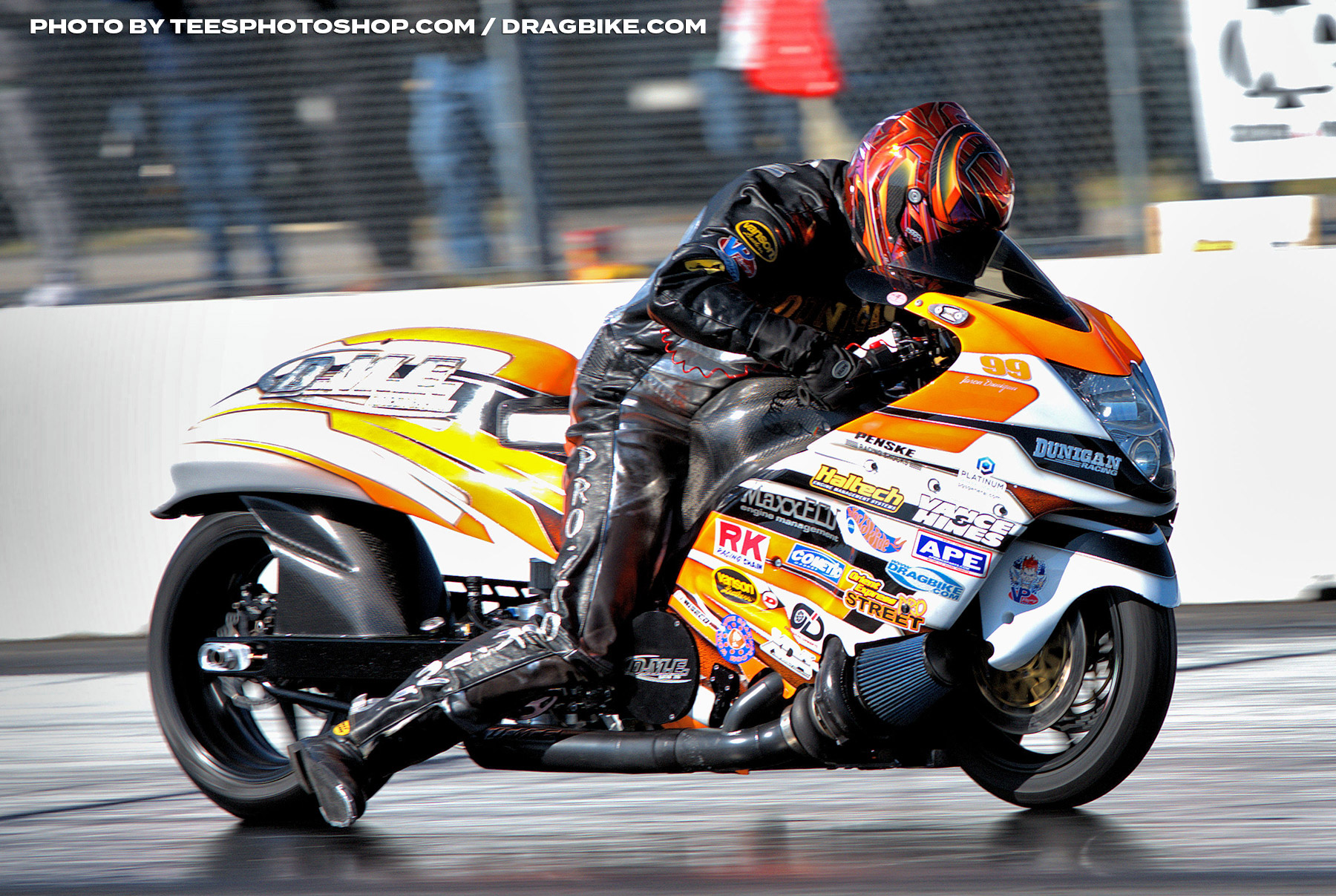 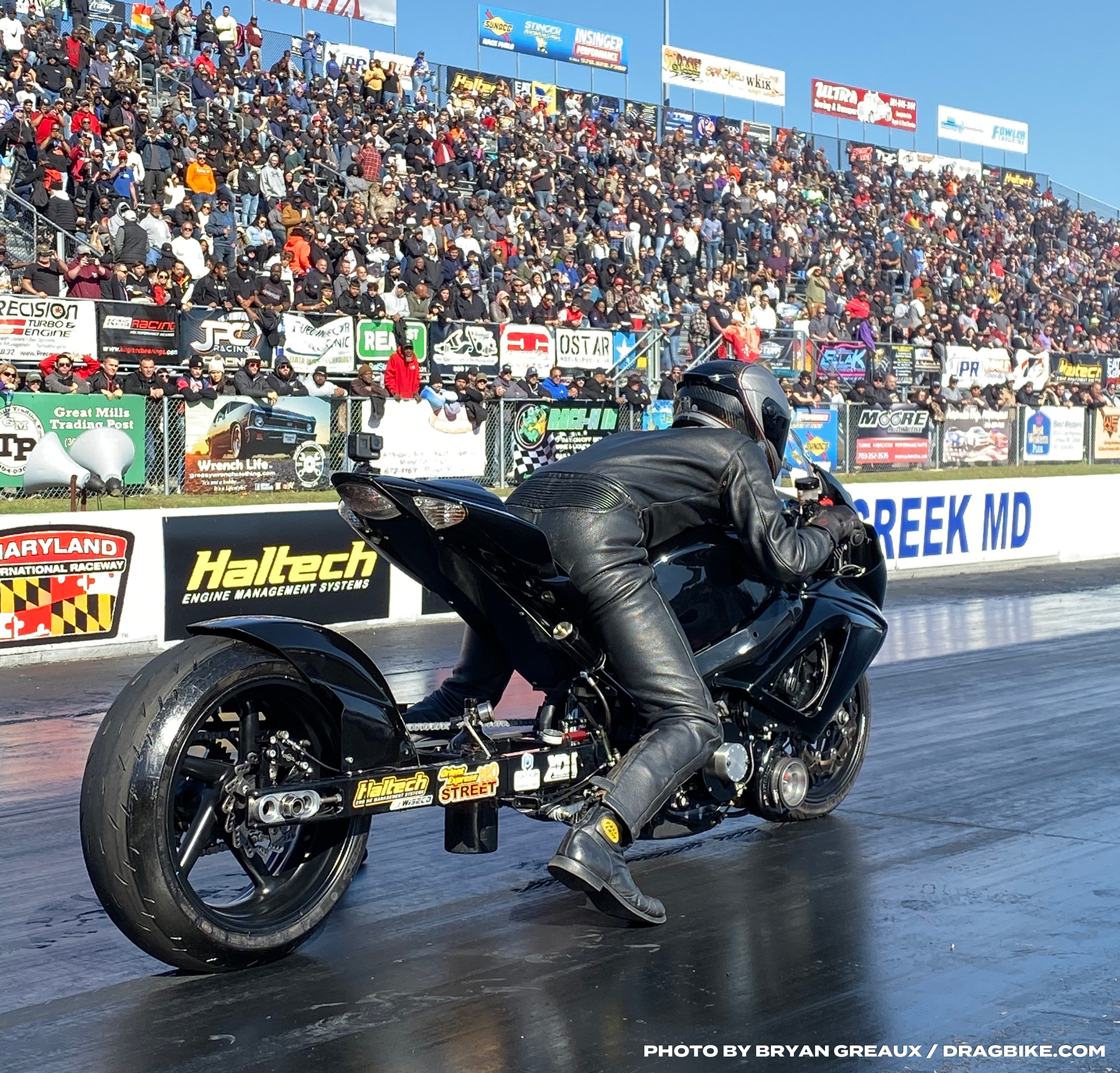 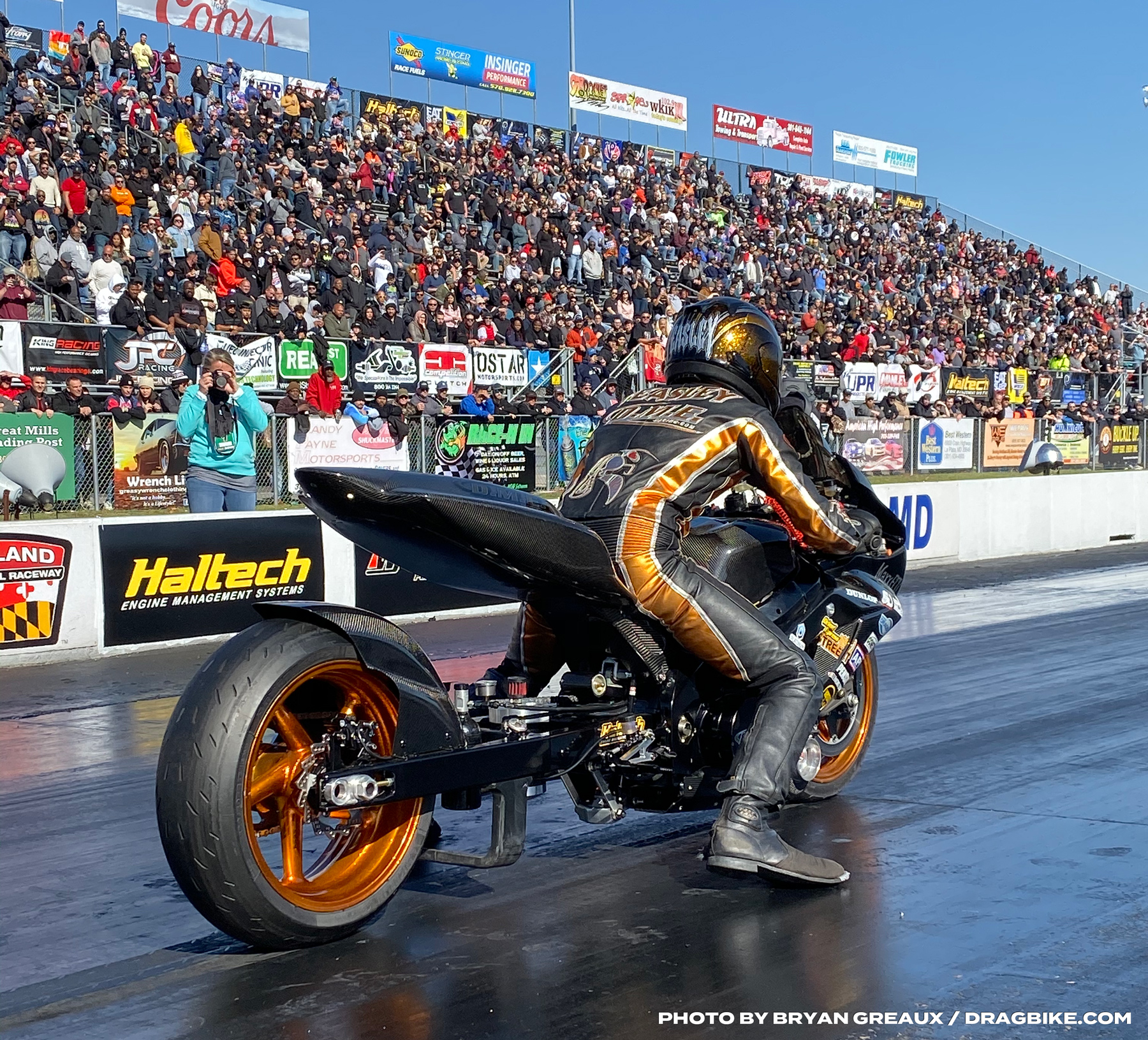 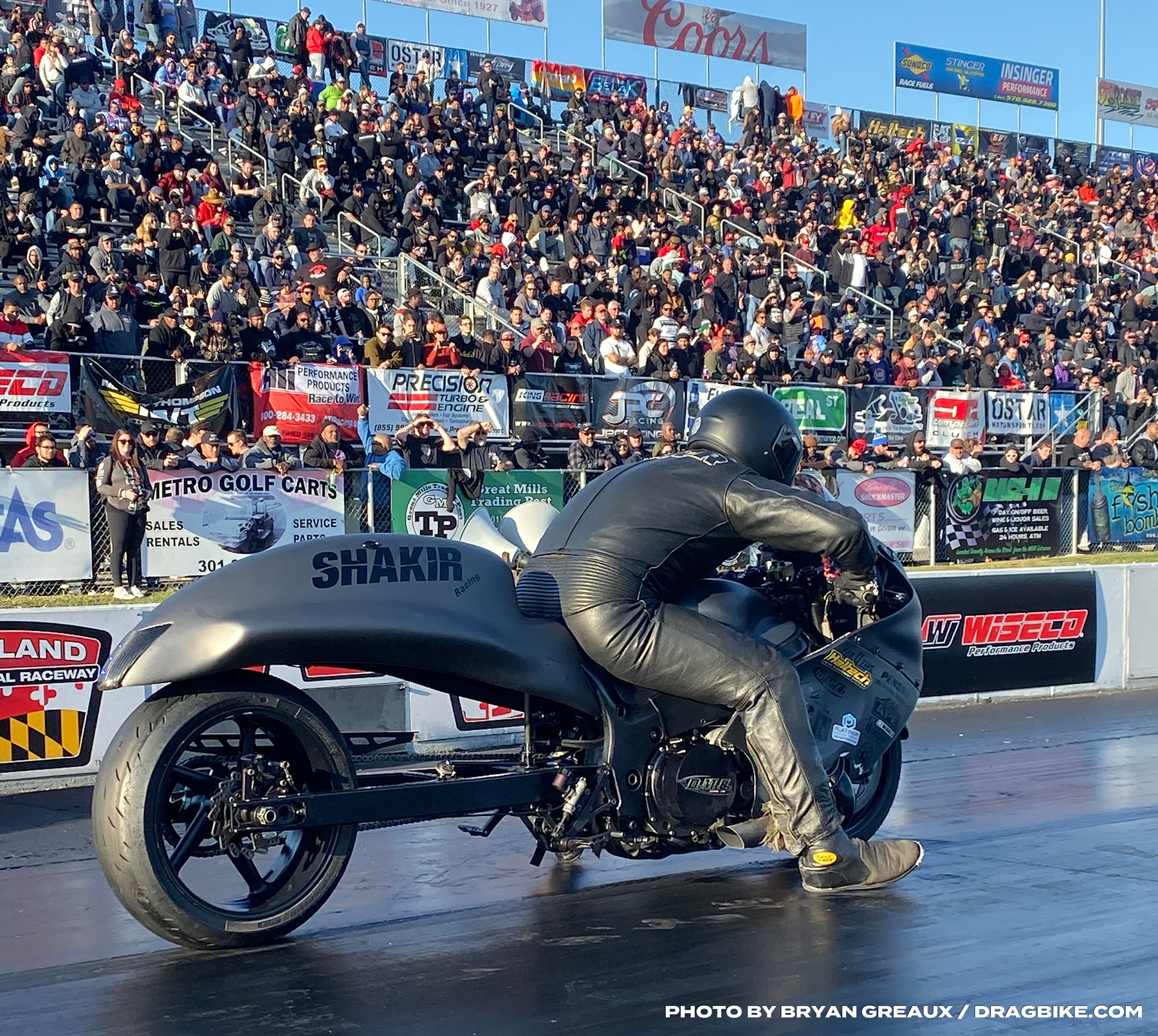 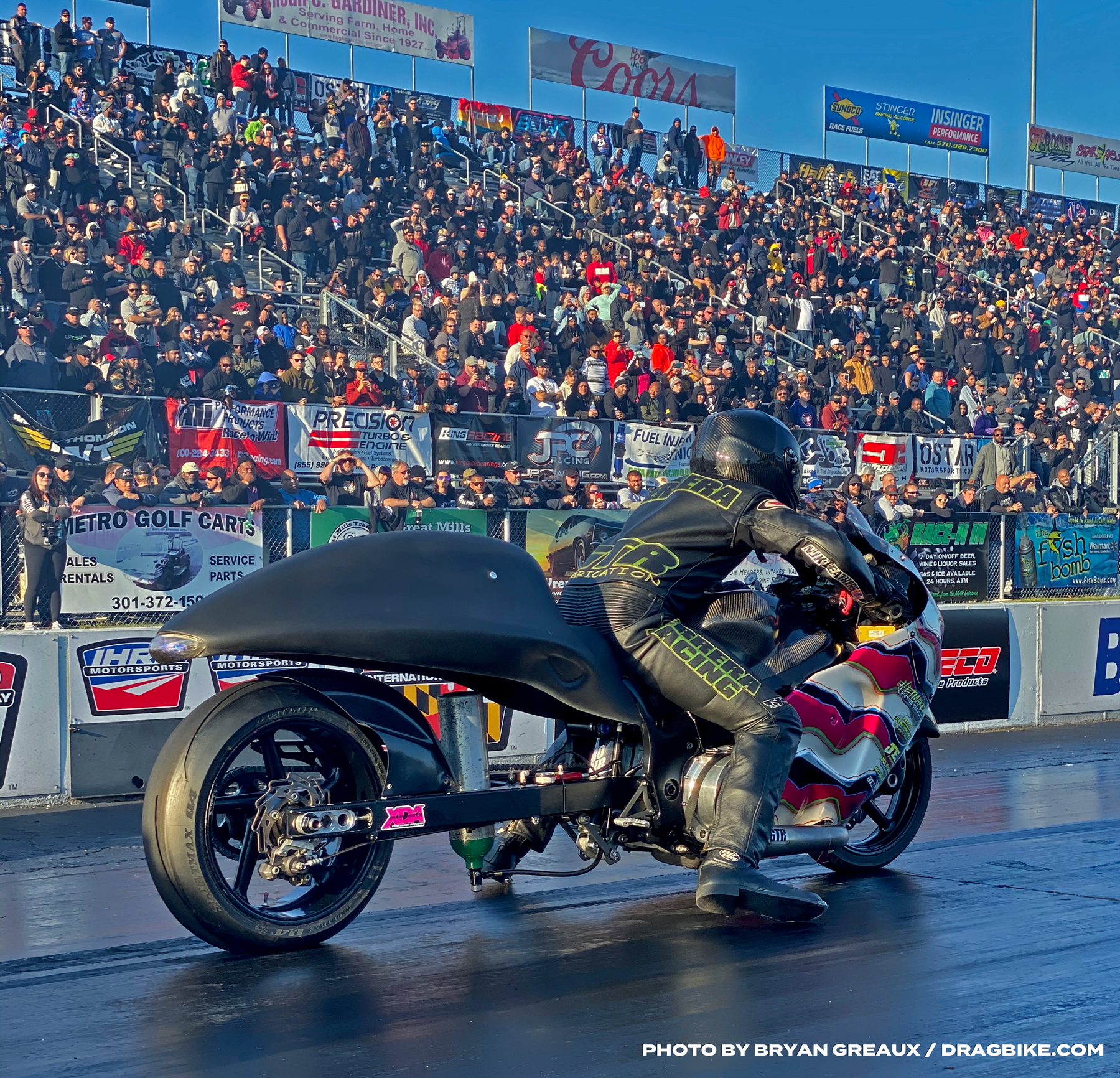 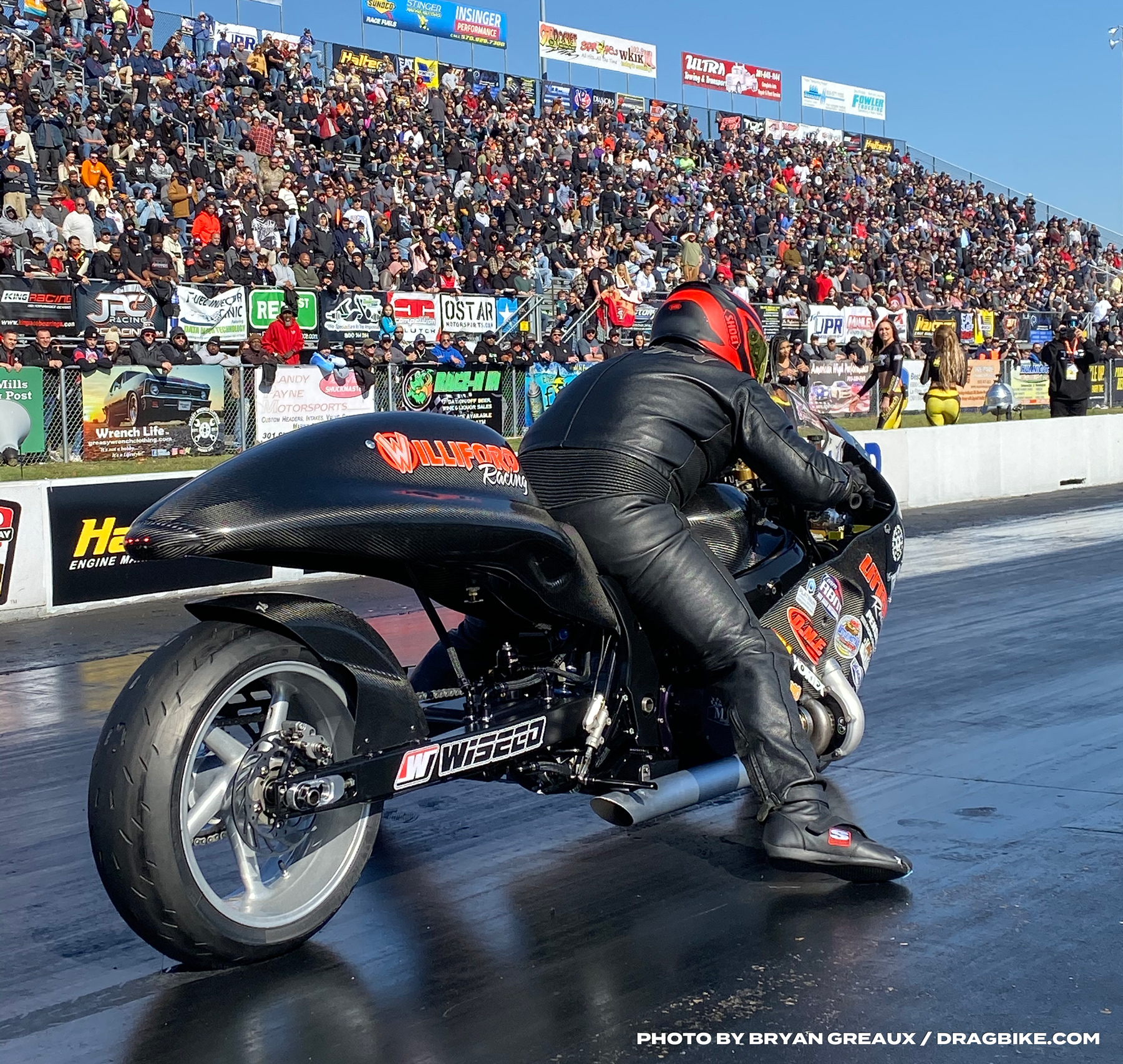