Matt Smith wrapped up his second straight world championship and fifth overall by winning in the second round on his Denso Auto Parts/Stockseth/Matt Smith Racing EBR against three-time world champion Angelle Sampey. Smith was first off the starting line in the pivotal matchup to pull off the holeshot victory and replicated that in the final round, going 6.817 at 200.74 to beat Karen Stoffer on a holeshot. That gave Smith six victories during his championship season.

“The goal was to at least get three round wins today,” Smith said. “When we beat Angelle and Steve (Johnson) lost right in front of us, I knew we were champs. Everything worked out for the best. I knew we were going to have a tough race with Karen, but I hit the Tree as hard as I could and had the best light of the weekend for me. We just made it work and performed well on the starting line.”

Stoffer, who also qualified No. 1 and made her first career 200-mph run this weekend, advanced to her third straight final to close the year, knocking off Kelly Clontz and Scotty Pollacheck. Smith, though, was brilliant the entire season, knocking off Ryan Oehler, Sampey and Eddie Krawiec on Sunday to reach the final round en route to his 32nd career win. 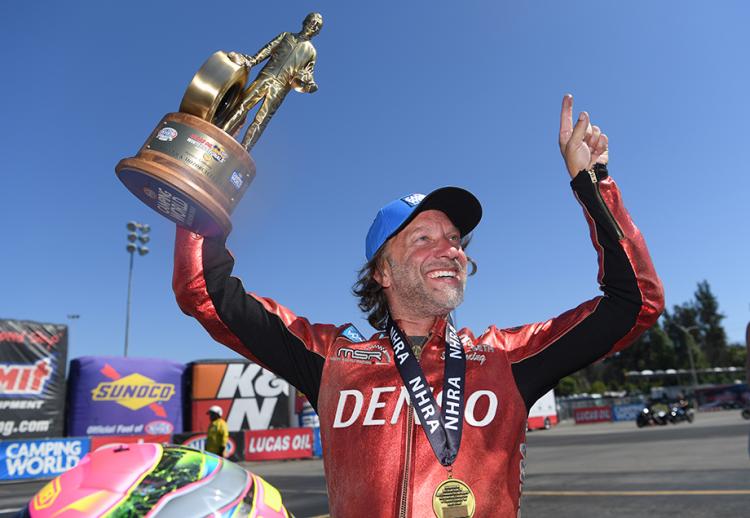 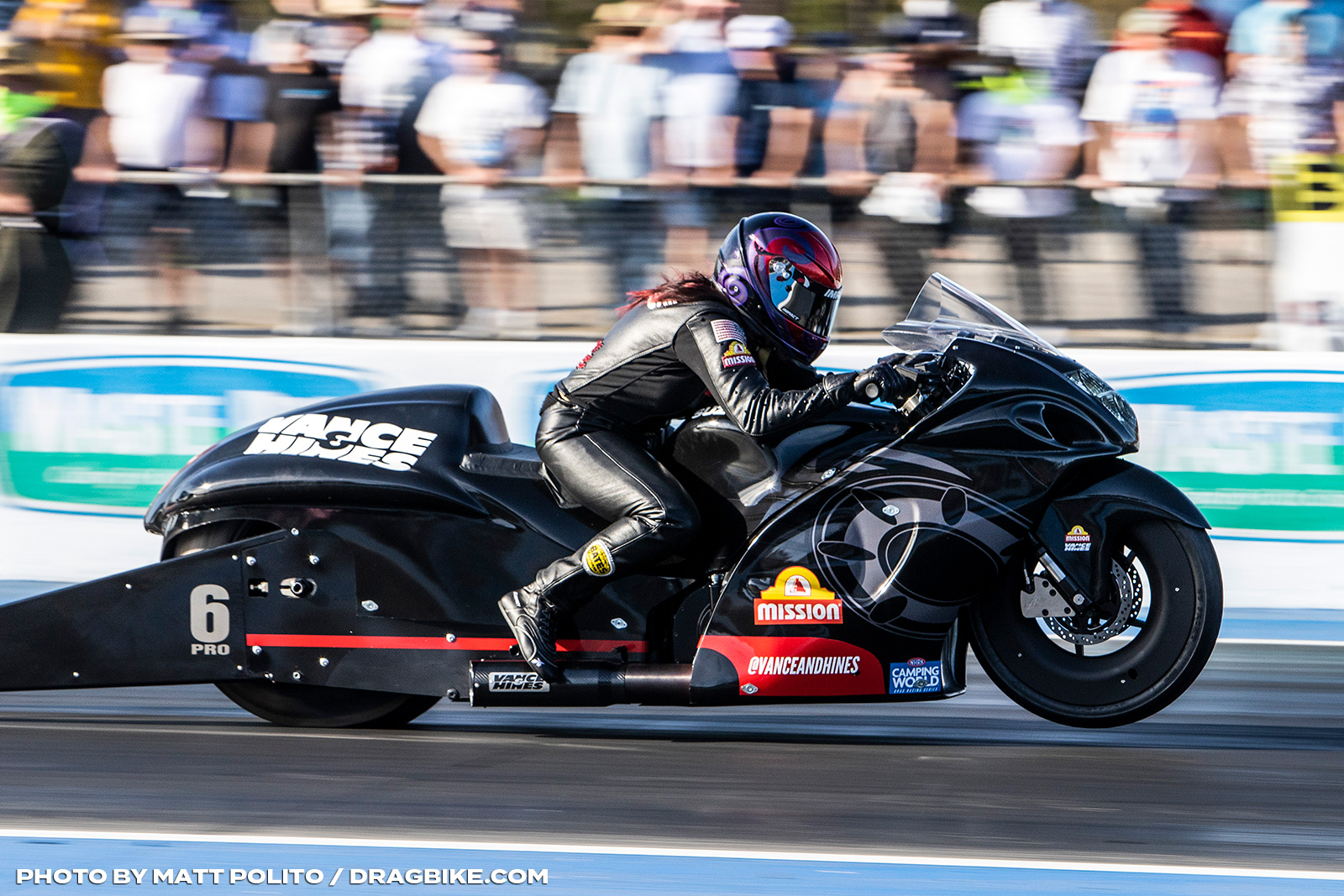 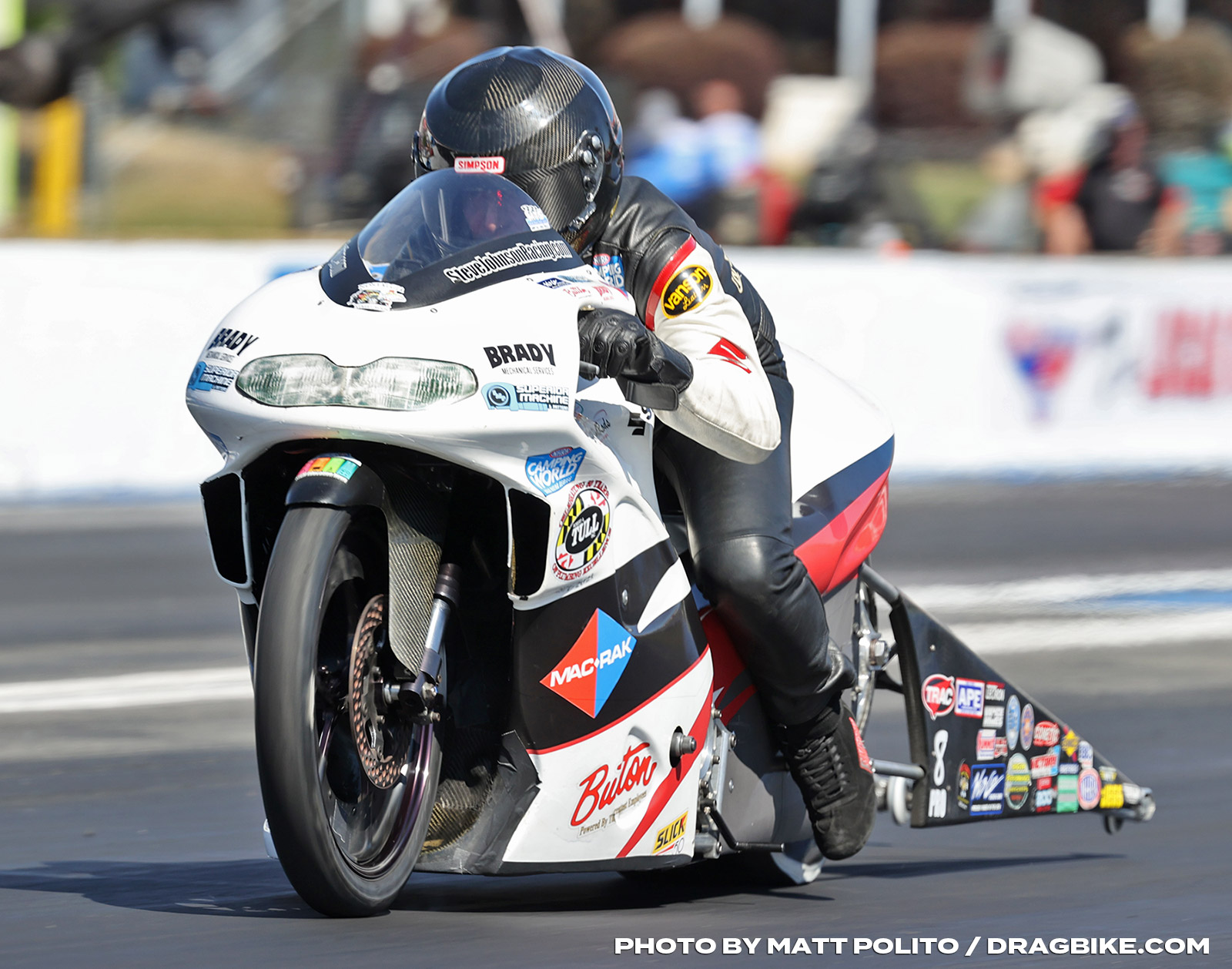 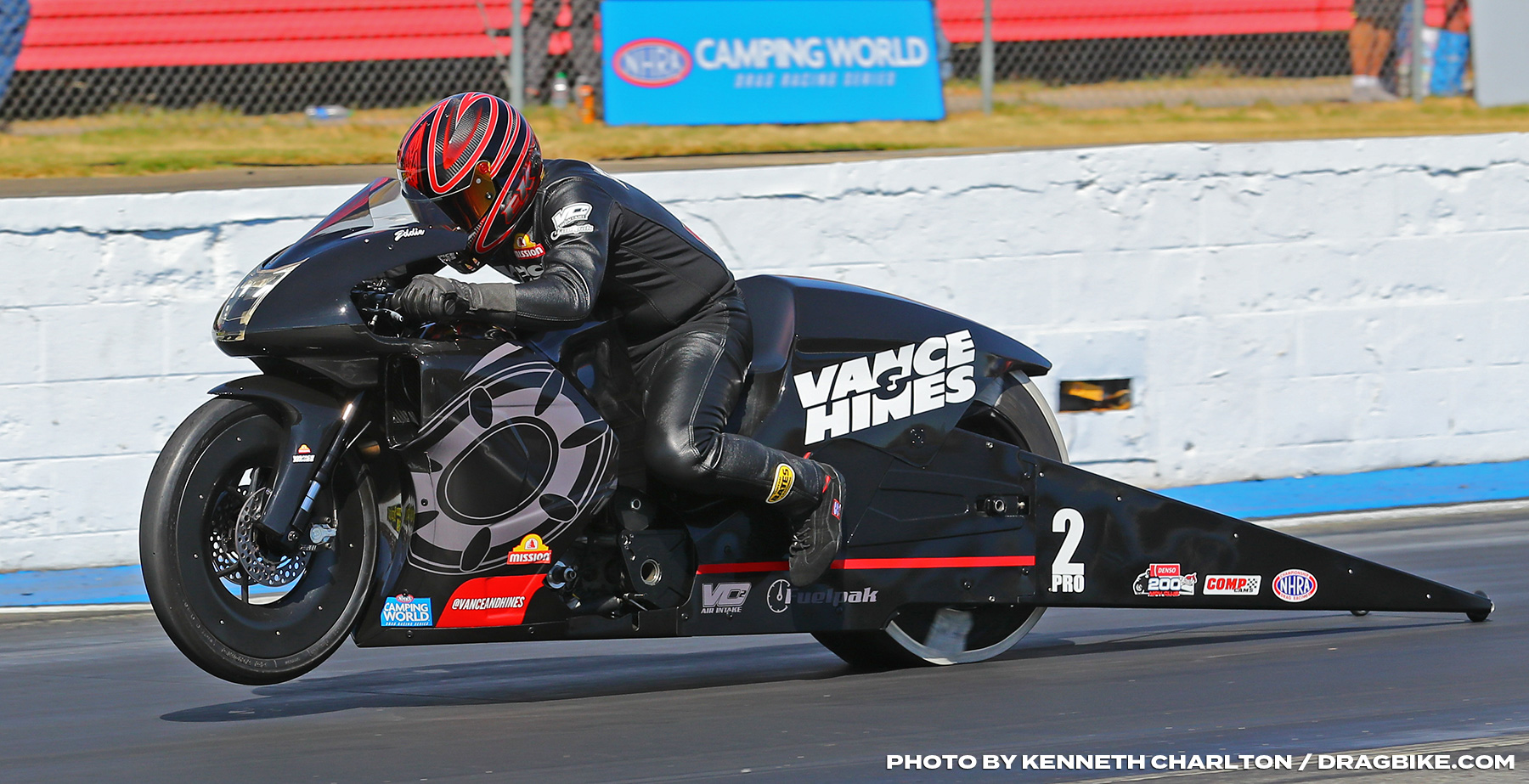 After advancing to back-to-back final rounds in Pro Stock Motorcycle, Karen Stoffer made a big move during the final qualifying session, going to the No. 1 spot with a run of 6.751 at 199.11 on her Ray Skillman Auto Group/Big St. Charles Suzuki. The standout pass gave Stoffer her first No. 1 qualifier of the season and the fifth in her career. Stoffer will open eliminations against Kelly Clontz as she looks to finish off her 2021 campaign on a strong note.

“The job is to turn on the win light and we want to do that four times tomorrow,” Stoffer said. “We’ve got the bike to do it and that was a good pass. We nearly squeaked out that 200 (mph) run, but we’re really excited. My job is to go ride the best I can and try to turn that win light on.”

Stoffer’s run bumped Matt Smith to second, as the points leader and defending world champ went 6.778 at 201.25. Eddie Krawiec’s 6.810 at 199.55 put him third, while championship contenders Steve Johnson and Angelle Sampey followed in fourth and fifth, respectively. Smith will take a 41-point lead over Sampey into raceday and faces Ryan Oehler in the first round. He could potentially face Sampey in the second round and Johnson, who is 45 points out of first, in the semifinals.

Matt Smith is after his fifth world championship and he started the weekend perfectly, going straight to No. 1 with a standout run of 6.779 at 201.19 on his Denso Auto Parts/Stockseth/Matt Smith Racing EBR. Smith would pick up his fifth No. 1 qualifier this season and 48th top spot in his career if it holds, but Smith’s focus is on a world title in the midst of a heated points battle. He picked up crucial qualifying points with his standout performance on Friday, pushing his lead to 22 points over Steve Johnson and 33 points over three-time world champ Angelle Sampey.