Jay Turner wins his 13th NHRA Wally after getting the win over teammate Randal Andras. Turner had the starting line advantage with .035 reaction time to Andras’ .055, he stayed in front of Andras to get the win light running a 6.275 at 222.73 mph. 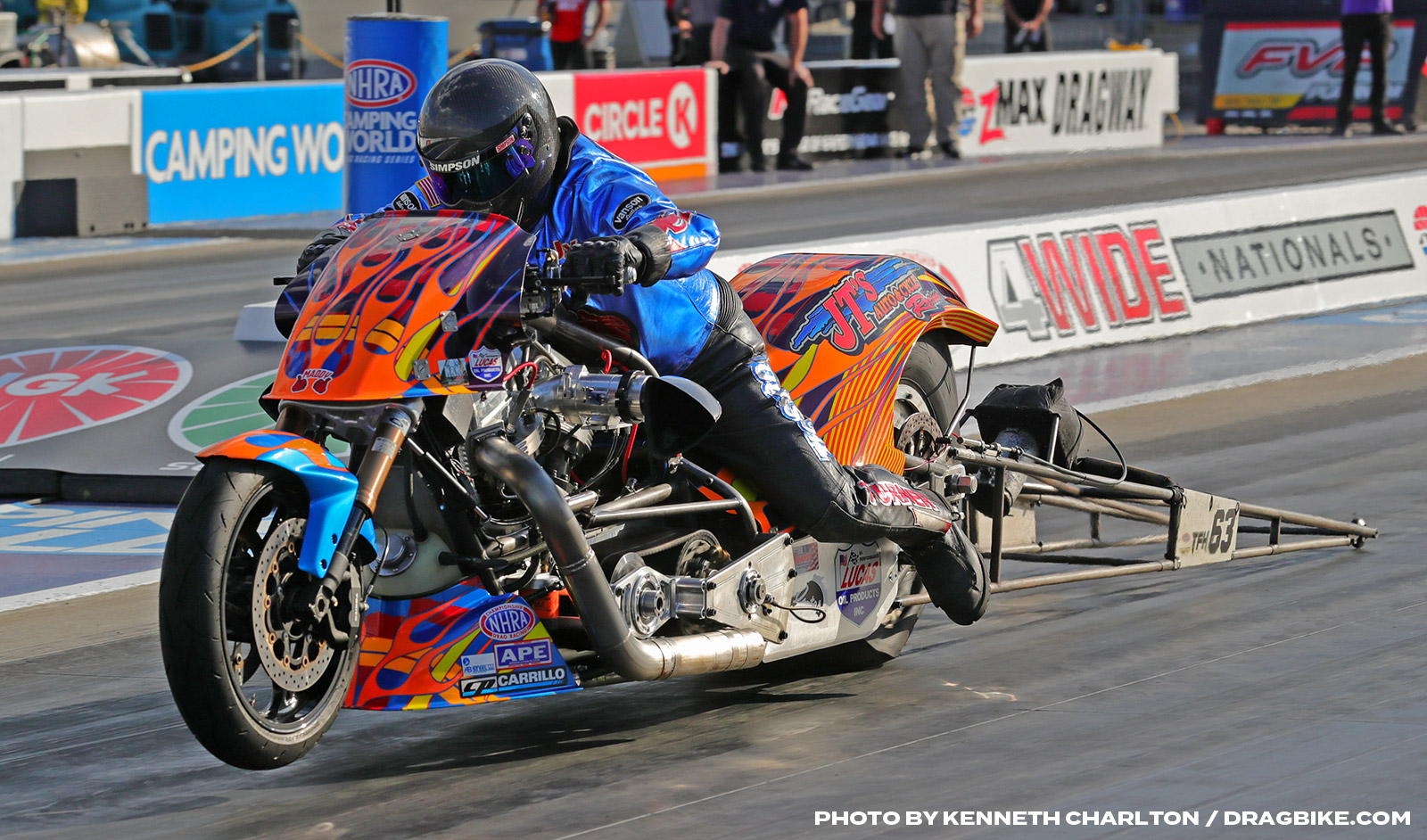 Turner with a great light and runs his quickest pass of the weekend for the win. House is drifting out of the groove and collects the top end block so his run is DQ’ed. This will cost him five points. 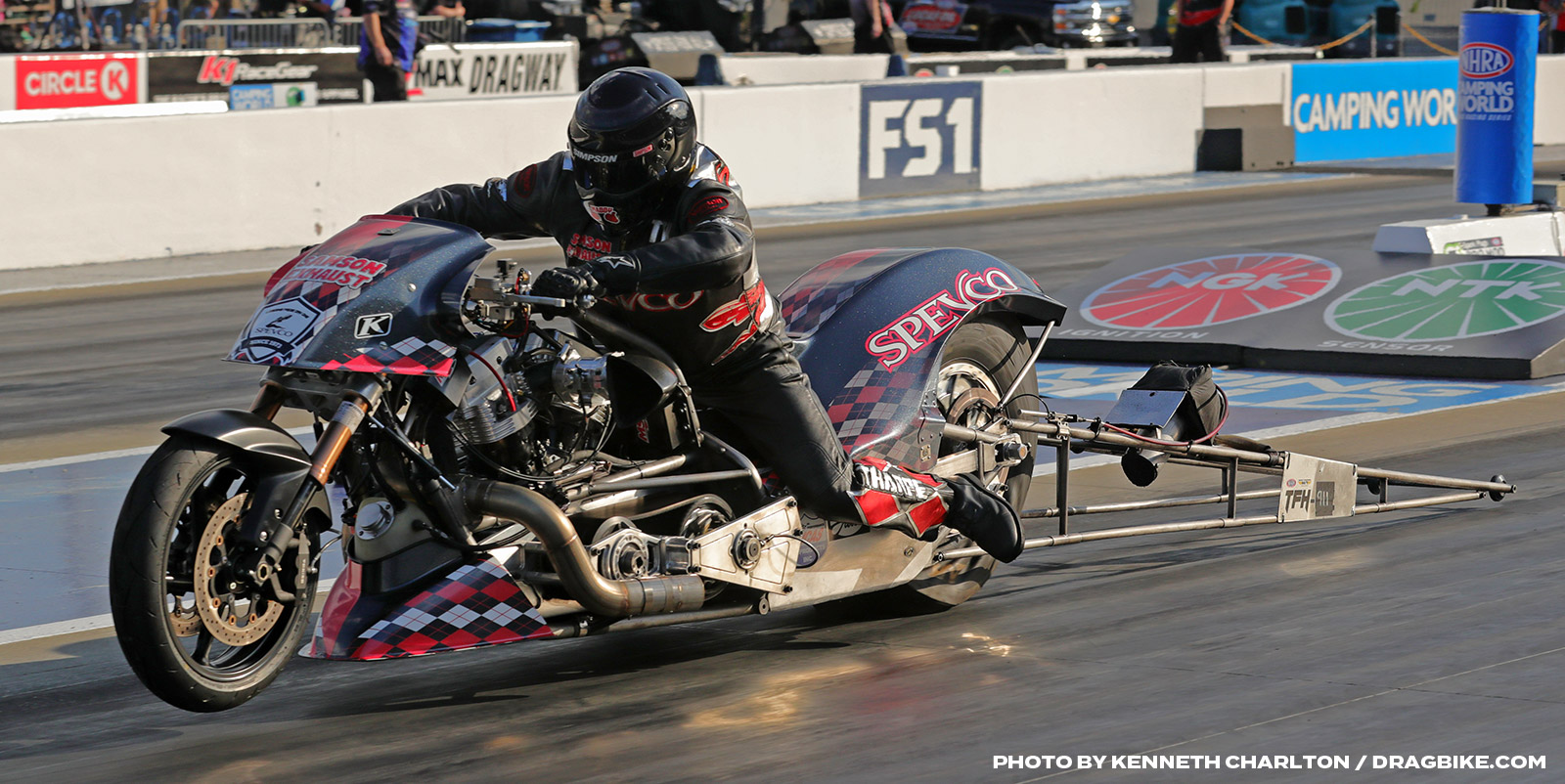 Jackson with a slight starting line advantage, but Tharpe has the lead by 330 feet and never trails from there on for the win.

Wilson with the starting line advantage, but Andras has the lead by 100 feet and never trails from there on for the win. Andras with the quickest pass of race day. he will have lane choice over Tharpe in the semifinal. 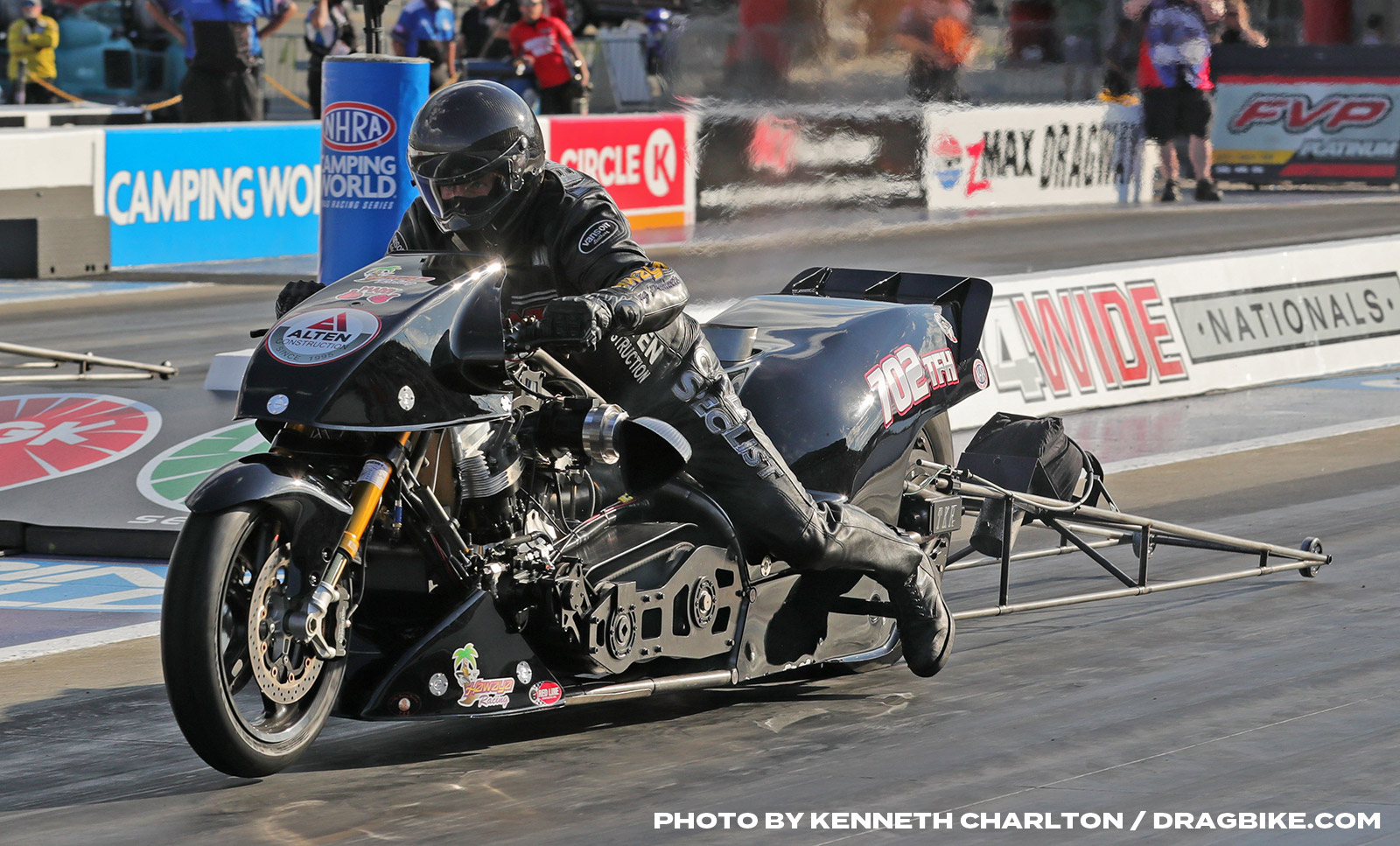 Kerrigan with the starting line advantage, but Peery has the lead by 400 feet and never trails from there on for the win. He will give up lane choice to Turner in the semifinal.

Turner with the starting line advantage and the win as Peery has problems right at the hit. 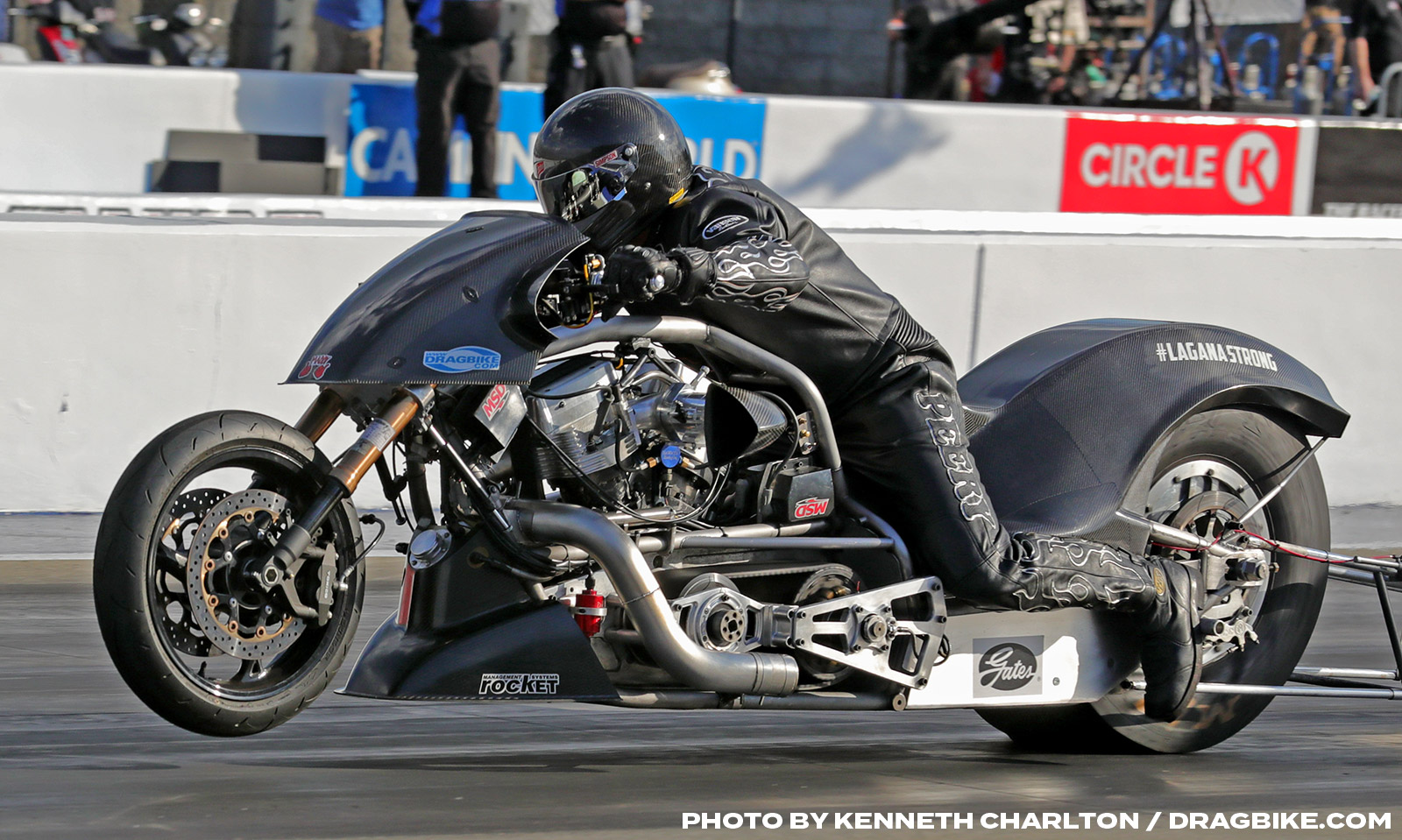 Andras with the starting line advantage and the win. He will give up lane choice to Turner in the final. 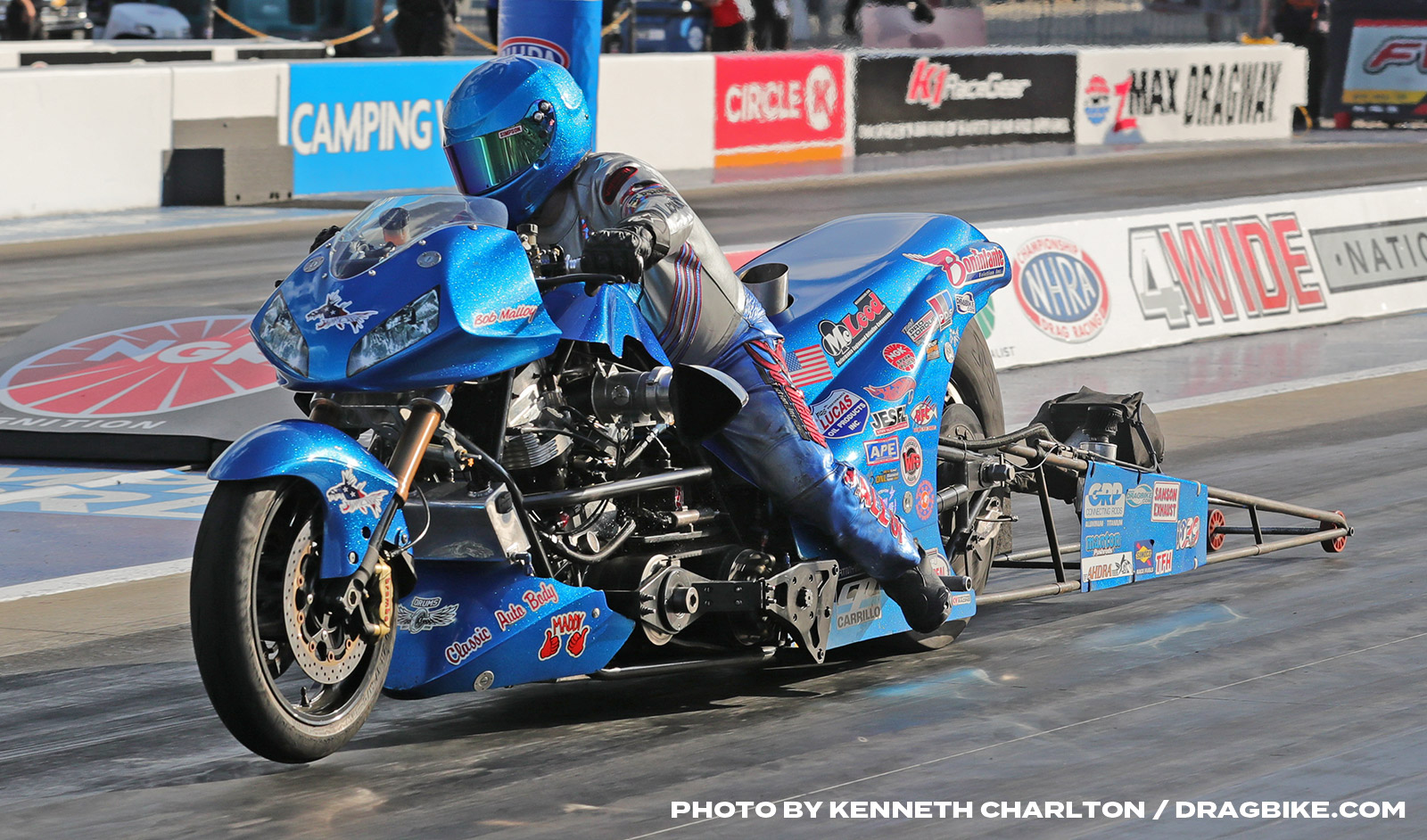