Benny Stevens’ return to the Nitro Bikes series was as successful as he could have hoped for, as he defeated Ricky Wood in the final. While Wood was running his best ever times, he did not have anything to stop a 6.74sec. run from Stevens. 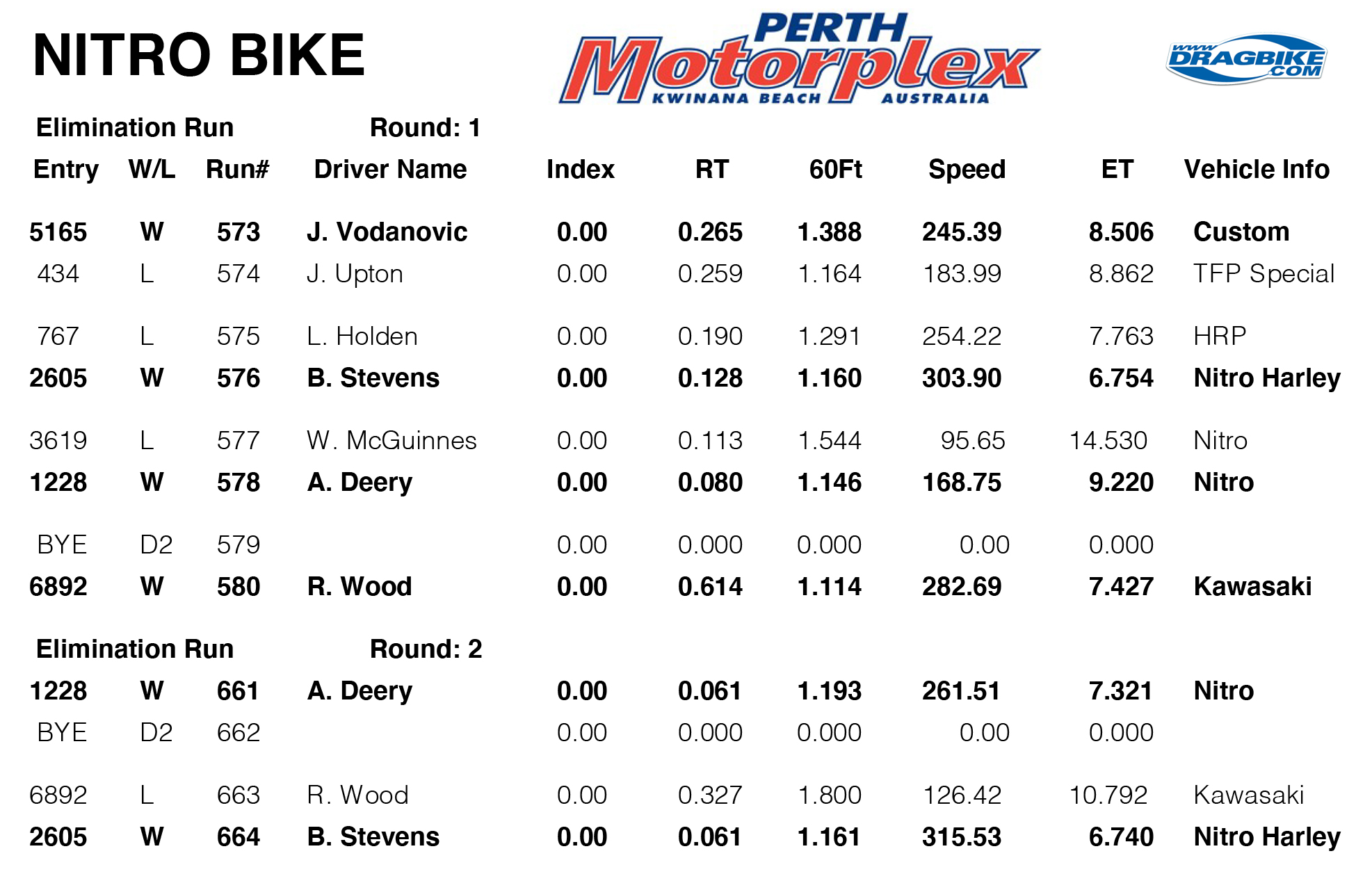 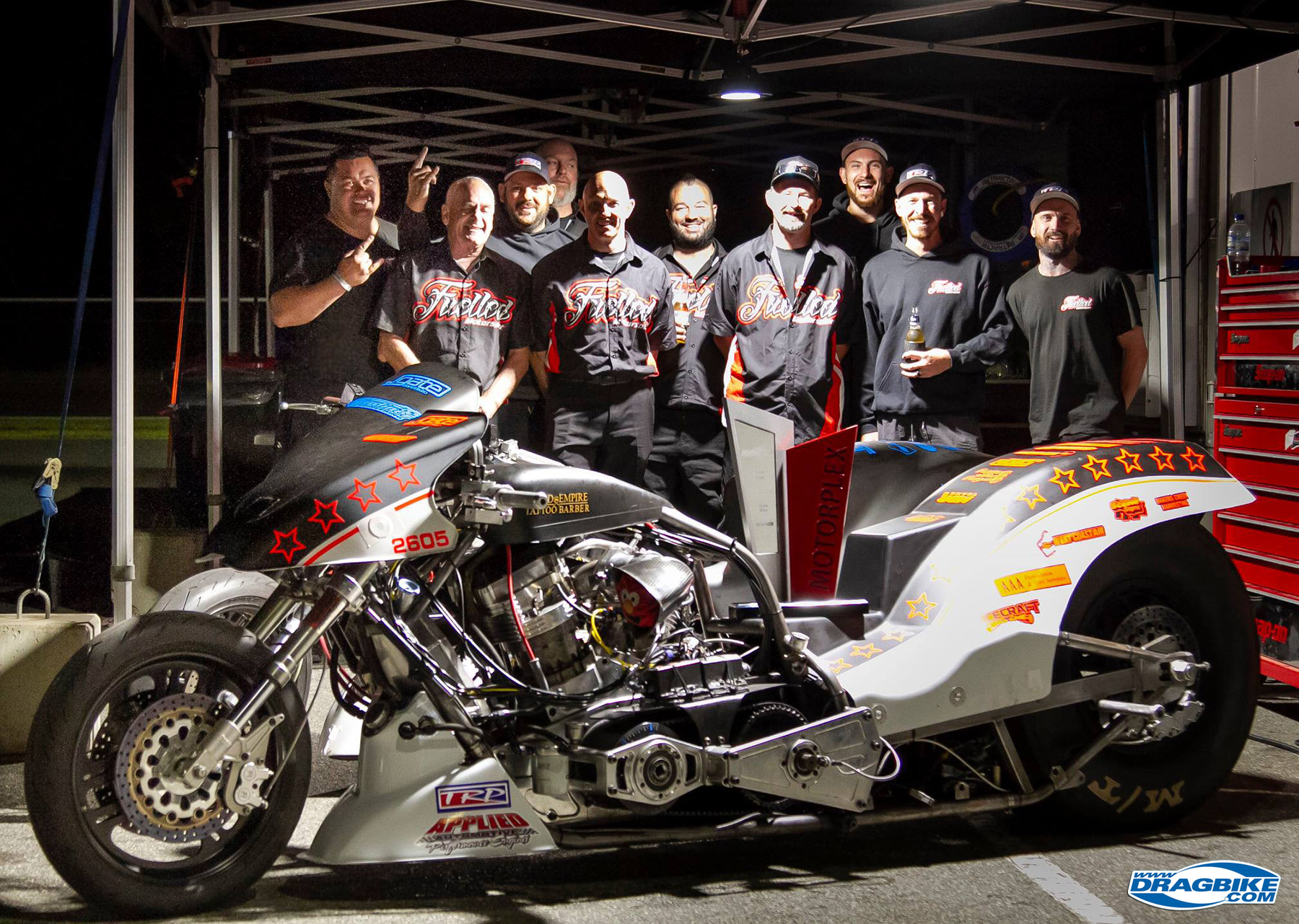 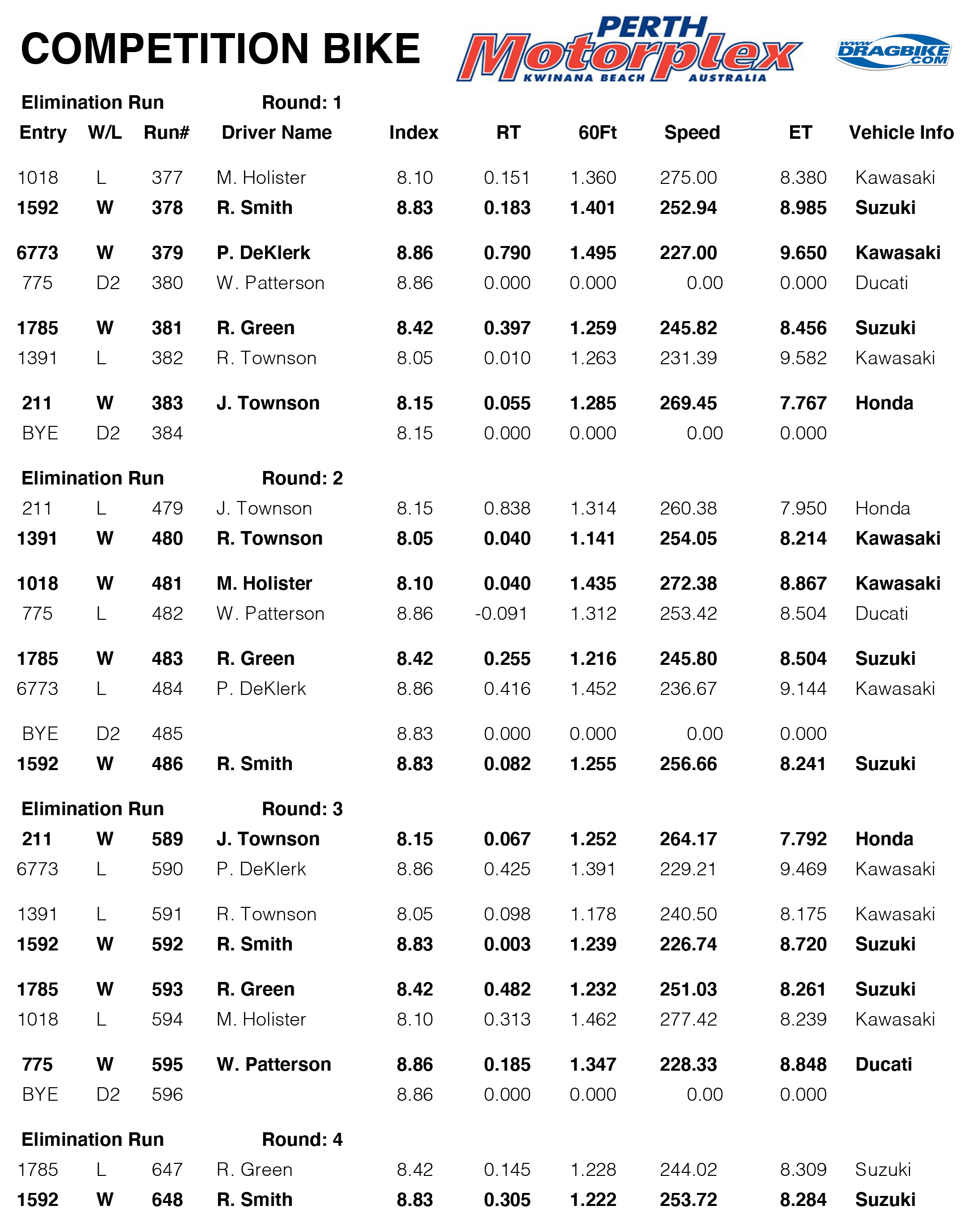 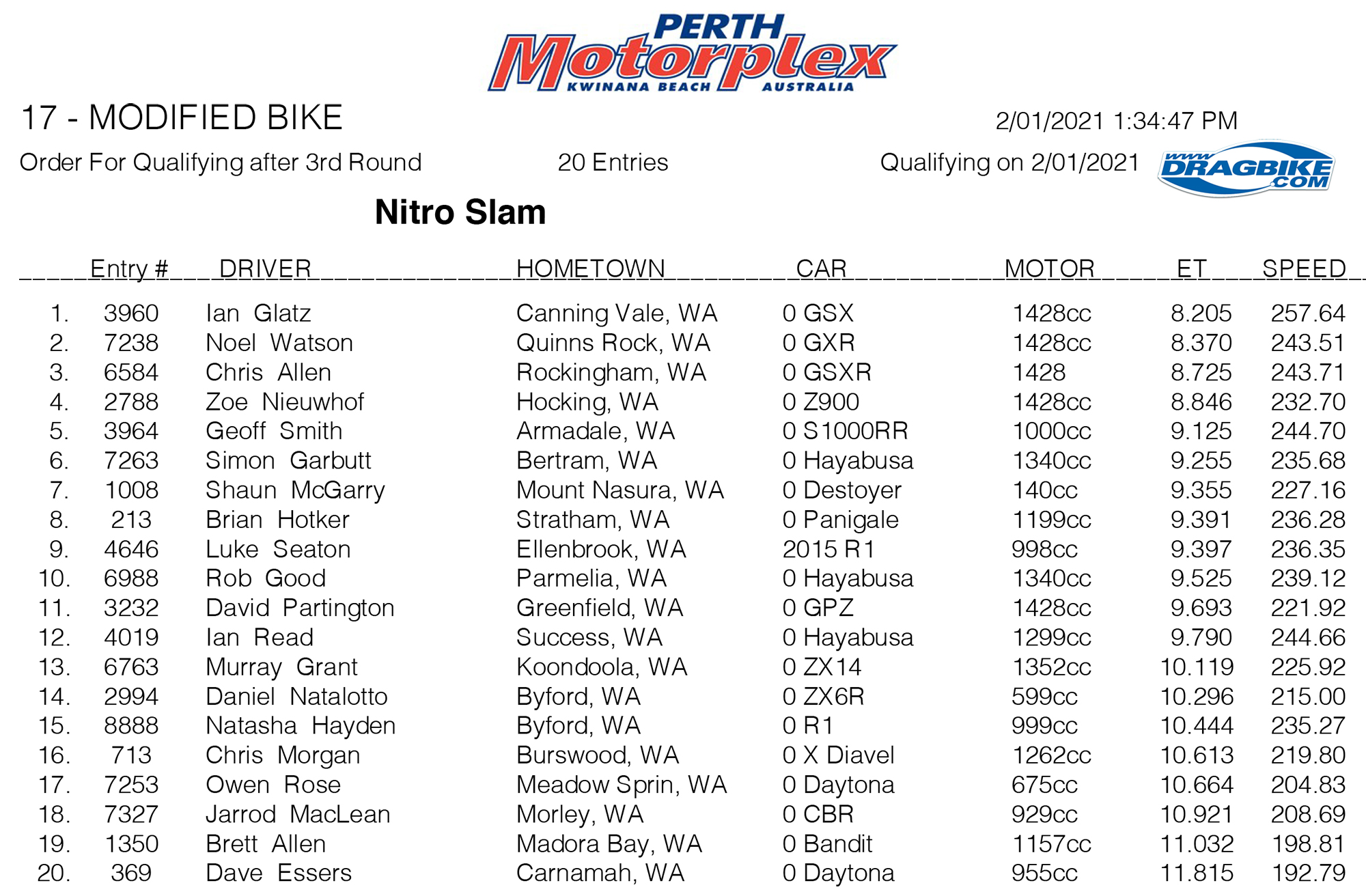 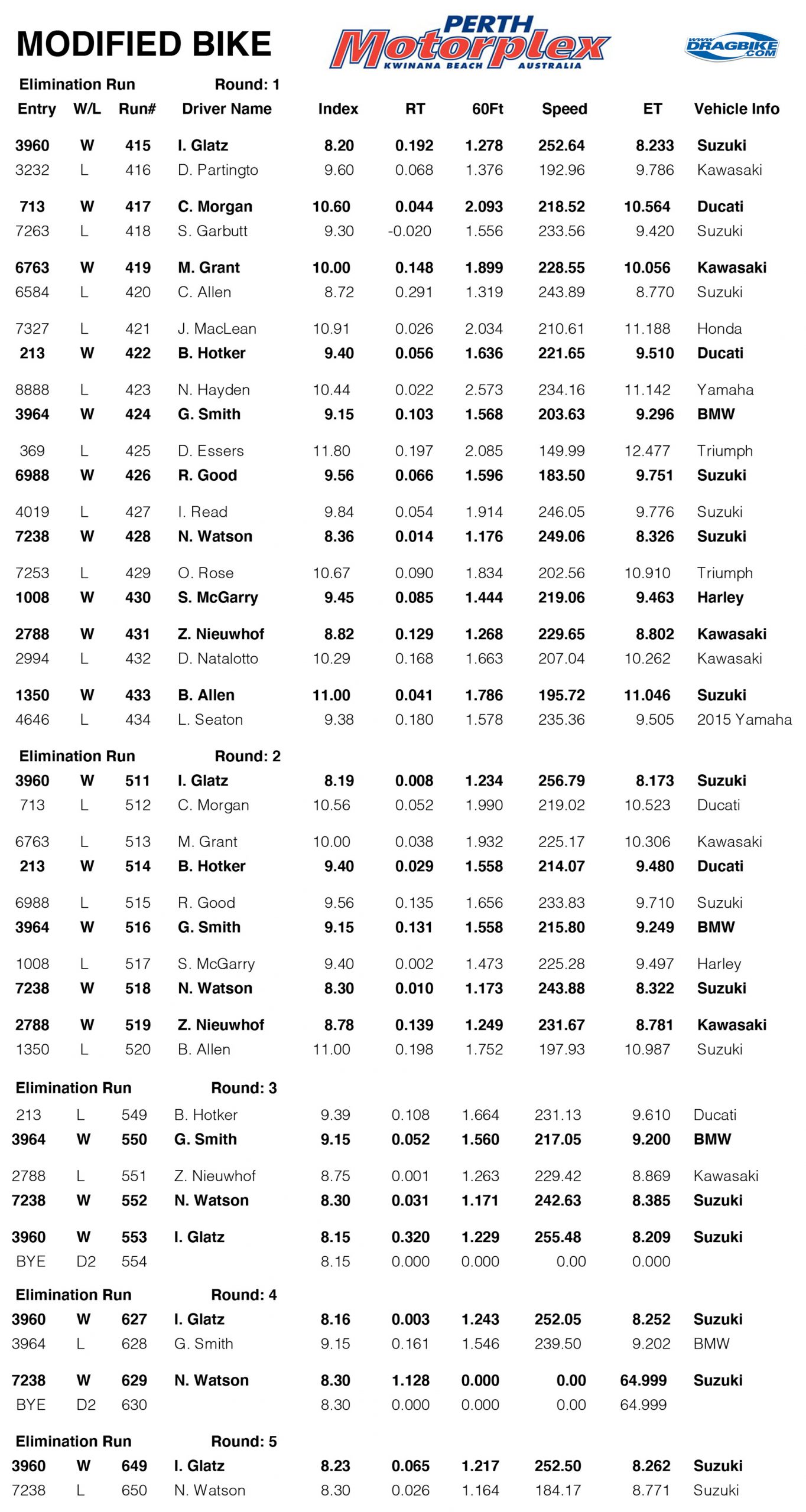 Check out photo coverage from the event at High Octane Photos, Highoctanephotos.com

LIFE’S A BEACH FOR KATAVATIS AT NITRO SLAM

Katavatis, driving the ‘Beach Bomb’ Camaro Funny Car, started the event in strong fashion with a 5.58sec. run in round one to defeat Shannon Taylor, followed by another 5.58sec. in round two to secure a win from Matt Abel.

The final round pitted Katavatis against the Northern Territory’s Nathan Coles, driving the ‘Thumper’ Camaro Funny Car. There Katavatis finished his night with a 5.61sec. pass to outrun a personal best 5.66sec. from Coles.

“With great weather and track conditions we were hoping to better our personal best times but it was overall a great night of racing,” Katavatis said.

“We started the night off very solidly and we wanted to step it up in the second round. There were a few delays while we were waiting to run, during which time the track got cooler and the clutch set up was slightly off.

“The final was a great race, with Nathan getting his best ever time and we just got there.”

Katavatis has now built up a strong lead in the BME WA Nitro Championship with one event remaining.

“The night was a great success. Nitro is really something spectacular and headlining the show was a great honour. Thank you to the WA supporters and fans of drag racing, it was a huge crowd that we had great pleasure in putting a show on for.”

While Katavatis walked away with the trophy, Northern Territory racer Matt Abel took bragging rights with the quickest time of the night. His 5.42sec. performance in the ‘Nitro Thunder’ Funny Car was a new track record.

Kelvin Lyle was rewarded with his first victory of the season in the Direct Mining and Industrial Summer Slam. Lyle secured an unexpectedly easy win in the final round when opponent and top qualifier Daniel Gregorini had problems after his burnout.

Benny Stevens’ return to the Nitro Bikes series was as successful as he could have hoped for, as he defeated Ricky Wood in the final. While Wood was running his best ever times, he did not have anything to stop a 6.74sec. run from Stevens.

Wayne Keys continued his stranglehold on the Top Comp category, registering his third win of the season. Luck was on Keys’ side after his opponent Paul Carey was disqualified for crossing the centre line, hanging away a certain win.