The Throw Down in T-Town is legendary for the simple fact that it’s a drag race by racers for racers. Throw Down fans will have the pleasure of watching Top Fuel Motorcycle light up the eight-mile with ground-pounding nitro performance action.

Throw Down of 2021 will be held at Osage Casino Hotel Tulsa Raceway Park on October 1-2, 2021 and will feature some of the top racers in the United States competing in 12 classes.

What is even bigger is having the Summit Racing Equipment Mid-West Drag Racing Series! The MWDRS had to cancel one event and postpone the first event for the year due to the COVID-19 virus but have been lucky enough to run their full schedule and the best part is this is their 2nd Stop on the Mid West Tour and there are a lot of newcomers to the series and this race. 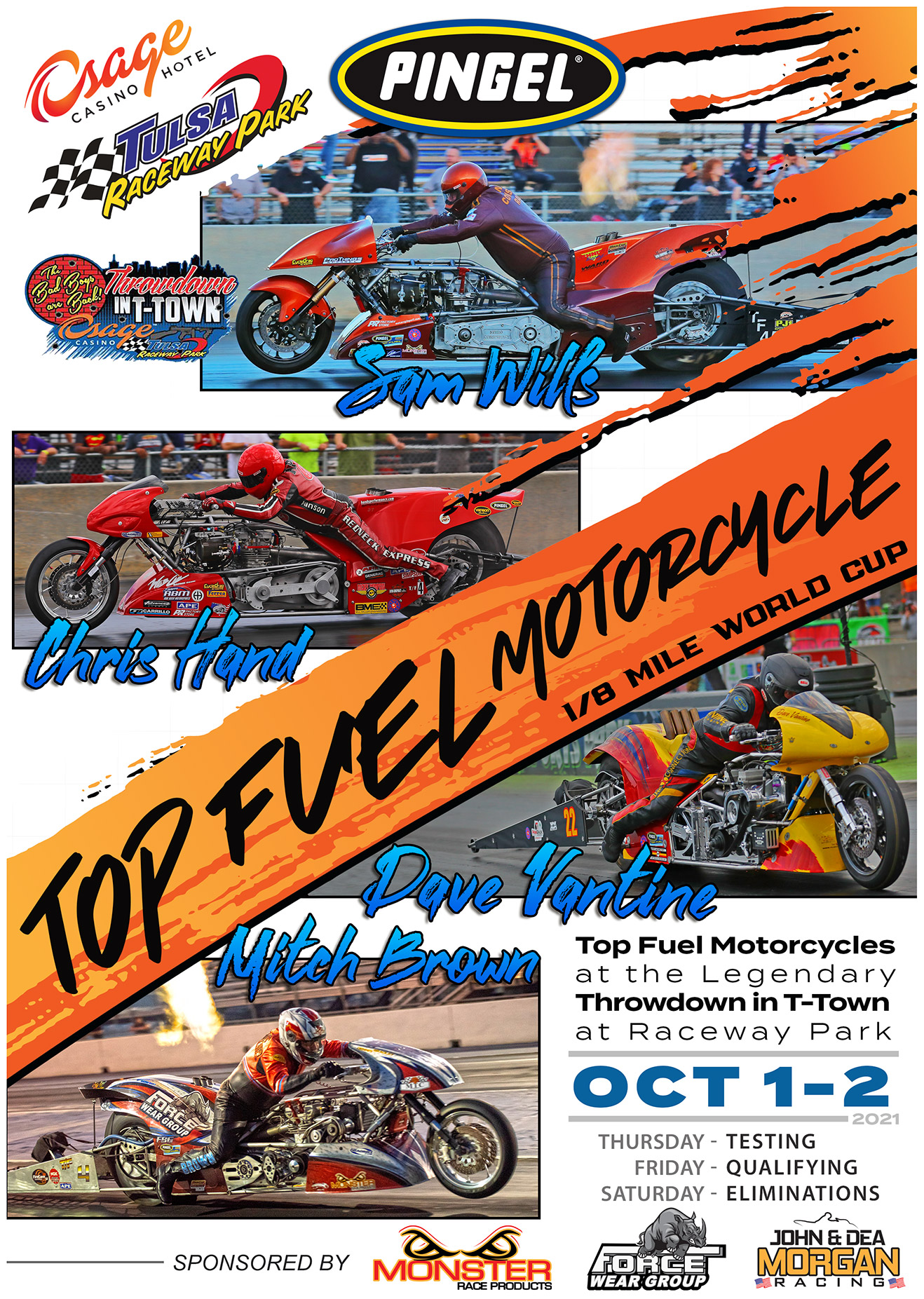