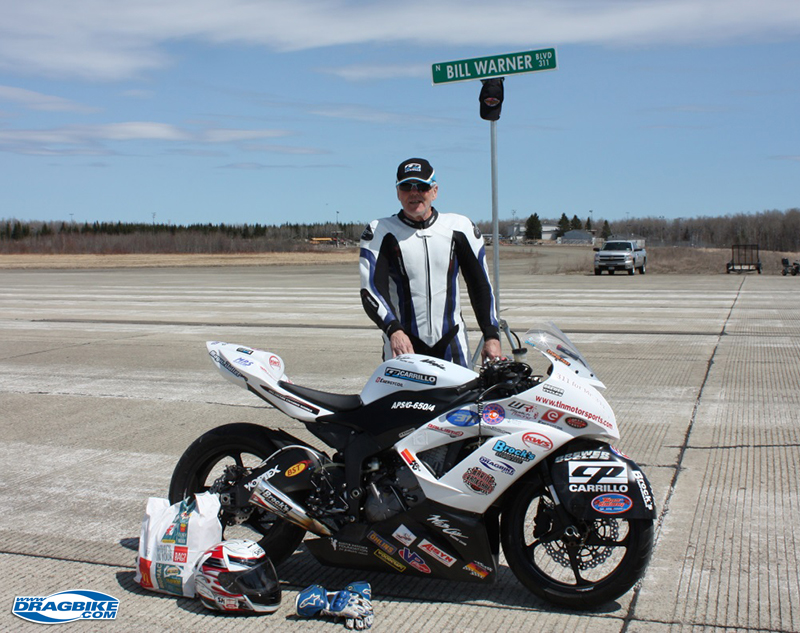 TLN Motorsports opened the 2016 Land Speed Racing season May 6-8 at the Loring Timing Association Spring Event in Limestone, Maine, with the same success that the team ended the 2015 season. It was definitely one for the record books as history was once again made by Greg Neal and TLN Motorsports. 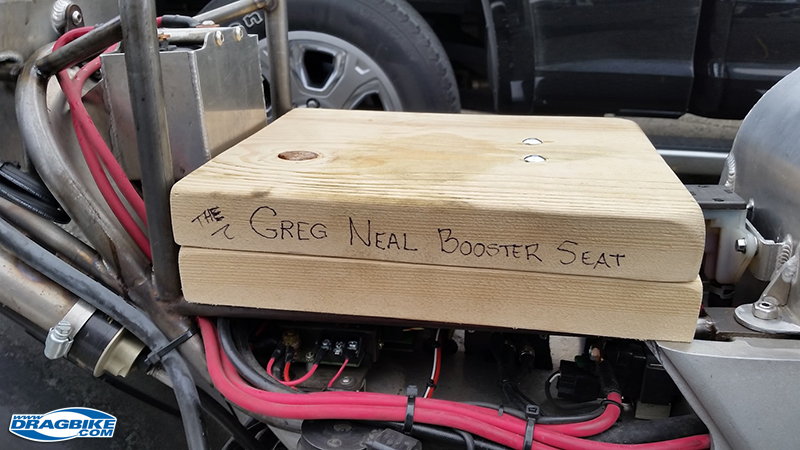 Friday was the usual set up and technical inspection with racing passes starting at 2 PM. It was a time to knock the rust off for rider, Greg Neal. Tthe first two runs were uneventful,aka not record setting. A strong headwind was holding the speeds down. A shake down pass on the Hass/Serafini Busa also didn’t go as planned. Rider fitment issues needed to be addressed. Luckily Stephen Serafini had an answer for that issue. 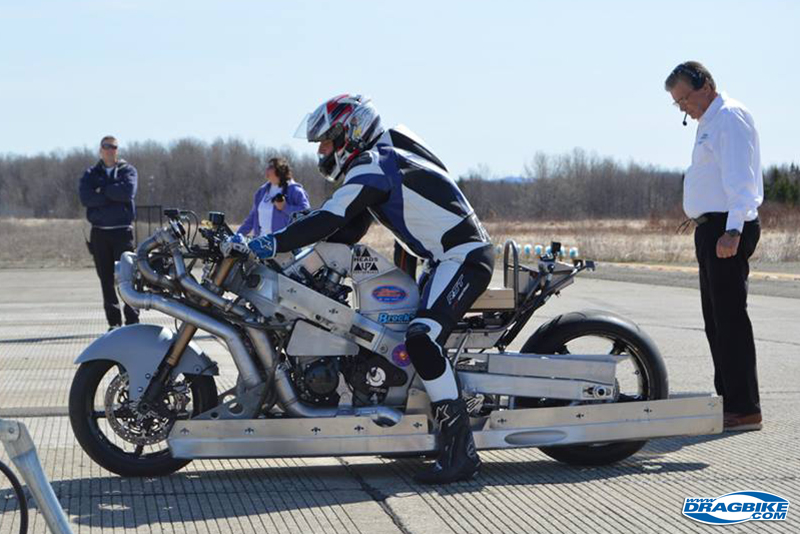 Through perseverance the team was able to set 6 new records bringing the total to 308, leaving them just 3 away from the magical 311 goal. The goal of honoring the memory of racing legend and friend to all, Bill Warner. Just after the launch, there was a false engine over-rev warning and the pass was a conservative one that still resulted in a new record of 200.3104 mph. Record #311 was set! 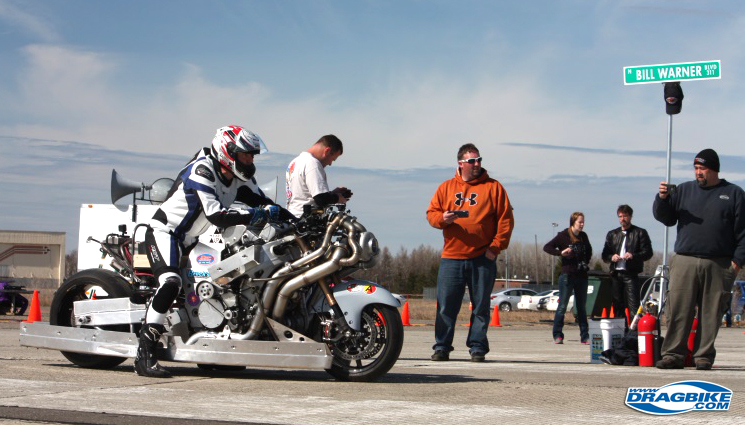 At the ceremony to recognize the achievement TLN Motorsports and Hass/Serafini Racing handed out French fries to everyone there. It was the way that Bill Warner celebrated his 311 mph standing Mile World Record and the way we all celebrated to honor his memory. 311 for Mr.311 was mission completed. Rider Greg Neal said “It was such a privilege to be able to honor Bill Warner. He was more than a racer, more than a Land Speed Icon, he was a friend to so many; and each of us has been affected by just knowing him. Bill Warner was one of a kind, and I am a better person from just having him call me friend”. 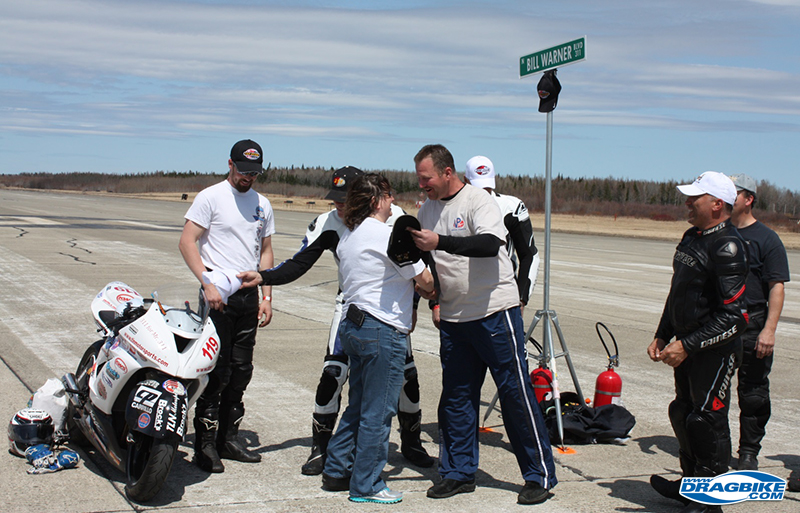 As we all returned to racing, TLN Motorsports went on a tear, setting record after record. Rider Greg Neal said “This bike is even stronger than it was last season before the engine failure. We are now resetting all of our middleweight class records”. TLN Motorsports has once again reshaped the landscape of Land Speed Racing in the 650/750cc classes”. 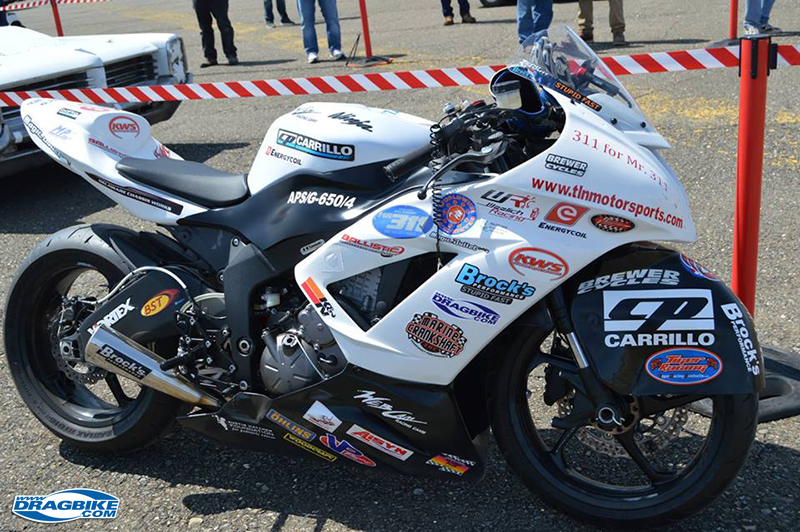 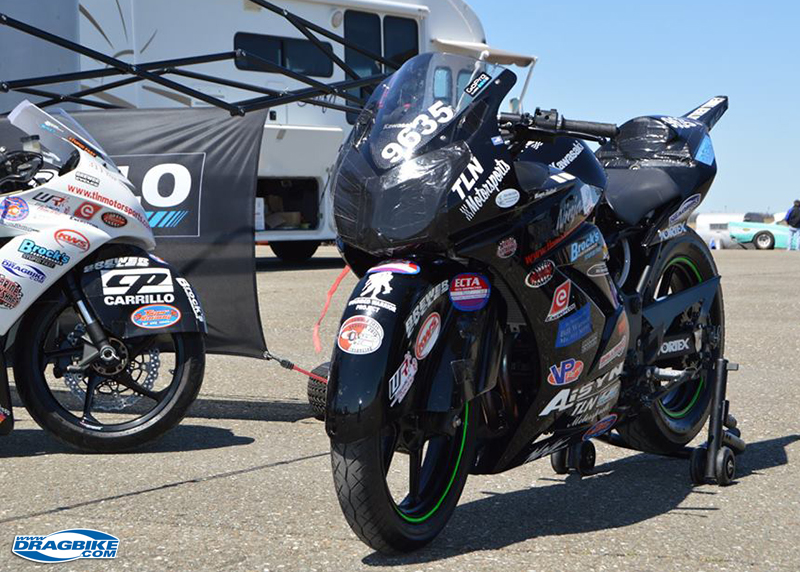 The Kawasaki EX-250R again had a solid performance. The bike set 38 new Land Speed Racing Records with a top speed for the event in the standing mile at 112.1589mph and in the standing 1.5 mile at 112.4177mph. While we had a fuel delivery issue and blew a water hose on the 250, the repairs were simple and the bike just continued to perform. 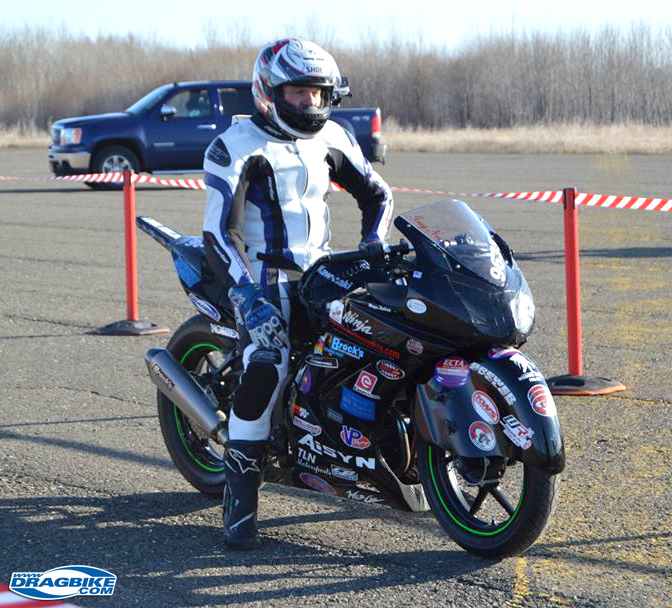 When the event came to an end, TLN Motorsports had set 62 New Land Speed Racing records, including World’s Fastest Speed #12 (Standing 1.5 mile N/A 650cc class at 192.6908mph), bringing the total set by rider Greg Neal to 364, the most all time by a single rider. Record 311 had been set on the awesome Hass/Serafini Busa, and we all told stories about Bill Warner. It was an unbelievably successful weekend for TLN Motorsports. 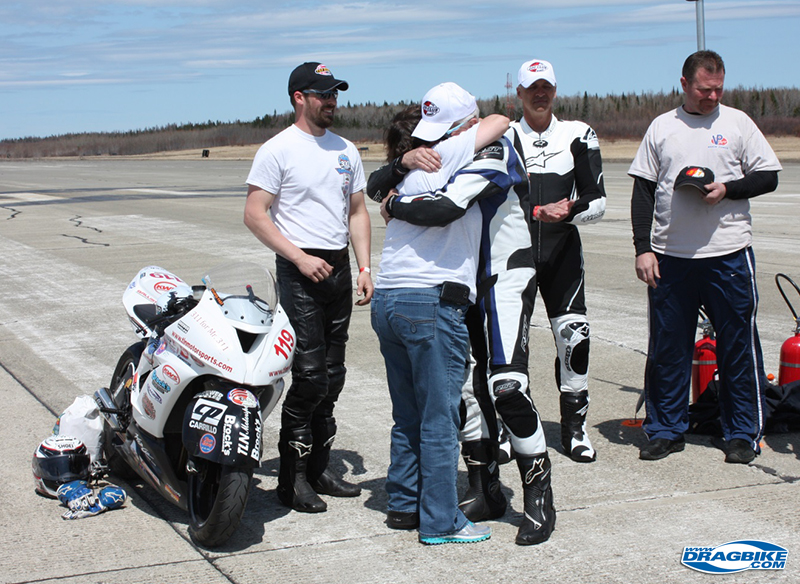 Rider Greg Neal said, ”We knew the ZX-6R would be stronger, but not this strong. The bike just continues to impress everyone who sees her run. The EX-250R is amazing to me. That bike just continues to bracket race at speeds that no other 250 can achieve. The chance to ride the Hass/Serafini Busa was a once in a lifetime opportunity. Only the 3rd time I sat on the bike; and the 2nd time I rode it, we set record 311 at 200mph. It is like nothing else ever built”. 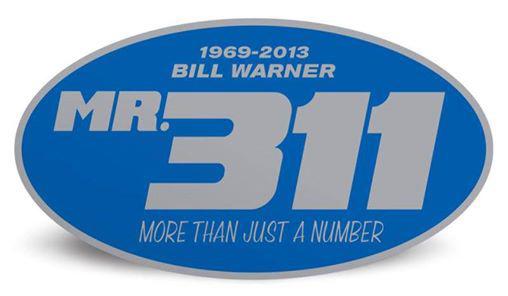 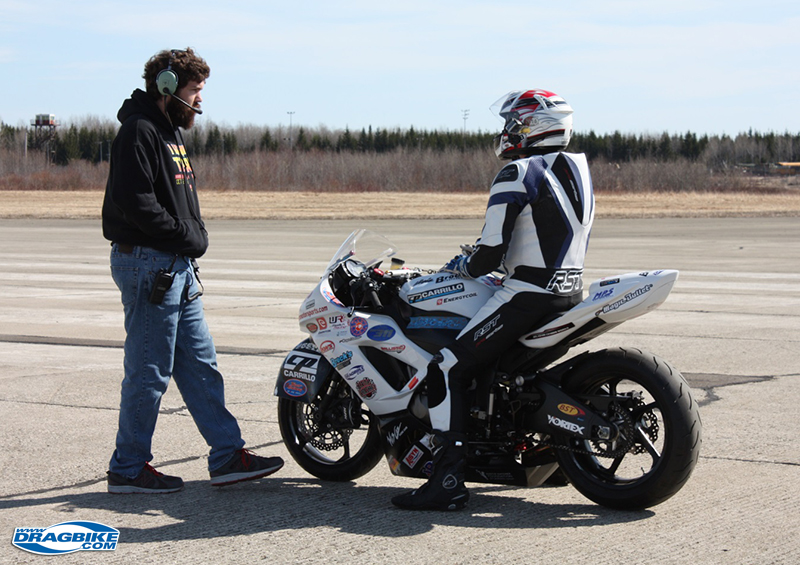 A special thank you goes out to Don Hass and Stephen Serafini for the incredible ride of a lifetime. A huge Thank You to the Loring Timing Association and all of the volunteers for a super event, full of speed, good times, celebration and most of all safety. We, at TLN Motorsports, simply can’t wait to return in July, for the Maine Event. Our next goal is waiting; set our 400th record. 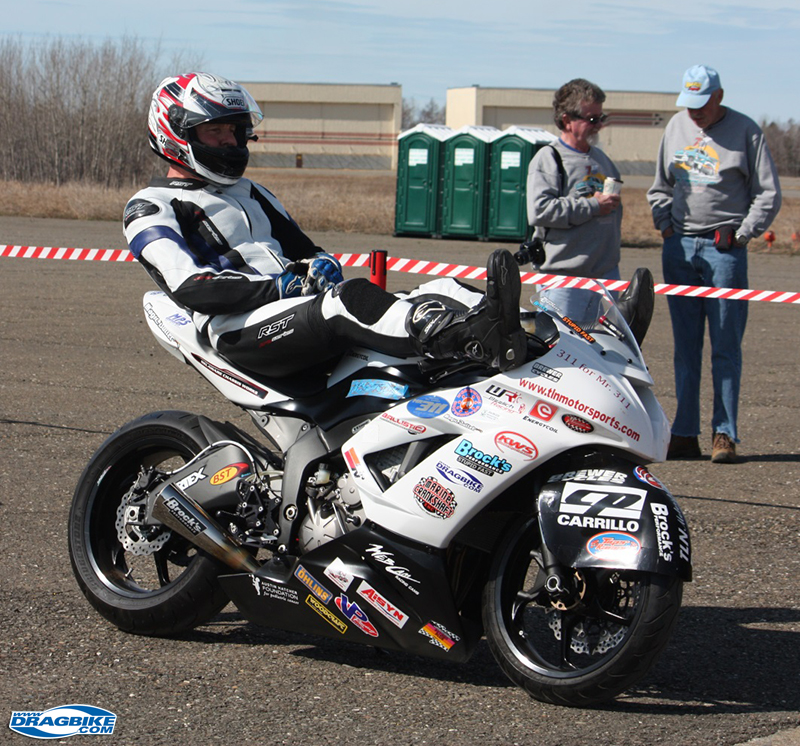