3×5= A Great Weekend for Vantine

David Vantine scorched Maryland International Raceway’s quarter mile in Budds Creek with three 5 second passes in Top Fuel exhibition match races against local hero Bob “Opie” Malloy. It was a near mirror image of the Vantine Nitrosports team’s performance at this same event last year, only this time Vantine went even quicker with personal bests of 5.88 at nearly 238 mph. 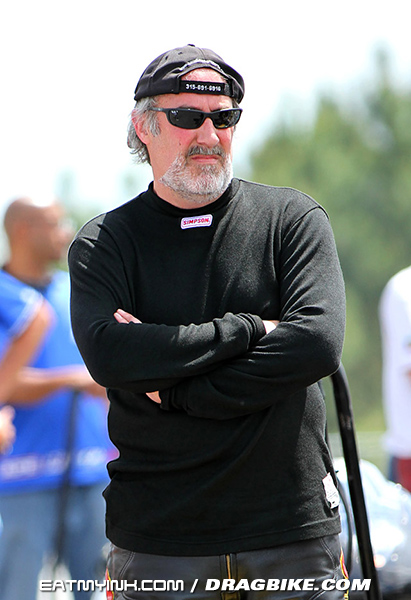 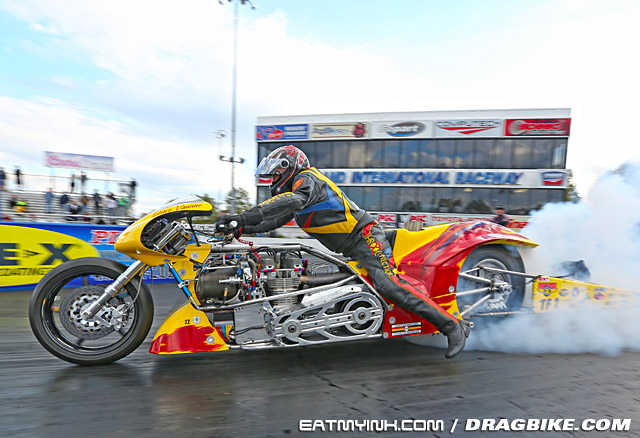 Normally at International Drag Bike League events, Vantine races first-in-the-5s and the all-time king of 5 second passes, Larry “Spiderman” McBride, but McBride was still nursing burns from his top-end explosion at Atco in September. “I’ve never seen anyone other than me string together three consecutive 5 second passes in one weekend,” McBride said when Vantine and the team achieved the feat last year. “Dave and his crew are doing a great job.”

Now Vantine and the team prepare to race next against a field of the nation’s best Top Fuel bikes at the Manufacturers Cup World Finals at South Georgia Motorsports Park near Valdosta on November 13-15.

Watch all the Maryland Top Fuel action and an interview with Vantine and co-tuner Greg Pollard here:

“Special thanks to Greg Pollard and Larry and Steve McBride,” said Vantine. “And the team—Joe Taranto, Joe Hahn, Jim Althaus, and the awesome employees of Vantine Imaging, whose hard work allows me to come here and do this.”