NHDRO is rescheduling their Louisville event one more time as the rain from tropical storm Gordon is expected to sweep across the Midwest all weekend.

And even better, more Quicktime Motorsports/Lindeman Performance Pro Ultra 4.60 racers can adjust their schedules to fight for NHDRO’s Big $5000 winner’s check in that class—the richest purse in the history of 4.60 index racing. Every 4.60 racer in the nation will want to be a part of this one!

“Thank you for your understanding and special thanks to our event sponsor CC Powersports,” said NHDRO’s Brian Welch.

Brian and Niki Welch and everyone with NHDRO look forward to welcoming you to the last two races of 2018: September 28-30 at Lucas Oil Raceway in Indianapolis and October 19-21 at Ohio Valley. 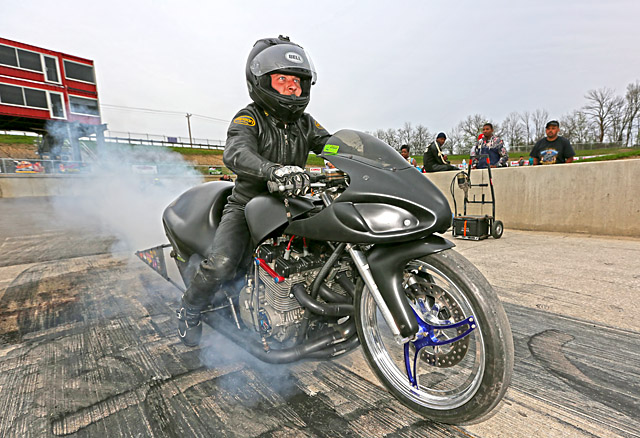 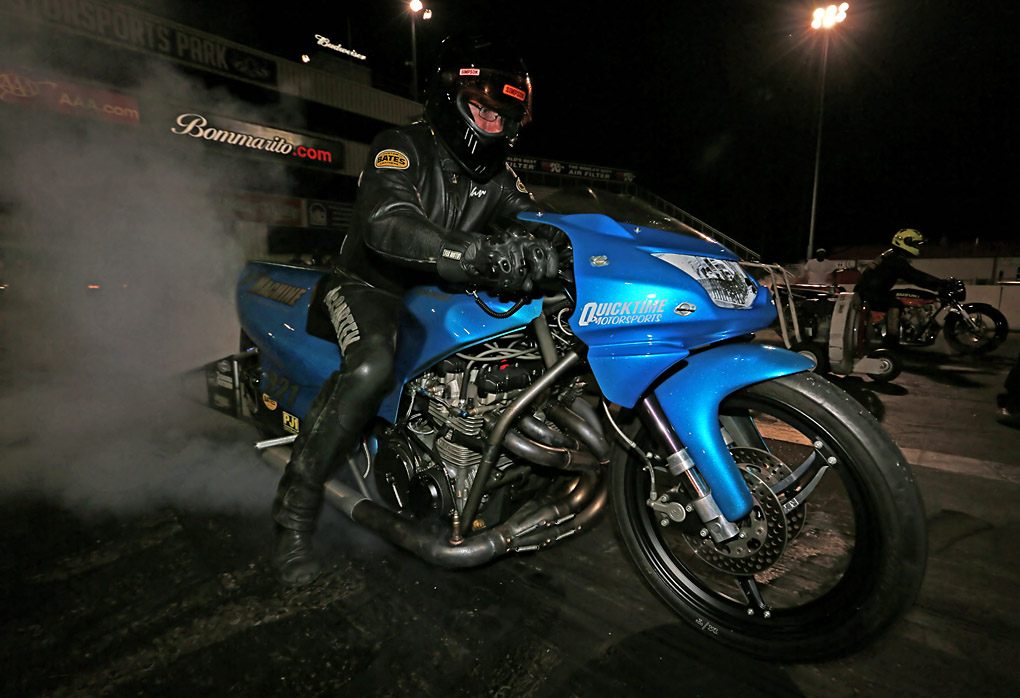 This time last year, Kentucky racer John “Spooky” Markham was sweeping the Penske Racing Shocks Street Fighter table. Markham has been more silent than spooky this year, but the Louisville race might be the one that turns it around for him. The Street Fighter eighth mile index is 6.15. 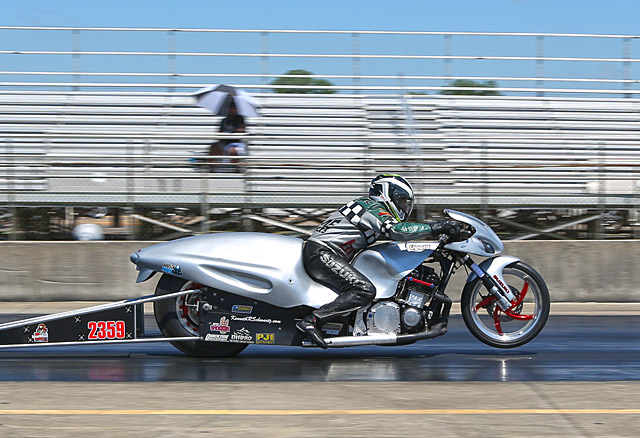 Top Gas studs Kounselor Kenny Schwartz, Bradley Shellhaas, the Wagners, and more will have to get the job done in 5.10 seconds on the eighth.

Let’s not forget the pro classes, like the world’s quickest street-legal bikes of McIntosh/Grayson Machine & Fabrication Pro Street. Gateway winner Gaige Herrera and his nitrous-huffing Suzuki Hayabusa might have a slight advantage on the eighth-mile versus the 700 horsepower turbo bikes, but the turbo bikes will not back down. 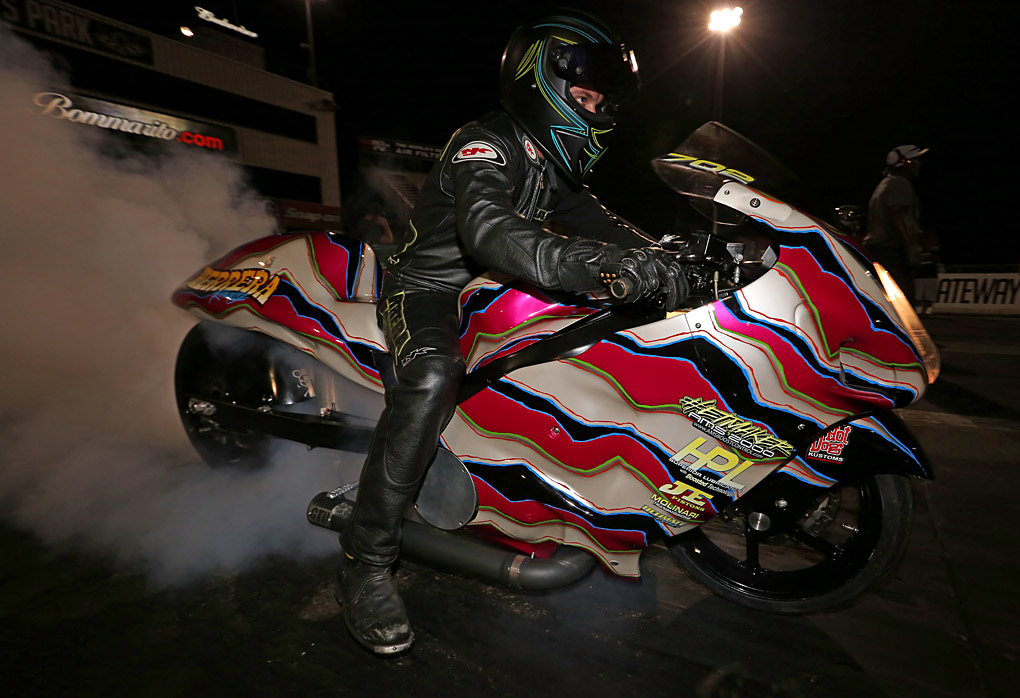 There’s nothing street-legal about Chris Cutsinger’s Pro Open championship bike. Big tires and big horsepower describe this class, and Cutisinger will be shredding with the likes of Ron Maddox, Brad Messer and more. 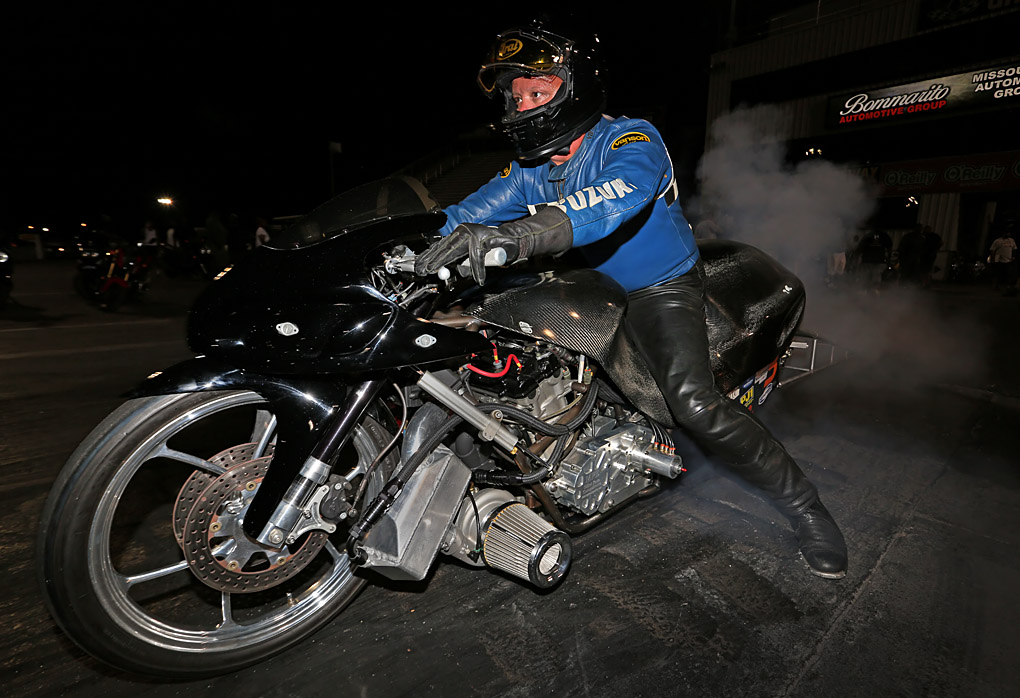 Nighttime is the right time for Performance Racing Products Grudge racing, and Louisville has seen some of the best. Will we see a rematch of the Gateway race between Can Man and NHDRO’s own Brian Welch? 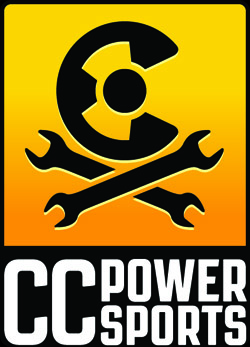 Brian and Niki Welch especially thank José and Tina Gonzalez of CC Powersports for their support of NHDRO and their sponsorship of the Louisville Mid Season Nationals.

CC Powersports also supports NHDRO racers by bringing VP Fuels and OEM parts to the events. Need anything? Call Tina or José at (812) 948-1621 and have them bring it to you.

“As a multi-line dealership, we support all of your racing and powersports needs,” says Tina. “We look forward to serving you, and hope you have a successful race weekend.”

Brian and Niki and everyone with NHDRO look forward to welcoming you to a Big event on a small track at Ohio Valley Dragway just outside of Louisville.