Although a fully revised 2014 ADRL 10th Anniversary Tour Schedule won’t be released until January, we are thrilled to let all of our loyal fans in Virginia and all over the north east know that the ADRL will return to Virginia Motorsports Park not once, BUT TWICE in 2014! The ADRL U.S. Drags VII will be contested at VMP July 24-26, 2014 and the ADRL World Finals X will close out the 2014 ADRL Tour at VMP October 9-11. On behalf of the entire ADRL Nation we would like to sincerely thank VMP General Manager Bryan Pierce and Track Manager Allen Carpenter for their continued loyalty to the ADRL! 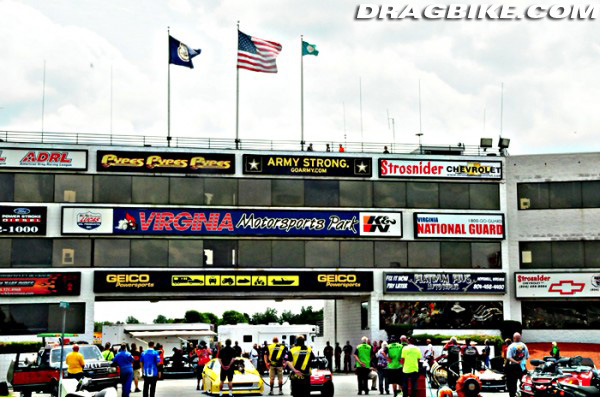