Report by Tim Hailey with photos by MotoLenz and Tim Hailey

AHDRA is bringing all-American motorcycle drag racing and the smell and fury of nitro to Florida’s Orlando Speed World with their MTC Engineering Sunshine Nationals on October 17-18.

That follows up a successful weekend of V-twin drag racing at Atlanta Dragway on October 3-4 as AHDRA works through a southern swing that finishes the season at Gainesville Raceway on November 6-8.

The lightning and thunder of AHDRA Top Fuel is not just another Florida afternoon storm. These explosive motorcycles and the macho men who ride them are the stuff of living legend. 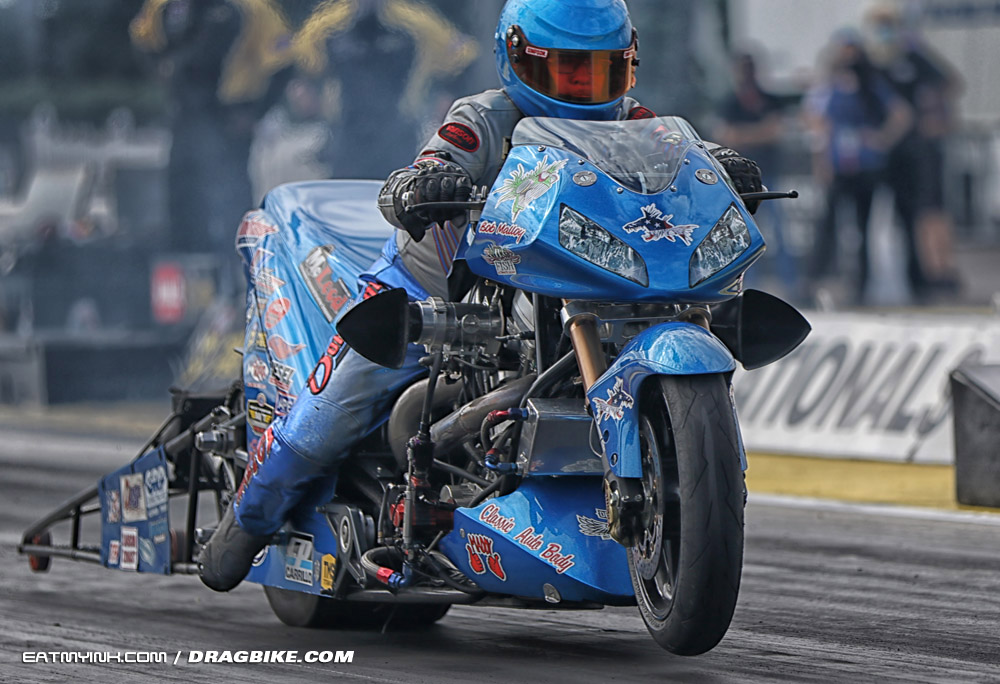 Numidia winner Bob “Opie” Malloy will seek to better his NHRA Top Fuel Harley record of 6.09 on his iconic nitro Buell, but he’ll have to battle Cordova winner Rich Vreeland, Atlanta number one qualifier Tracy “Bad Apple” Kile, and more for a win in Orlando. 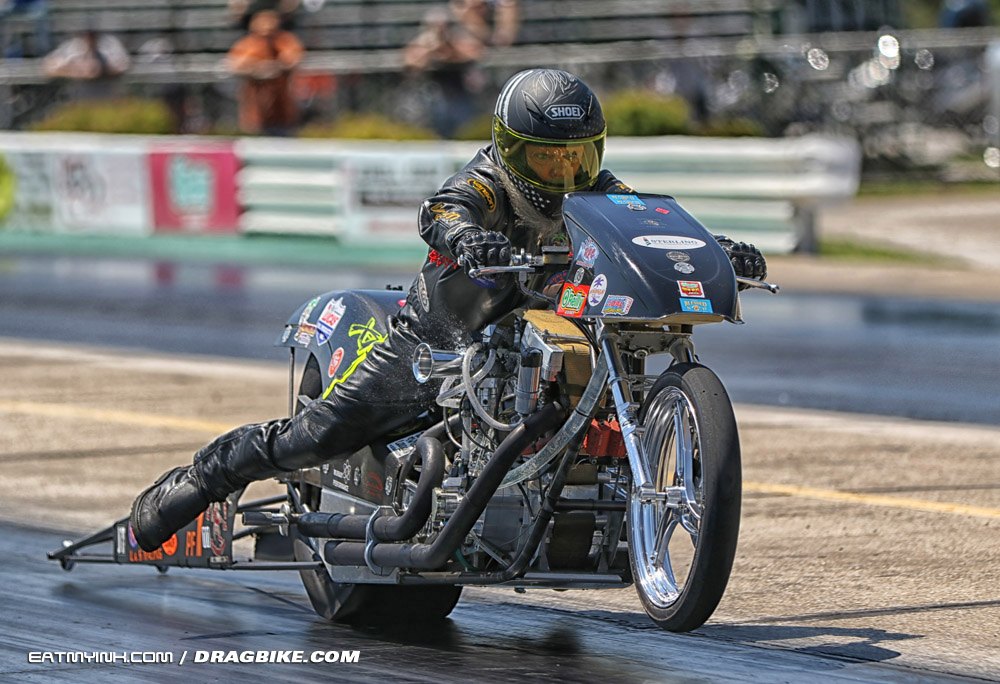 Gasoline classes make half the noise but often provide twice the excitement, and no bike makes less noise or ignites the internet more than Michael Beland’s record-setting, turbocharged Bagger. A-1 Cycles boss Beland practically owns A-1 Cycles Extreme Bagger whenever he shows up, as he did in Atlanta. With each pass, the motorcycle drag racing world breathlessly awaits to see what this combination laid down. 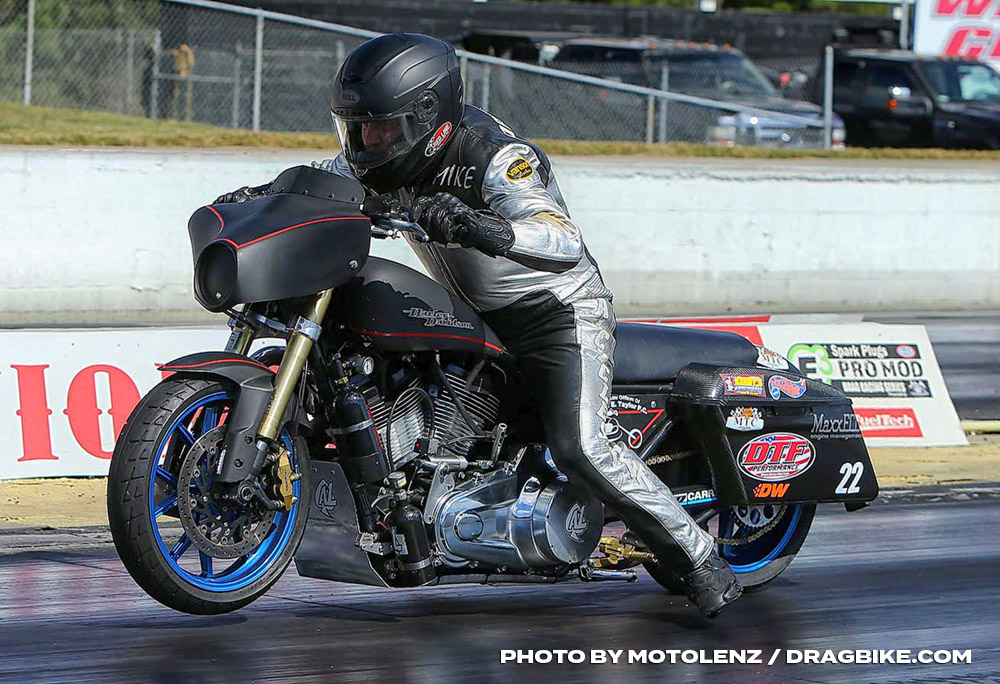 Beland’s Atlanta bests were 8.38 at 170.97 mph—try doing that with your grocery-getter. ATL runner-up Crosby Blair brought a knife to this gunfight, but Bagger studs all over the world are rolling up their sleeves to get a piece of Beland. Who will show up to challenge for the win in Orlando? This is one show you’ll want to witness live, not online.

Numidia Mad Monkey Motorsports Draggin’ Bagger winner Branon White qualified number one in Atlanta, setting low ET and top speed of the event. But you know the rabbit and hare story—being quickest doesn’t always get you the win. That honor went to Kelly Seller in Atlanta, and once again Blair witnessed as runner-up. White’s starter failed in E2. 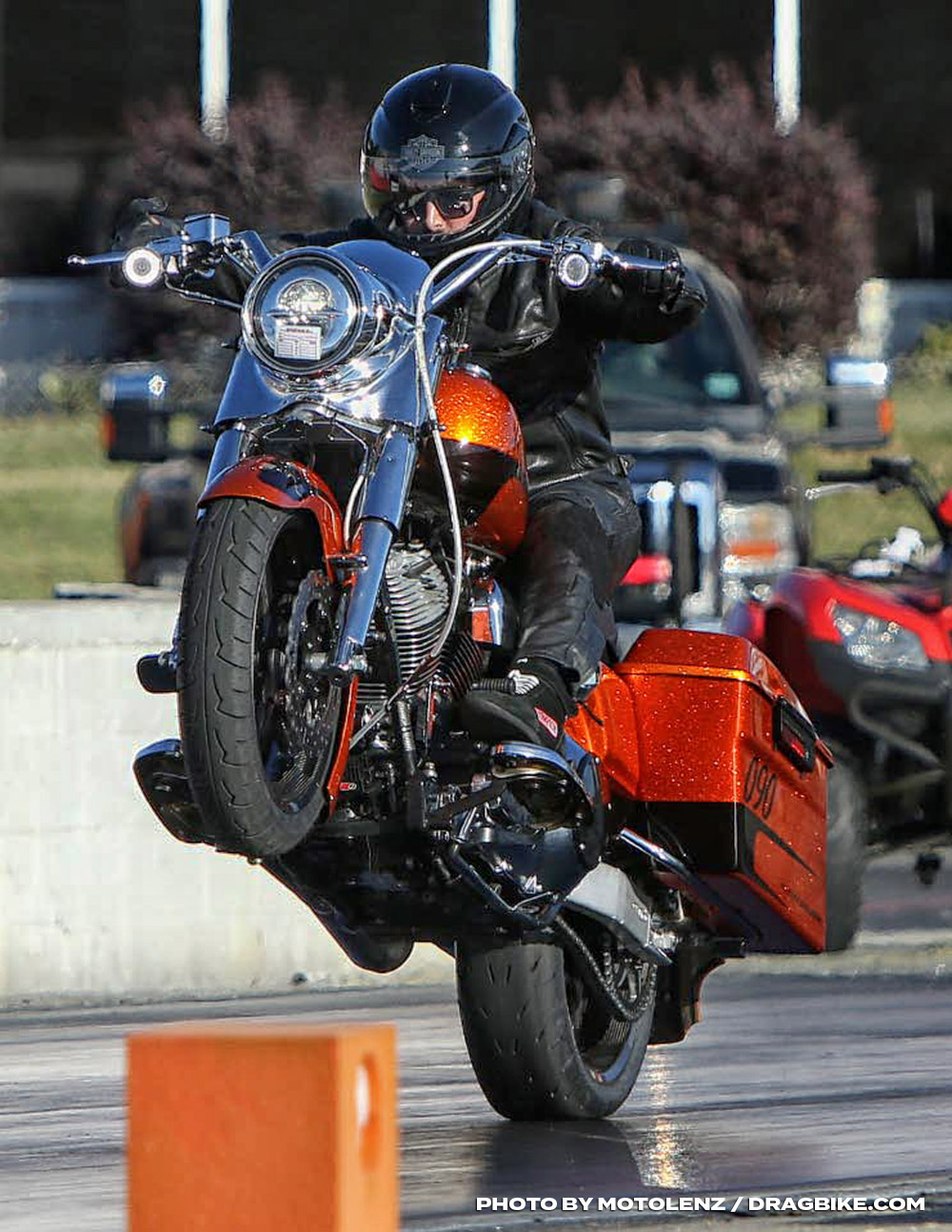 If Mike Motto has a motto, it’s “Two wins are better than one.” He won GMS Racing Engines Extreme Gas and Outlaw Street at Numidia and did it again in Atlanta. But Atlanta X-Gas runner-up Donnie Huffman will be on home turf in Orlando and will not look kindly towards anyone intent on occupying his winners circle. Pick that 8.70 ET up while you still have time Huffman! 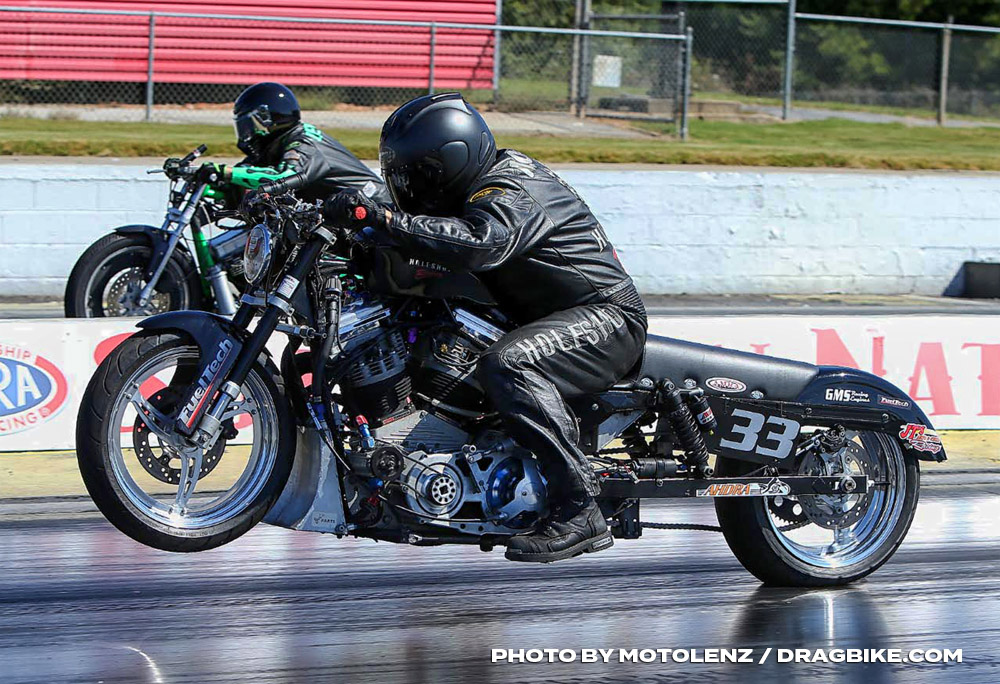 Huffman’s 8.70 might not have been enough to win Extreme Gas, but a 9.87 did the job in Vreeland’s Harley-Davidson 9.70 Super Gas at Atlanta. Numidia runner-up John Shotts found himself playing that role yet again, while Bagger runner-up Blair was number one qualifier. It will be interesting to see what these guys, Numidia winner Bob Maier, and many more will do in Florida. 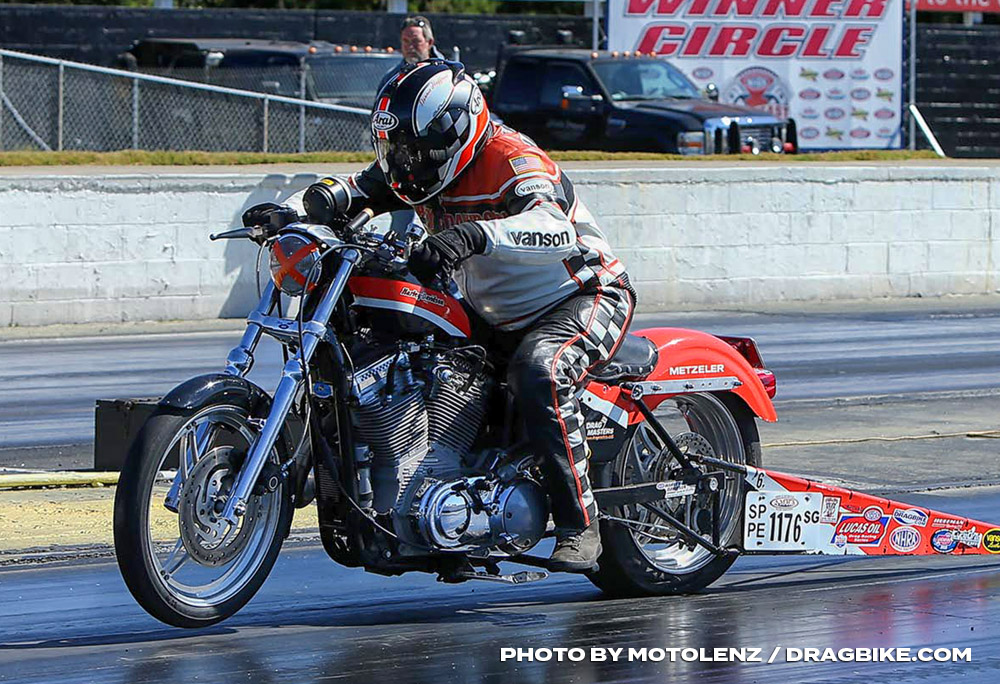 The time is right for T-Man Performance Pro Mod racer John Price, who’s on a two-race win streak from Numidia through Atlanta. Shane Pendergast lost the Atlanta final to Price on a holeshot and will be out for sweet, sweet redemption in Orlando. 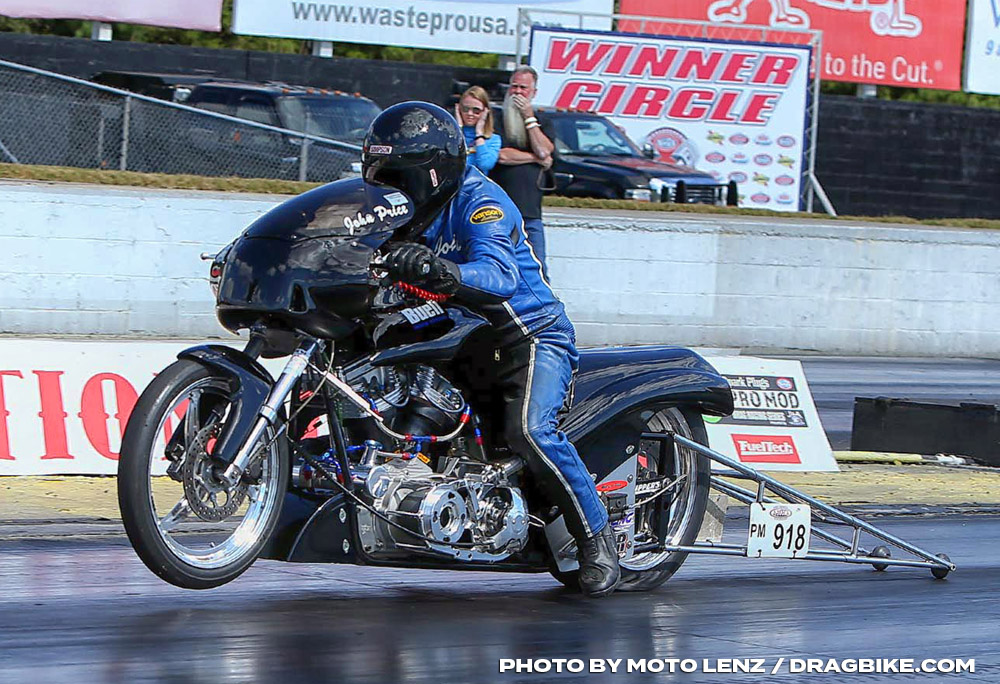 Gary Douglass is another racer looking to three-peat, adding to the Zippers Performance Modified wins he collected in Atlanta and Numidia. Atlanta runner-up Nate Carnehan was hot on the tree but slow down the track—has he invested in some extra performance to turn that around in Florida? 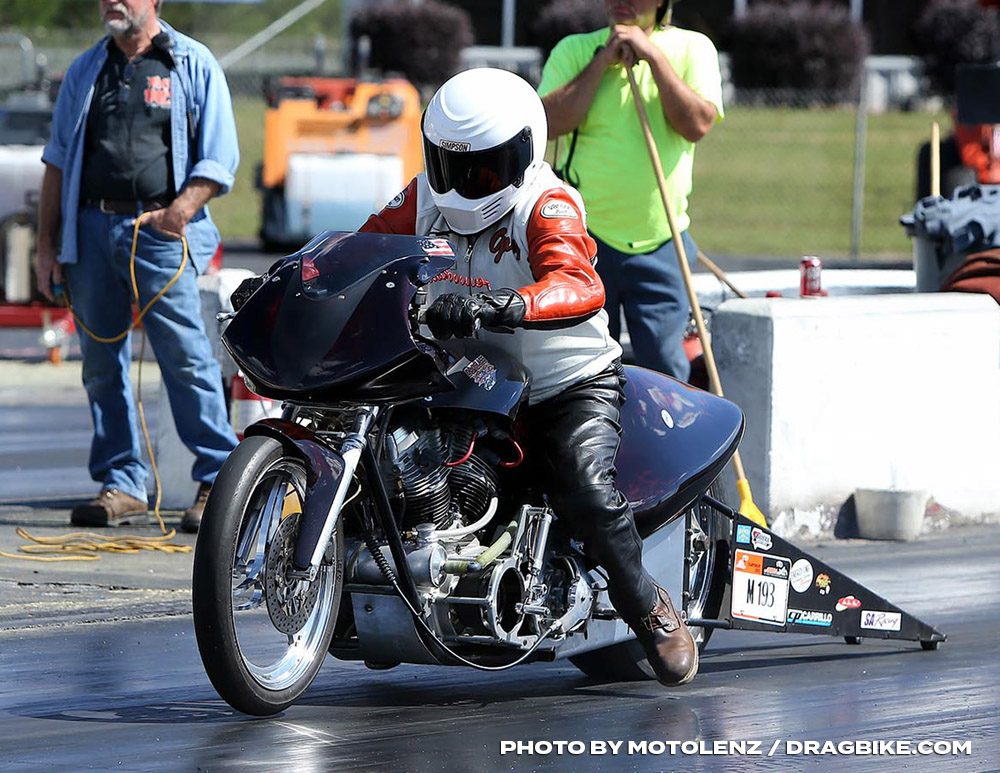 Gary’s not the only member of the Douglass family looking for three straight, his son Charley fits that description as well. Charley won Horsepower Inc. Hot Street at both Numidia and Atlanta. Rockingham winner Scott Schenkel runner-upped at both of those races and is probably hell-bent on not letting Charley take the stripe in Orlando. 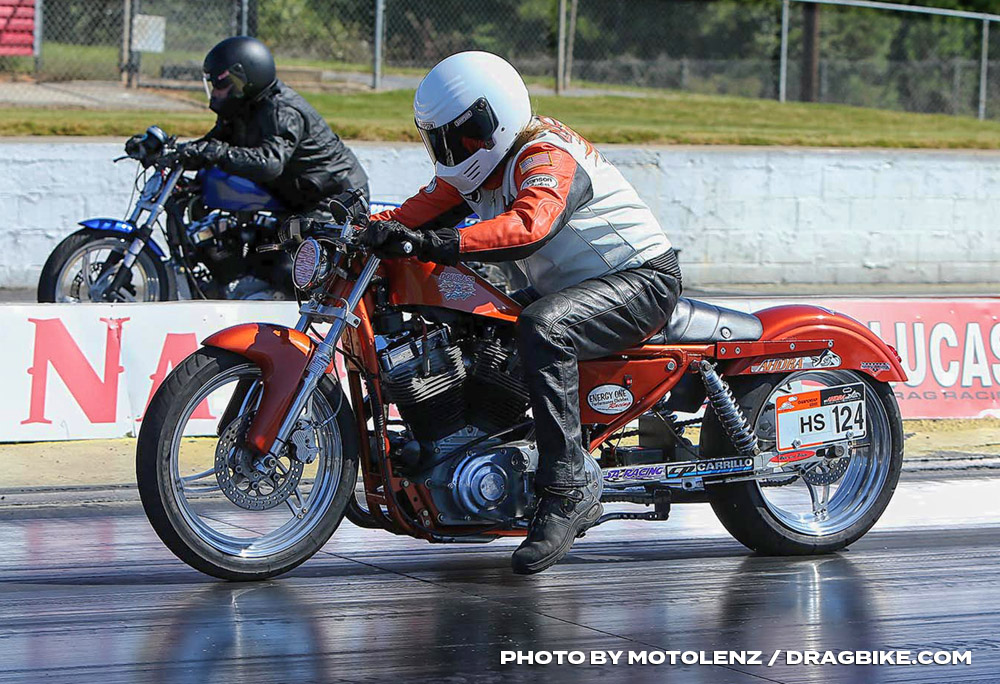 Super Pro 10.30 Index went to Butch Lowe in Atlanta, with Brad Ross Jr. the runner-up and number one qualifier. 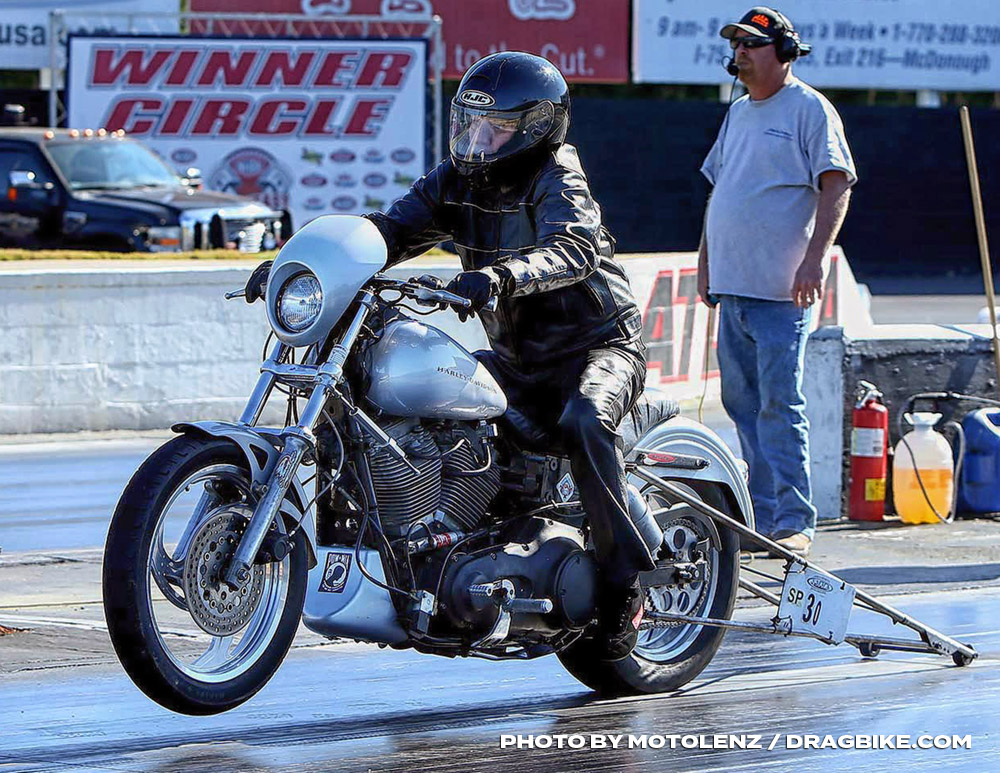 The Atlanta Pro Eliminator 10.90 final was won by Stoney Westbrook over J.J. Stringer with Blair, again, the number one qualifier. 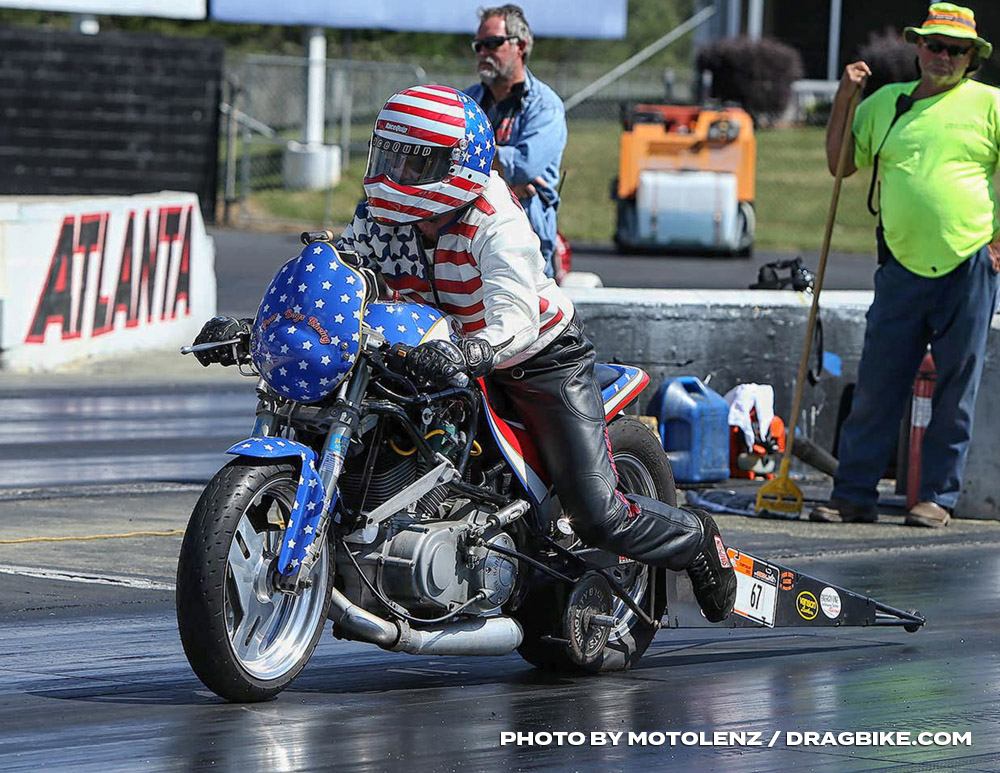 Illinois sportsman Kevin Winters has made a habit of doubling at every AHDRA event this year, but had to settle for one Crete’s Performance Street Eliminator 11.50 win in Atlanta. Will he get back to deuces in Florida? Or will perennial runner-up Charlie Walker take the win this time around? 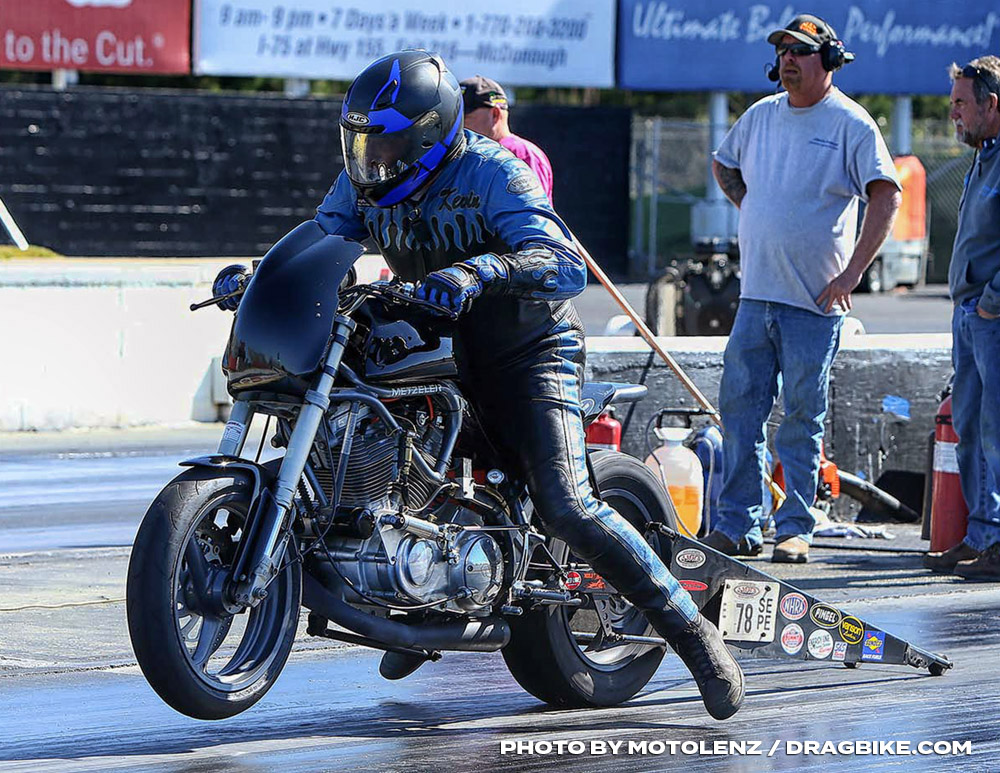 Eliminator and Trophy races will abound in Orlando, so bring your helmet and enter your piece to see how you measure up at this drag racing thing.

MTC’s Eric Hochstetler, Speed World’s Ozzy and Jennifer Moya, and AHDRA’s Bill Rowe and his family, crew, and sponsors look forward to welcoming you to two straight races in the Sunshine State, with Orlando followed by the legendary Gainesville Raceway on November 6-8. This is what the racing life is all about, so trailer up and live the dream!