HomeSanctionsAHDRAAHDRA BRISTOL : Caldwell #1 Qualifier and Runner up in Finals

AHDRA BRISTOL : Caldwell #1 Qualifier and Runner up in Finals 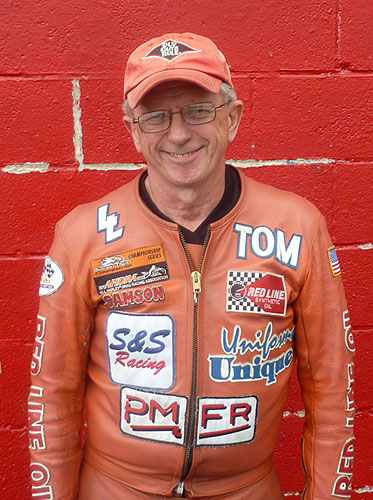 Tom Caldwell of Caldwell’s Speed and Custom and Old Guys DO Rule Racing brought some pretty powerful passes to his home track at Bristol Dragway with the AHDRA in the AHDRA Pro Stock class.

Caldwell qualified #1 with a 8.241 and was the fastest of the Pro Stock field with 159.93 mph in what proved to be a very very wet weekend, with the adjusted altitude being around 5,000 ft. AHDRA had an unusual situation at Bristol by test and tune and qualifying on Friday and then had planned for 2 more qualifying rounds on Saturday and racing under the lights at the Thunder in the Valley event. BUT mother nature said no no no. There was time for a couple test and tune passes but then there were a few giant raindrops right before a 2 inch drenching closed out Friday qualifying session and sent everyone scurrying for cover and when the rains were over, everyone was out looking for what had washed away from their pits (Caldwell’s pit mats were found 50 yards away).

However, umbrellas and rolled up jeans were the price of admission for the ProStock/Pro Mod Dinner on Friday night. Caldwell’s long time friend and sponsor, Randy and staff of Southern Biker Magazine put out a great barbeque spread for the racers and family. Because qualifying was a wash out, there was a very adequate time for bench racing and silliness in a VIP 4th floor suite in the Bristol Tower (nice to see how the other half live 😉 DELUXE.

On Saturday, the sun came out and continued to bake water from the track adding to the delay, but the Bristol track crew was totally on top of the problem and got everyone back on track and continued to clean up between passes (good job, Bristol). Saturday Caldwell qualified #1 and was acknowledged during the opening ceremony. Southern Biker Magazine had posted $150 for #1 qualifier in Pro Stock. Tom was very proud to accept the check from them at his home track. He advanced to the finals against OJ Marinelli and although Caldwell’s time was quicker and faster, OJ got an amazing hole shot tripping the win light with Caldwell’s 8.273 ET and 155.55 mph just not strong enough to take THIS win. The dew had fallen on the track and Caldwell spun in 3rd gear through the finish line!

“I kind of felt that I let my sponsors down but, we’re running just great this season and like my friend’s remind me, if this was easy, everyone would be out there trying it. Look out OJ, I’ll see you at the Liberty Nitro Nationals Presented by Vreeland’s Harley-Davidson, Numidia Dragway, Catawissa, PA”

Everyone is anxiously awaiting the official point’s tabulation and more to come on that asap. Caldwell’s next racer will be at Numidia, PA, Sept. 8 and 9th and then Rockingham and the finals in Louisiana. 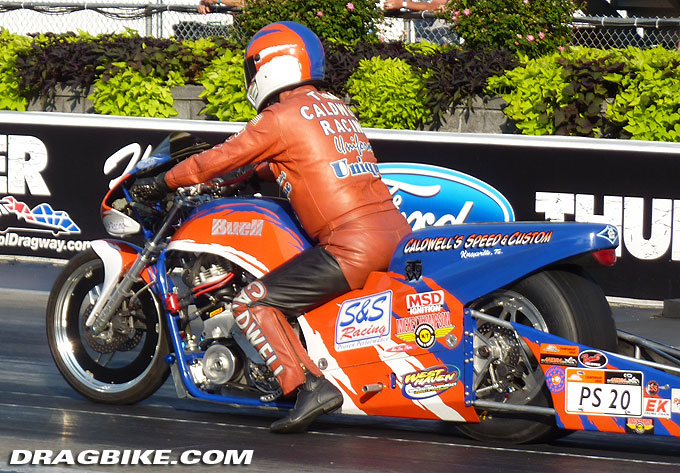 Not too shabby for the “Old Guys Do Rule Racing Team”