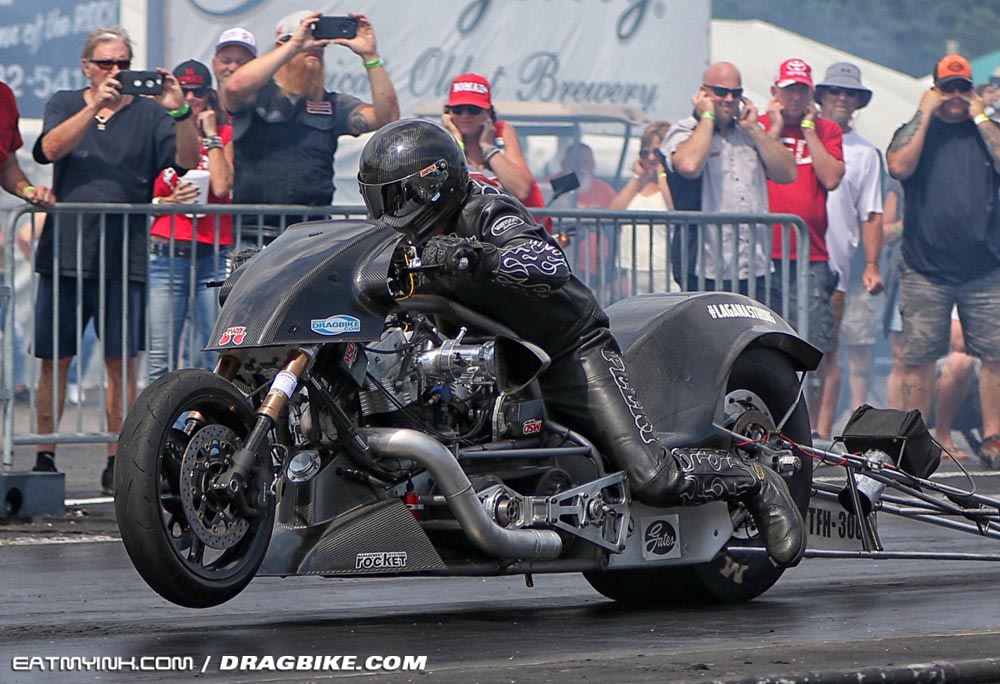 Ryan Peery will be at the Trail to aim for his third AHDRA TKR & Associates Top Fuel win this season on his beastly “Eleanor,” but defending AHDRA TF champion Rich Vreeland and Cecil County winner Tracy Kile will be among the top racers aiming to stop Peery.

Hawaya Racing Nitro Funnybikes get the job done while slightly simpler, smaller, and—sometimes—slower than their big Top Fuel brothers. 6.50s is still hustlin’, though, and guys like Atlanta winner Michael Balch, Rocky Jackson, Sam White, Armon Furr, and Buddy Johnson will all be aiming to claim some Funnybike glory. 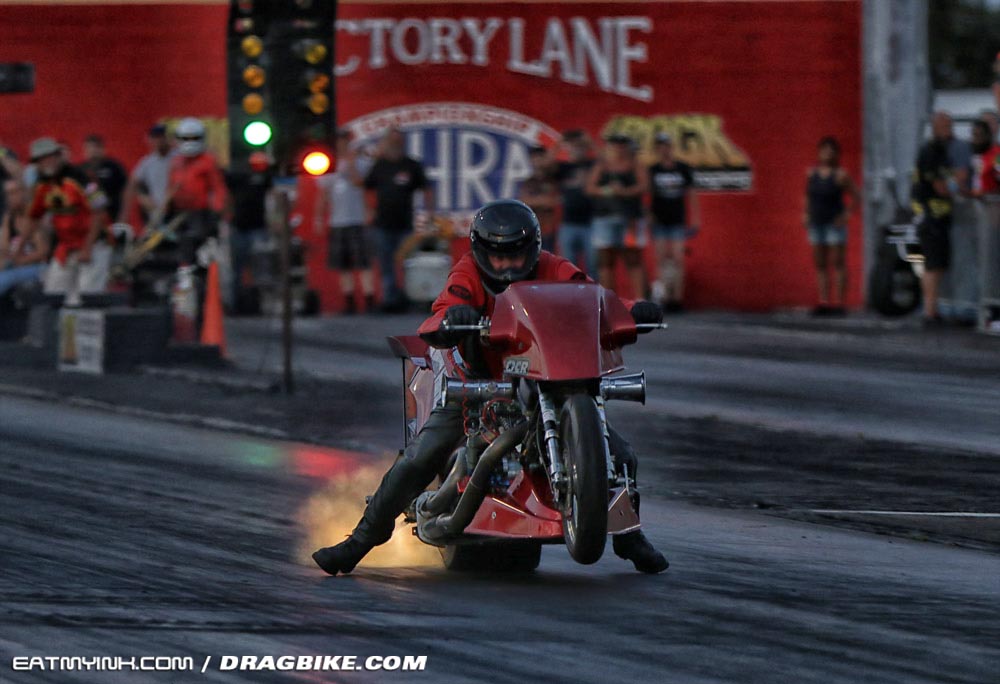 Might be time to put a bounty on Hawaya Racing Pro Fuel champion Preston “President” Bartlett, who’s won every AHDRA Pro Fuel race so far this year. White, Jackson, and Rockingham number one qualifier Jim Martin and others will be among the racers looking to target Bartlett in the carbureted nitro class. 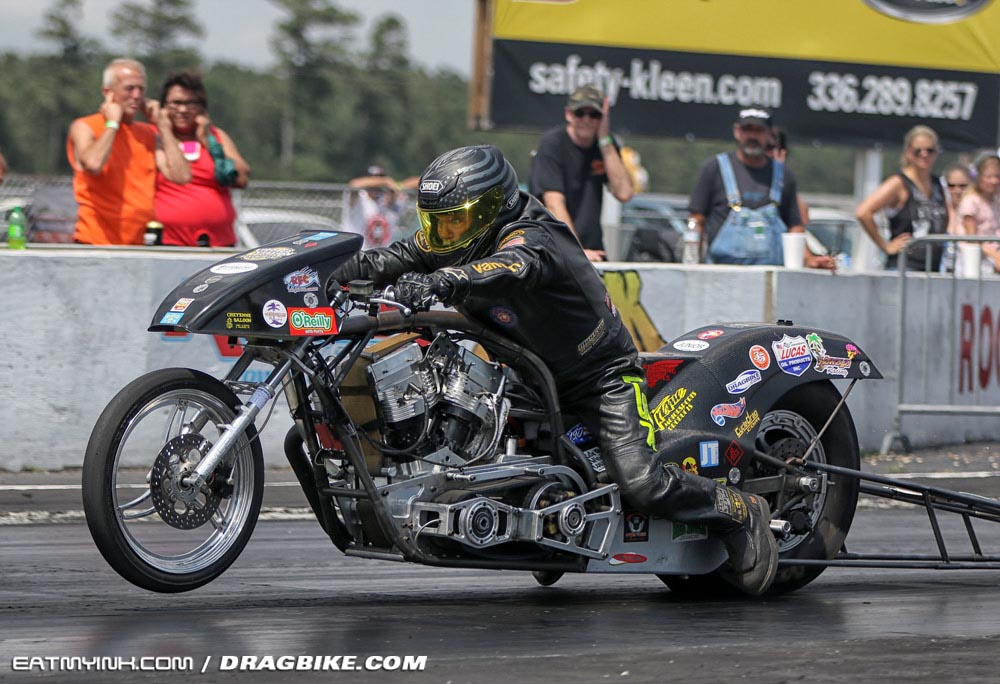 Less noisy but every bit as impressive, AHDRA’s gas classes invade with more competitors than the Brood X cicadas. 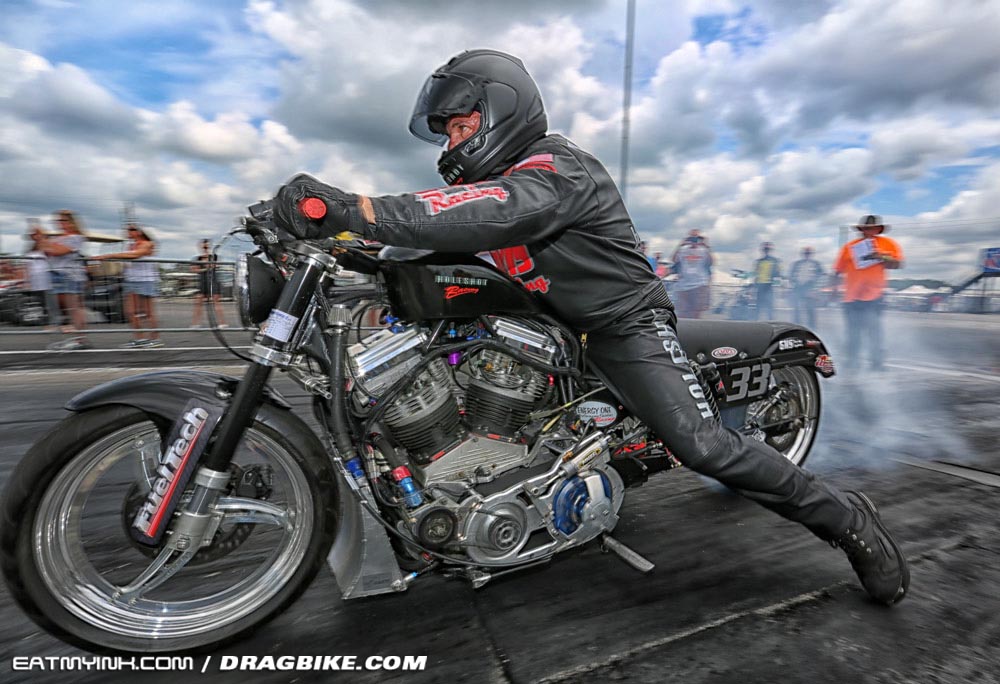 Defending AHDRA champion Mike Motto has been working hard to fix the issues that kept his GMS Racing Pro Open bike’s massive performance from getting results in Rockingham. Motto and builder/tuner Gregg Dahl will be working all-out to regain the class record that Andy Simon took over at The Rock. 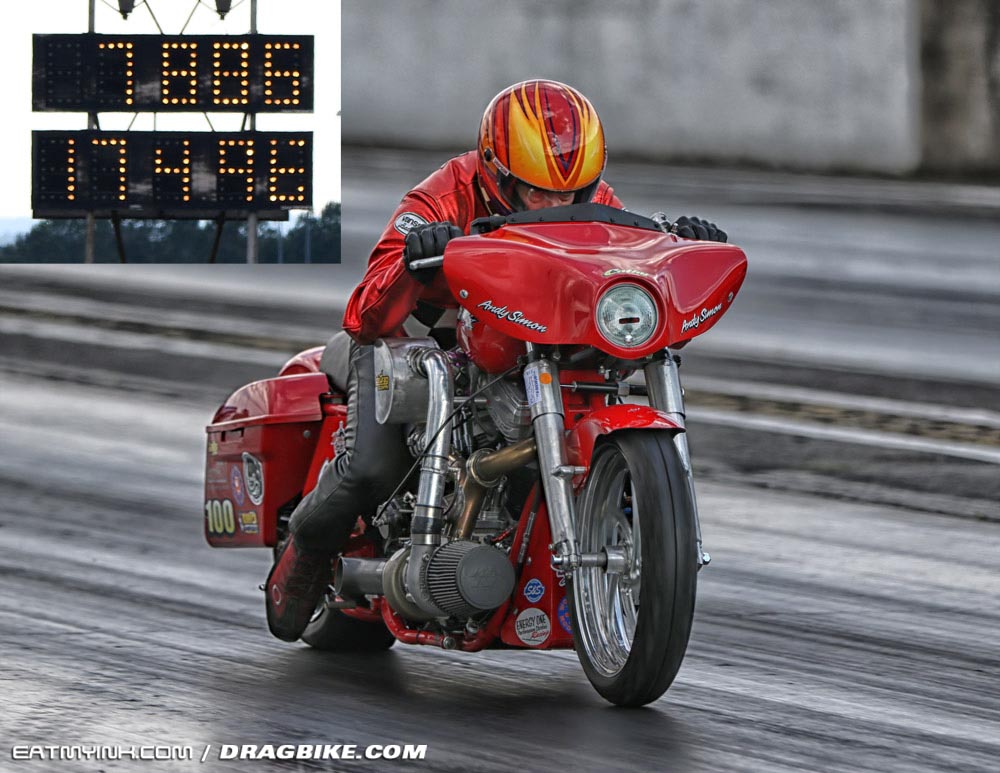 Rockingham Zippers Performance Pro Modified winner Gary Douglass will look to repeat, but will have Cecil County winner Shane Pendergrast to contend with along with many others.

Douglass will also look to win Pingel Modified, but champion Jeff Workman will have a big say in that. 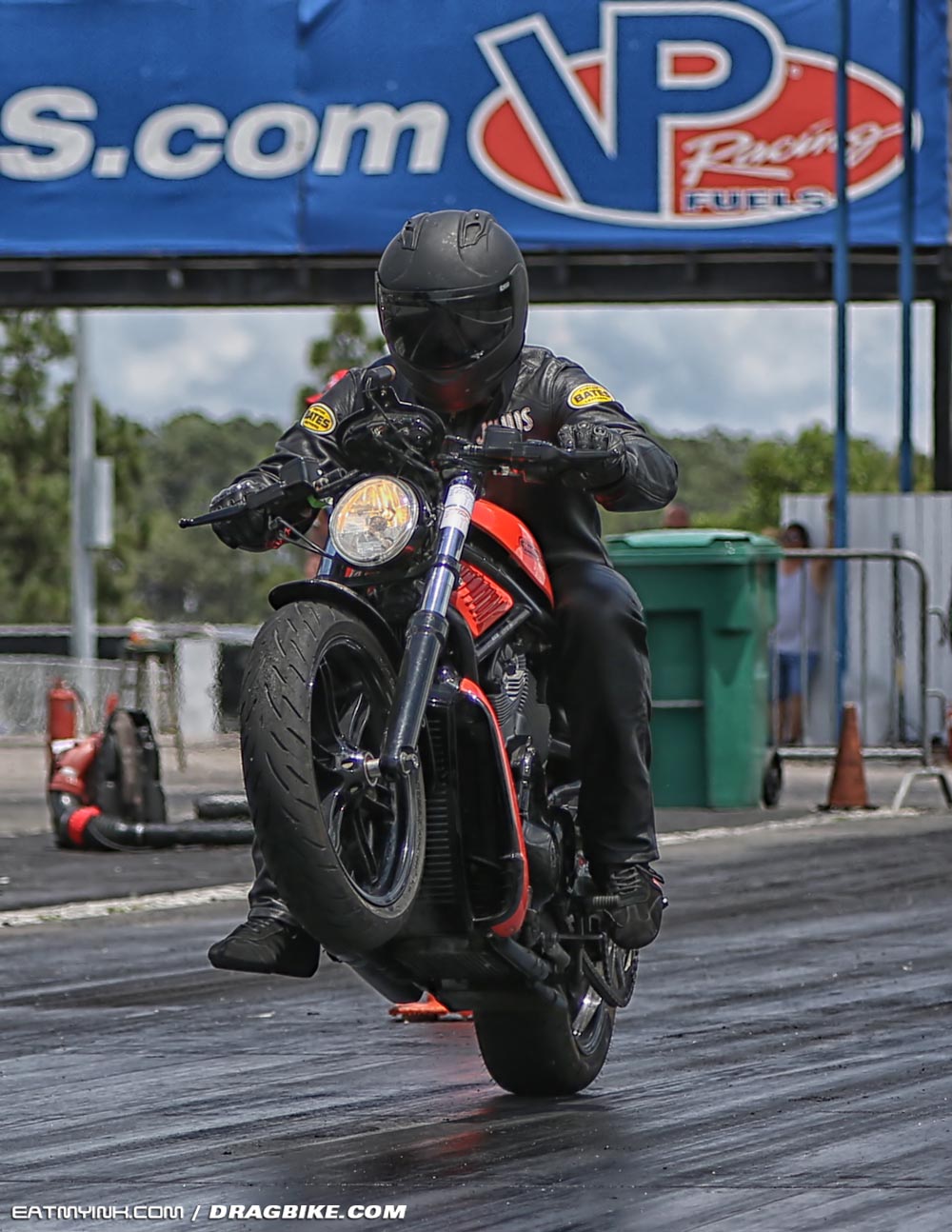 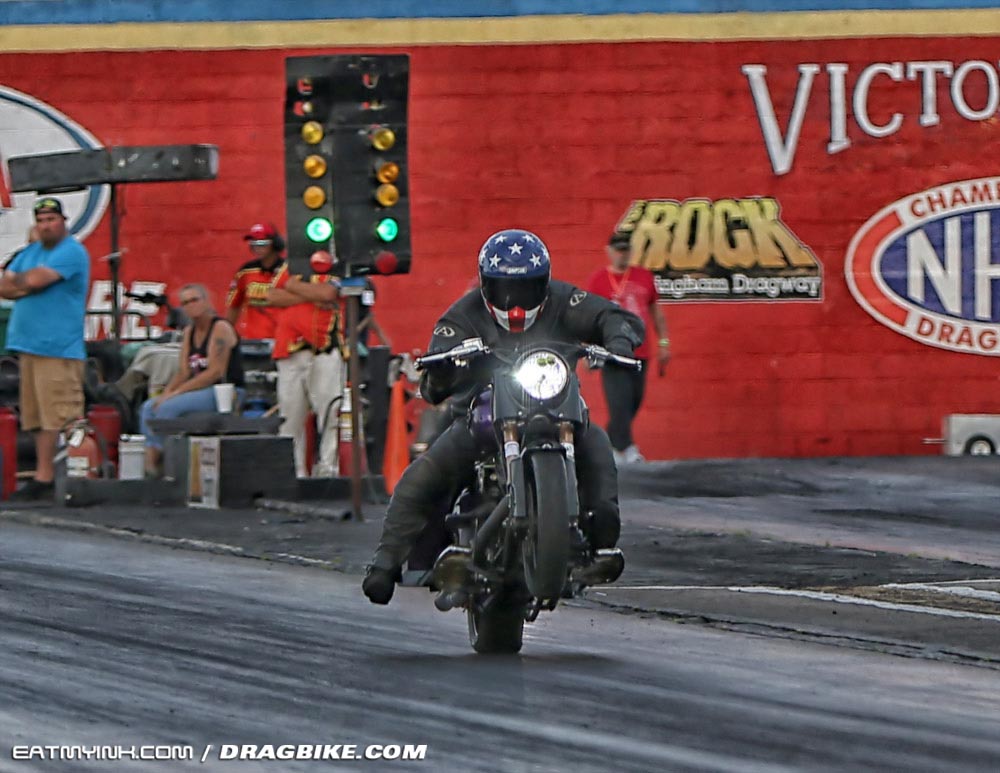 If you have an American V-twin and a helmet, there’s a class for you. Start drag racing now! 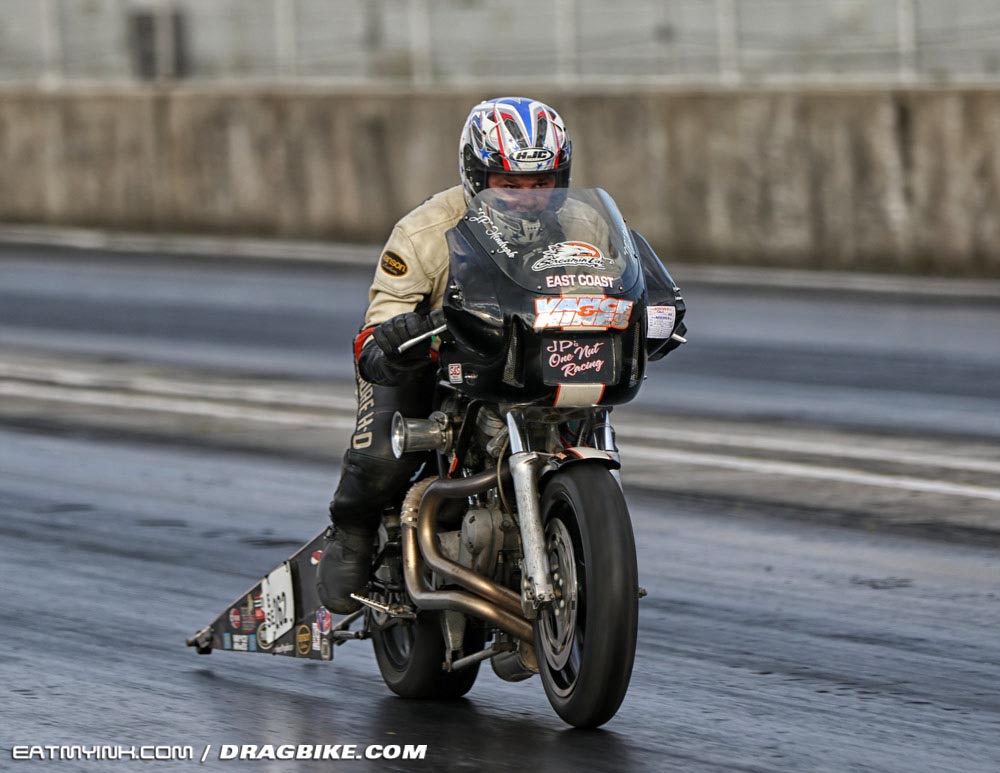 Bill Rowe, his family, and the AHDRA community look forward to hosting racers and fans alike this weekend at National Trail Raceway! 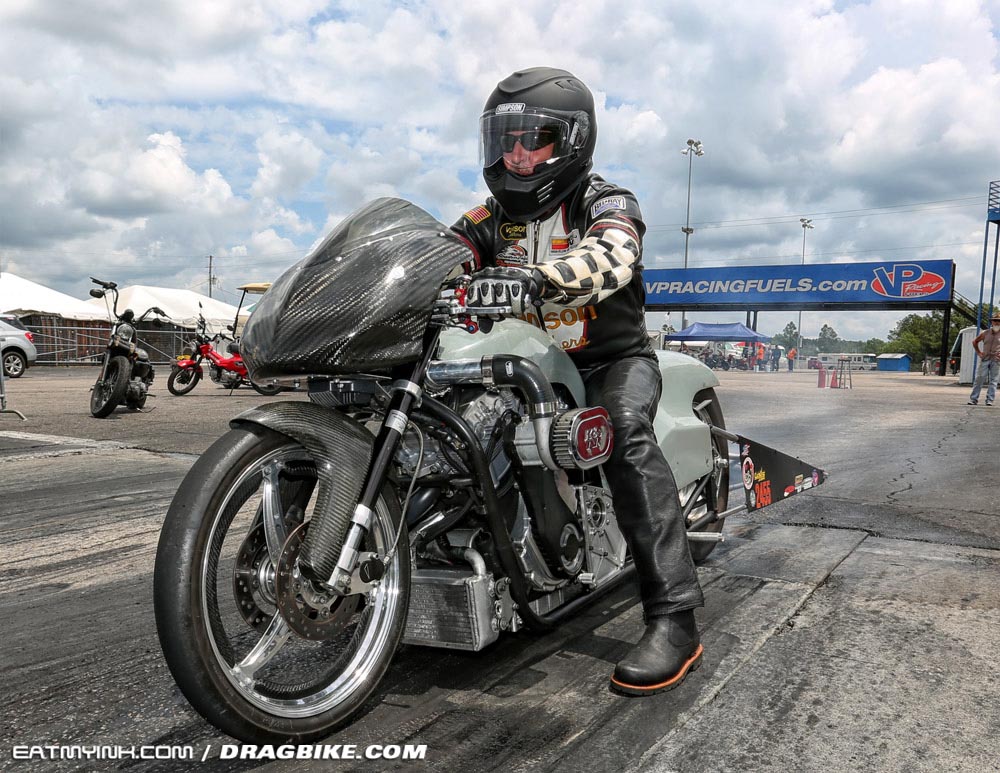