Fans will be treated to a spectacular show at this year’s Screamin’ Eagle Performance Parts Liberty Nitro Nationals presented by Vreeland’s Harley-Davidson at Numidia Dragway.

Due to lack of stacking area at the entrance of the dragway, we encourage all racers arriving Thursday night through early Friday morning to please park at the Walmart in Bloomsburg, or at Vreeland’s Harley-Davidson and head to the track just before noon.

Admission to the Liberty Nitro Nationals presented by Vreeland’s Harley-Davidson is $50 for the weekend and $30 for single-day passes. Discount tickets are available at Vreeland’s Harley-Davidson and Schaeffer’s Harley-Davidson. Children 11 and under are admitted free. Active and reserve Military are admitted free with a valid Military ID. Each event ticket gives fans direct access to the pits for an up-close look at the motorcycles in competition as well as time to observe and meet the race teams. An assortment of vendors will be on hand along with the AHDRA Merchandise Store. Free tent camping at the track with paid weekend admission. 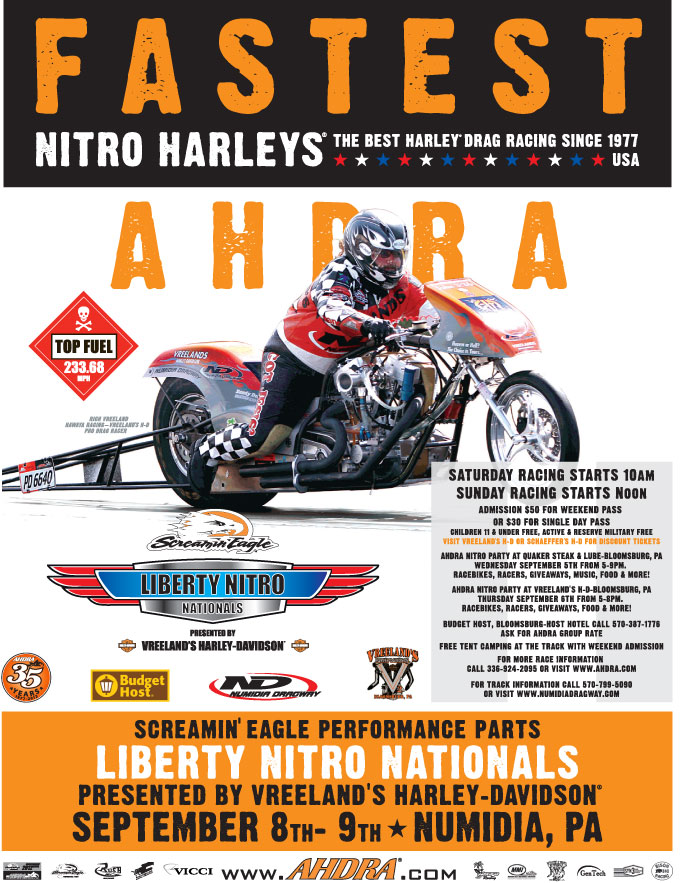