It’s historic Atlanta Dragway’s last season before being turned into a shopping center or housing development or whatever, and massive fields of thundering, flaming, AHDRA nitro bikes plan to leave little left standing in their wake.

More than 20 of the explosive V-Twins are expected to race when the AHDRA All-American motorcycle drag racing series starts the year off at the Commerce, Georgia speed facility on April 17-18, with test and tune on Friday, April 16. 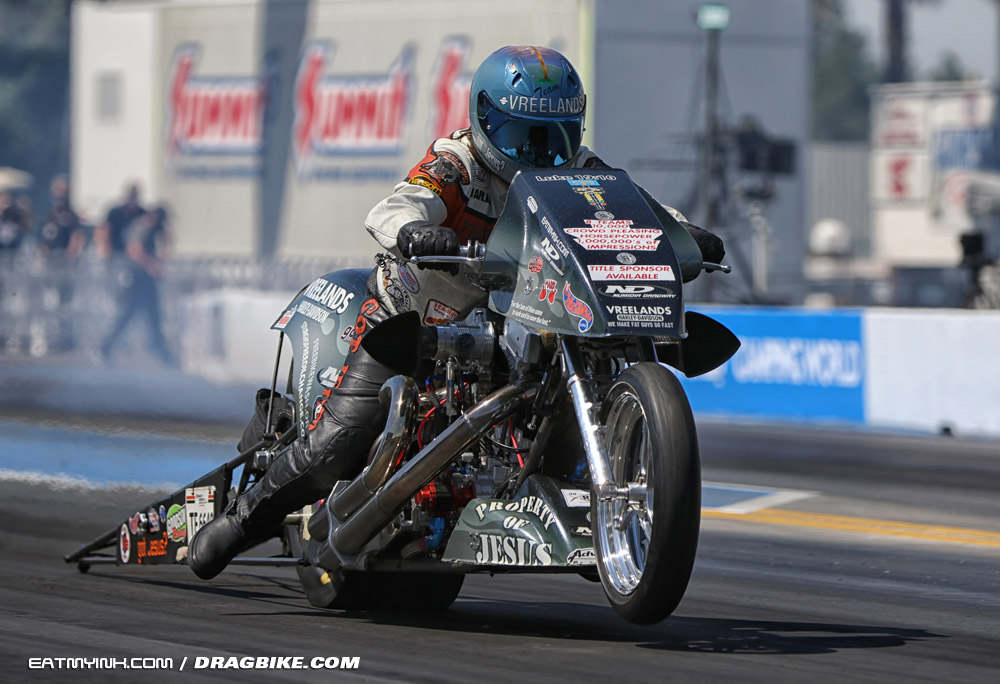 Rich Vreeland started off his Friends of TKR Top Fuel championship season last year by winning the opening race at Cordova. He’ll find repeating that task in Atlanta not impossible, but it will be far more difficult. 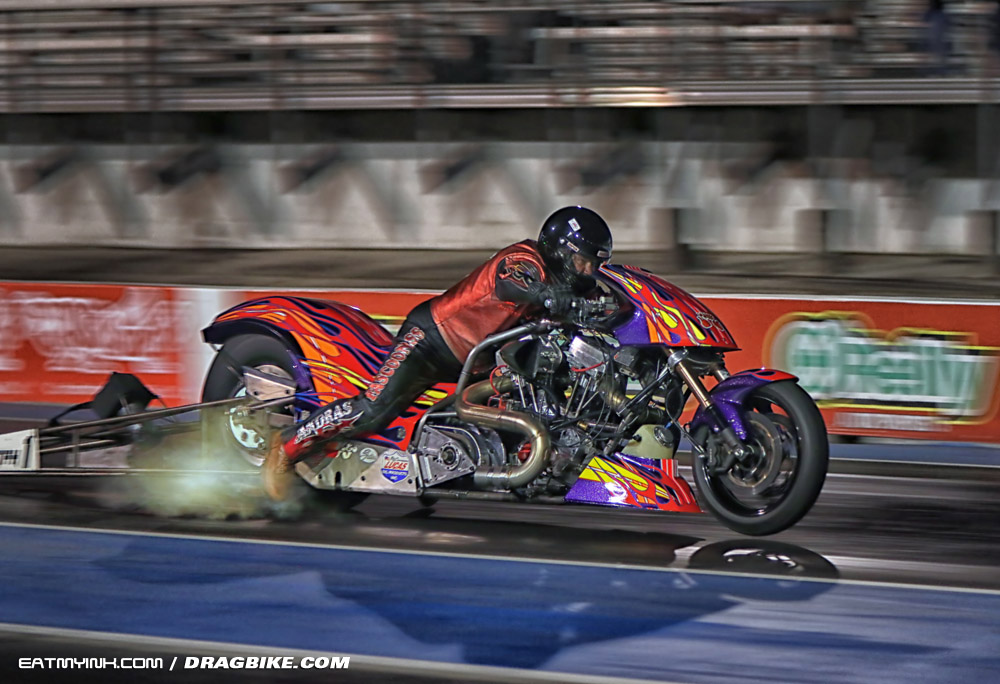 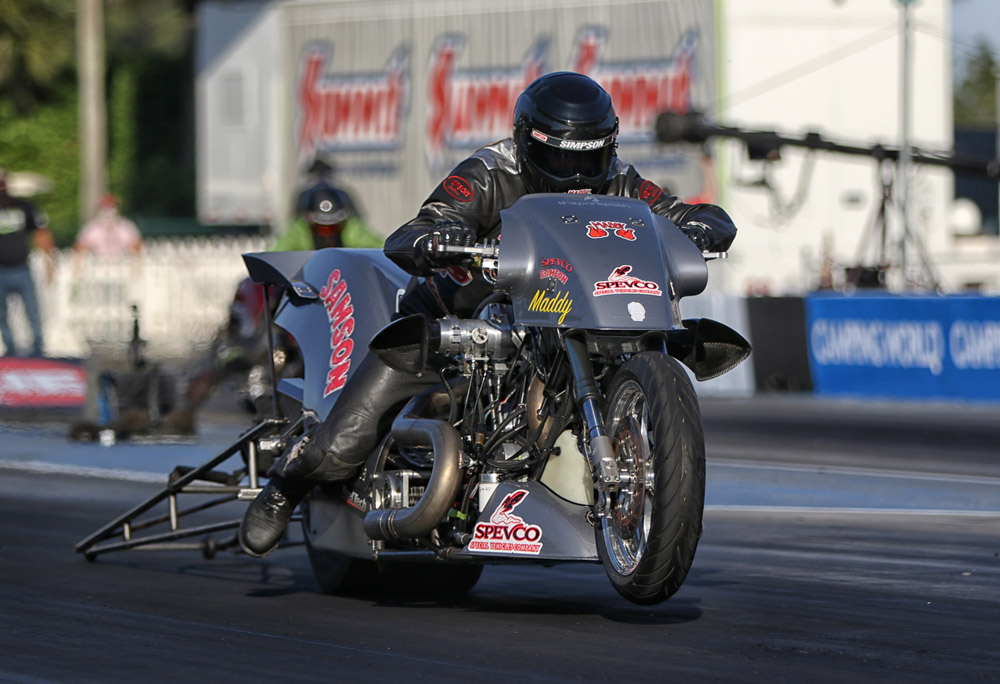 Michael Beland is trading his saddlebags in on a blue barrel of CH3NO2 for Atlanta. Tracy Kile and his Bad Apple Racing team will be there, as well as Tim Kerrigan and Ryan Peery. Ryan is bringing both his Top Fuel and Nitro Funnybike, and Kerrigan might have Frank Velasco as a teammate. 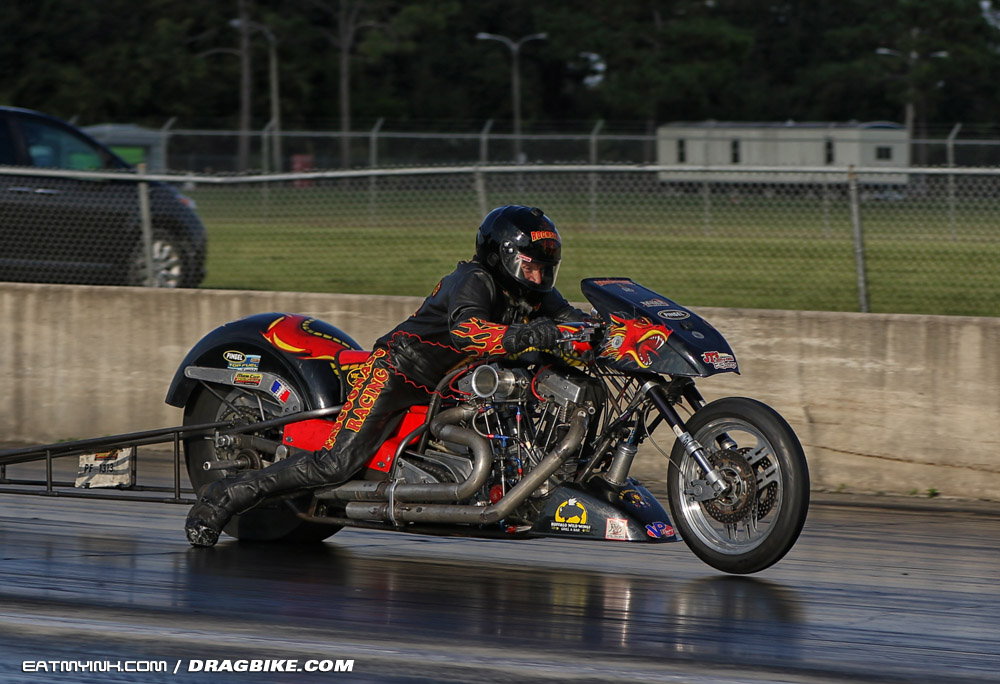 “We are excited be the first Top Fuel team to carry the number one plate for the new AHDRA and are looking forward to full fields this season at every event,” said Vreeland, who’s clearly up for the challenge. 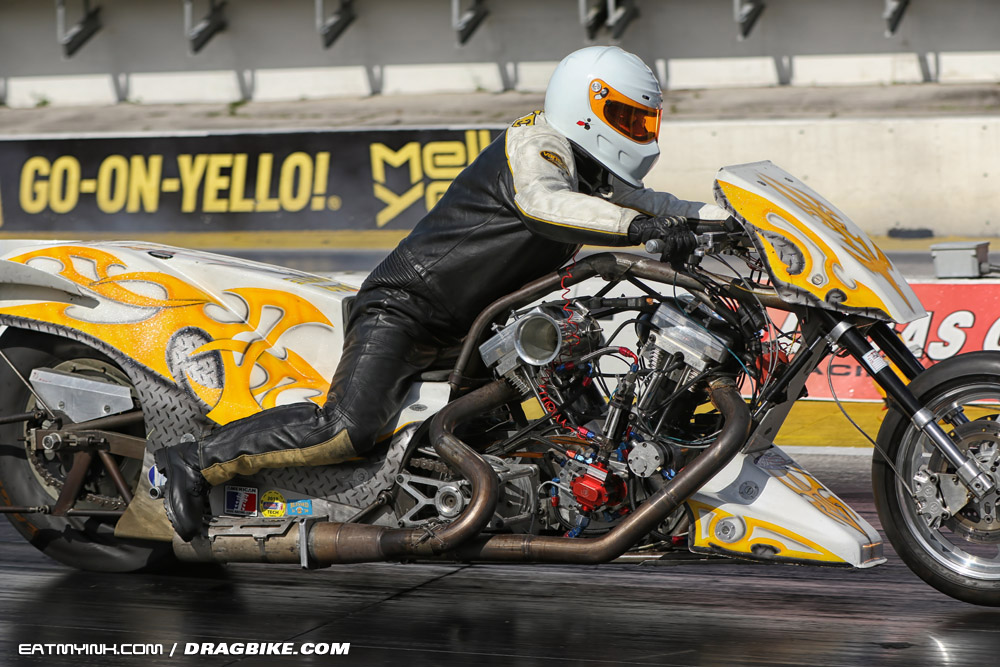 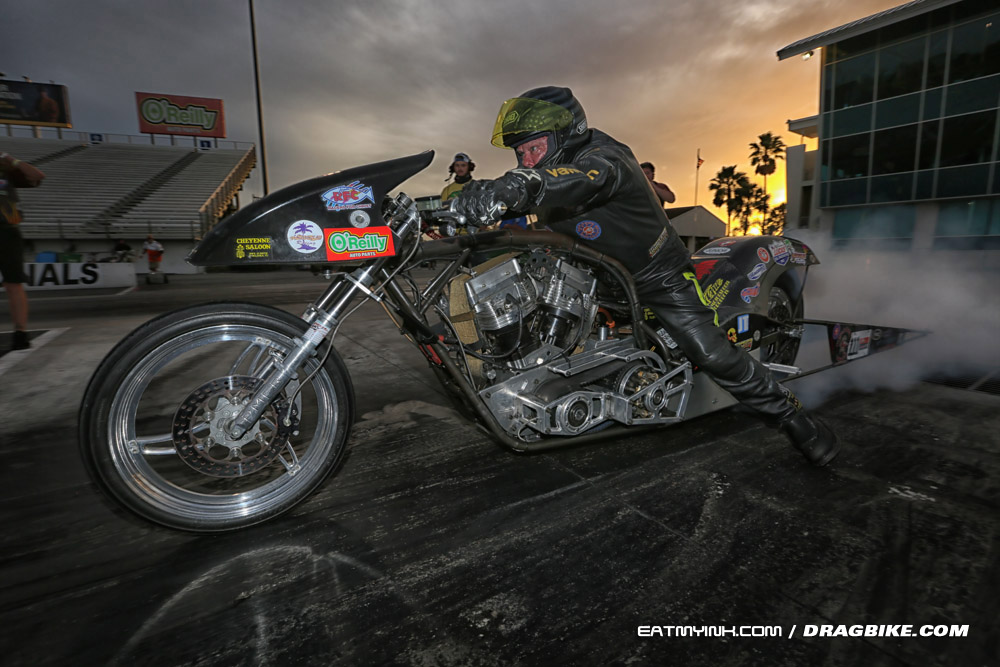 Pro Fuel also gets a big boost this year from Johnny Vickers’ Hawaya Racing, with guaranteed payouts regardless of bike counts. And like magic, bike counts are likely to increase.

Which means more work for LSR’s Preston “President” Bartlett as he seeks to repeat his championship in the carbureted nitro class. He’ll have Gainesville winner White, Jim Martin, Jeannette Thornley, and more to deal with. 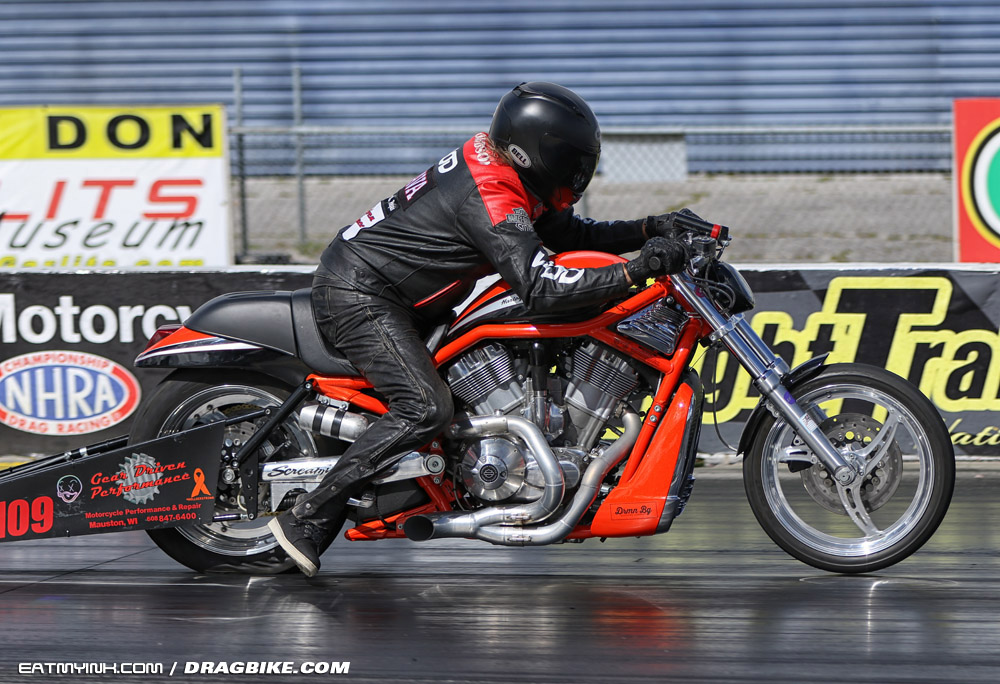 Just because nitro grabs the headlines doesn’t mean that gas isn’t ready to do some damage as well, and AHDRA comes packing plenty of gasoline heat. 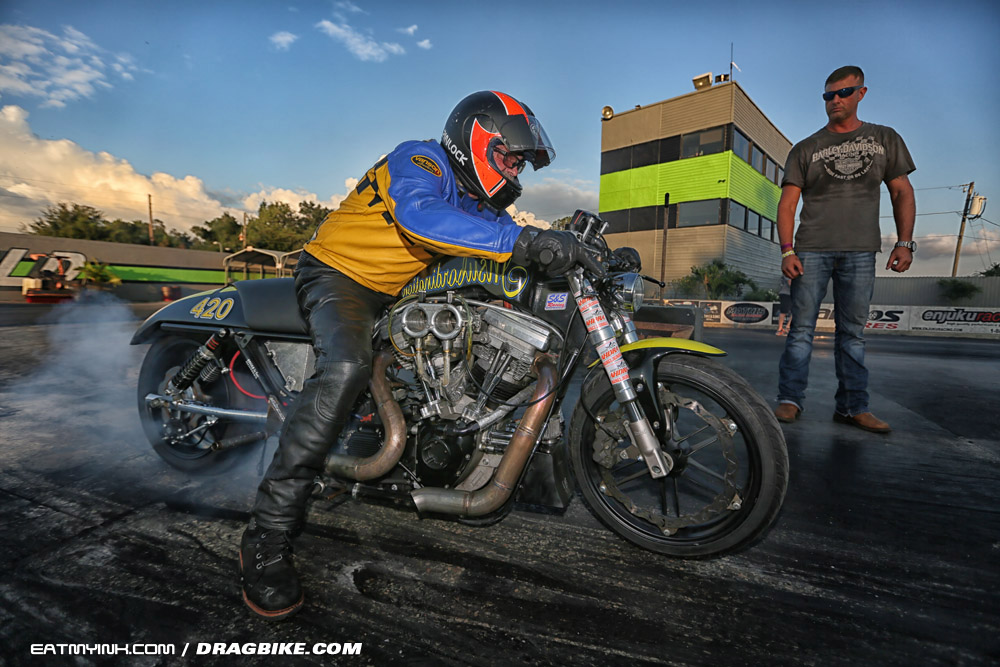 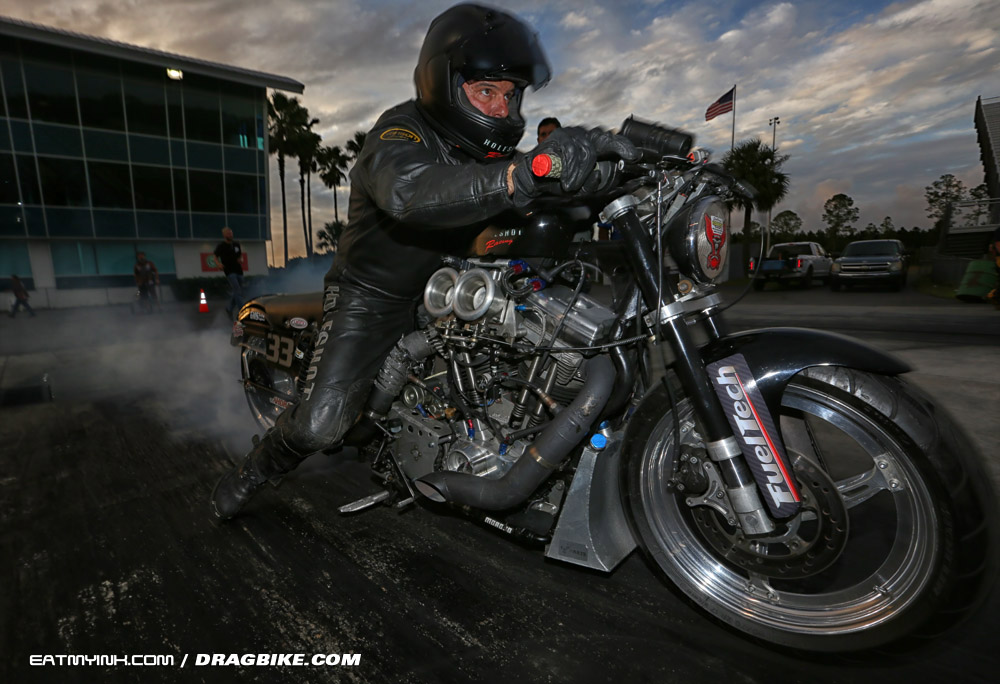 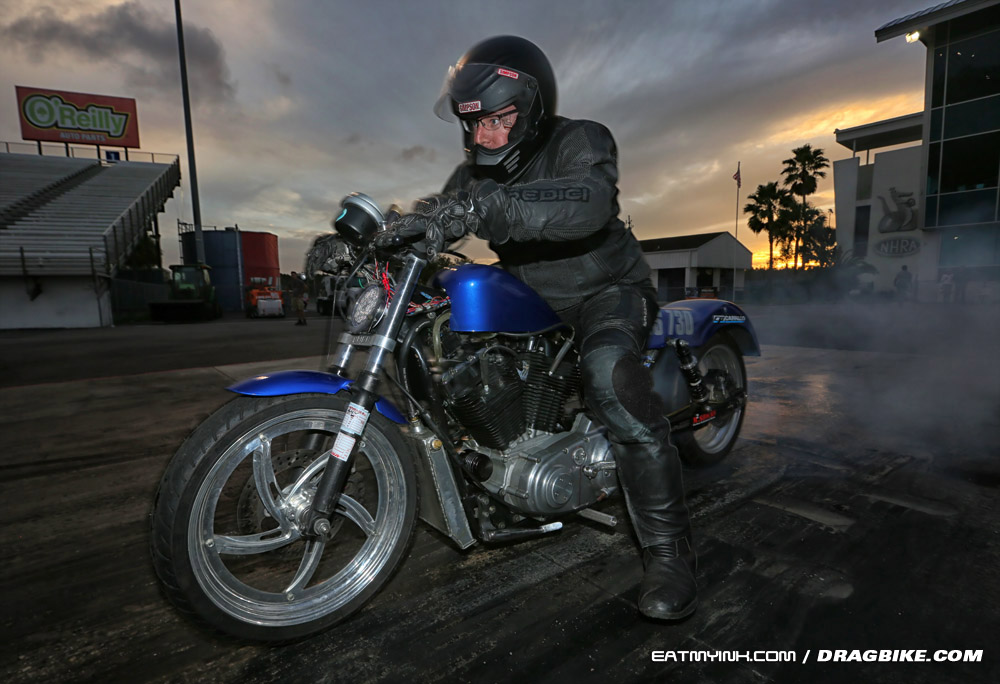 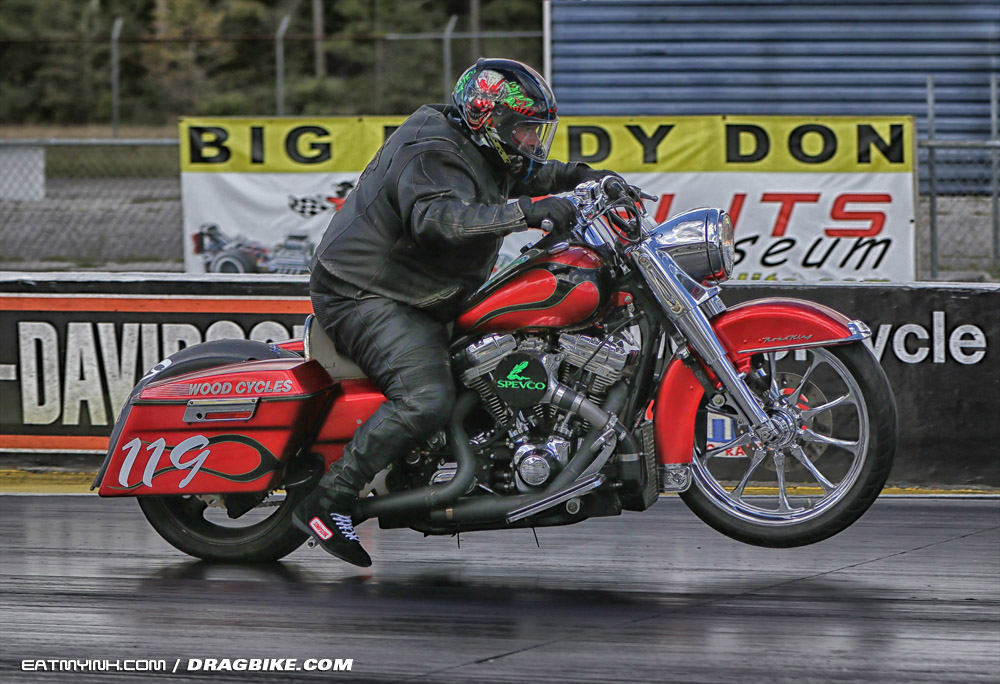 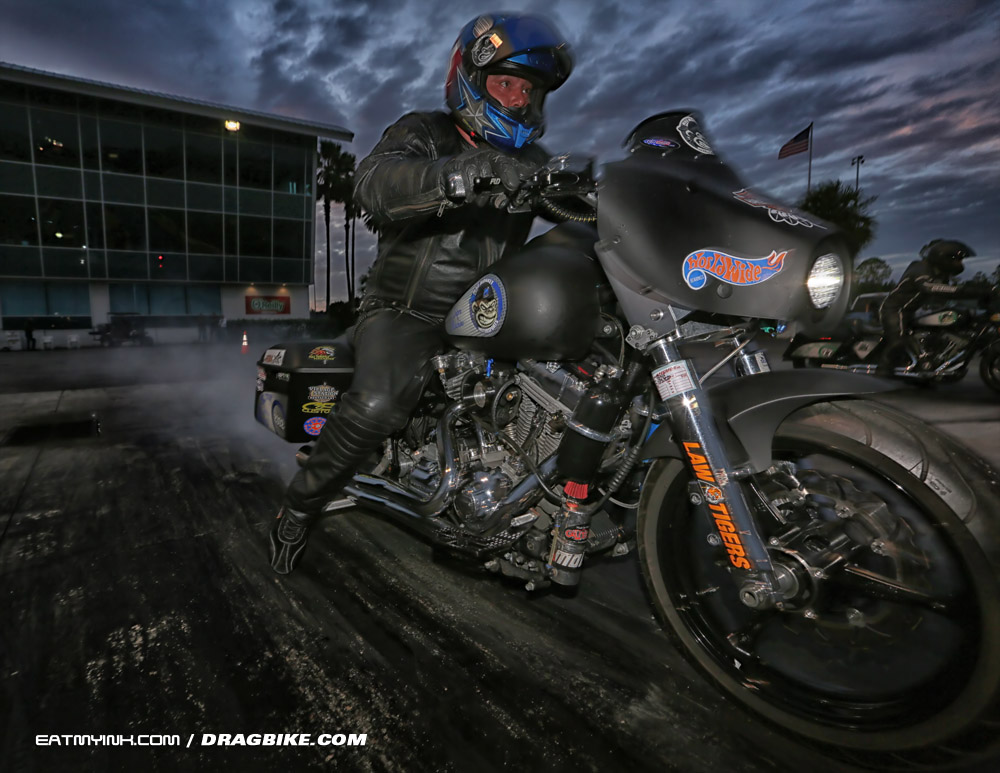 Bill Rowe, his family, and the hardest working, all-American motorcycle drag racing organization in the business look forward to welcoming all to Atlanta Dragway’s farewell season and the next of many more for AHDRA. 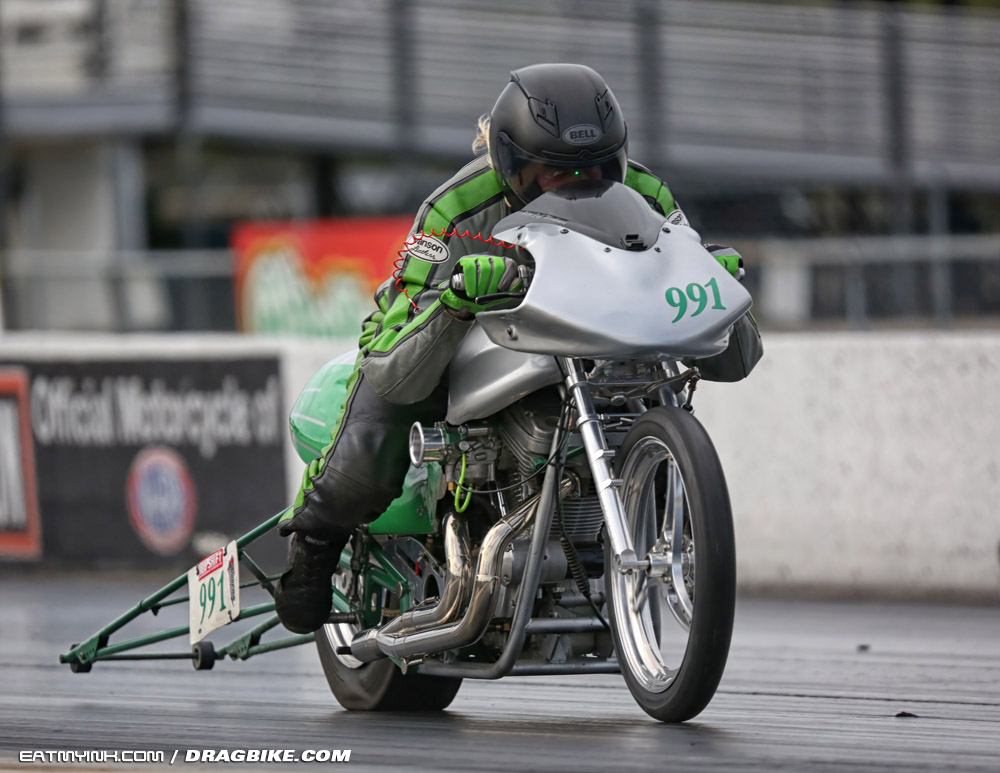 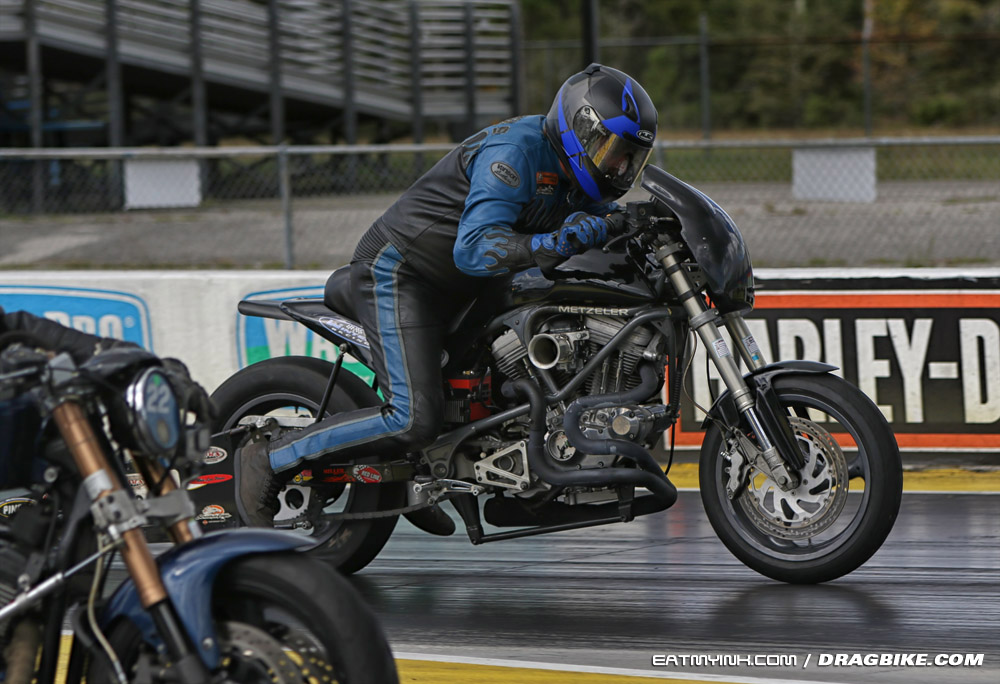 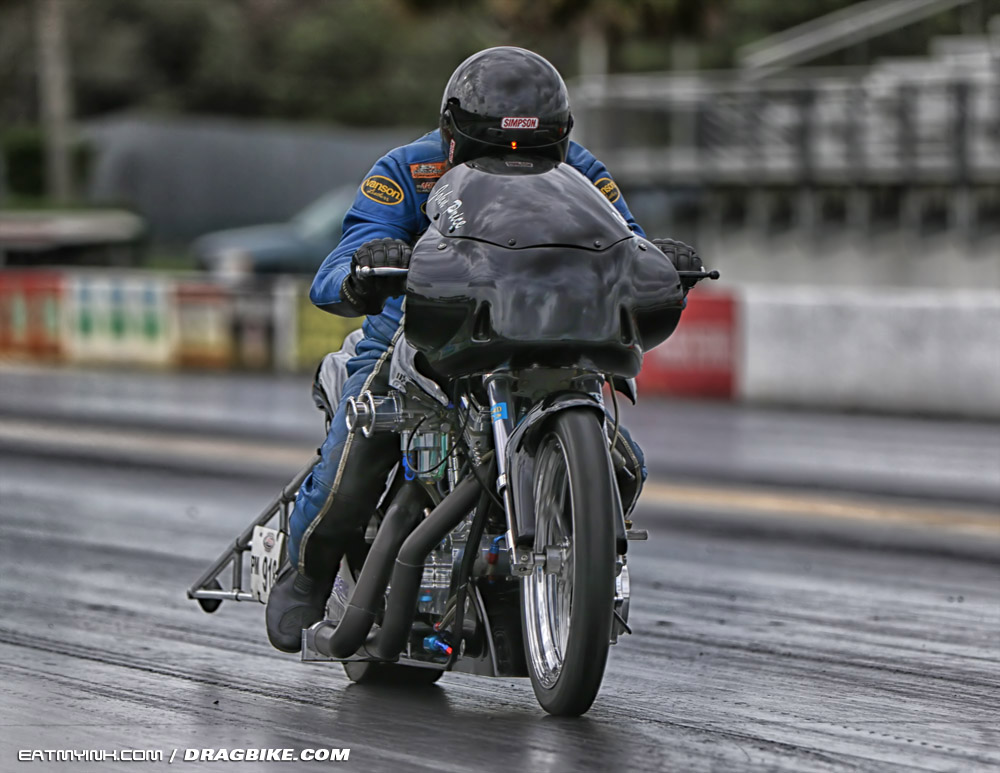 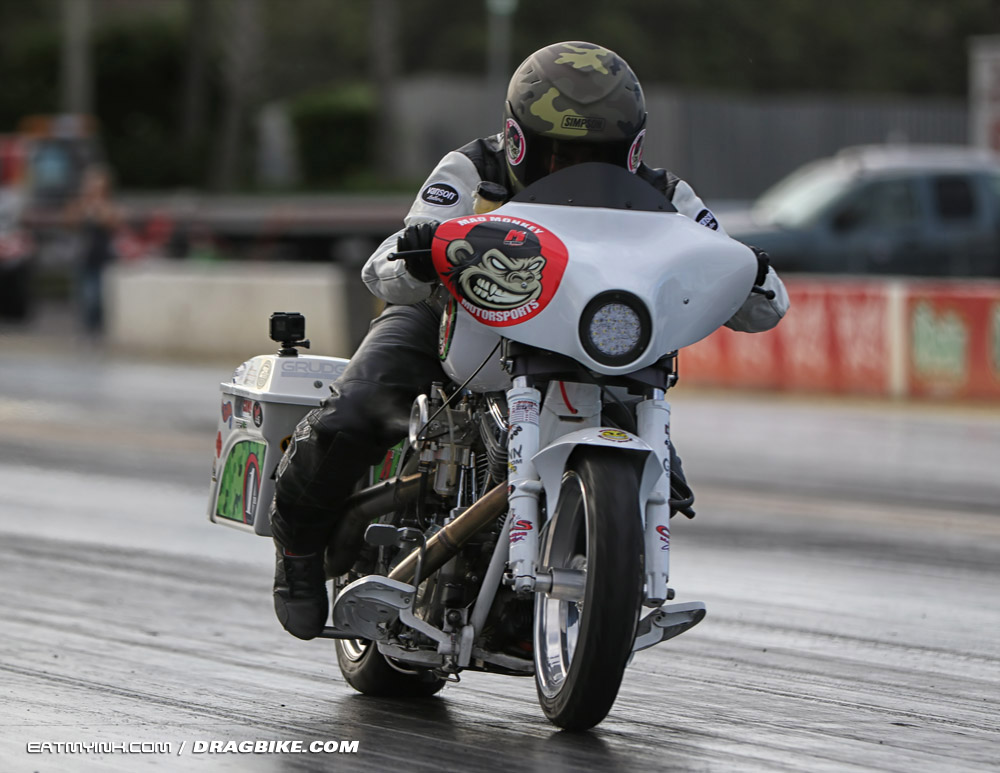 Some classes under close scrutiny this year, updates and rules to be added soon.