It’s hard to imagine a vehicle more difficult to control than a Harley-Davidson capable of accelerating from zero-to-230 miles per hour in one city block.  Sending two such high-profile, nitromethane-fueled vehicles down a narrow strip of concrete and asphalt, side-by-side, is one of the most exhilarating experiences in motorsports.

However, adding moisture to the equation is a recipe for disasterwhich is why, considering an unfavorable weekend forecast, Rockingham Dragway has opted to err on the side of caution with regard to the eBay Motors AHDRA Fall Nitro Shootout that was to have been the first major race in its Rocktoberfast celebration of speed.

“We’ll try to re-schedule at a later date,” said Rockingham track owner Steve Earwood.  “Unfortunately, weather always can be an issue.  It’s something we can’t control and, with a major event like this one, you want to give racers facing travel challenges as much lead time as possible to adjust their plans.

“We’ll huddle with the AHDRA people to see what options are available,” he said, “but we already have a jam-packed fall schedule that begins with next week’s annual Super Chevy Show and, of course, includes the Street Outlaws: No Prep race in October.”

Pffaftown’s Tii Tharpe and the other stars of the NHRA Top Fuel Harley series return to Rockingham Dragway this week for a showdown with reigning AHDRA world champ and current point leader Ryan Peery of Milford, Ohio, in the eBay Motors Fall Nitro Shootout, first major race in the track’s Rocktoberfast celebration. 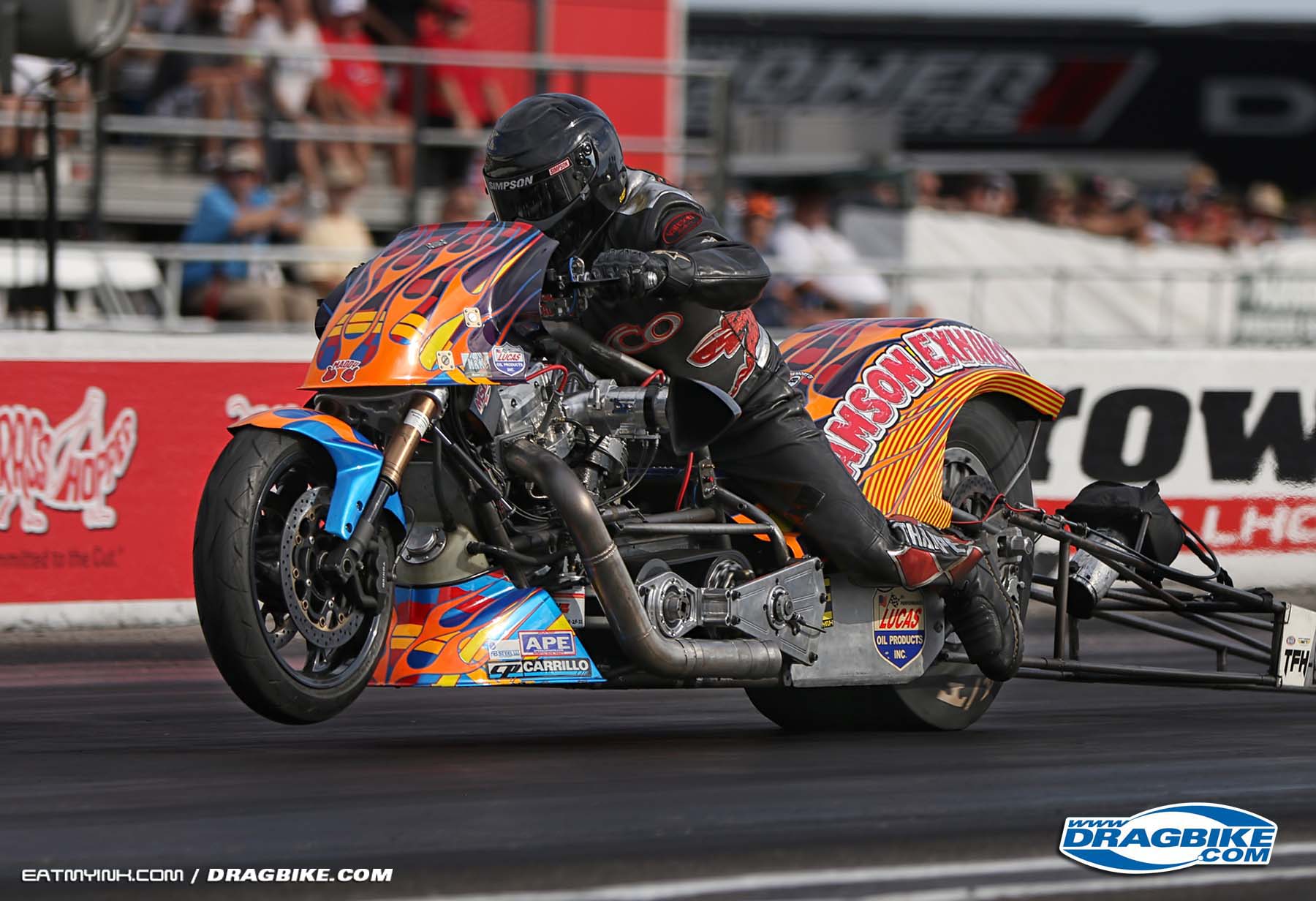 Peery, who got his first ever Rockingham win a year ago when he beat Jimmy McMillon of Deland, Fla., for the title in this event, will try to make it two-in-a-row astride a bike on which he lost to Tharpe in the first round at last week’s NHRA U.S. Nationals at Indianapolis, Ind., after winning it all the year before. 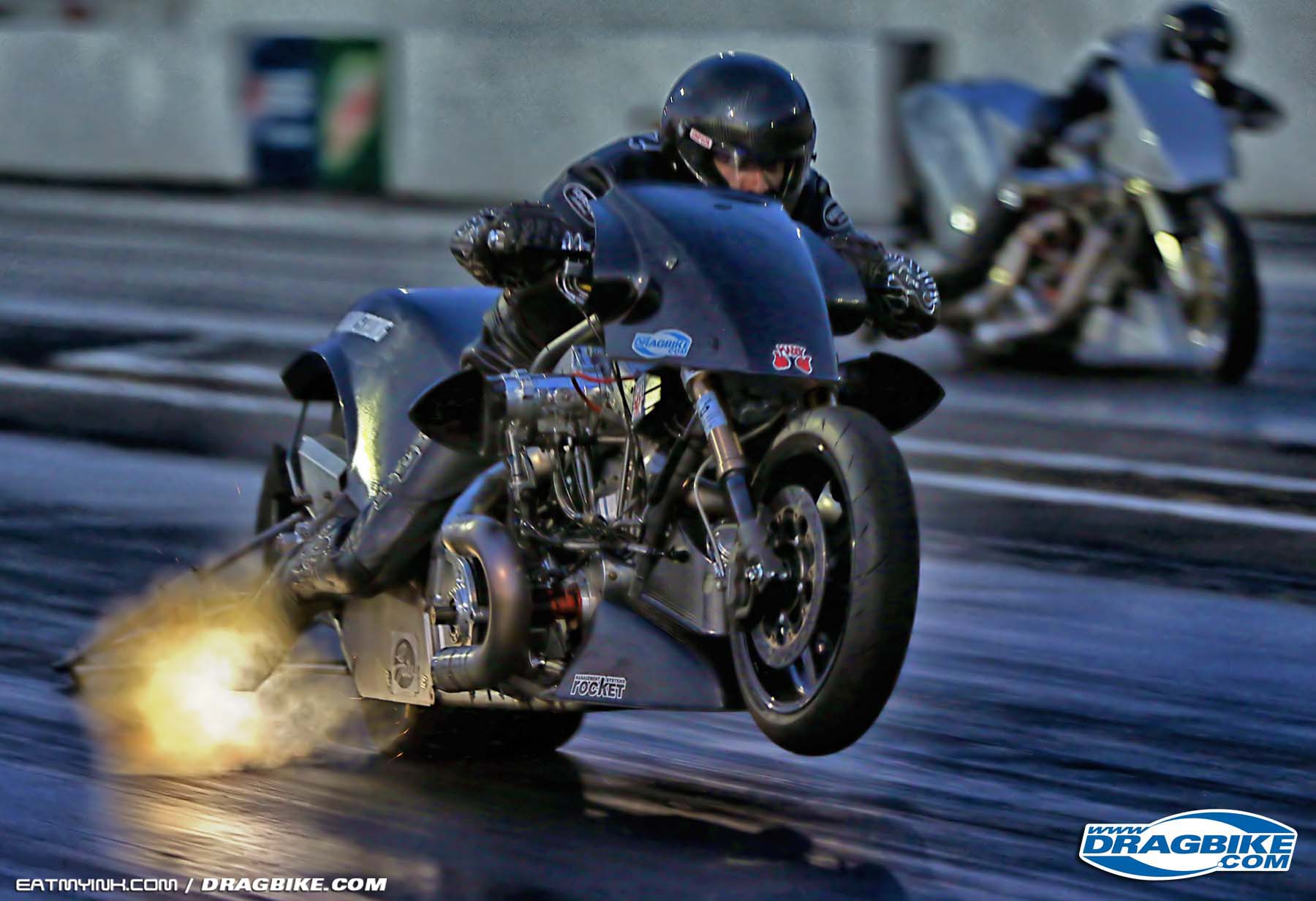 A two-time NHRA series champion, Tharpe has struggled in the past in the AHDRA event but has dominated in the AMRA Jim McClure Memorial event in which he will be bidding this year for his third consecutive Ray Price Top Fuel Challenge trophy.

A third Carolina rider, Ashville’s Tracy Kile, could surprise the favorites as he did two months ago at Milan, Mich., where he beat Perry in the final.

“I got lucky,” Kile admitted, “but it takes a little luck to win these things too, you know, consistency, reliability, and a little luck.”

While the spectator focus may be on fuel racers like Peery, Tharpe, Kile, 2020 AHDRA champ Rich Vreeland, Sam White of Chapin, S.C., and others, ET bracket Harley riders will get a little extra attention, too, thanks to Law Tigers Motorcycle Lawyers of North Carolina who have guaranteed $1,000 winner money for both Saturday and Sunday.

Gates open Friday at 10 a.m. for a 4-10 p.m. test session preceding the start of qualifying on Saturday. Pro and nitro qualifying sessions at 3, 5:30 and 8 p.m. Saturday will set the stage for Sunday eliminations beginning at 12 noon.

Two-and-three day passes are available at a discounted rate and The Rock is offering $5 off on tickets purchased in advance at www.rockinghamdragway.com. Tickets purchased at the gate are $25 a day. 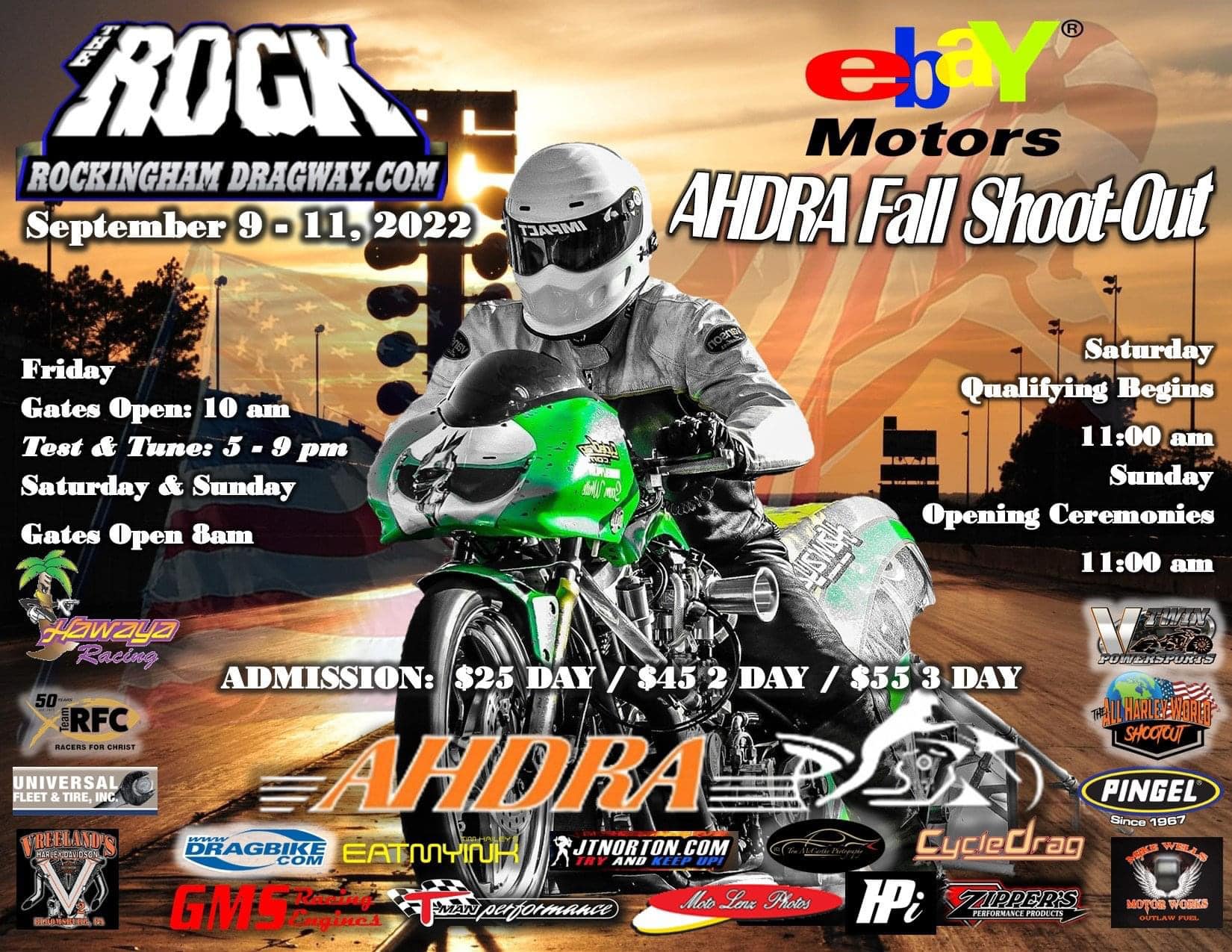