HomeSanctionsAMRAAMRA: Dialing In On The Details

AMRA: Dialing In On The Details

Dialing In On The Details

Greg Baugh, John Toth, Marianne Miller, Bill Rowe, and Bert Baker met last week for an all-day session to discuss issues related to the new AMRA. At the meeting issues like social media, corporate structure, banking, the event trailer, live feed, t-shirts and the 2020 race schedule were a few of the topics discussed. The group of five recognize Greg as the leader but all five carry equal weight. It was Greg who worked with Marty and Jayne VandenHeuvel to finalize the deal last fall. When asked why he got involved with AMRA ownership, Greg offered the following; “ all five of us felt that AMRA ownership was a way to give back to something that has given us many good memories and we wanted to make sure that continues well into the future. We all know and we all accept that this is not a money-making venture and we will have to make good decisions to ensure that it is not a money-losing venture”. 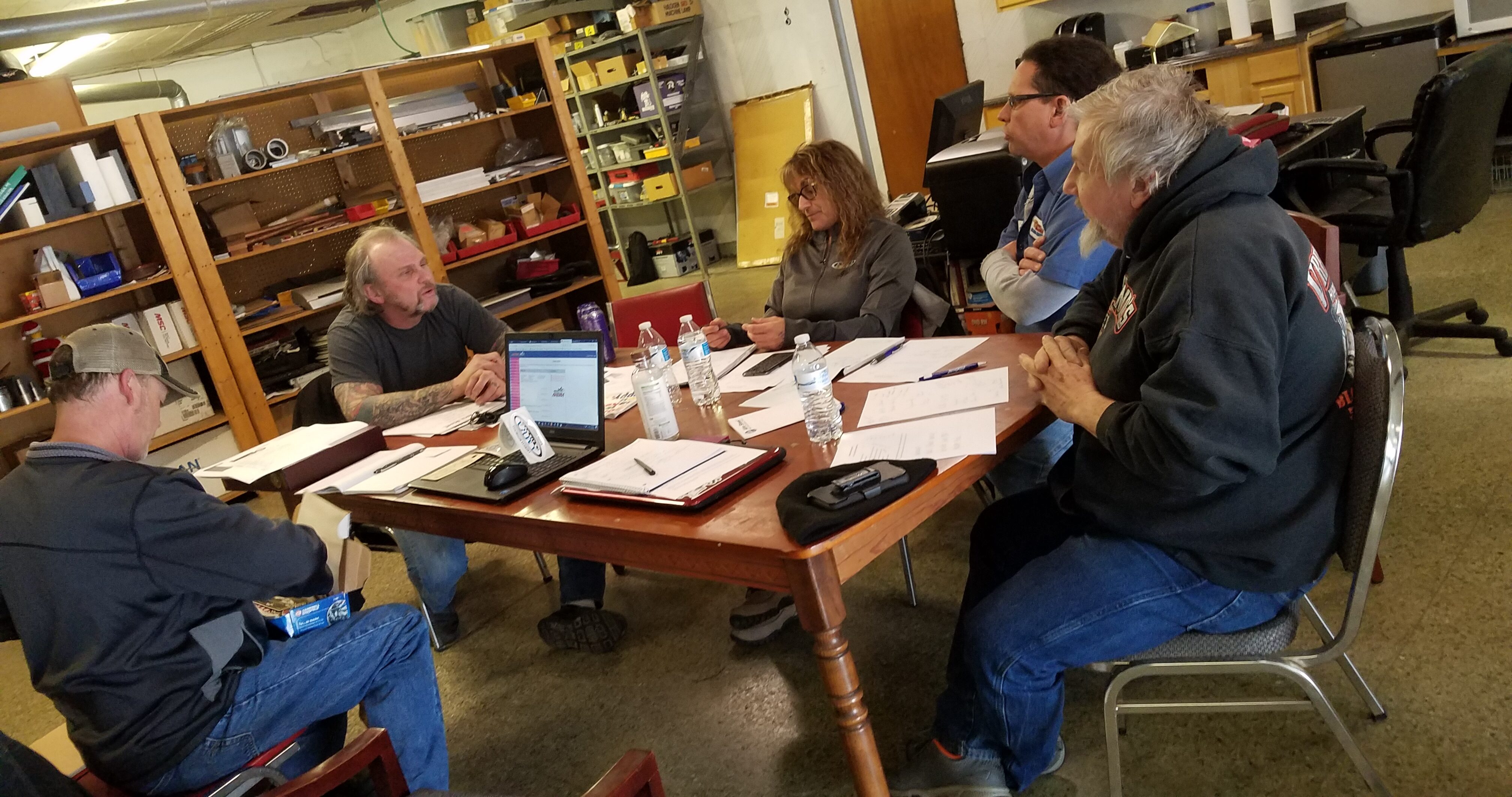 All five people are long-time small business owners. This an important fact because when something needs to be done at a small business, you need to roll up your sleeves and get it done. Relative to this, Bert said the following. “I was an engineer for 14 years at General Motors before I left to start BAKER Drivetrain. At a big corporation like GM it is easy to sweep something under the rug and move on to the next task.” At a small company like BAKER you need to complete every task or it will come back to haunt you.” He also said “the new AMRA owners have a lot in common but we are diversified enough in our thinking to make good decisions with a healthy built-in check and balance.”

Marianne Miller is not a racer but is involved as an owner because she loves the AMRA culture and is a big drag racing fan. She supports her longtime better half, JT, in his racing endeavors. Marianne has her hands into everything and gets stuff done. When JT was asked to comment on her abilities, he said the following. “ Marianne’s ability to do a job and do it well is amazing. If you stand in between her and a job that needs to be done, you will get hurt.”

John Toth (JT) raced AMA motocross in the 70s and 80s and has been drag racing in the Hot Street class for 12 years. He is currently learning to ride his new fuel bike. He co-organized and co-promoted a race at Mason-Dixon with Bill Rowe a couple of years ago. When asked to comment on what it is like to ride a fuel bike, he offered the following. “ A fuel bike and a gas bike have only one thing in common, they both have two wheels. Riding a fuel bike is nothing like riding a gas bike. It is completely insane and I love it.”

Greg Baugh has been drag racing for 20 years. His computer and electronics background is already paying dividends as he was the architect of the new website and will be the one to set up live feed. His skill set is unusual in that he is very book smart but can turn wrenches like a madman. Bert said this about Greg: “he’s kind of a nerdy grease monkey and that’s very unusual. He can design printed circuit boards and program a machining center, usually, a person can do one or the other. Last year I met up with him at a race and asked him where he got his cylinders for his Outlaw Street bike” to which Greg replied, “I whipped them out on the Haas SL and VF machines last week”.

Lastly, Bert Baker has a history of racing AMA district 14 in the 80s but has only been drag racing for a couple of years. When asked about his racing background he said the following: “ I used to think drag racing was dumb. All you have to do is snap the throttle wide open and go, right? Then my wife sent me to Pro-stock drag racing school when I turned 50 and I learned very quickly that there’s a hell of a lot more to drag racing than I ever knew. When you launch a 250hp Suzuki with the throttle pinned wide open things tend to happen very quickly. Now I’m hooked.” Bert brings 20 years as a transmission maker to the table and understands the American V-twin culture very well. 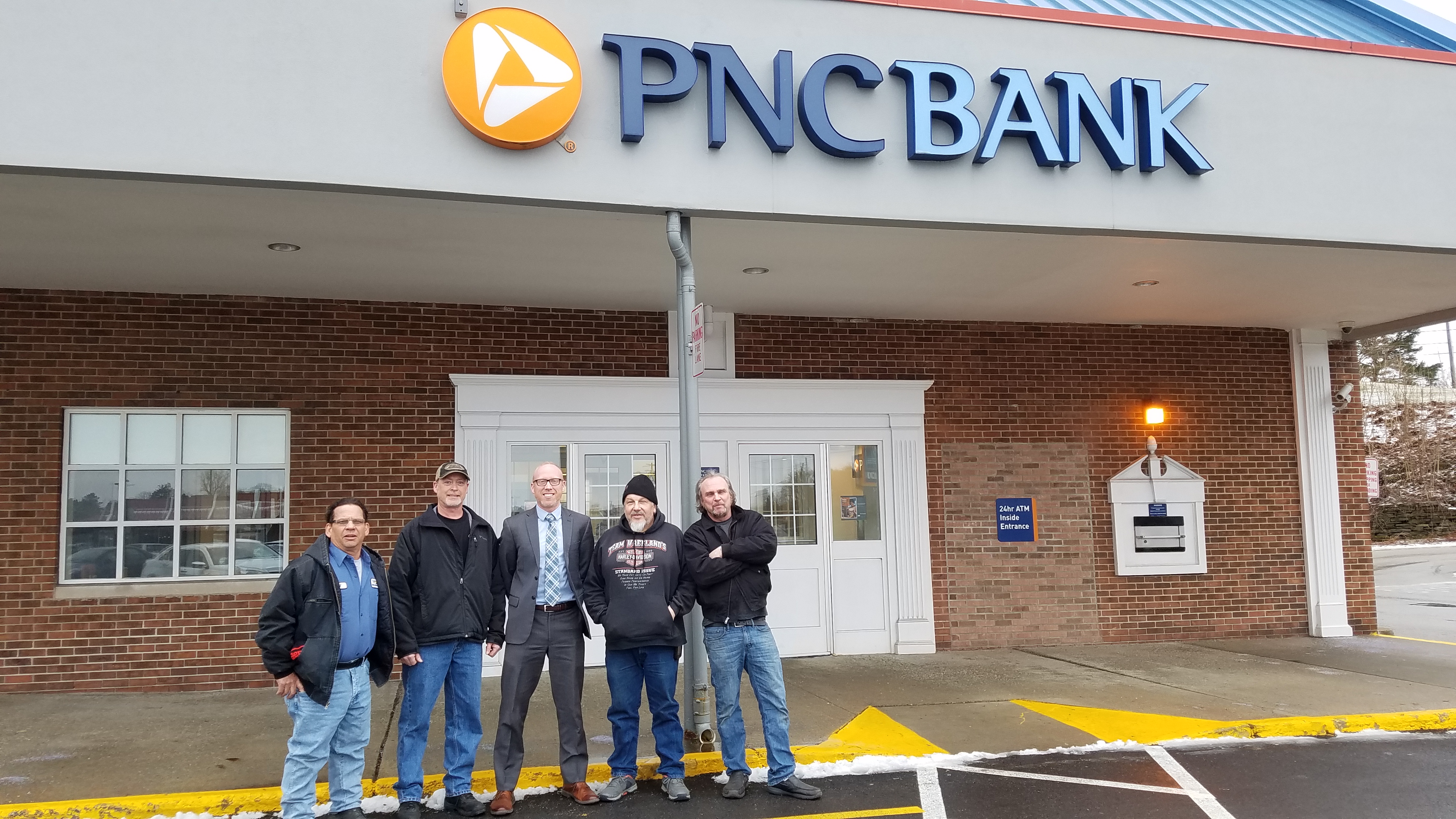 To conclude this introduction to the new AMRA owners Greg offered the following. He said: “This year our goal is to make as few changes as possible and to learn as much as possible from Marty and Jayne. We are encouraged by the level of excitement we are hearing from the AMRA membership about the new ownership and want to work hard to maintain enthusiasm. We are very appreciative for all that Marty and Jayne did for the sport but now they are passing the torch to us.”