The 23rd annual Jim McClure Nitro Nationals made it down to the last couple of Top Fuel Harley-Davidsons in the third and final qualifying round before a heavy storm, followed by persistent drizzles, soaked Steve Earwood’s legendary Rockingham Dragway on October 10-12. The American Motorcycle Racing Association season ended there and champions will be crowned as soon as AMRA’s Marty Vandenheuvel completes a careful calculation of point totals. 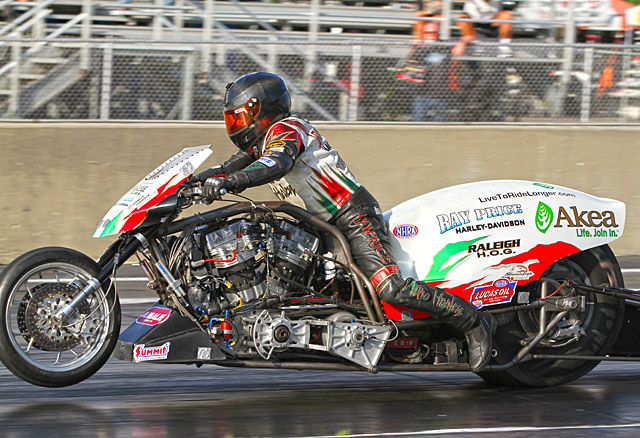 Top Fuel was the class run by the late Jim “Da Judge” McClure—the West Virginian known as the Father of Top Fuel Harley drag racing. His wife Phyllis was at the event. 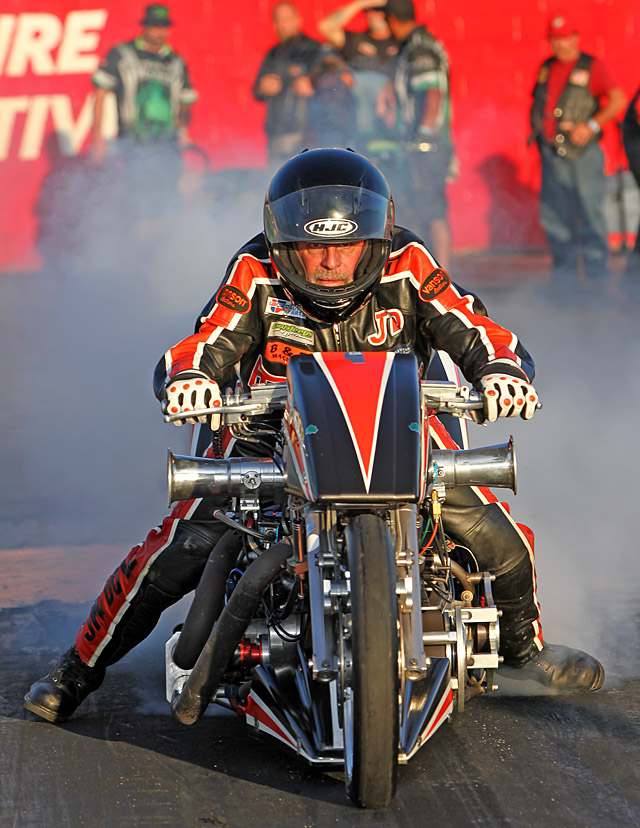 Pro Fuel points leader Rocky Jackson squeaked into the Rockingham field on the bump spot in a pretty tight group. Philly’s Kevin Garrow qualified number one with a 7.37 at 165 mph, followed by Wilkesboro’s Dale Nilles—the first Harley winner in the MIRock Superbike Series when he won 4.60 at Rockingham in August.

Pro Gas points leader Mike Pearce qualified number one in that class with an 8.068 at 159 mph. 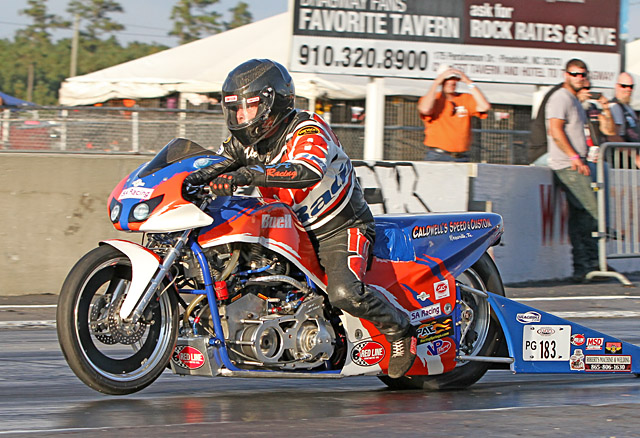 Points leader Morry Straubel qualified number one in Pro Modified with an 8.42 at 154 mph. 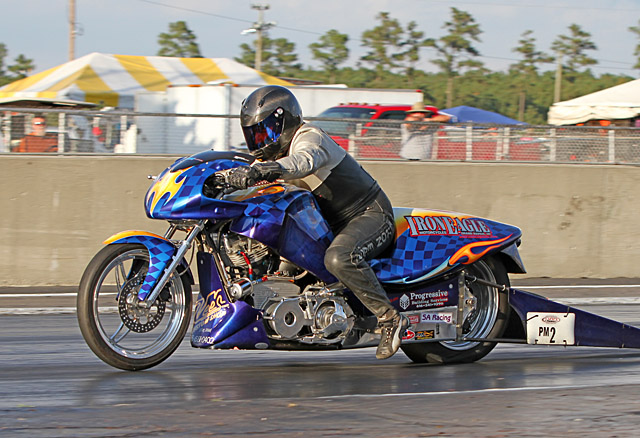 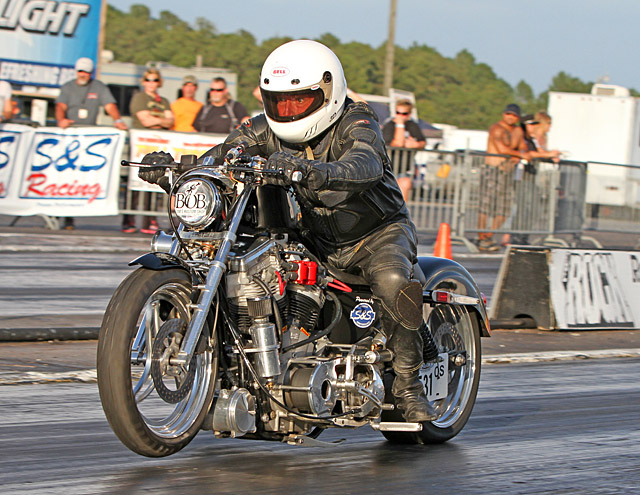 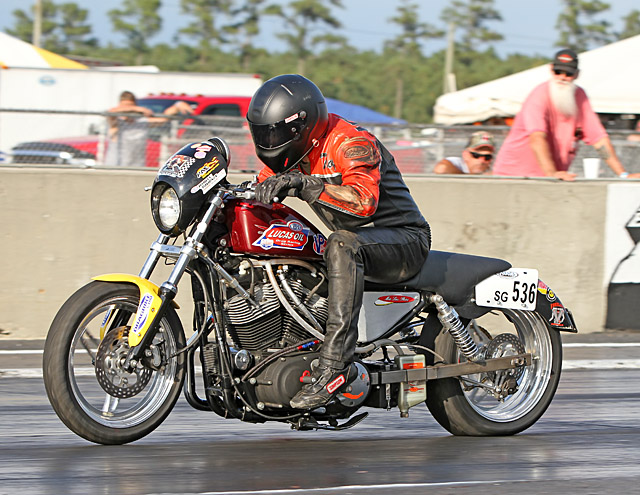 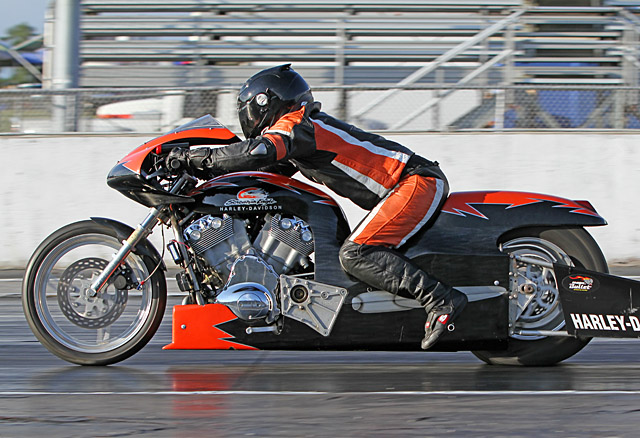 Raleigh’s Greg Best qualified number one in Super Gas, .012 off the 9.90 index. Points leader Dennis Waldron ran the same number but did it second, so that’s where he qualified. Waldron also leads Top Eliminator points. 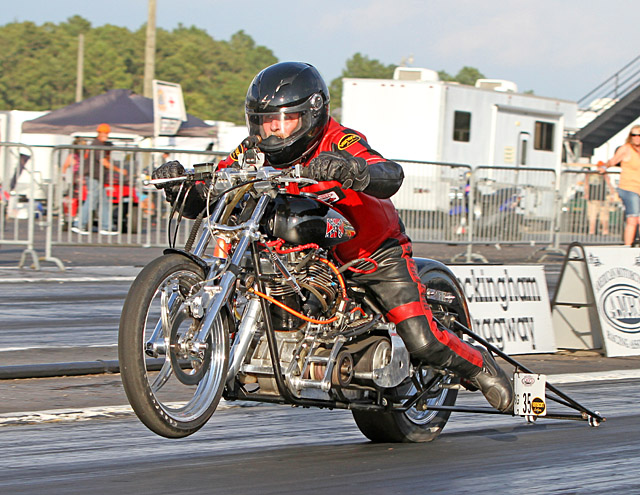 Brad Croneberger, of the Croneberger racing family out of the Keystone State, qualified number one in Super Pro, only .001 off the 10.30 index. Points leader Dave Doremus qualified sixth. 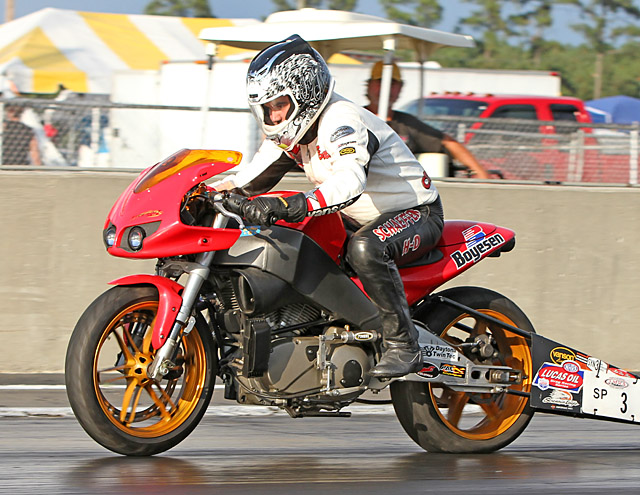 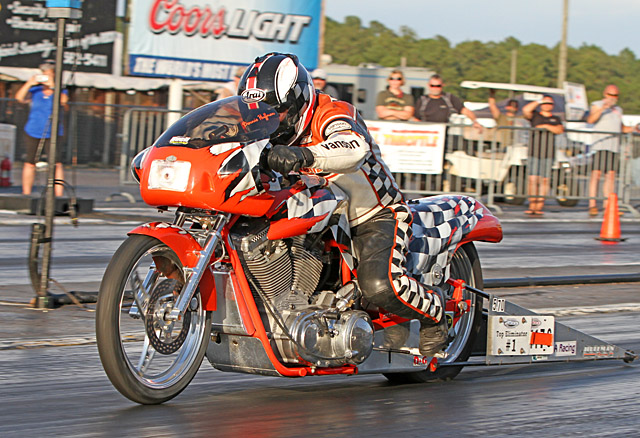 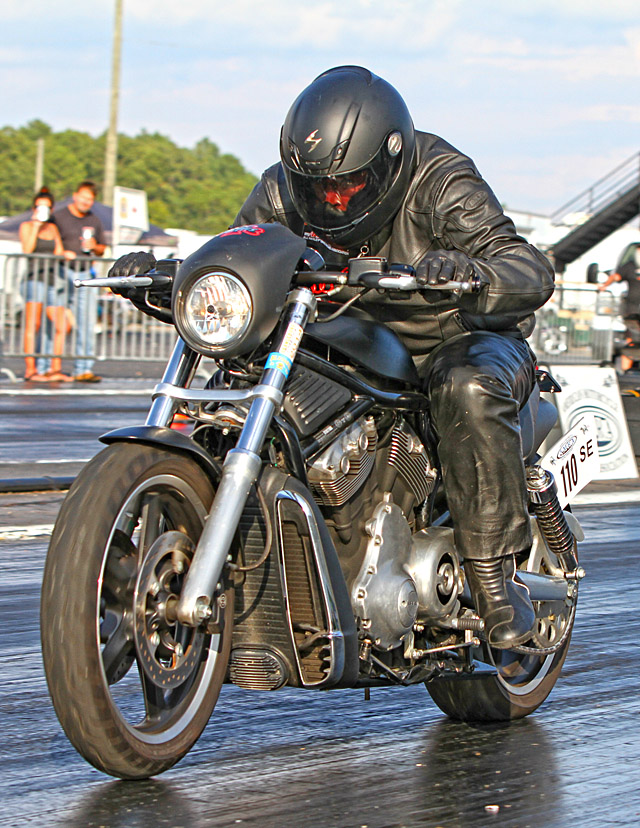 NHRA Pro Stock Motorcycle stars Matt Smith and Michael Ray lapped their Buells in front of the Rockingham crowd, and Star Racing’s Chaz Kennedy toted the wheel on a couple of Dressers. 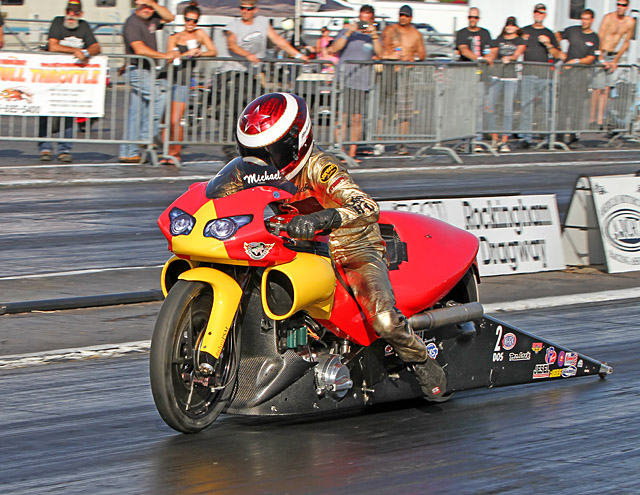 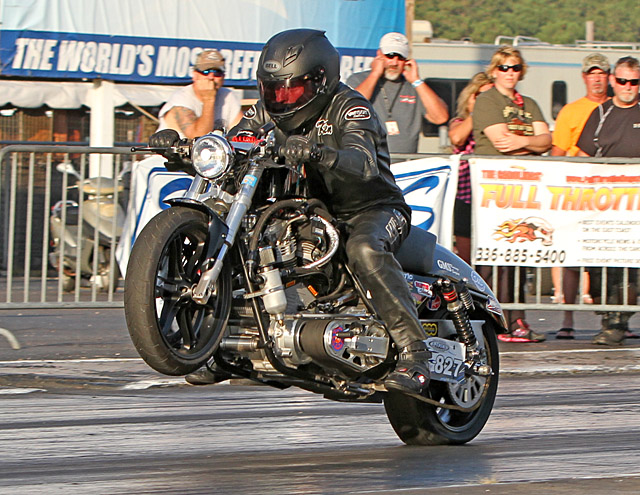 A post-qualifying concert on Saturday went on as planned despite a steady sprinkle.