While Tharpe and Turner will bring the star power, Chris Smith of Murfreesboro, Tennessee, is the man everyone else will be chasing for the AMRA Top Fuel points championship. Chris is currently driving the Top Fuel Harley of John “Red” Rhea, of Powder Tech Services and sits in the AMRA points lead, followed by Jake Stordeur of Ohio. 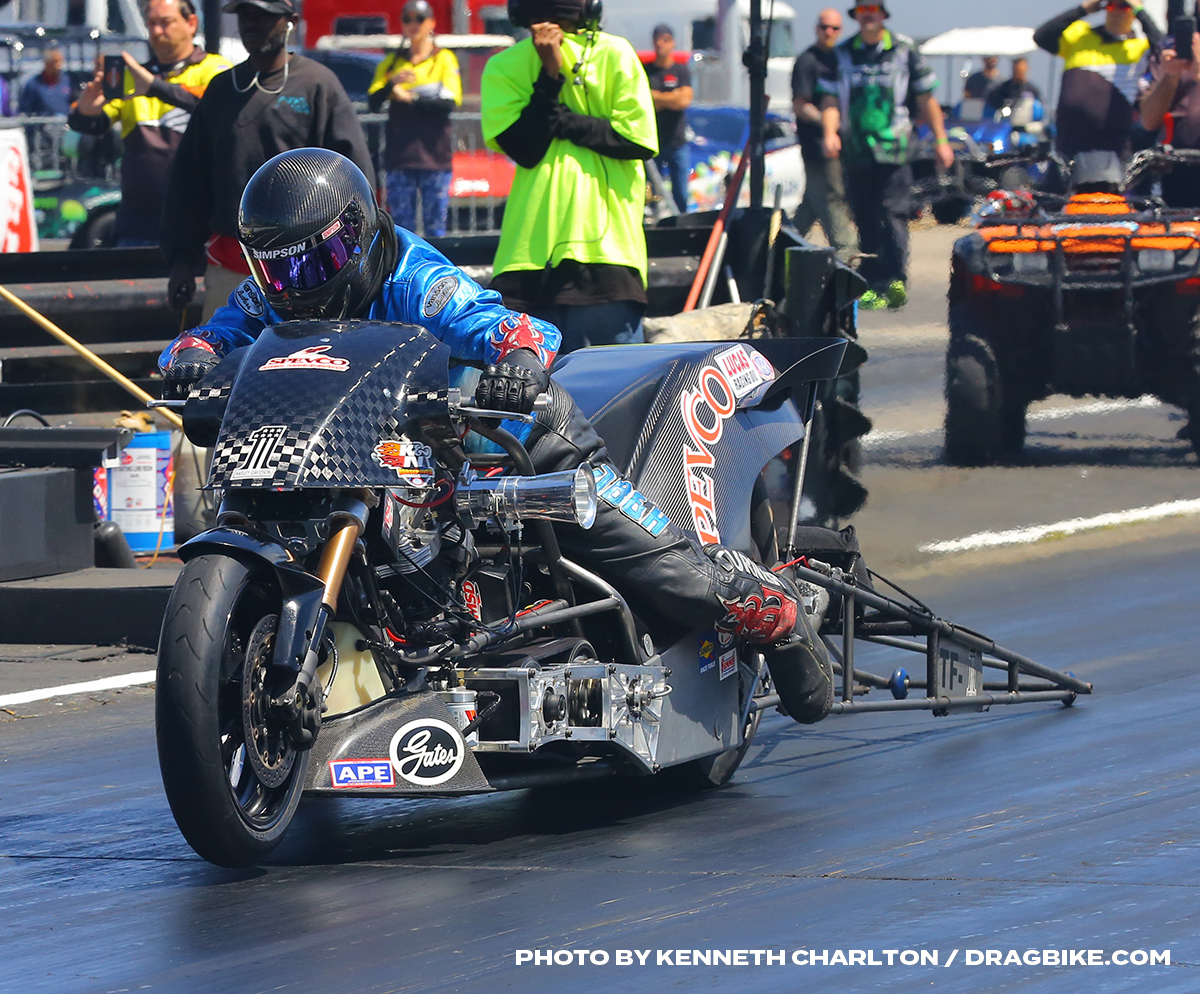 Meanwhile, teammate Tii Tharpe of West End will stick with the bike on which he just won the 2018 NHRA championship with victories in four of the eight events including Gainesville, Fla., Bristol, Tenn., and, significantly, the U.S. Nationals at Indianapolis, Ind.

While Tharpe and Turner will bring the star power, Mike Beland, the native of Massachusetts who now makes his home in the Carolinas, is the man everyone else will be chasing for the AMRA Top Fuel points championship. 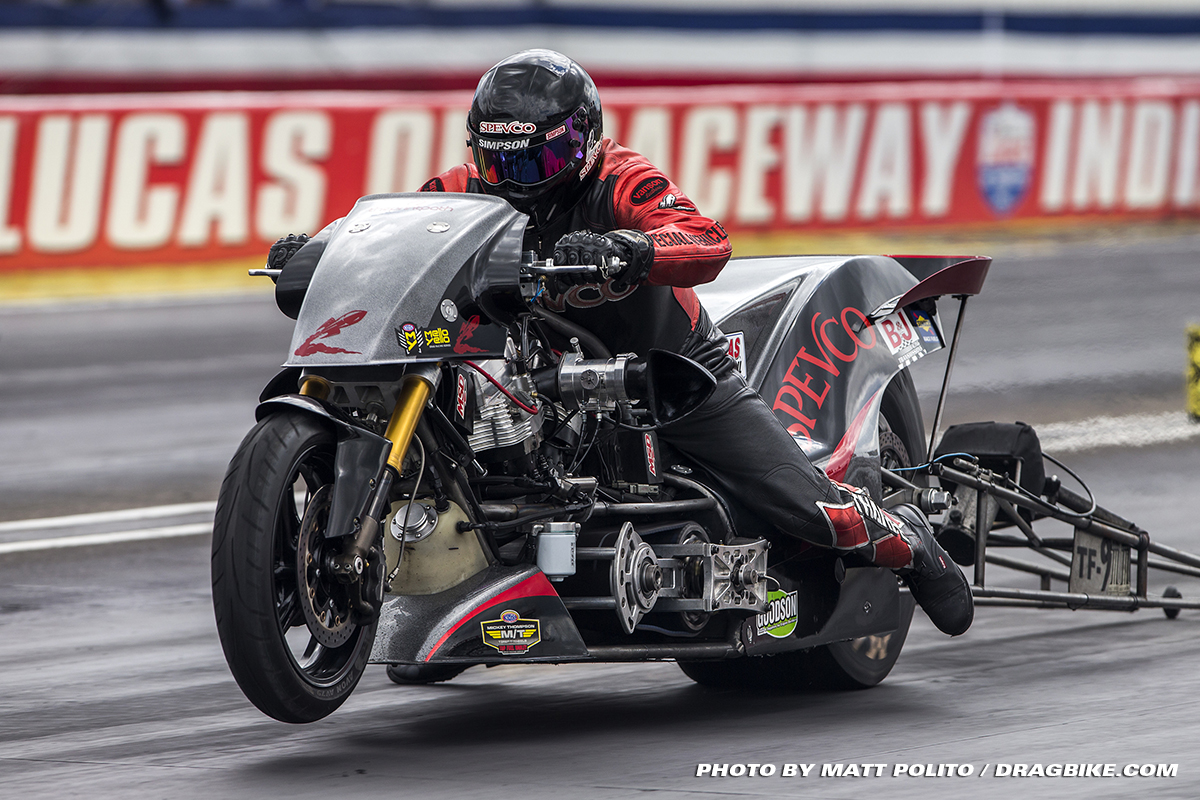 Other Top Fuel Harley teams expected to be at the event include NHRA Top Fuel Harley #2, racer Doug Vancil, Billy Jackson, Jim Doyle and Armon Furr. Who knows what other 1000 HP ground pounders will show up. 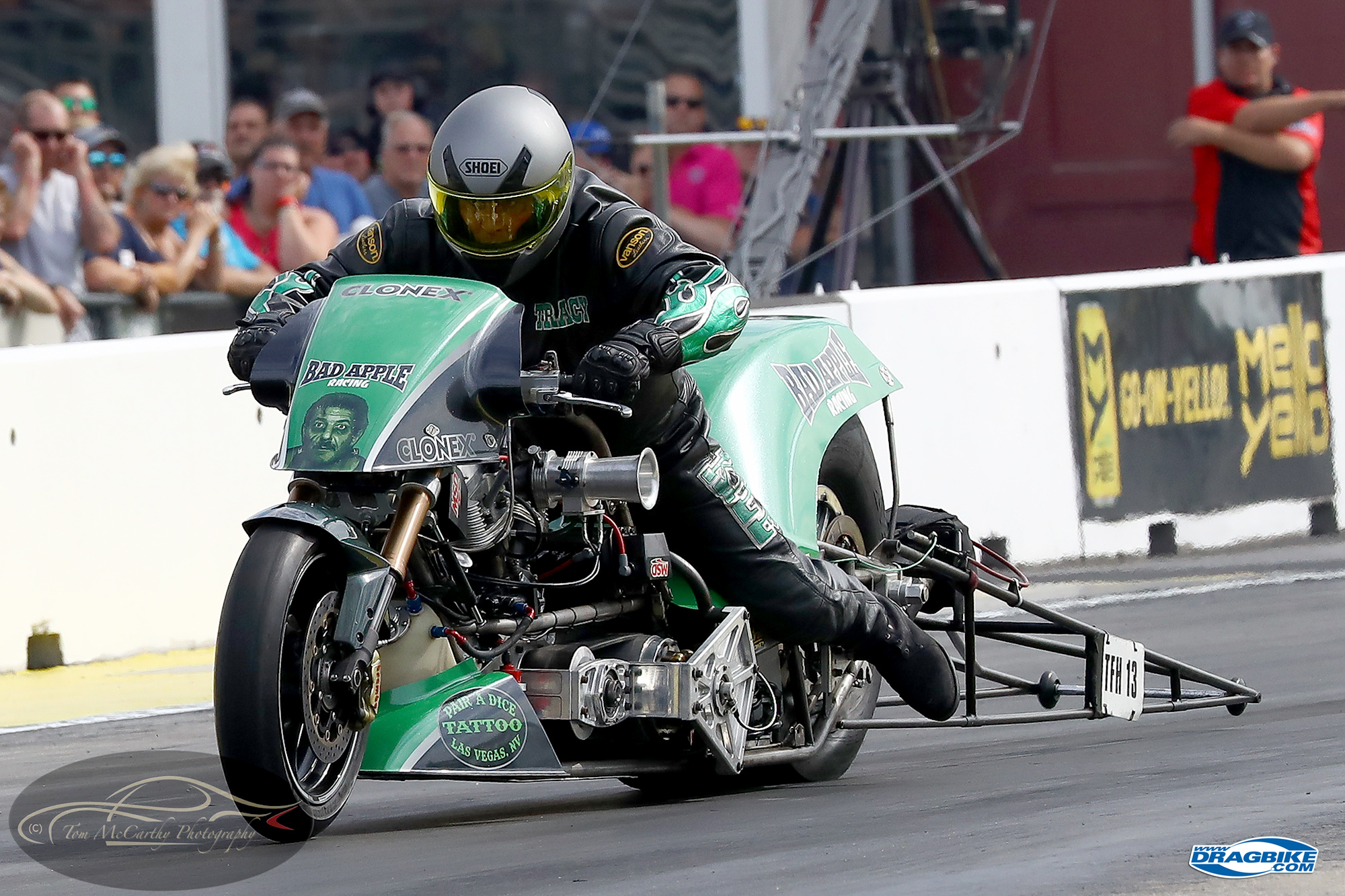 In addition to the race win and the championship, that field of Top Fuel riders also will take aim at the AMRA records for elapsed time and speed, both set by Tommy Grimes of Winston-Salem and both set at The Rock, the ET record in 2013 (6.197 seconds) and the speed record in 2015 (231.60 miles per hour). 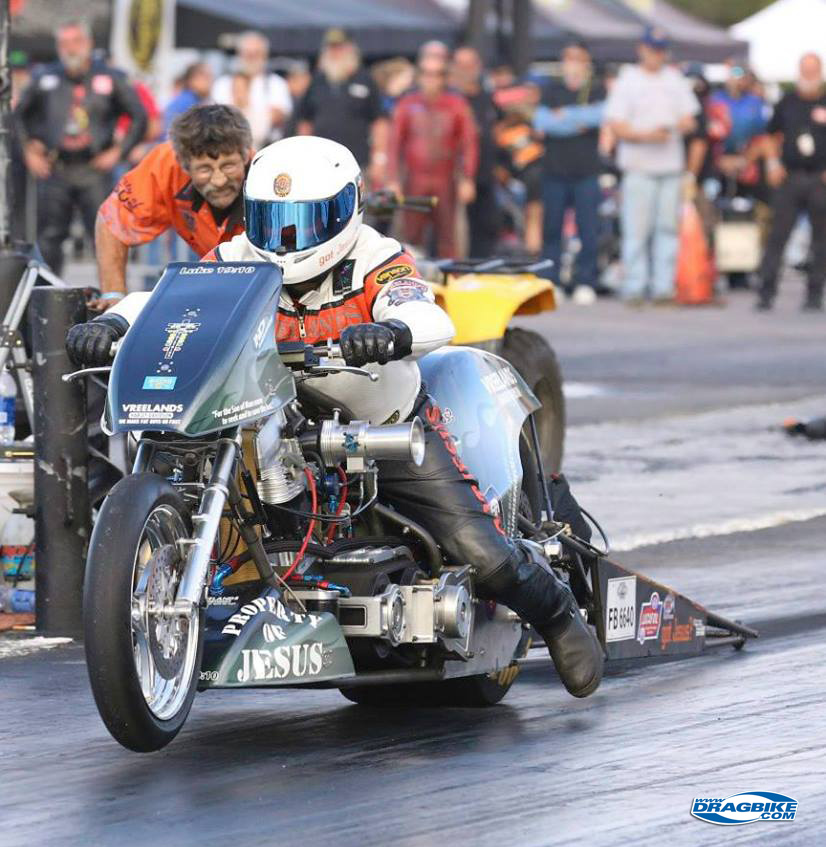 In Nitro Funny Bike, the championship is on the line with Rich Vreeland of PA, holding off the hard charging Dennis Fisher of Dayton Ohio. Ryan Perry is only 5 slim points behind Fisher so it’s a three way fight for first place in Nitro Funny bike. With the “Rock Stone,” Rocky Jackson and Jimmy Doyle from New England invading the mix, it will be a bare-knuckle Nitro Fight to the finish for first place.

In Pro Fuel racing, local favorite Tyler Wilson has a 15 point lead over veteran Gary Stroud of Indiana, and he’s just ahead of another local favorite, Janette Thornley, who has a solid lead on Jim Martin. But watch out for LSR racing, Kirby Apathy and Sam White who will likely invade the mix. Over a dozen Nitromethane bikes are expected to be in attendance at this event! 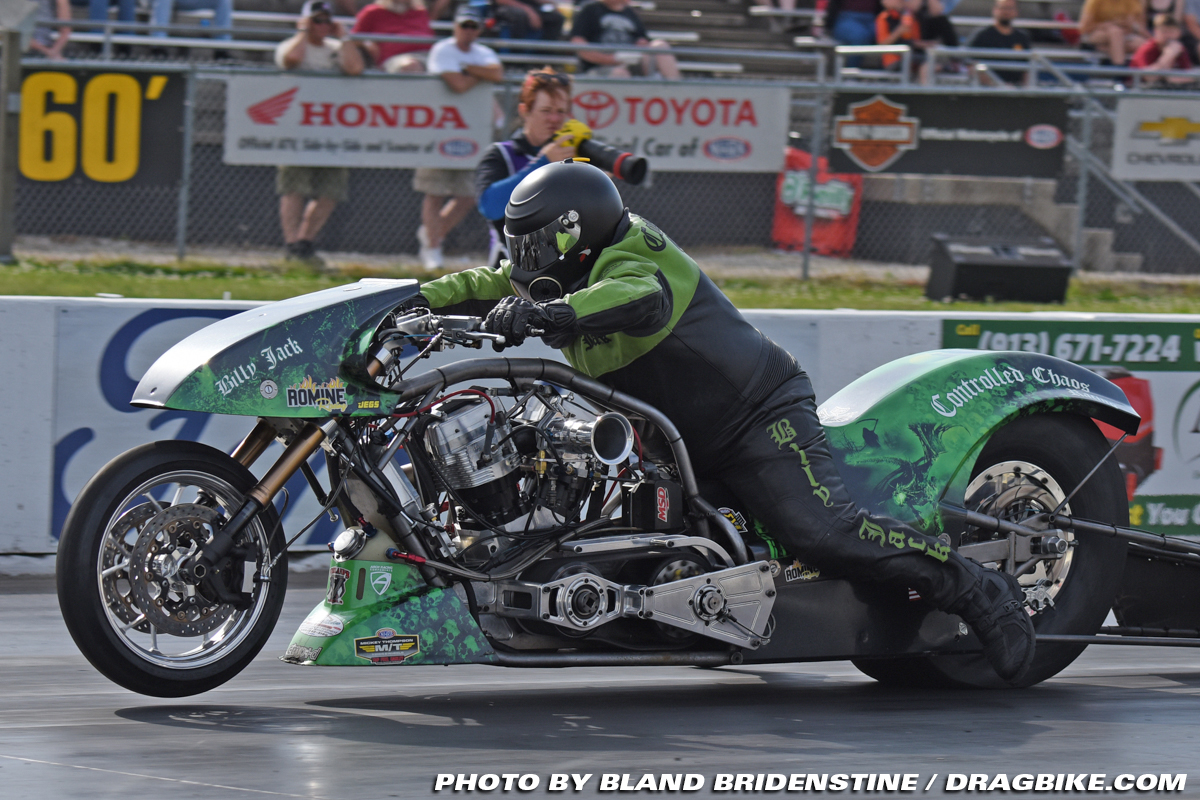 The three-day event also will crown champions in Pro Modified, a category in which NHRA Pro Stock regular “Flyin’ Ryan” Oehler is among the favorites, Pro Gas, Open Gas and a host of sportsman categories including Super Comp, Super Gas, Super Pro and Street.

Adult admission is $20 per day although two, three and four-day passes are available at discount rates. Moreover, tickets purchased in advance atwww.rockinghamdragway.com are $5 off. Children six and under are free when accompanied by a ticketed adult and parking is free in Rockingham’s main lot.