The AMRA doesn’t have a Powder Puff series.  It has strong; competitive women drag racers. These women have developed their skills from years of direct competition against the men.

The Vreeland HD Super Gas is the 9.90 seconds class. The acceleration of these bikes is quicker than 10 of the fastest, most exotic street-legal cars in the world. Cars manufacturers like Bugatti, Hennessey, Porsche, Lamborghini, McLaren, Nissan, Saleen, and running within .25 seconds per quarter mile as fast as the new 757 HP Dodge Challenger Hellcat Demon.

There are three of quickest and most competitive women you have ever met in this Super Gas class. They handle motorcycles with more power than the above-listed cars.

They are Kimberly DeShields and her crew chief: and owner Chuck Newman, Heather Van Fleet with her mechanic; and husband Jim Van Fleet, Jennifer Swope with her bike technician; and husband, Randy Swope. Each one of these women is taking and alternate paths to the winner’s circle. 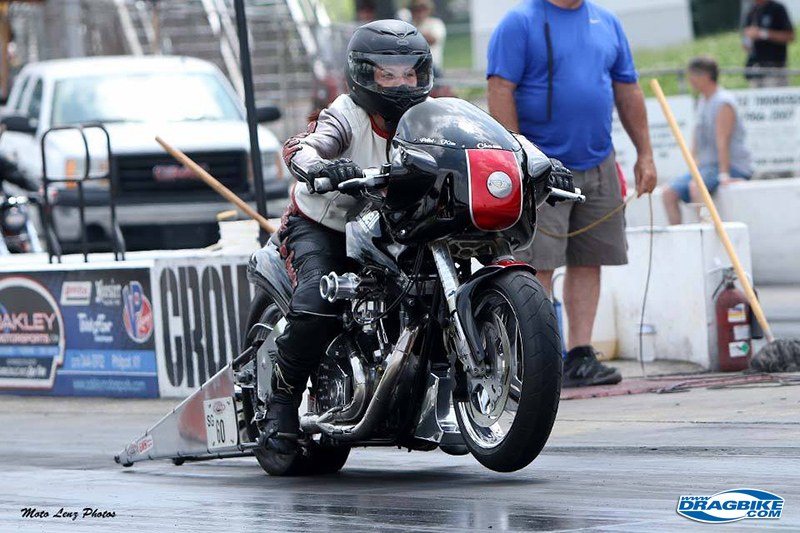 Kimberly DeShields rides a Harley-Davidson Buell on a custom drag racing frame. She has managed to record several .000 lights which some say is cutting the red light too close. Make no mistake; the .000 light is the Holy Grail of drag racing. Kimberly was ranked in first place as of April 11, 2017, within a current class of male riders. A couple of years ago she had become excited about drag racing. After a pair of winning seasons, it has become a passion. 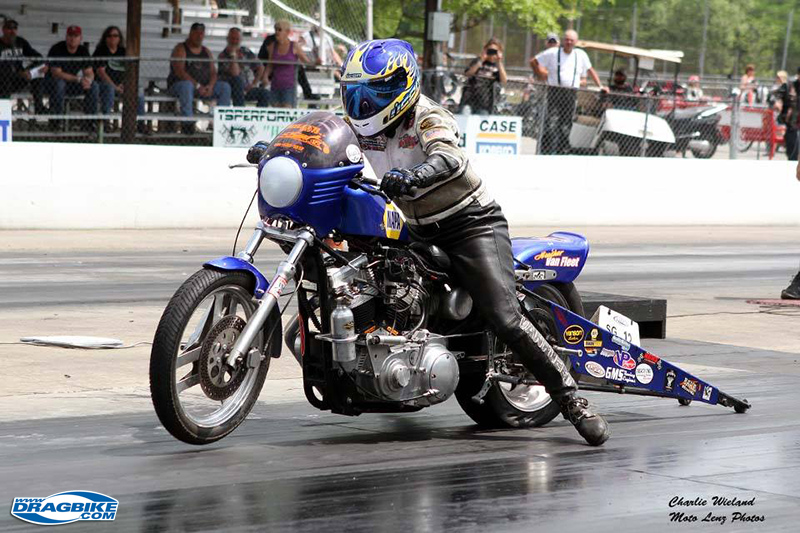 Heather Van Fleet rides a Harley-Davidson Sportster on a stock frame very successfully. Heather has been racing for many years with her husband, Jim.  She loves the competition and all the camaraderie of the AMRA group. Heather has taken out many men on her way the finals. Heather sings the Star Spangled Banner and recites the Pledge of Allegiance at the start of every race.  Heather is currently in second place in the Vreeland’s HD Super Gas class. 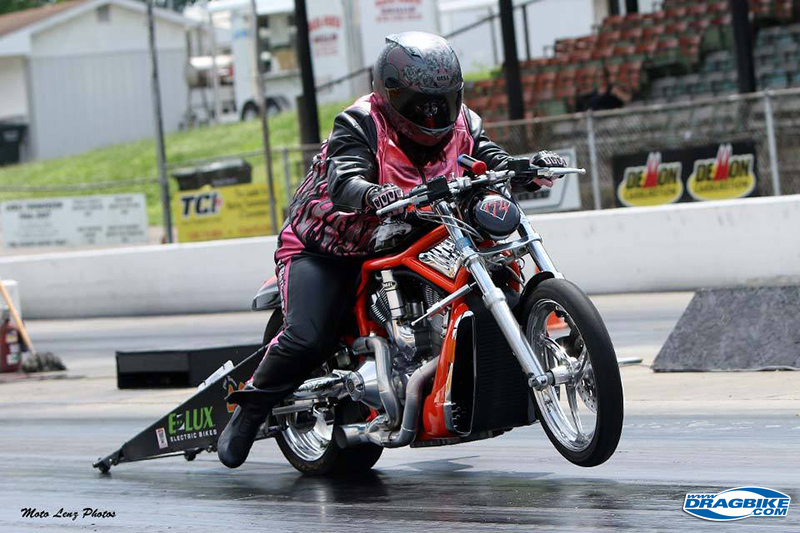 Jennifer Swope is new to the group, but what a passion for the sport she has. One of the class’s very successful racers retired and sold his bikes. Jennifer couldn’t wait to get one of Dennis Waldron’s Harley-Davidson Destroyer motorcycles. The bike is capable of putting Jennifer in the winner’s circle. She just needs some seat time to become familiar with how the bike feels at full power and speed. Jennifer was in seventh place in the standings after April 11, 2017.
Kimberly and Heather have established their careers. Jennifer will, too, with the purchase of Dennis Waldron Destroyer bike. Jennifer should be a person to watch moving up.

These three women compete in a class of expert men drag racers. A few of these male athletes you may have heard of before. Andy Horn, Bill Rowe Jr, Glen Sutton, Steven Matthews, Paul Lowe and Chris Martin. For these three women to attain first, second, and seventh places, in this class of men is impressive. They have done their homework and proved themselves to be real competitive. They are no longer, just a cute girl, they are competitors to fear if you have to face them in a race.