The 50th annual Westernationals came to a brilliant conclusion on Sunday evening at the Perth Motorplex with the winners taking home coveted ANDRA Gold Christmas Trees in recognition of their efforts.

When all was said and done, it was Tony Hinkley in Modified Bike, Trent Anthony in Competition Bike, and Wayne McGuinness in Top Fuel Motorcycle who ultimately hoisted the prestigious trophies for the motorcycle classes.

In Top Fuel Motorcycle, Wayne McGuinness was another to convert his top qualifying result into an event victory with a win over Jay Upton in the final following earlier triumphs over Ricky Wood (semi) and Danny Rickard while Upton had previously beaten Aaron Deery (semi) and Greg Durack to secure his place in the final. 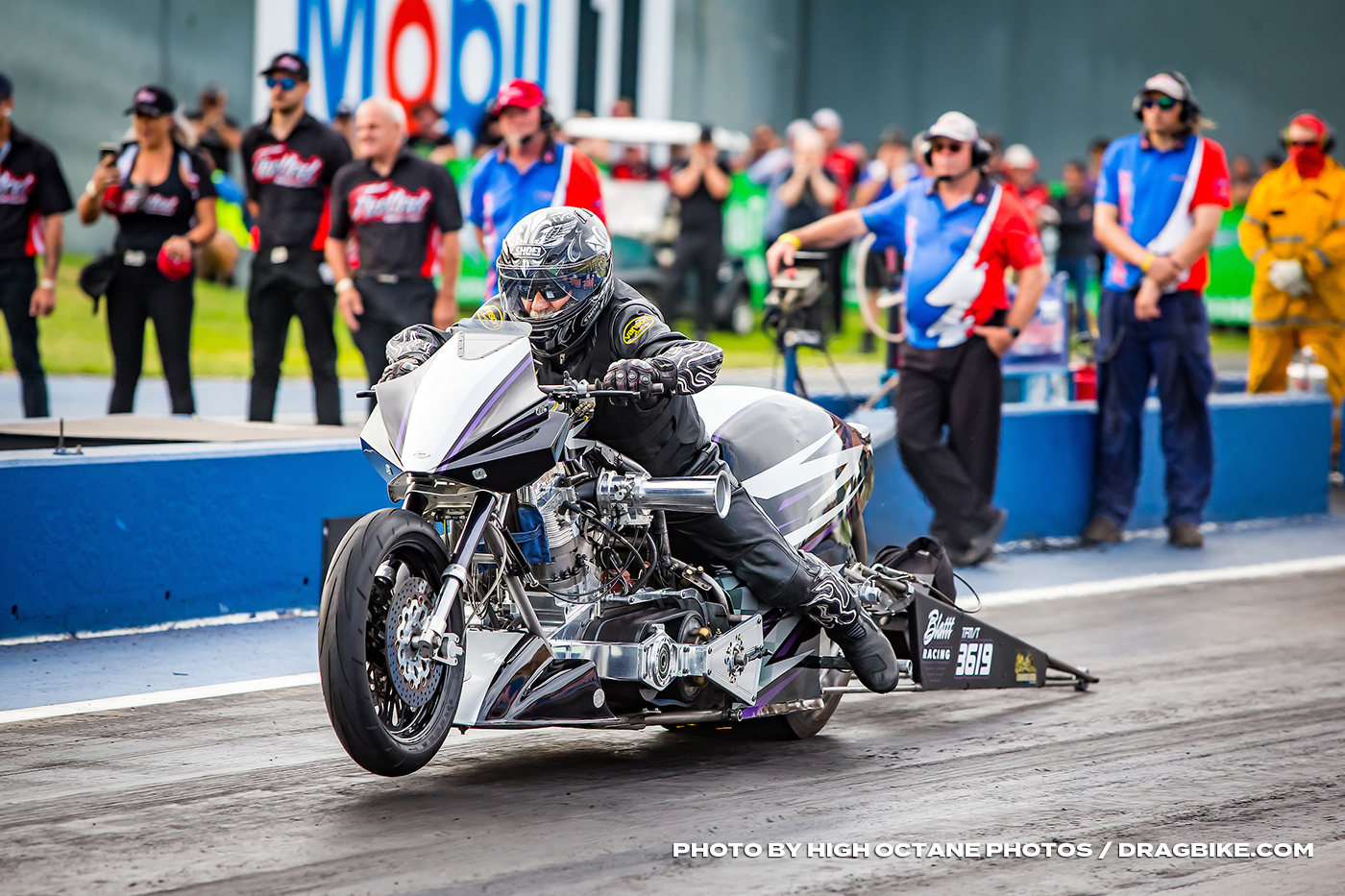 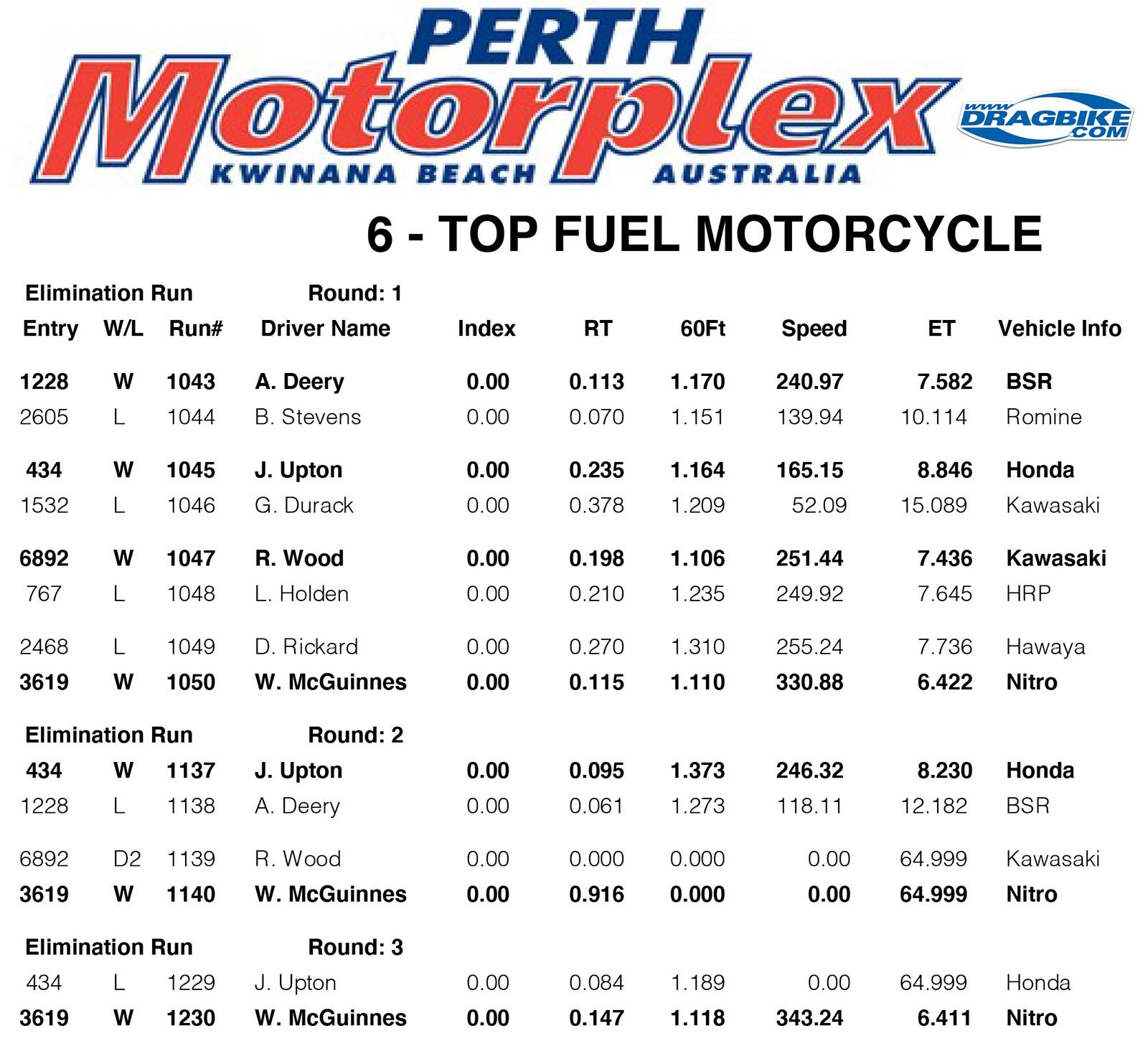 In Top Fuel Motorcycle, Wayne McGuinness says he has plenty more in the tank for tomorrow’s race day. 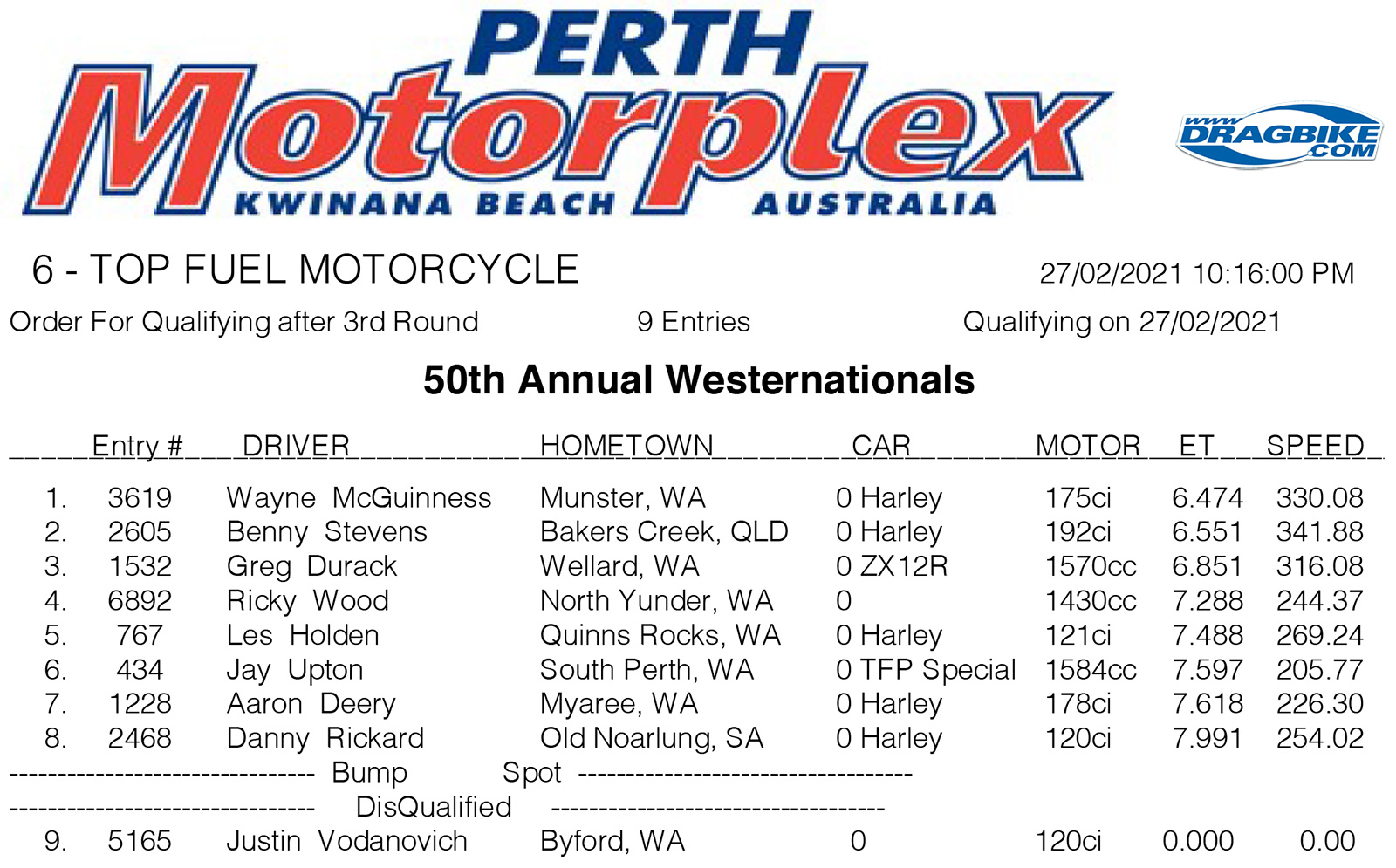 “It has been a busy day for us. We had a few issues at the test and tune with the clutch, but we have sorted all of that out and are now basically re-finding our tune. We have had a couple of bad runs on it lately with clutch issues, so have been sorting out the gremlins,” he explained.

“Today the crew worked effortlessly all day and did an excellent job as usual, the turnarounds were good, and the bike is now settled down and has come back to where it used to be. So, it was a good and non-eventful day, and we have our baseline data and are ready to tweak it up a bit. 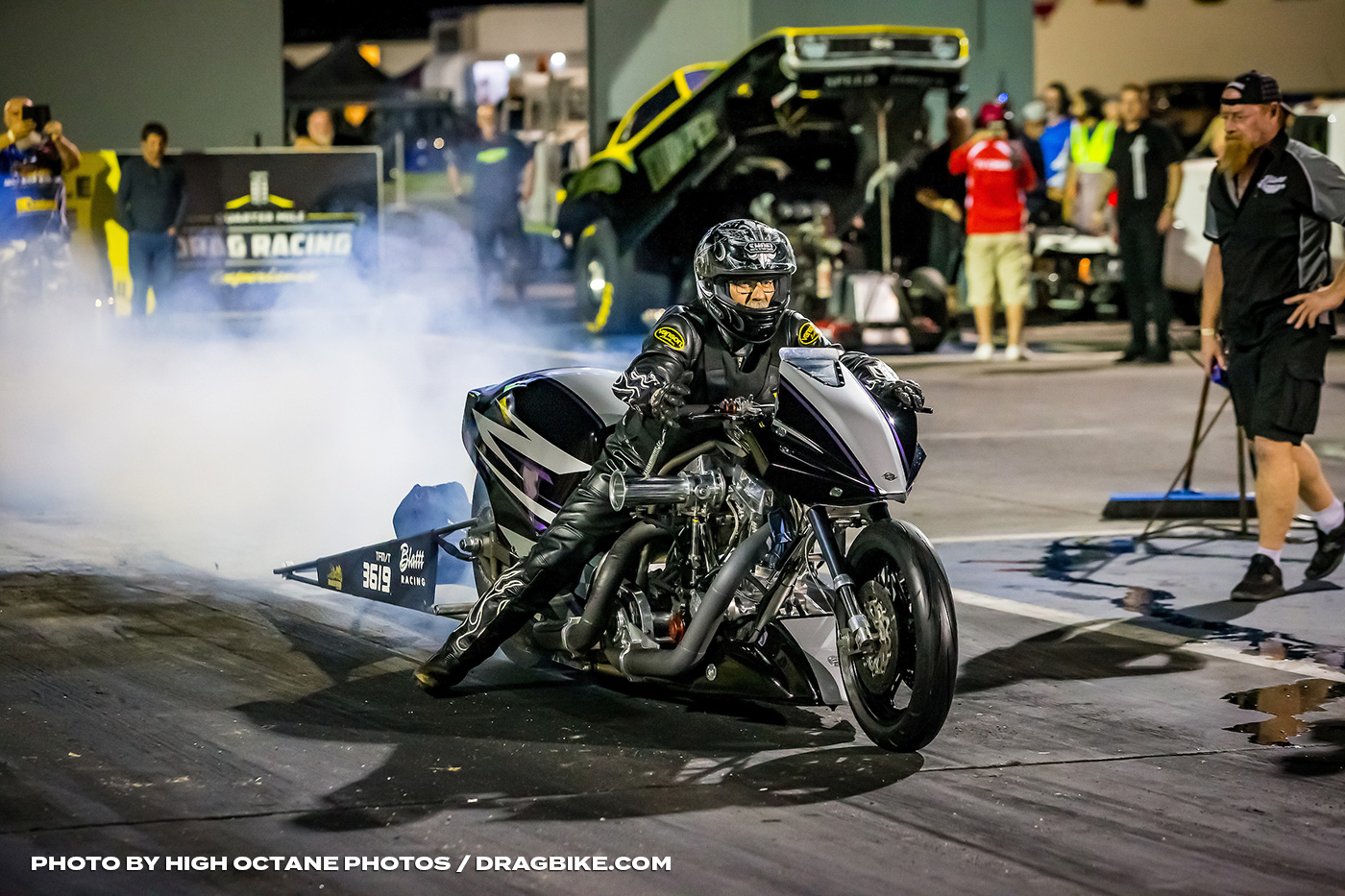 “We were running the lightest tune we ever have today, and we still ran a PB. I was happy with the PB, I just wish we could have turned it up a little more. Tomorrow we will see how the track is and then turn it up some more – there is plenty more in it, I reckon we have another 40 percent we can throw at it.”

The racers in Competition Bike were sure to give the fans plenty to smile about, with top qualifier and winner Trent Anthony and runner-up Ross Smith, in particular, putting on a show with record-breaking performances. Anthony re-set the national ET and mile per hour CC/CB records to 7.135s and 187.94mph on his way to the event victory over runner-up Ross Smith, who re-set the national ET record for B/AB to 8.175s. 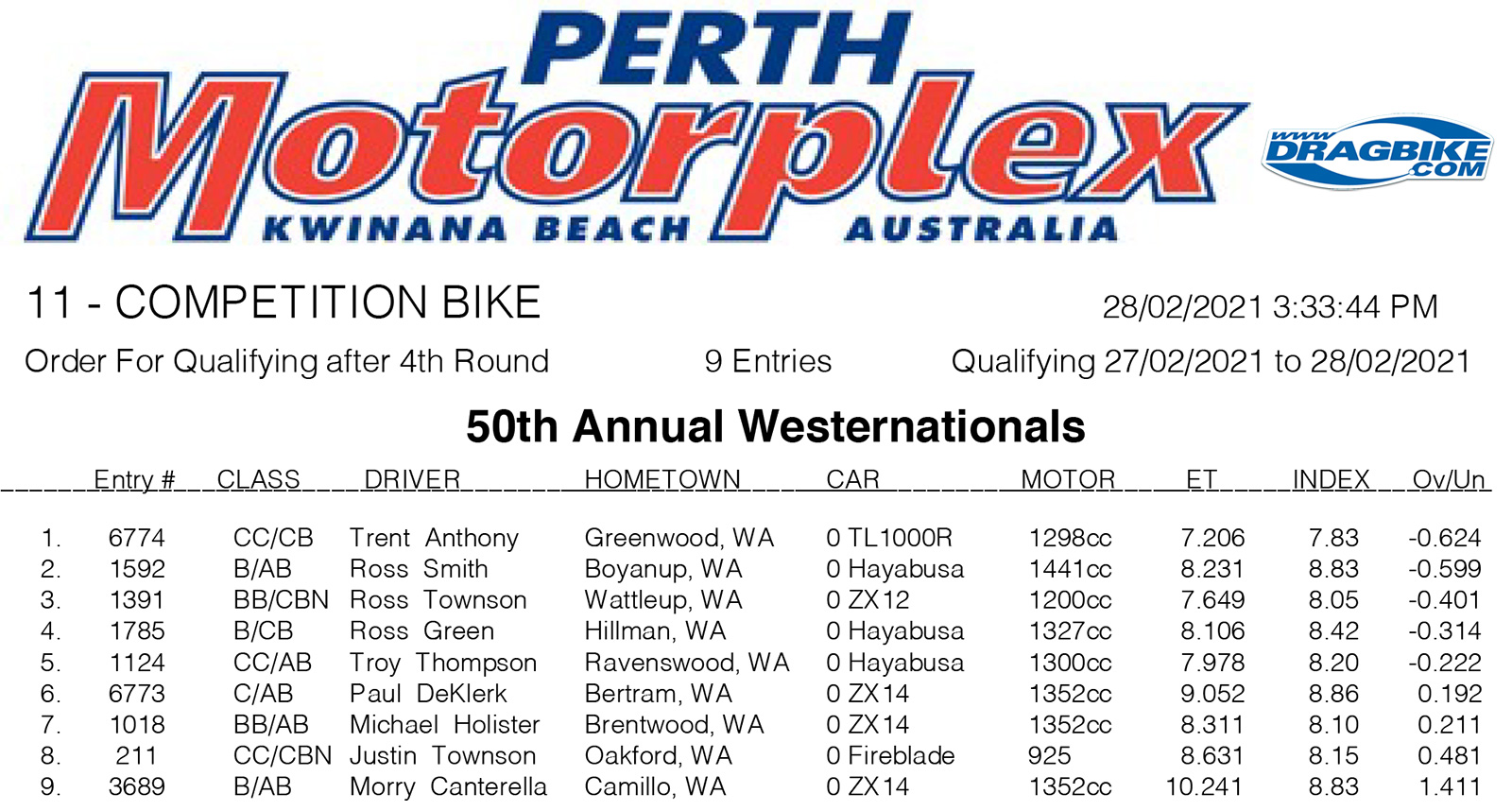 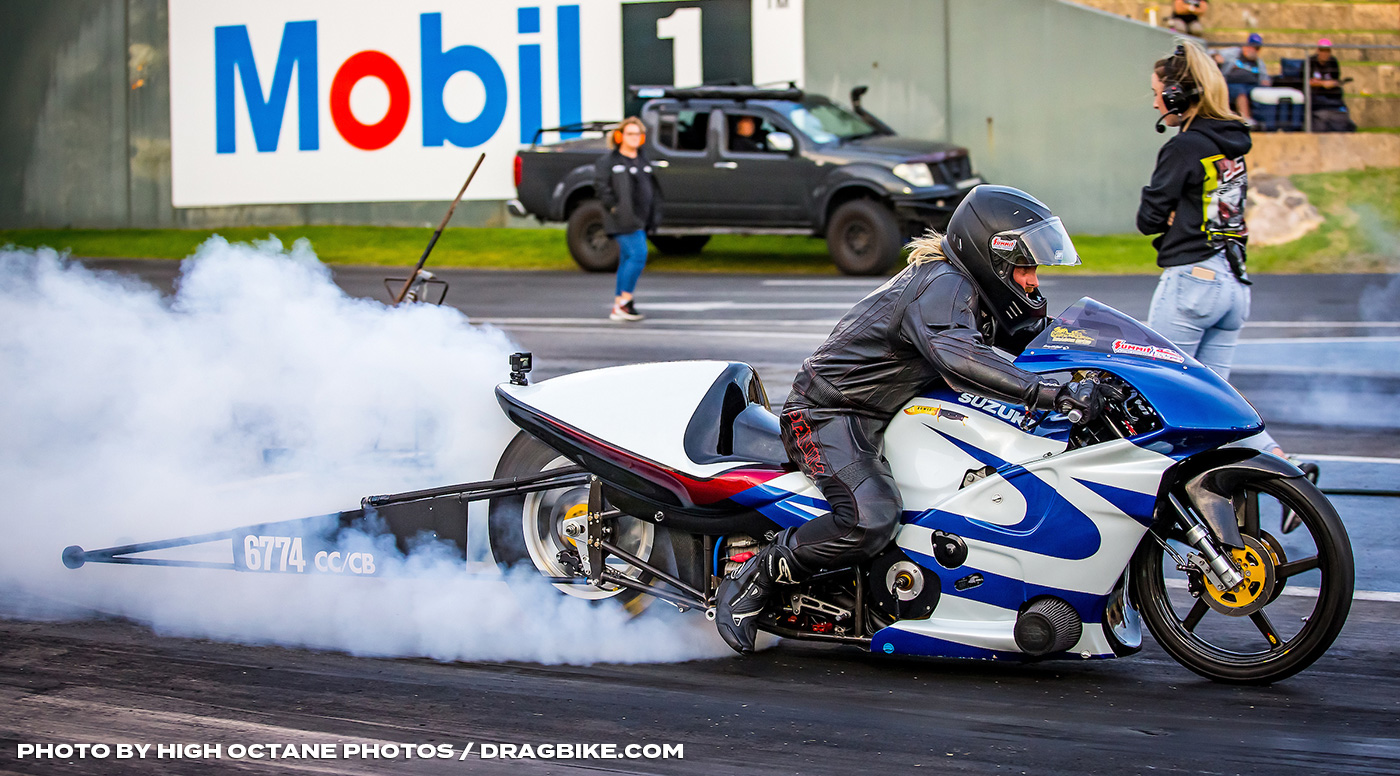 “We are just so rapt with the weekend’s results,” Anthony grinned while thanking sponsors Diamond Landscaping, Cadcut, and Vera Earthworks.

“We have been through so much with this bike leading up to this race. We have had the motor out, we have been going through tires, we even had to put a new tire on it this morning.

“Taking away this win means a lot to us and to the whole team. The boys have done a very good job, it isn’t just me who makes this possible, they have helped me out a lot and I thank them and my family for all of their support.” 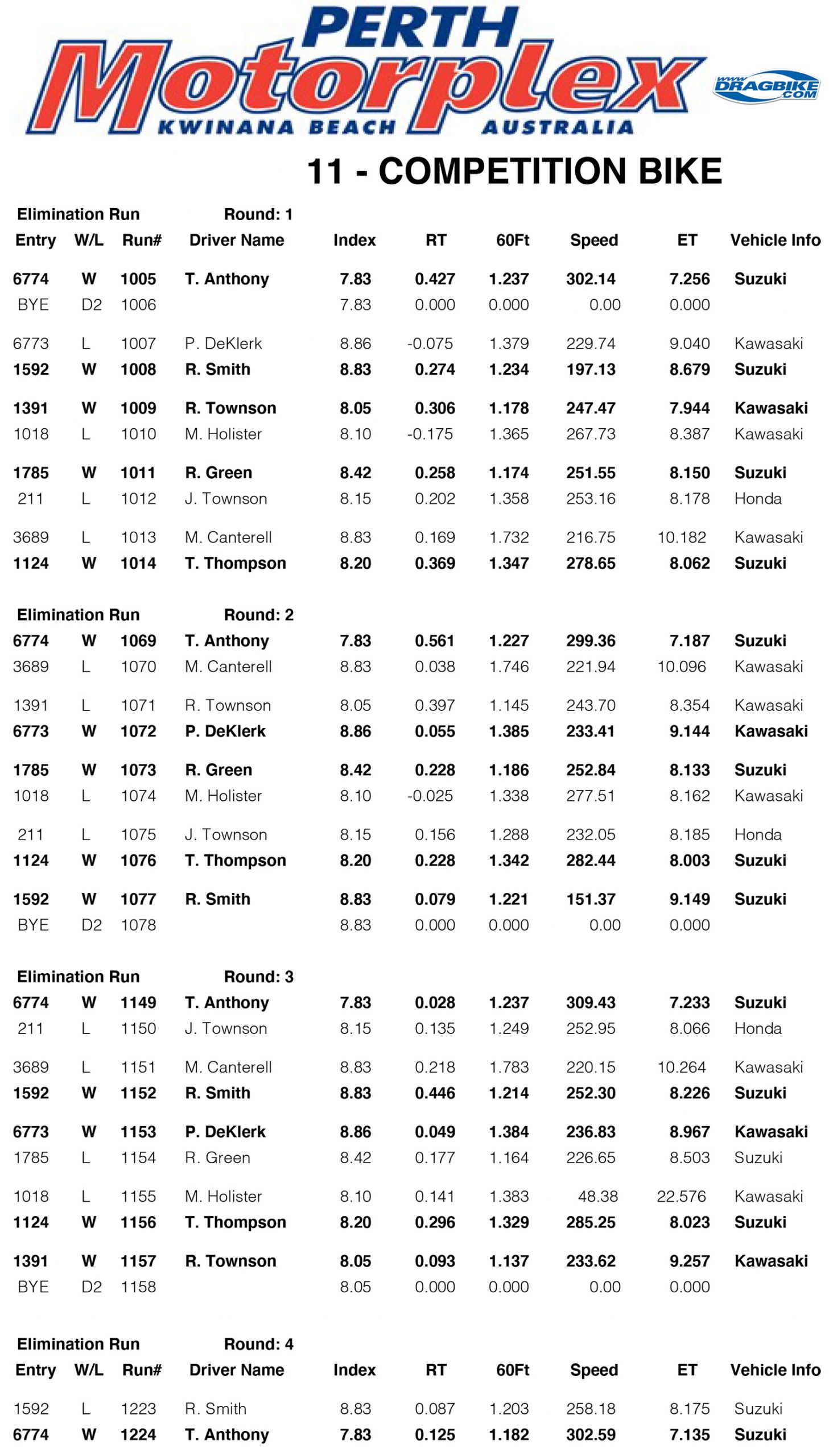 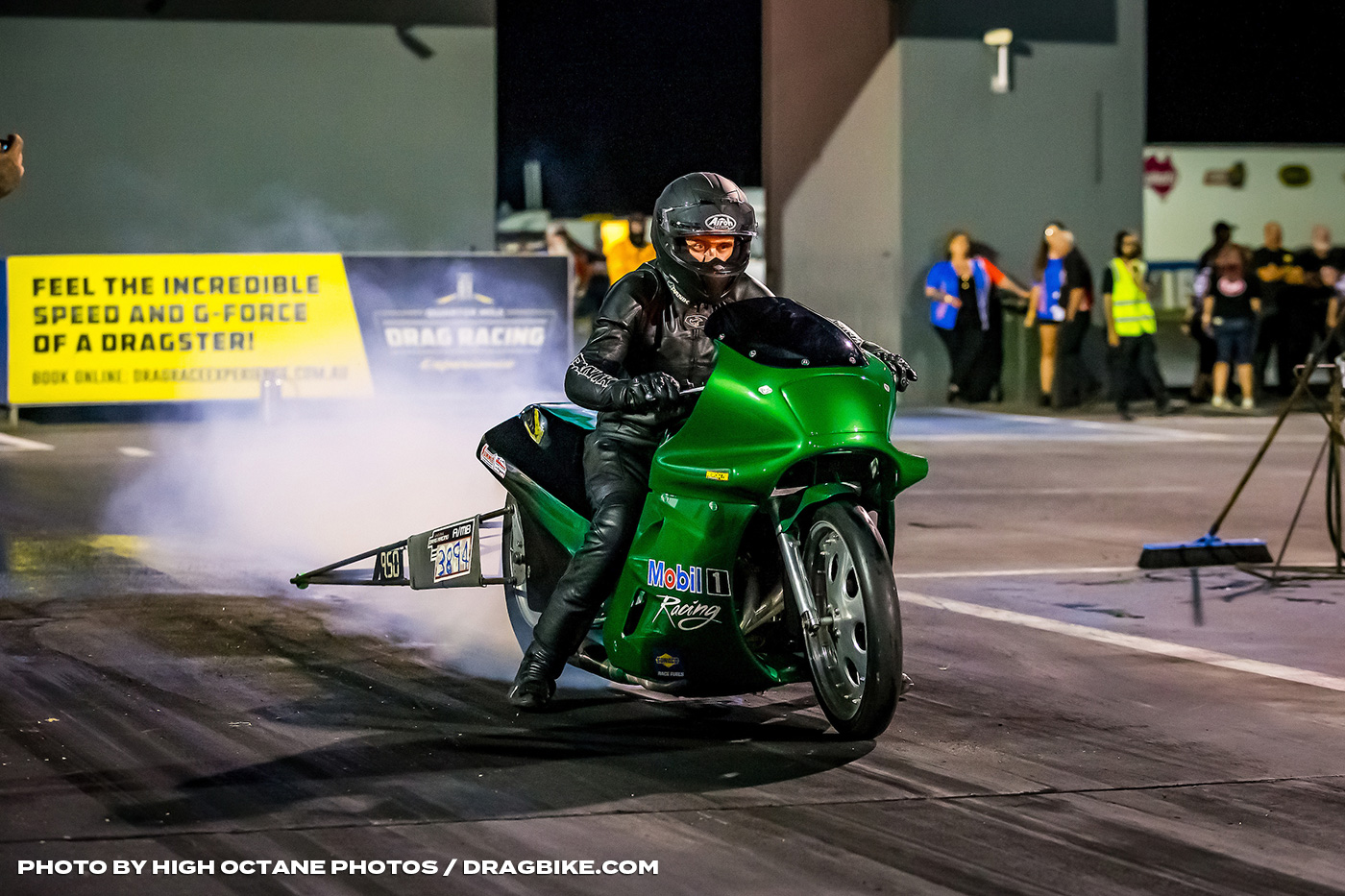 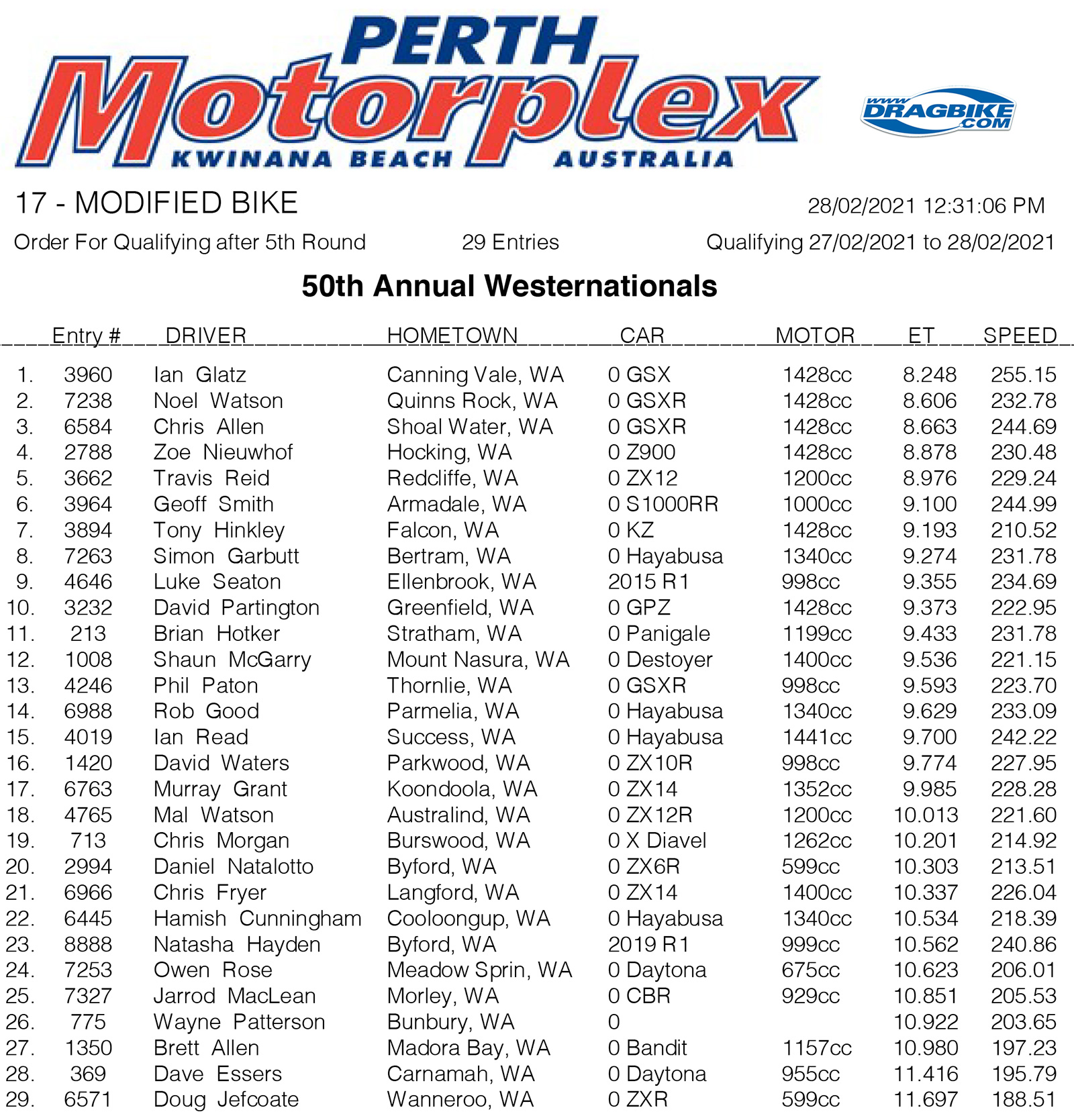 For results in other classes, visit: https://www.andra.com.au/series/results/

The 19/20/21 Summit Racing Equipment Sportsman Series season has been extended in the face of COVID-19 to not only deliver successful completion of the current competition, but also a record prize pool thanks to Summit Racing Equipment. The performance powerhouse has announced it will offer 50 percent extra end-of-season prize money for a total prize pool of more than $100k including $10k for the prestigious John Storm Memorial, creating the biggest prize pool in Australian Drag Racing history.