The Fuchs Winternationals has always produced big numbers and standout performances. This past weekend there was no exception when Blair Pennington claimed a new C/AB elapsed time record with an 8.219, on his Suzuki GSX-R1000 snatching the honor away from two-time Comp Bike champ Ross Smith who had previously set an 8.321 marker. 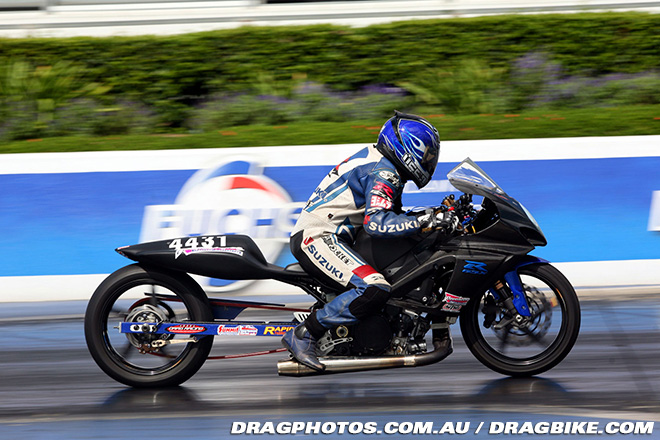 After qualifying for the Winternationals was over, we ended up in the 2nd spot out of 19 starters with a 8.272 pass, which is .548 under the index of 8.82. We were excited that all 3 qualifiers were under the current 8.32 ANDRA national record!

Despite an icy cold morning, elimination day turned into a nice day when the first  round of eliminations came around. In the first round of competition we were up against the young up & comer of Brandon Gosbell on his a A/SB Kawasaki ZX-14R. Leaving with an uncharacteristic .416 light to Brandon’s .040, I had some chasing to do!  I was able to sneak past him at the 1200 ft mark taking the stripe and resetting the ANDRA national ET record for C/AB with an 8.219, along the way! However this did hurt my 2nd round index, moving it down to a 8.52. 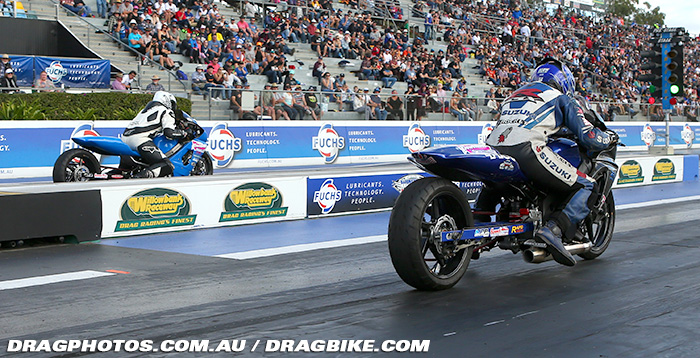 In the second round of eliminations we were up against the NOS huffing Kawasaki  of Rob Cassar. I had the advantage off the tree with a  .040 to his .069 light. Unfortunately past the 60 foot mark I started moving out of the groove loosing grip and spinning the tire in second and third gear. By the time I correctd the bike and moved back into the groove, it was too late, the nitrous Kawasaki came sailing past me running a 7.53 on a 7.7 index to my losing 8.48

Winternationals are over for another year, but am not to disappointed! Setting a new ET record and getting runner-up in the short season’s point chase made it a great weekend. It would have been great to reset the MPH record as well but we will save that for next time! 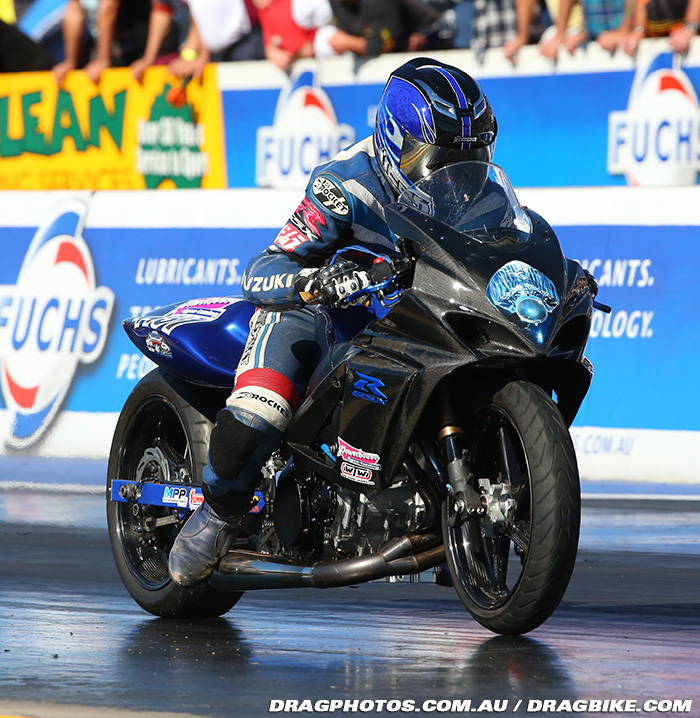 Allan & Aura Marks  at Allan Marks Building Services for all the support!