Branden Lacey may have only started drag racing this year, but already he is in the box seat for his first title as he is leading the Central Queensland Drag Racing Association (CQDRA) Championship with just one round left to run (Benaraby Dragway, November 28).

The 25-year-old followed his father Russell’s steps into the sport earlier this year, starting out in the Club’s Street Fighter class before moving to Modified Bike part-way through the year with a new Kawasaki ZX10.

Two events victories and two runner-up results have followed that transition, with the Rockhampton racer pleasantly surprised to find himself at the top of the Modified Bike leader board ahead of next weekend’s CQDRA season finale.

“I certainly hadn’t planned on challenging for a title this year as it is my very first year drag racing after years and years of watching dad compete, but it has all been going really well so now, I am chasing it!” Lacey said.

“This is only a new bike for me which I switched to mid-season after deciding I wanted to go faster than what the Suzuki GSXR750 I was running in Street Fighter could handle.

“I have been able to ride it very consistently from the get-go which was a bit of a surprise and I am really happy with where things are at.

“I am greatly enjoying the CQDRA Series, and everything they are doing at Benaraby Dragway is just brilliant – they are doing an amazing job and there are big things to come I think!

“I don’t even know how to describe what it would mean to me to take out the title. It would be a massive achievement for me in my first year of drag racing and I think dad would be very proud.”

While he just made the move to Modified Bike, Lacey is already eyeing up the next step in his drag racing career after so many years watching his dad in action. 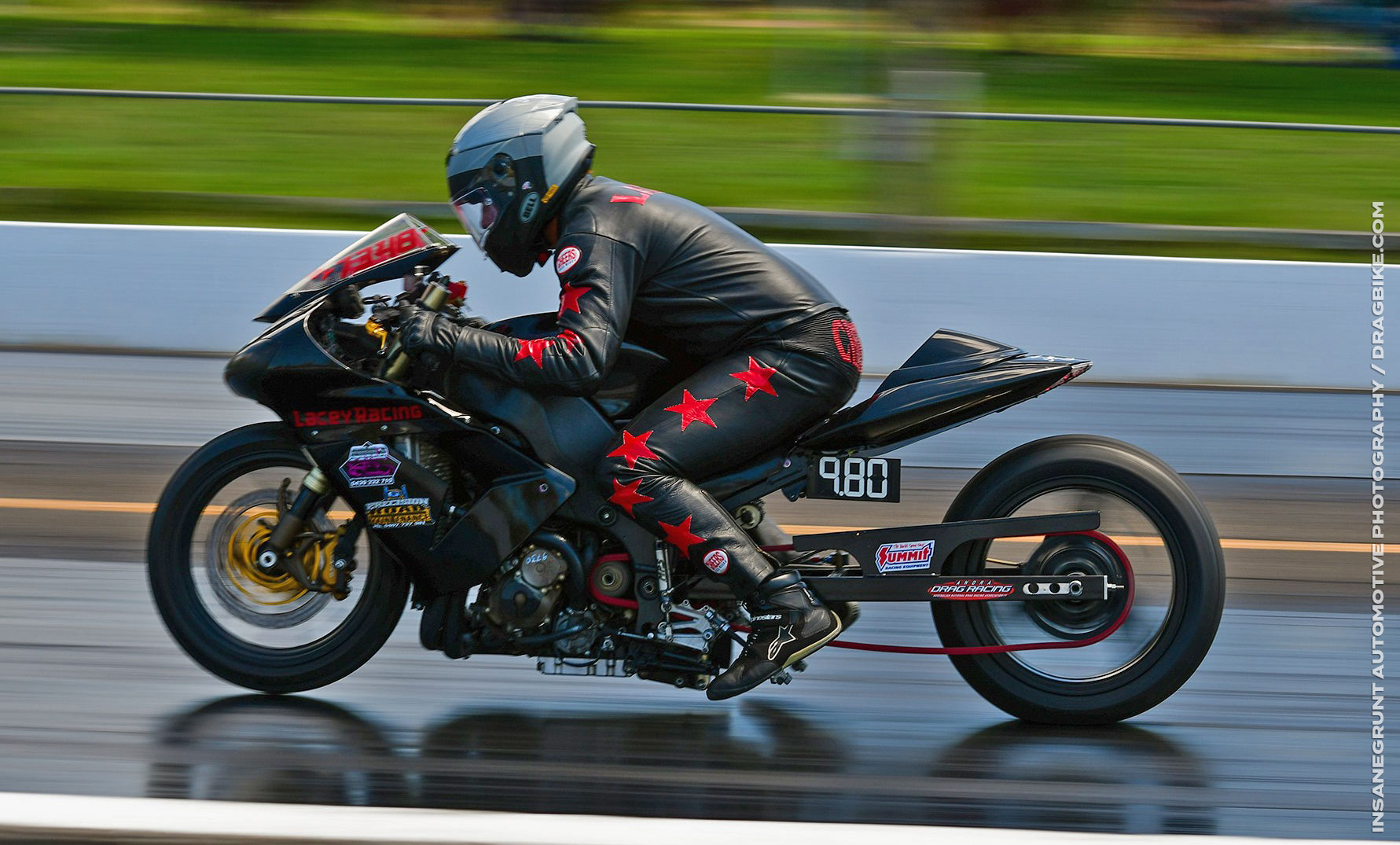 “I am already planning an eventual move to a bigger bike, a Hayabusa,” explained the machine operator.

“I am planning on racing the Kawasaki in Modified Bike again next year, and then we will just see how we go.

“I also have a wedding to pay for at the start of the year, so we will have to work around that,” he laughed.

Lacey’s fiancée Stacy is an enthusiastic supporter of his racing exploits.

“I would be lost without her, she is the leader of the pack and is a huge supporter, as is my step-son, Jaikai,” he said.

“At 12 years old Jaikai is a huge drag racing fan and is very keen to join me on the track. He suffers from Cerebral Palsy so we are working on putting together a custom bike for him so he can run in the Junior Bike class,” Lacey explained.

“I also want to thank all of my family, my dad, my brothers and their partners and kids – my dad Russell especially as he taught my brothers and I all that we know and he has always been there for me.

“I am also appreciative for the support of my sponsors, Affordable Mechanical Queensland and Precision Road Maintenance – for all of their assistance this year.”

The final round of the 2020 CQDRA Championship chase will be held at Benaraby Dragway next Saturday, November 28. For more information, visit www.cqdra.com.au