The 2015/2016 Summit Racing Equipment Sportsman Series is off to a flying start following the 2015 Desert Nationals at Alice Springs Inland Dragway.

While the racers were the stars of the show, the volunteers of the Central Australian Drag Racing Association (CADRA) were gracious hosts delivering a quality event in front of a healthy Red Centre crowd. 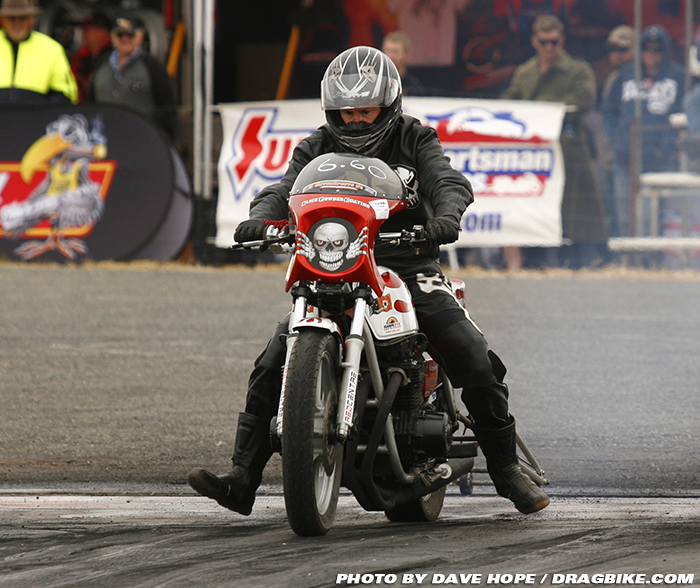 “I don’t know what to say it’s just been an awesome weekend,” said Moore. “I was lucky that Finny broke out because I had drama with my air shifter so I’m very happy. Words can’t describe it.

“Once again CADRA put on an awesome show together with Motorsports NT. Everyone put in, I know how hard everyone has worked here to get it going, everyone seems happy and the track was fantastic.”

Moore eliminated Gordon Crawford and Malcolm Price before a solo effort saw him into the final.

The Summit Racing Equipment Sportsman Series now moves on to Adelaide for Round 2 at the 2015 Springnationals October 17-18. 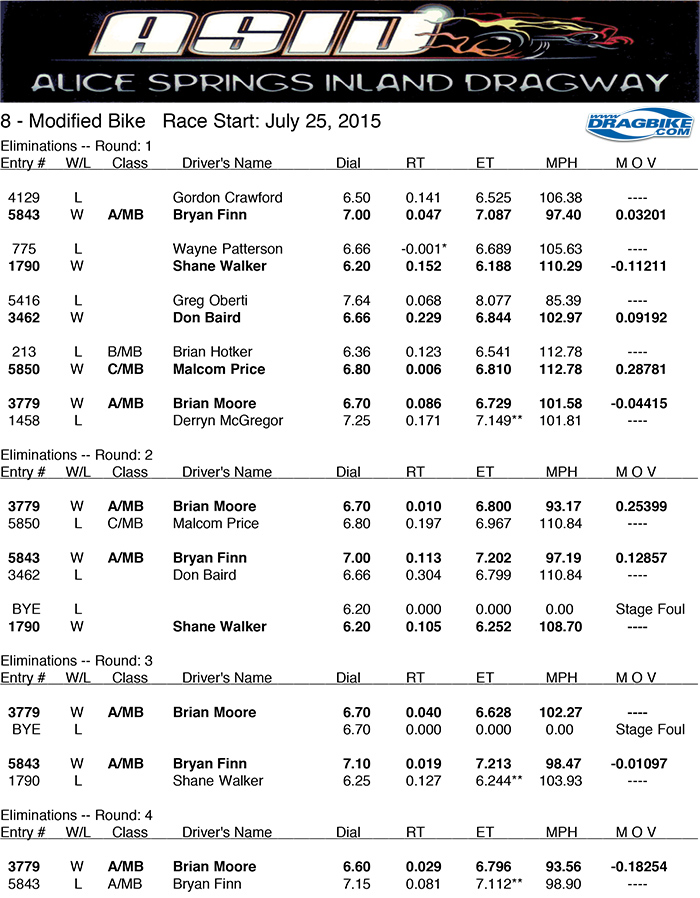 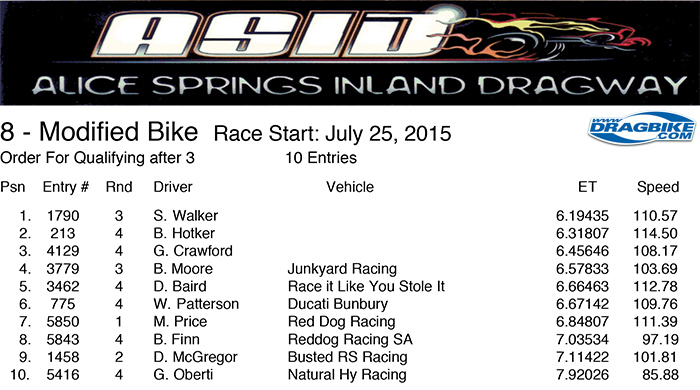