ANDRA : FAST FATHERS BEHIND THE SCENES OF DRAG RACING TEAMS

At just 24 years of age Lachlan Ireland is in prime position to take his first drag racing championship, an achievement many of his older rivals have been seeking for years.

The rider of the Lucas Oils Pro Stock Motorcycle leads by a slender 16 points from reigning champion Maurice Allen and needs to make sure he stays one step ahead of his rival, who has over two decades of experience riding the 300kph machines.

One thing the two have in common, besides their Victorian home bases, is fathers who led them into the sport and continue to provide critical behind-the-scenes help in bringing their sons to the forefront of the sport.

For Lachlan it is Johnny Ireland, who he works alongside each day in his motorcycle workshop, that took him to the drag strip and gave him the love for the sport. 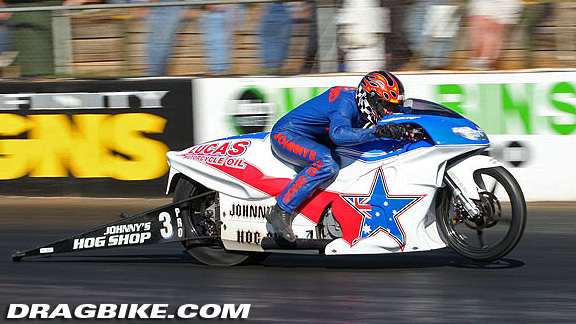 Lachlan said it was an intense relationship but it allowed them to be able to focus their energies on the team when needed.

“It has its good times and it has its bad times, we can get on the same page but our views do vary and that can cause friction, we can get a bit grumpy,” he said. “But being able to focus on riding, not having to think about this and that, is letting me get more consistent.

“You need to make sure you have a clear head before you get to the tree (startling lights) so you’re only thinking about watching those lights come on.”

Allen’s father Peter has raced everything from Top Fuel dragsters to nitro-fuelled Top Bikes. In fact the pair once completed a clean sweep of the 1991 Nationals when Maurice won in Pro Stock Motorcycle and Peter took victory in Top Bike.

Now it is Peter’s mechanical skills which have proved invaluable for Maurice.

“My father and I teamed up together, he took care of all the maintenance and I just had to worry about the riding duties,” he said. “Dad’s knowledge and expertise in building engines has shown through.

“I said to Dad ‘let’s do this together’ and we had a great first season and a lot of fun.”

The role of fathers in professional drag racing teams is echoed across other categories too including Andrew Cowin and dad Graeme in Top Fuel, Ben Bray and his legendary father Victor in Top Doorslammer and Rob Tucker watching over Shane and Kirsten in Pro Stock.

The championships for every category will reach their climax at the Fuchs Winternationals in just two weeks at Queensland’s Willowbank Raceway.

Ireland picked the right stage of the season to hit a sweet spot with wins in the last two rounds of the championship in Sydney and Adelaide.

“Now I’m in the lead I need to try and hold on to it, my key thing is to stay one round ahead of Maurice,” he said. “We’ve run some good speeds at Willowbank but haven’t got the times we have been after there but the bike has been developed a lot more since the last time we were there and we are hoping to be able to run 7.3 second times and be consistent.

“The motor has been fully rebuilt with a new crank, valves and pistons so we are ready to rock and roll, we know the performance is there.”

The Fuchs Winternationals takes place on June 8-11 at Willowbank Raceway near Ipswich, Queensland. The full ANDRA drag racing experience will be on show including all pro categories and the best sportsman racers in the nation taking part in the Rocket Allstars Racing Series.

Click here for more information about the Fuchs Winternationals. 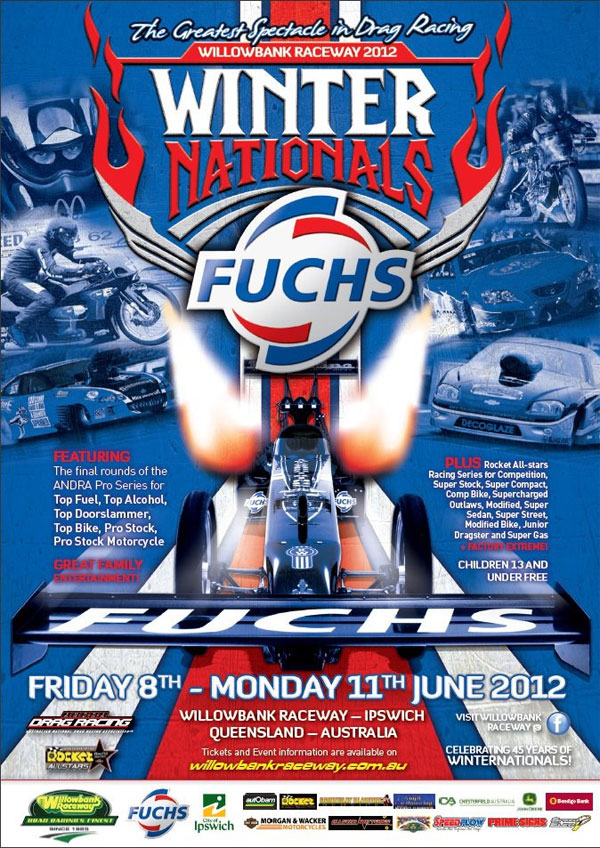