The action came thick and fast at South Coast Raceway for Round 7 of the Summit Racing Equipment Sportsman Series.

Several first-time winners climbed to the top of the podium while an older legendary face of ANDRA Drag Racing won his first National event in 18 years.

Gordon Crawford proved that good things come to those who wait with his first ANDRA Christmas Tree in his 10-year career at the age of 65 in Modified Bike. 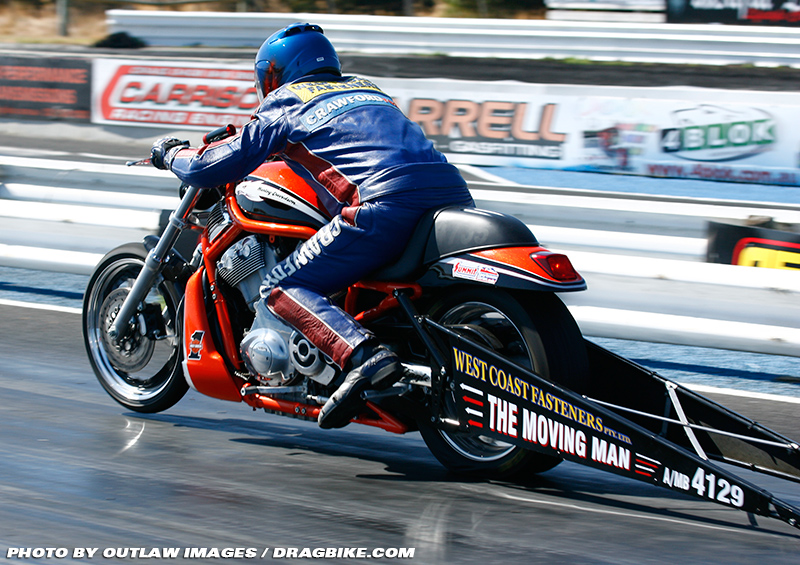 “It’s been 10 years and the first time I’ve won (any event) outside of WA,” said Crawford.

“Always the bridesmaid and never the bride, it’s a nice feeling and congratulations to Gavin on that run too.

“We really enjoyed it here in Portland, it’s been absolutely fantastic, it’s a great venue and the people have been really terrific. I really enjoyed the whole weekend’s racing.”

Crawford had to overcome Ron Adams, David Yanko, Mario Baker and Danny Rickard just to get to the final. 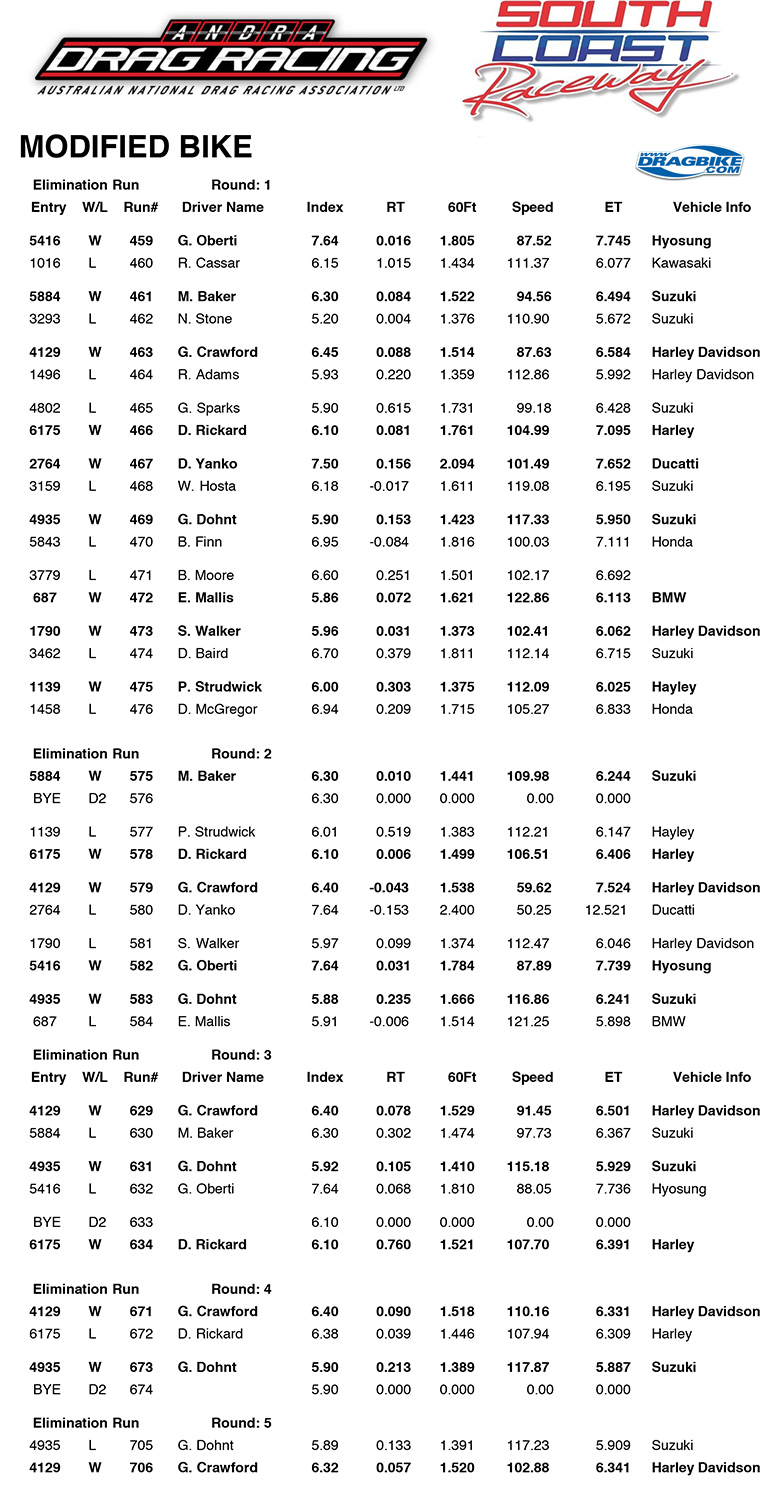 Nathan Stone (St Helen, VIC) qualified first of the two-wheeled warriors in Modified Bike thanks to a 5.531 ET at 121.31 mph in the third and final session. 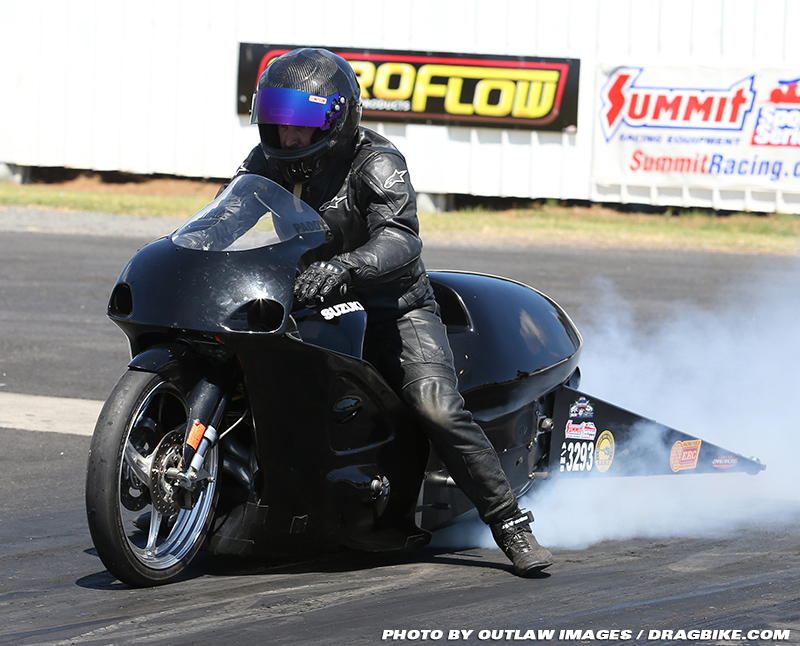 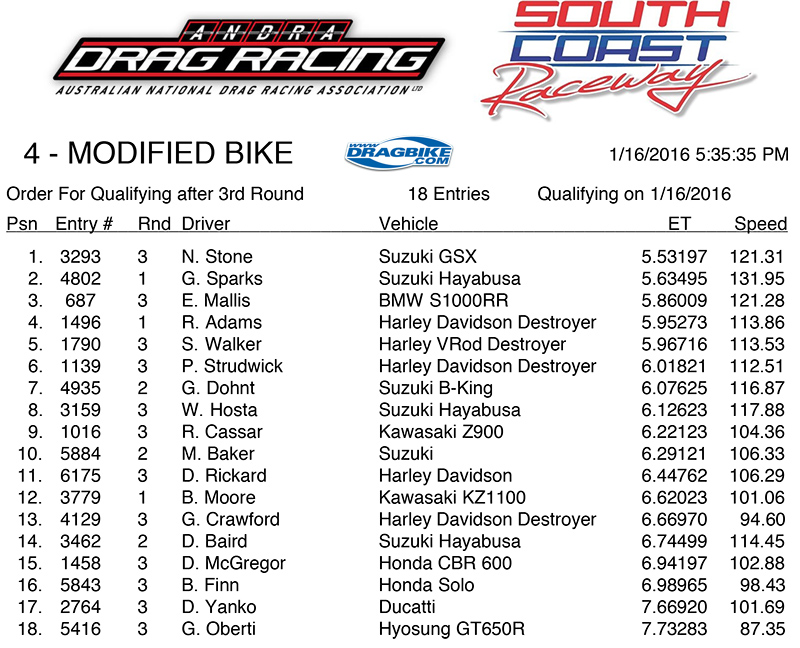