After a final to forget in his last Summit Racing Equipment Sportsman Series event, WA racer Luke Seaton is hoping for redemption at this weekend’s 48th annual EGT Goldenstates at the Perth Motorplex.

In March’s Westernationals, Seaton went all the way to the Modified Bike final against Paul Nieuwhof – a final that has since become infamous.

“Everyone in WA knows that story!” laughed Seaton.

“I made it to the finals against Paul Nieuwhof and he broke the bike just after the 330-foot mark. I looked over my shoulder and rolled off the throttle just after the 1000-foot mark, but I still broke-out by two one hundredths of a second, handing the win back to Paul. 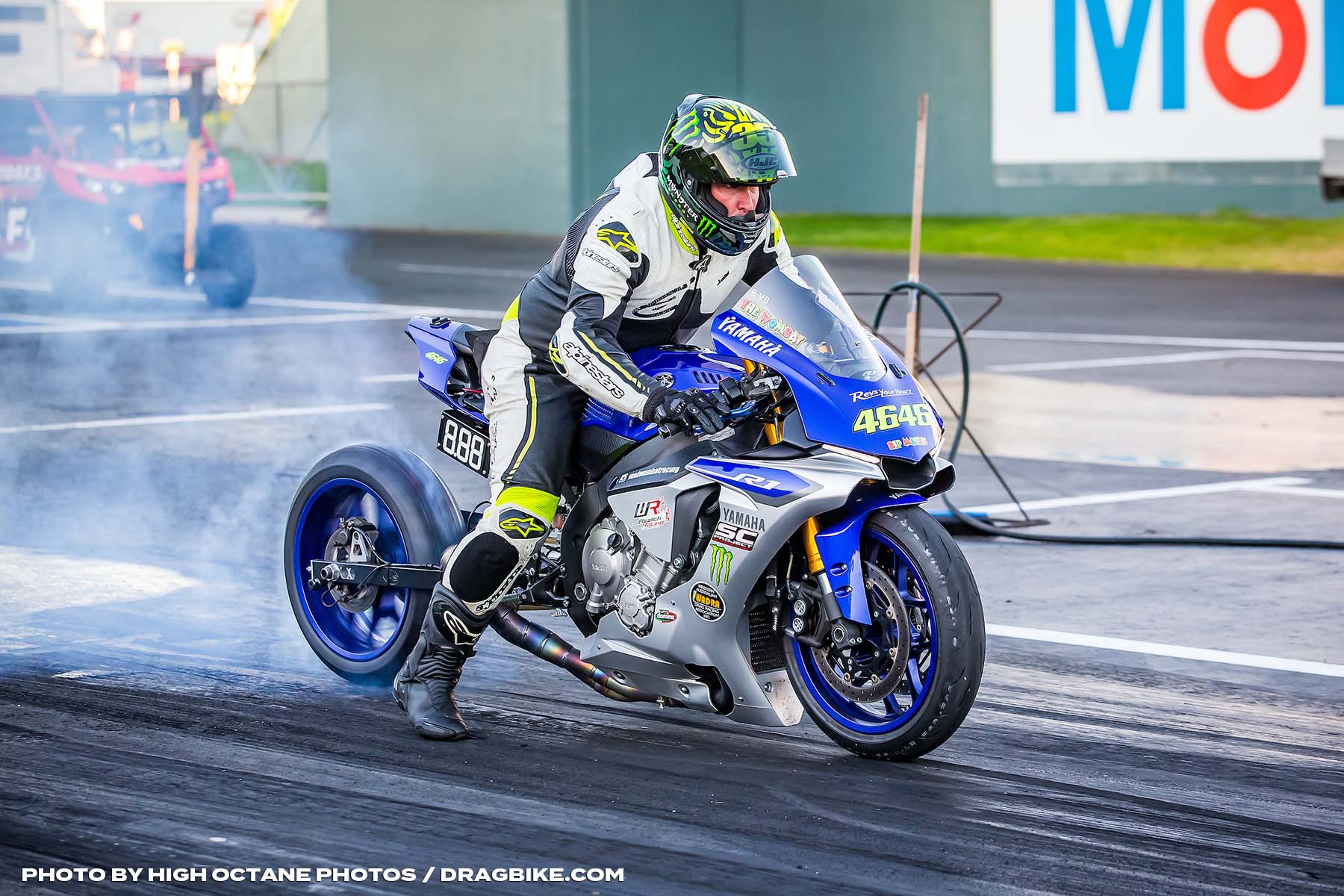 “It turns out the bike ran its best half-track time of the season – that’s drag racing for you!” he chuckled.

Now, Seaton is hoping that this year’s Goldenstates event will yield better fortunes.

“An event win of course would be amazing, but there is also a bit of a challenge on at the moment for a few bikes to run their first eight second passes and we are currently sitting on a 9.09 personal best, so that would be great to achieve,” he said.

“We have recently made a sprocket change which has made a huge difference, and we are also trying a different tyre, switching from a Shinko tyre to a Dragmax tyre, as the one we have been using is becoming extremely hard to get.

“We have more things on the way too hopefully in time for this event, but we will have to see if they actually make it in time.

“At the end of the day we are honestly just going out there to have fun and go as many rounds as we can, and if we make the finals, we will give it all we have got for the win!

“The competition just keeps getting better and better each year. You have to be on your numbers and great on the tree. I think WA would have to have one of the toughest Modified Bike fields in Australia for sure, and the great thing is we are all good mates and have a laugh together once the racing finishes.

“No matter what happens it is going to be a great event. I am a big fan of two-day race meetings, and this weekend is going to be huge with Top Fuel joining the event as well – I have no doubt it will be one of the best meetings of the year for sure, I just can’t wait!

“We will also be debuting a new sponsor and a new look for Mad Wombat Racing at the Goldenstates with the big unveil happening on Friday, so we are looking forward to that too!”

As a local, it is no surprise that Seaton has lots of good things to say about the Motorplex.

“Honestly, I think it is one of the best, if not the best, drag racing venue in the country,” Seaton said.

“Ray Treasure does such an amazing job running the meetings and promoting the venue and it is such a pleasure working with him and his amazing team. We are very lucky here in WA to have such a great venue and also with a heavy schedule to start the season which means we are heading into the Goldenstates with plenty of ‘laps’ which is always handy when it comes to getting ‘your eye in’ on the tree.”

While concentrating on the local events this season, Seaton is hoping to mount a national championship campaign in future years.

“This season our focus is on the WA State Championship, and we will race in the local Summit Racing Equipment Sportsman Series rounds, but in coming years we hope to travel to interstate events too such as those in Darwin and at The Bend. I would definitely love to have a crack at chasing the Summit Racing Equipment Sportsman Series title in Modified Bike at some point, especially now that we have developed such a strong combination,” he said.

“In the meantime, I would like to thank my family, my Mum, my Grandad and my partner Caris, as well as Simon, Lauren, Auto One Morley, Savage Motorcycles, SC Project Exhaust, Evil Swingarms and Woolich Racing and of course Ray Treasure and all his team that run every drag meeting at the Perth Motorplex.”

The 48th annual EGT Goldenstates will be held across Friday, November 11 and Saturday November 12 at the Perth Motorplex. For event information, visit www.motorplex.com.au