The fight for the 2021/2022 Summit Racing Equipment Sportsman Series is officially underway with round one successfully completed at Darwin’s Hidden Valley Drag Strip this weekend July 16-17, 2021.

Modified Bike top qualifier Henry backed up his Friday performance with a Saturday win. A brilliant .015 reaction time and an 8.679 on an 8.65 dial-in was too tough for opponent Harrison.

“I had a couple of races on my hands there but it was happy days,” he said. “It was a team effort, especially for Adam my crew chief. All I do is twist the throttle.” 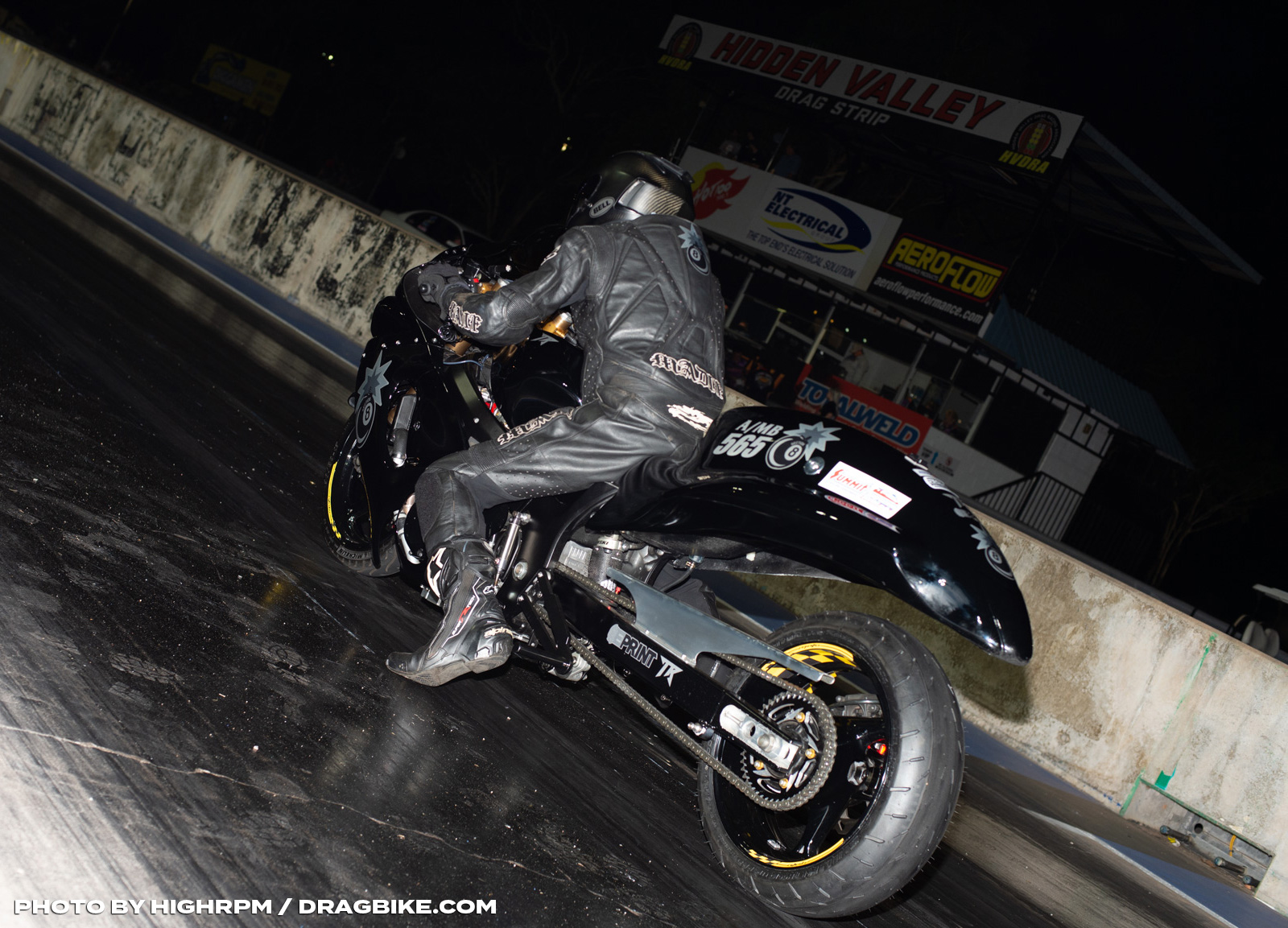 Though he now has many Summit Racing Equipment Sportsman Series points in his possession, Henry said he was unlikely to be heading to Alice Springs.

“Unless someone can help with getting my bike down there I don’t think I will be there. We have got the rest of the season to go up here. It would be nice to repeat what I have done here in Alice Springs but it is a financial bridge too far.” 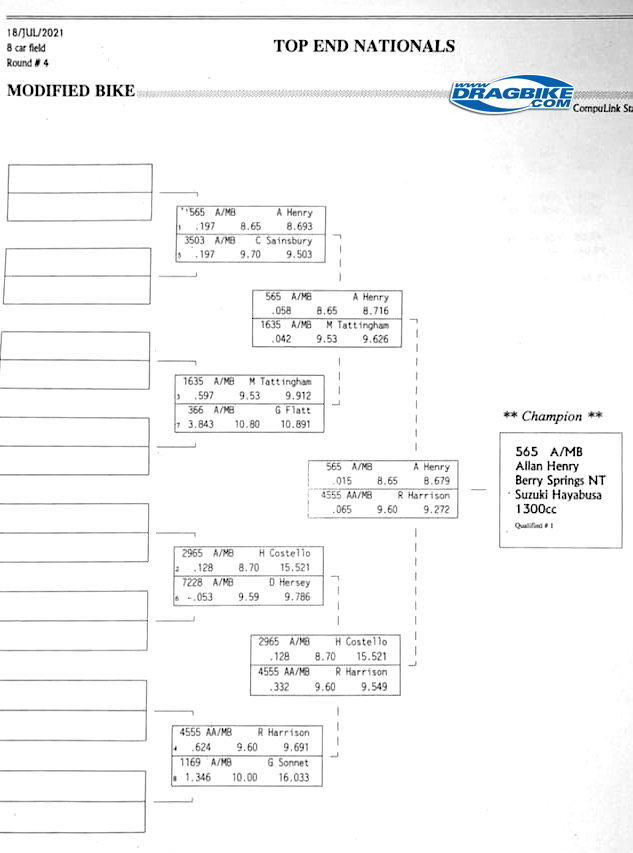 The Northern Territory’s Allan Henry was loving life aboard his Suzuki Hayabusa following an 8.677 performance to lead Modified Bike.

“At my stage of life, how can I complain?” he said. “I am 65 so I have been around, and who knows how many more years you can cram yourself on a motorcycle for. I’d love to run a seven before I retire. 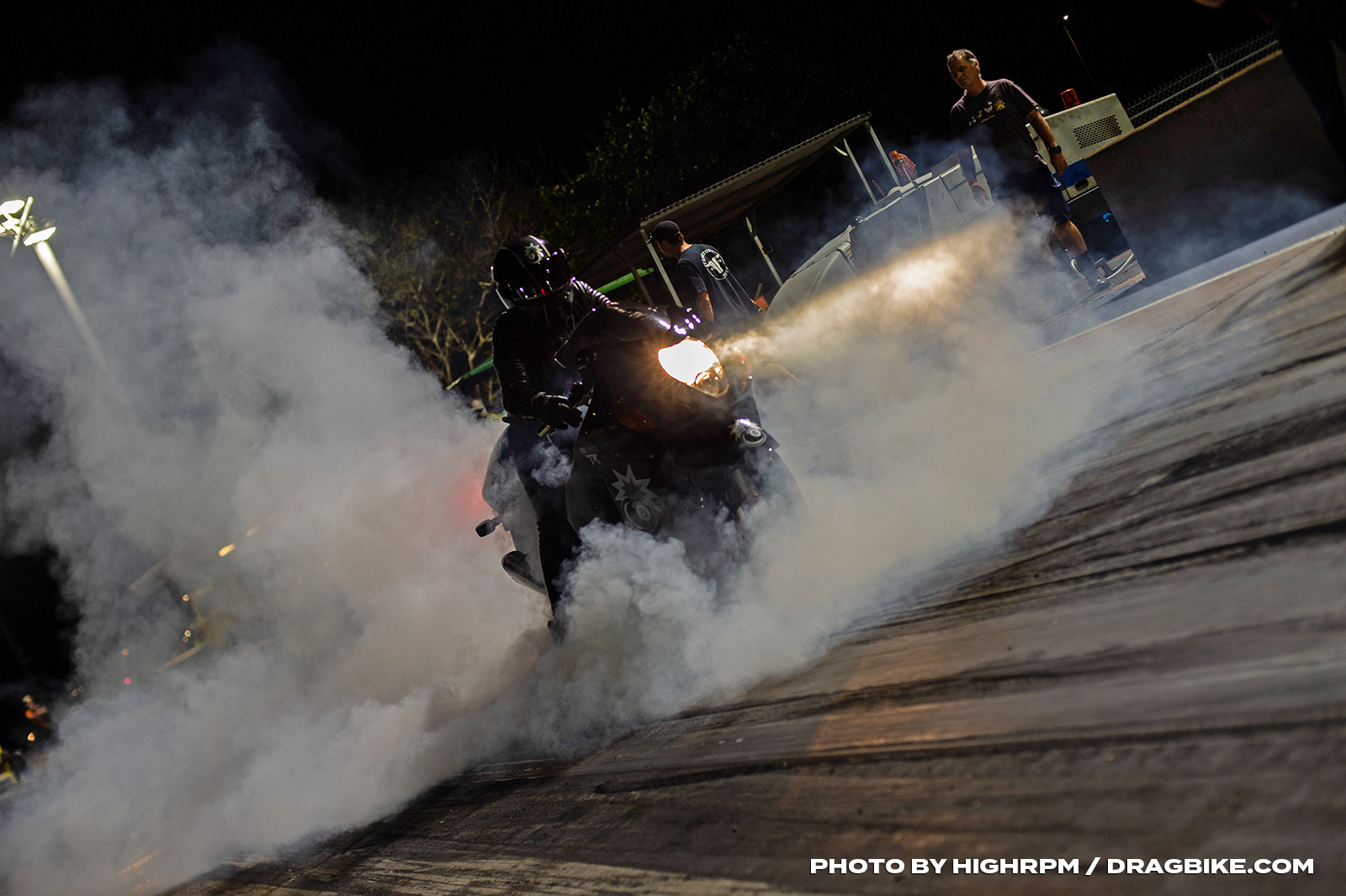 “This year has been pretty good to us. We haven’t lost a pass all season so hopefully it carries over to tomorrow; one of those ANDRA Christmas Trees would be nice.”

Henry’s motorcycle uses a stock standard 1340cc Hayabusa engine, with a racing clutch, exhaust pipe and lengthened swingarm among the only changes.

“This engine has 32,000km on it. My crew chief Adam plays with it and I am pretty happy. I have got my eye in and the guys on the team did really well.” 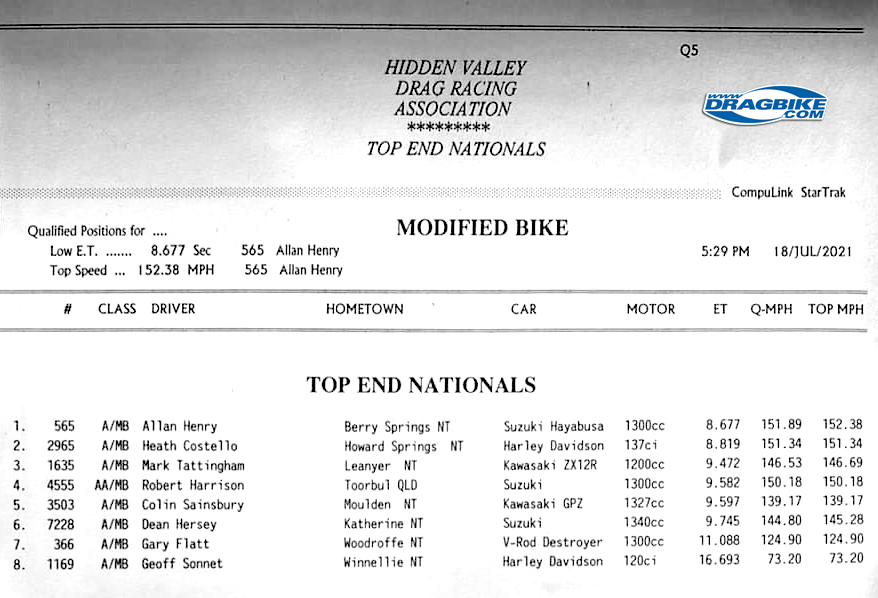