Gavin Dohnt (Henty, VIC) had previously lost to Gordon Crawford in the Modified Bike final at South Coast Raceway in Portland but he got his revenge today defeating Crawford and taking home his second win in a row following the Australian Nationals.

“Guys like Gordon pull one out of their back pocket every now and then so I’m really happy. It’s been a fantastic weekend, the Steel City Drag Club has been brilliant, our bracket marshal has been awesome, and it’s just been great.”

ANDRA would like to thank the Steel City Drag Club and their volunteers for their hard work in staging the event and to Whyalla City Council for their support in bringing the Summit Racing Equipment Sportsman Series to the region. 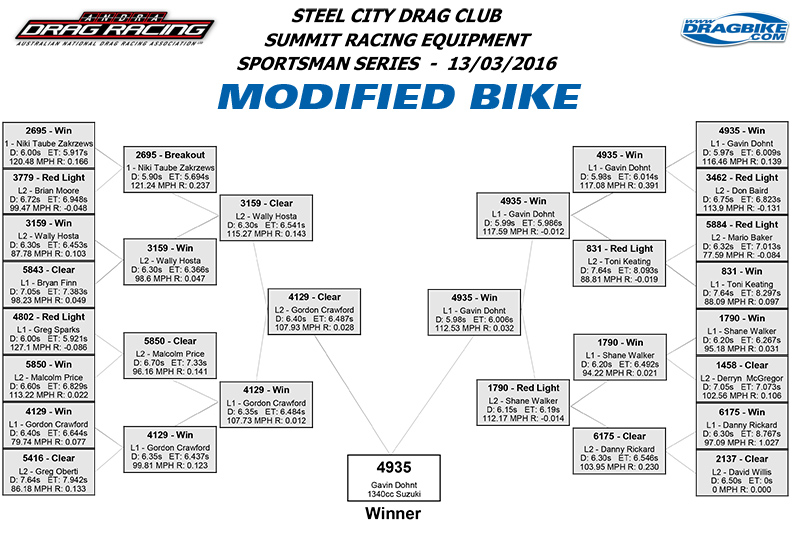 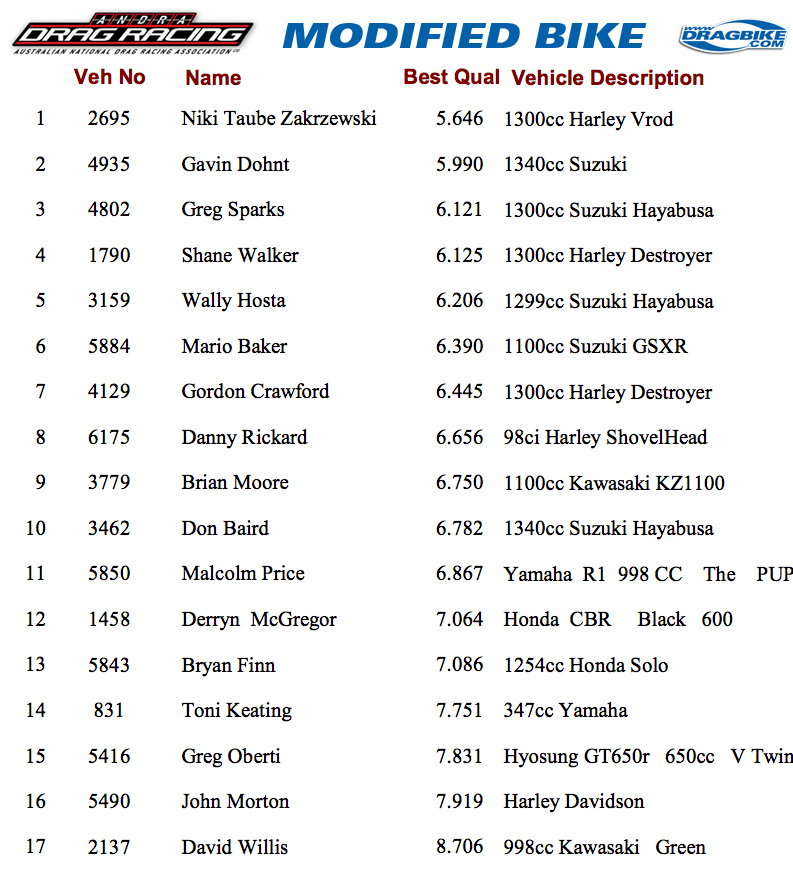