The return of the Summit Racing Equipment Sportsman Series has delivered plenty of exciting action all weekend long at Portland’s South Coast Raceway, with the South Coast 660 coming to a successful conclusion today.

After such a long lay-off due to the impacts of COVID-19, the prevailing theme all weekend long has been gratitude to be back on-track with racers, track staff and volunteers unable to wipe the smiles off their faces. 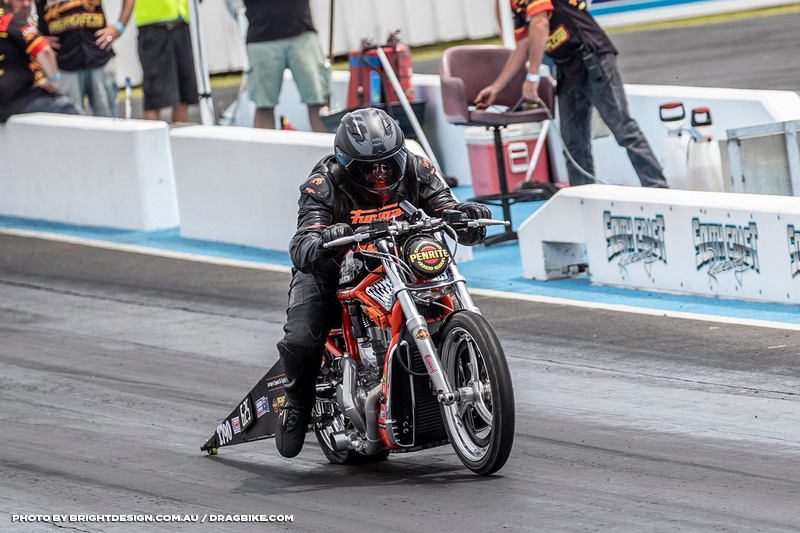 In Modified Bike, Shane Walker was very happy to walk away an ANDRA Christmas Tree and the Phil Parker Memorial Award following the long lay-off. He hoisted the trophy after taking the win over Michael Cristoforo in the final following wins over Dean Jamieson (round one) and Bryan Finn – who defeated Top Qualifier Gavin Dohnt in the opening round – ahead of a semi-final bye. Cristoforo meanwhile had emerged victorious from earlier battles against Levi Addison, Jason Addison and Lucas Neagoe on his way to racing Walker.

“It is absolutely fantastic being back and catching up with everyone again. We have been really looking forward to this weekend,” Walker said.

“It was very hot and sticky, and everyone has been rusty and had a few dramas, me included, but it was a good day. It was nice to get a win in the first round and then we had ‘Finny’ in the second round and he is no easy beat, so once we got past him, I thought well now we have a bye in the final so win, lose or draw, this is going to be a reasonable day!

“When we won in the final, I was absolutely stoked. I do not think I have needed to win a race more than I needed to win this one. I was really pleased. Of course, I would have been happy with second, but there is nothing like winning and it is just so great to be back.

“My thanks goes to Summit Racing Equipment and the South Coast Raceway track staff. It was absolutely filthy weather out there today at 36 degrees and 90 percent humidity, but they did a great job. Thanks also to all of the other guys in Modified Bike as well – it has been great to see some new faces as well.

“I also would like to thank my wife Monica, I couldn’t do this without her, and Tony Frost Racing – we pit with them and it always makes for an entertaining weekend! Finally, I must also thank my sponsors, Penrite Oil, Jordan’s Speed and Custom, Motorlight Australia and Burson Auto Parts Geelong.” 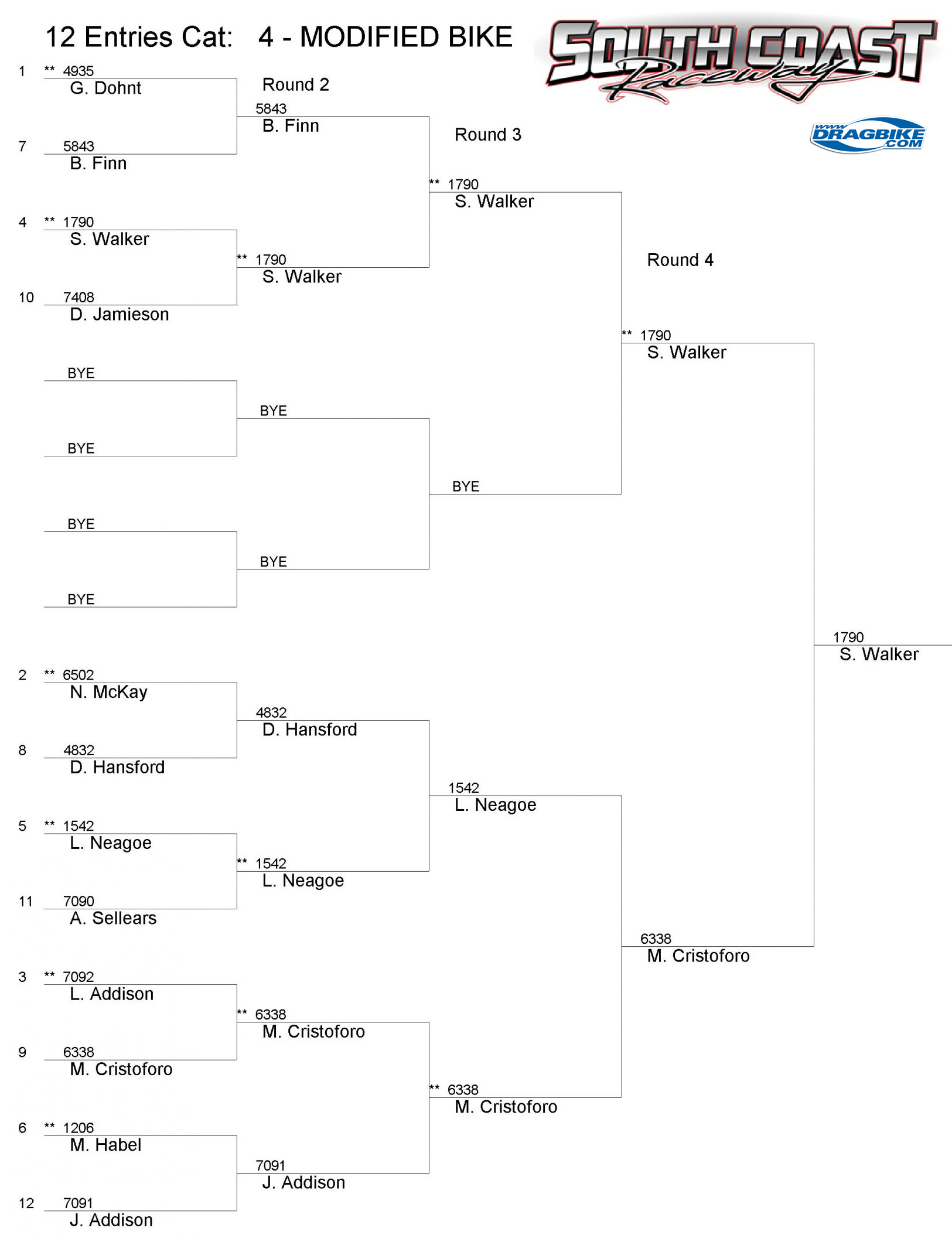 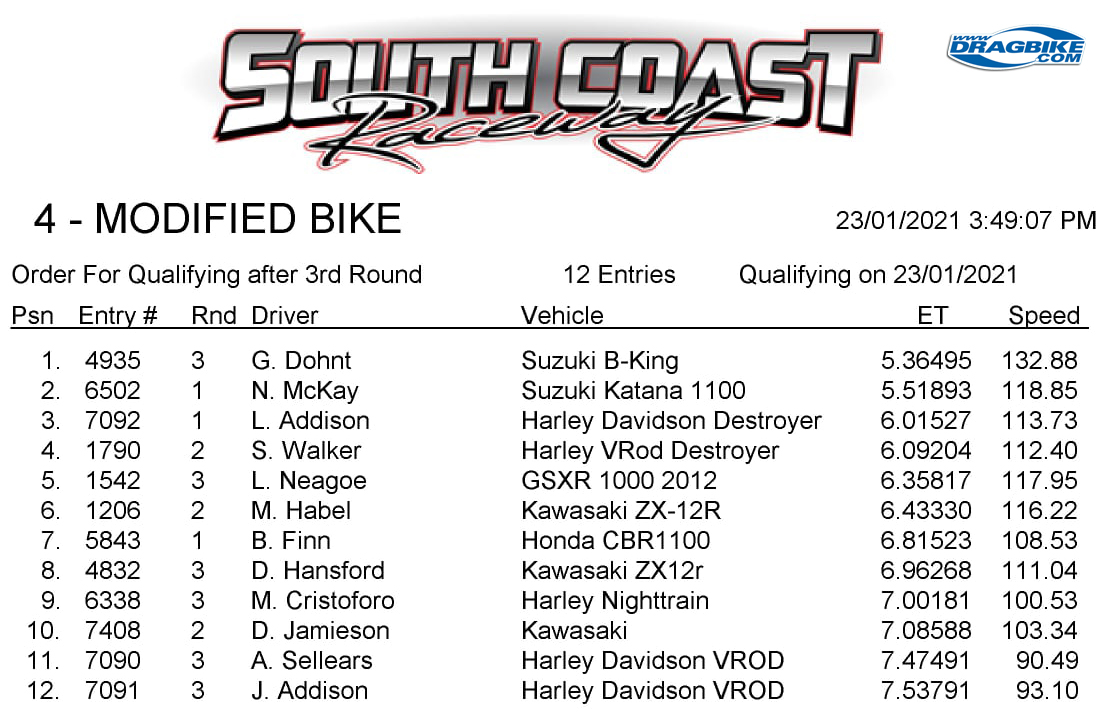 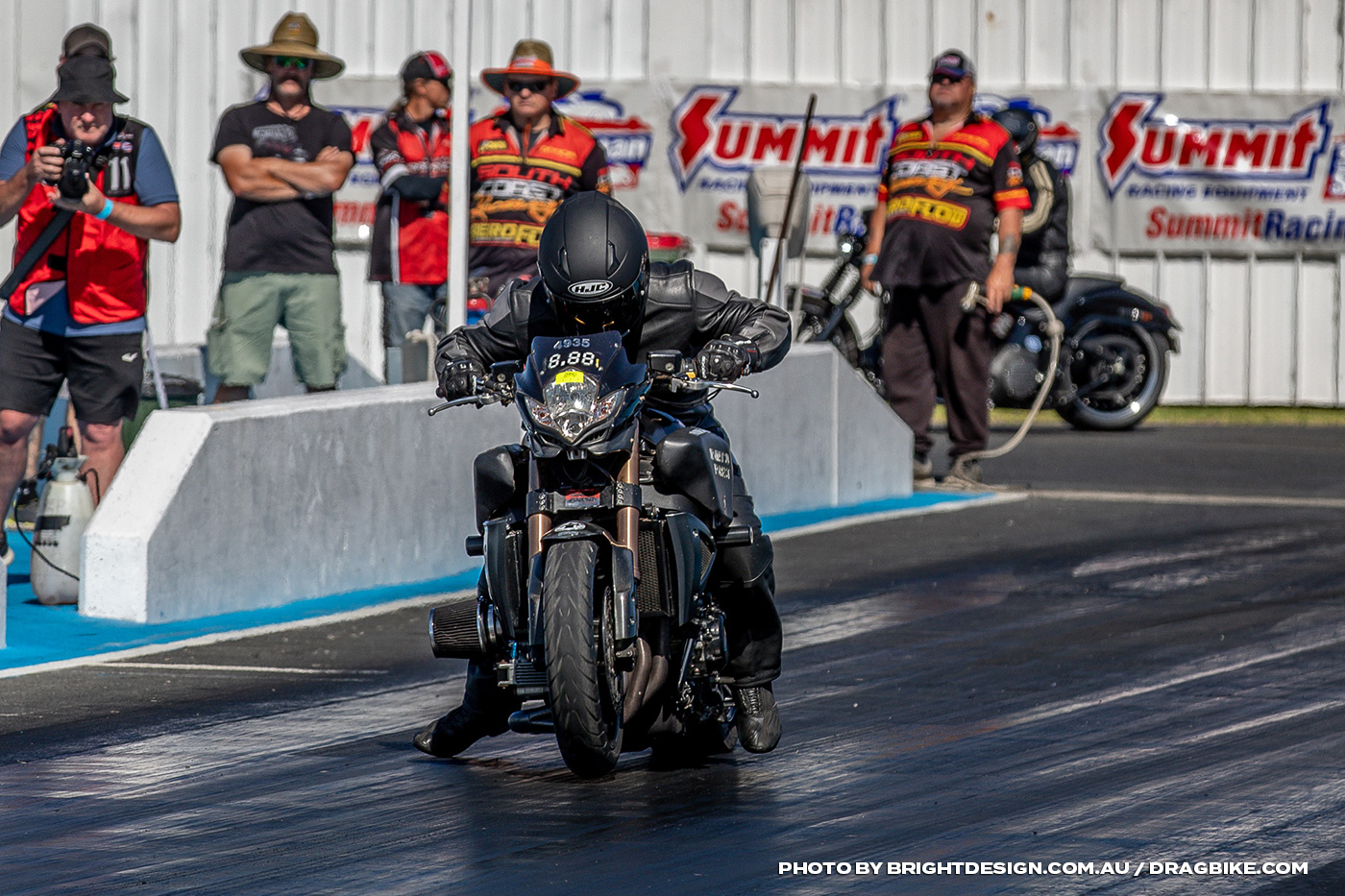 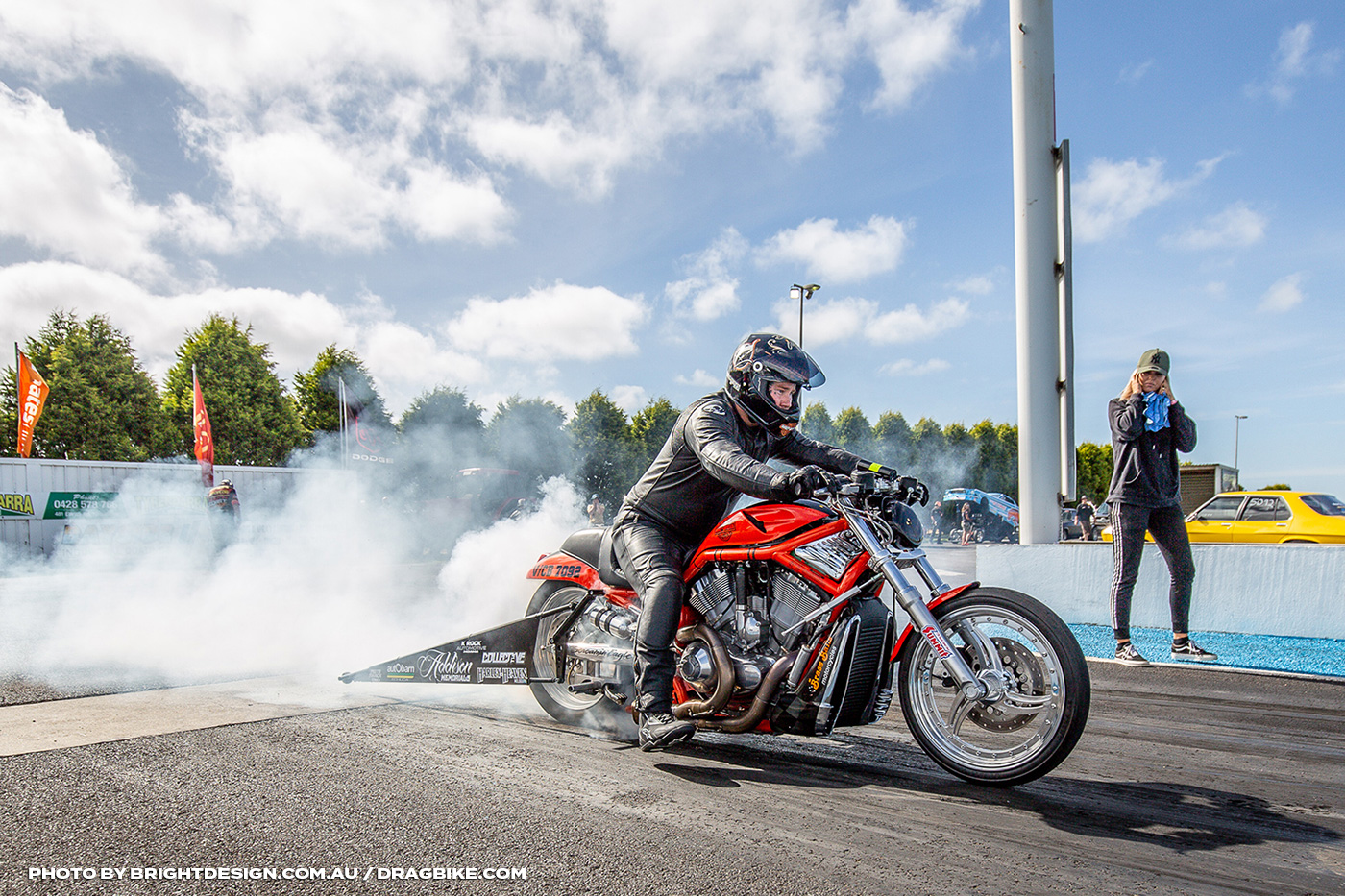 The Competition Bike victory was claimed by Levi Addison, who faced off against Top Qualifier Edge Mallis in the final for the bracket which employs a Chicago Shootout racing format, only for Mallis to be unable to proceed down the track after greeting the starter.
The Summit Racing Equipment Sportsman Series will now travel to the Perth Motorplex for the Westernationals before returning to Victoria for the Twilight Nationals at Mildura’s Sunset Strip across March 12-13. Confirmation about the dates and venue of the ANDRA Grand Final is expected to be confirmed in the coming days. 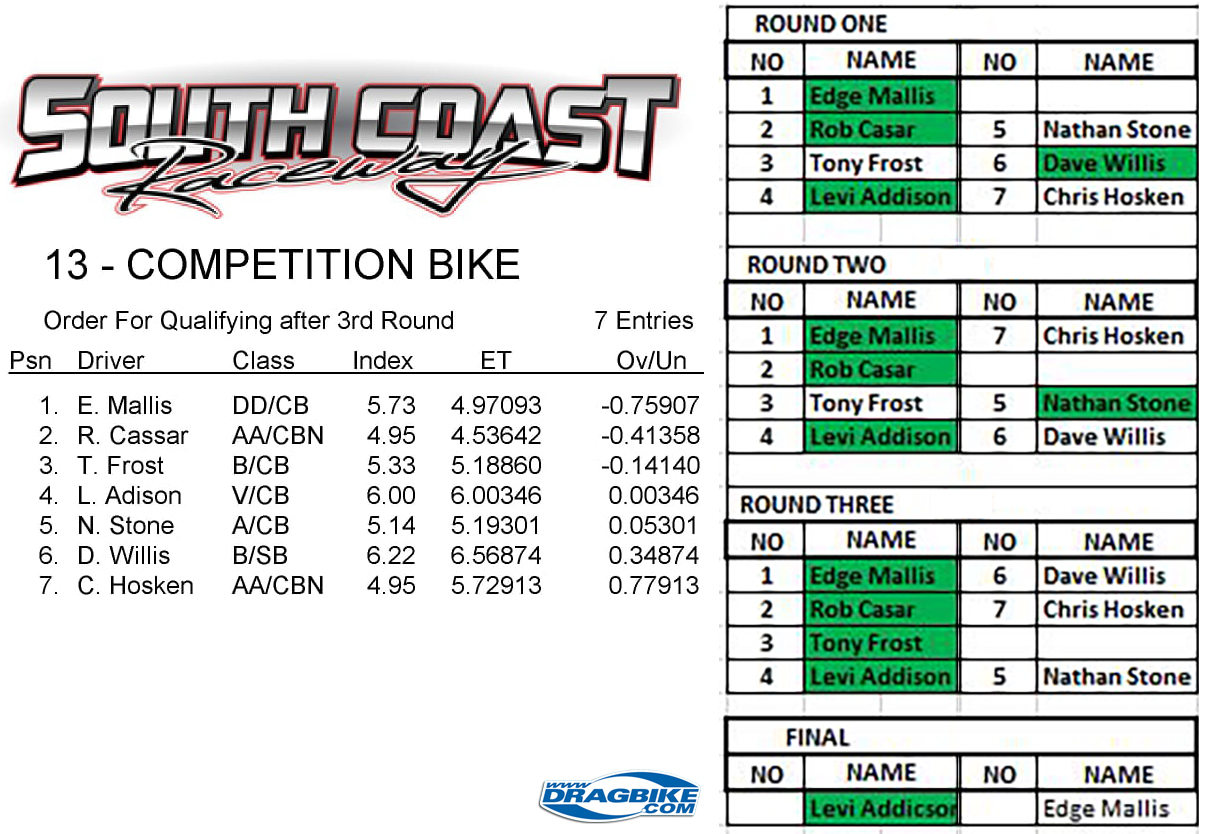 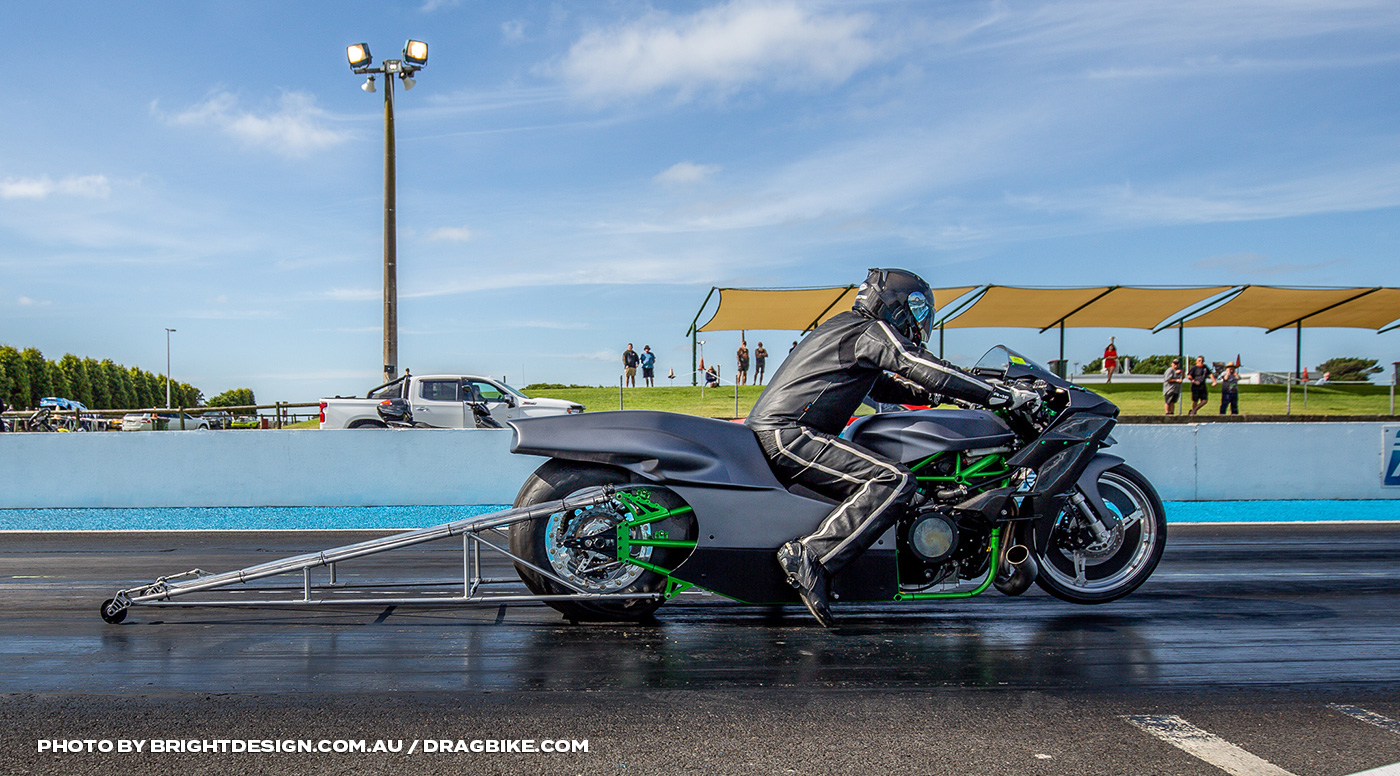 The 19/20/21 Summit Racing Equipment Sportsman Series season which has been extended in the face of COVID-19 to not only deliver successful completion of the current competition, but also a record prize pool thanks to Summit Racing Equipment. The performance powerhouse has announced it will offer 50 percent extra end of season prize money for a total prize pool of more than $100k including $10k for the prestigious John Storm Memorial, creating the biggest prize pool in Australian Drag Racing history.