Ricky Wood may have lost the opportunity to make the most of his Top Fuel Motorcycle finals berth at the weekend’s Goldenstates, but that doesn’t mean the weekend wasn’t a successful one for the North Yunderup racer.

A dead magneto stopped Wood from firing up to face the starter for the final against eventual winner Greg Durack – who also claimed the Crow Cams Top Qualifier Award presented by Decoglaze Glass Splashbacks.

However, Wood still walked away from the event smiling with a Personal Best ET of 7.072 seconds set during qualifying at 297.44kph.

“I really hate electrical stuff,” Wood laughed when asked about what went wrong in the final.
“Greg definitely had the win on us anyway, but it would have been nice to have a go.

“Although, when I think about it, maybe we could have beaten him as he had troubles as well!
“It is a bit of a bummer for sure, but that is how this sport goes sometimes.
“We did have a good run the day before in qualifying, the 7.07 was a personal best for me and I was pretty happy with that.

“In a couple of the other runs we kept stripping the blower belt so that needs a tune up and we will be working on that.

“But overall, it was a good event – it was well run as always, and we did have some success even if a lot of things didn’t go the way we wanted.

“We had a good time and I just love Top Fuel Motorcycle racing. The nitro, the engineering of it, the technical stuff to make these bikes run, the design and manufacturing – I just love it.” 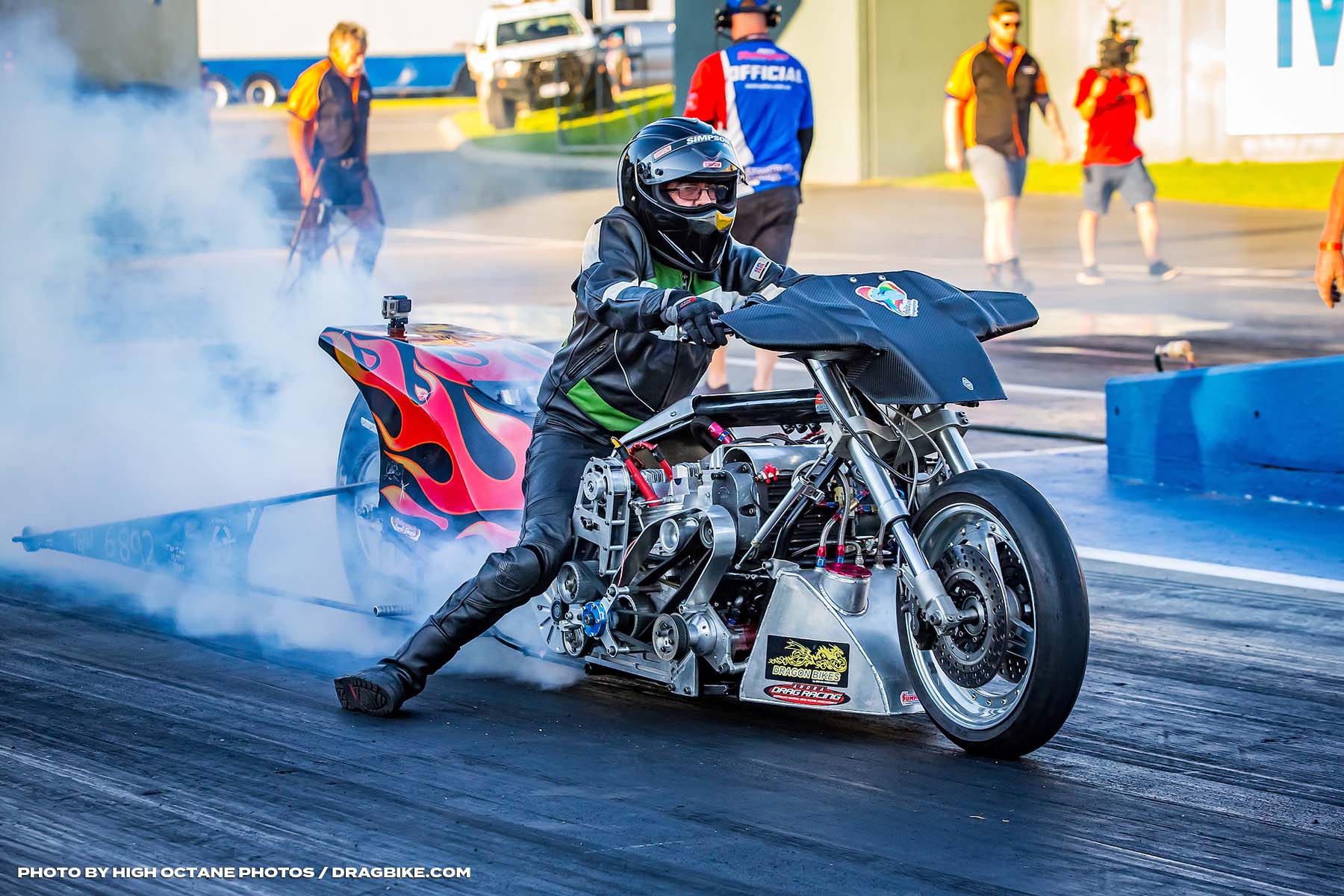 “Steve made the engine himself, the crankshaft and everything, and I am proud to use his motor. It was actually the third anniversary of his passing at the weekend,” Wood explained.

“We are also building a new motor for the bike with a Puma crankshaft to use as a spare.”

Wood already has his eyes on the next Australian Drag Racing Championships round, which will feature as part of the Motorplex’s Westernationals event across March 5-6, 2022.

“In the meantime, we will be focusing on my grandson Connor who has just started up this weekend in Modified Bike.

“He qualified number 6 in his first event and won his first round, so I am pretty pleased with that and proud to have three generations of Woods racing.”

For full results from the weekend, please visit www.andra.com.au/series/results