The weekend’s Twilight Nationals – the penultimate round of the 2021/2022 Summit Racing Equipment Sportsman Series – saw no less than three new national records set, all on two wheels. 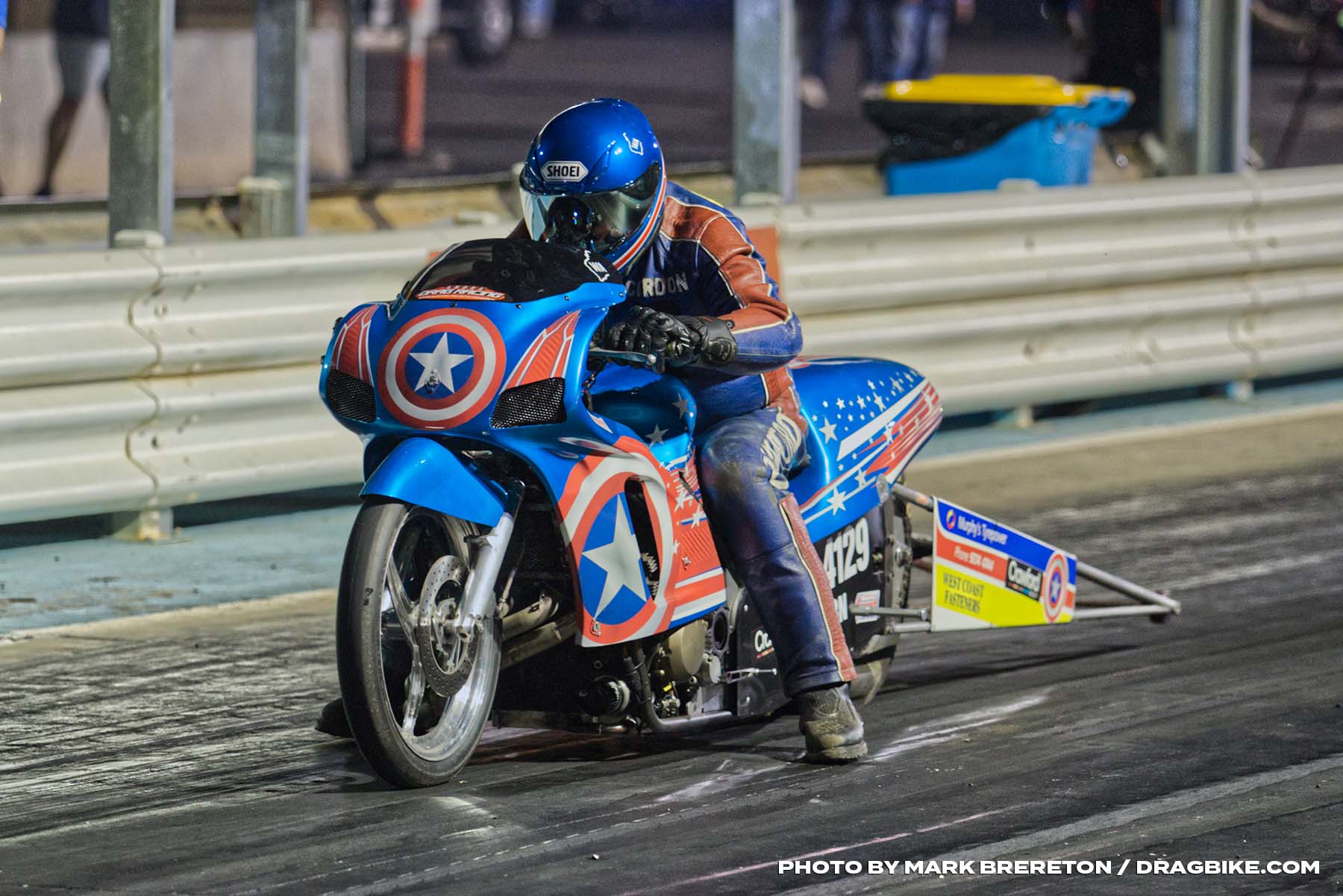 Paton faced off in the Competition Bike final against fellow West Australian and record-setter, Gordon Crawford. ‘The Moving Man’ rewrote the CC/CBN speed record to 135.85mph on his way to collecting the runners-up trophy in Mildura.

“We weren’t setting out to get any records, we were just trying to get some clean passes in,” Crawford explained.

“We hadn’t run on the eighth-mile distance on this bike before the weekend. We have only had it one season and are still getting used to it. We had some issues in Perth and we were pretty sure we had them sorted heading to Mildura, but we didn’t know for sure until we got it on the track and were happy to see that it was all fine.

“We were quite surprised to get the record indeed as I wasn’t aiming for it, but we will take it of course and it was great to see the bike absolutely boogieing down the track.

“Overall, I am happy with how the weekend went overall. Whenever we go to Mildura everyone there is so good, and they always bend over backwards to accommodate the racers if they can.

“The track was really great also, I only had tyre shake once – my bike has that much power that I often run into tyre shake multiple times at the Motorplex and it only happened once in Mildura.”

Crawford is third on the Competition Bike points standings as the series now heads to the ANDRA Grand Finals event at the Perth Motorplex across April 8-9.

“Heading to the ANDRA Grand Finals, I expect we will probably come up against Phill Paton again, he has a few tenths on me, but I am usually better on the light, so if we can face off again in Perth it should be a pretty close run!” Crawford said.

“(Second placed in the title standings) Ross Smith is going to be hard to beat as he is a very experienced campaigner and has won it several times and also runs well under his index, but we will give it all we have got.

“In the meantime, I want to say thank you to everyone at the Sunset Strip for all the effort they have put in – it has been pretty gruelling for them with back-to-back events, and they have another one coming up and it is really a superb effort. They are so professional, helpful and friendly. I also want to mention Alan Ward on the commentary, he is just a class act.

“It was again a really great experience for me, and I encourage everyone to come out and travel to these tracks. Now that the border is down in WA hopefully we will see more racers travelling to and from WA to compete,” he concluded, while thanking his sponsors Murphy’s Tyrepower, West Coast Fasteners and Crawford Realty for their support.

For results from the Twilight Nationals, please click here

The ANDRA Grand Finals will host the final rounds of the season for both the Summit Racing Equipment Sportsman Series and the Australian Drag Racing Championship across April 8-9 at the Perth Motorplex. For event information, go to www.motorplex.com.au