The Summit Racing Equipment Sportsman Series has celebrated its first event winners of 2023, with the conclusion of the South Coast 660 event in Portland (Victoria) this afternoon.

In Modified Bike, Sean Ricketts was ecstatic to take his second ANDRA Christmas tree in as many visits to South Coast Raceway, following a win in the final over Dean Jamieson.

To secure his place in the final, Ricketts and his Kawasaki zX12r had earlier emerged victorious from battles against Rob Church (round one), top qualifier Peter Bartlett (round two), and Jamie Dohnt (semi-final), while Jamieson had successfully taken on Johnny Ireland (round one) and defending champion Shane Walker (round two) ahead of a bye in the semis.

“I am just ecstatic. I have won a few trees, and this feels as good as the first one I won,” the Sydney-based Ricketts beamed.

“I love coming down here to this track, it is well run and the country style atmosphere is great, it has character and I enjoy the challenge of it, and the people are great.

“I have been here twice, and this is my second tree here, so I am really loving this place at the moment!

“Thank you to my good mate Joe Khoury who races in Comp Bike and has been a really good support for me in the last few years, and also to Mick Withers and Alison from Heavy Duty Magazine who support me no matter where I go and what I do. And also to Peter Bartlett, he is a good friend of mine and Peter and Helen are just lovely people.“ 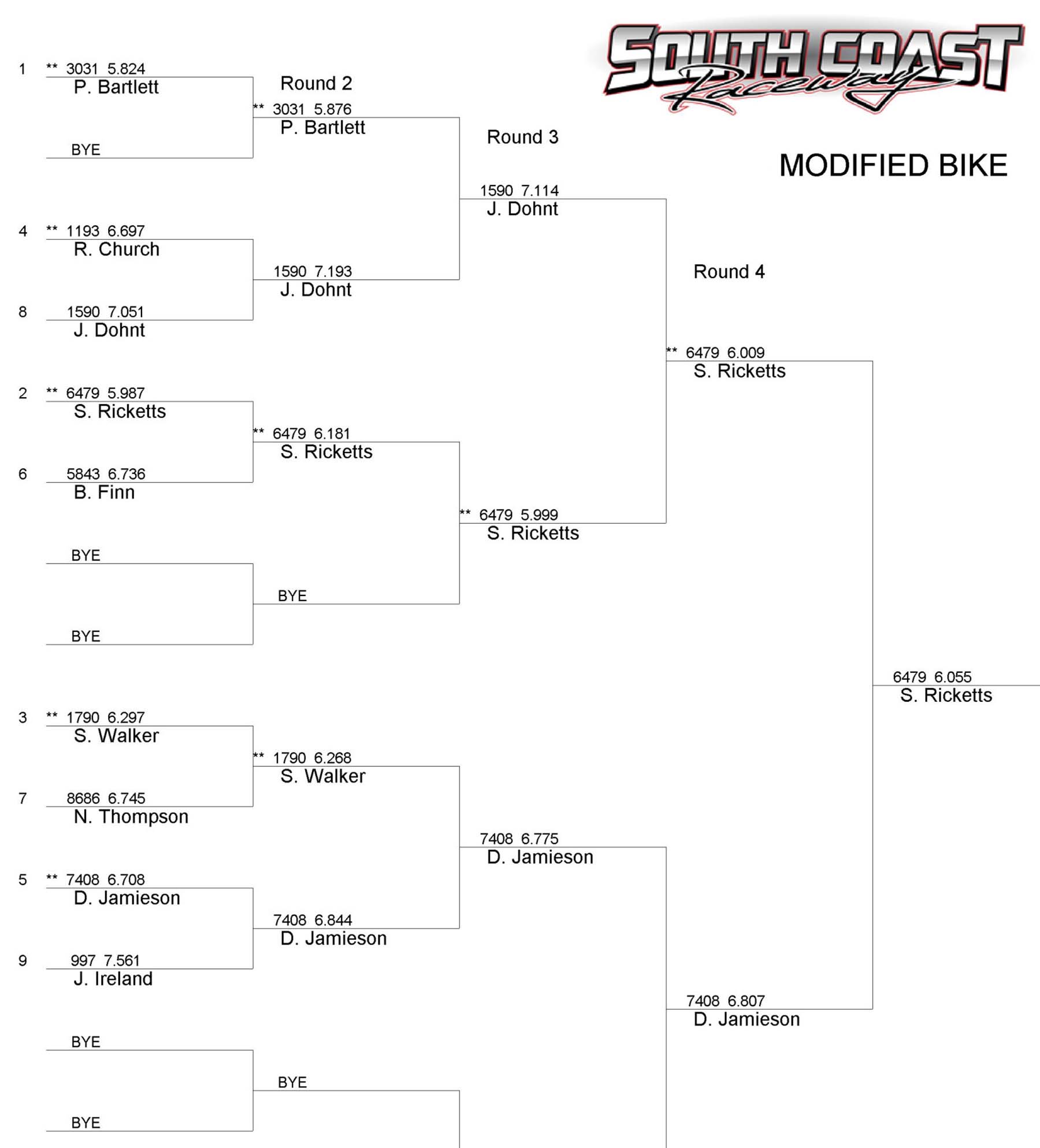 In Competition Bike, Edge Mallis clean swept the weekend by taking out the event win after being the top qualifier on his Kawasaki Ninja yesterday. 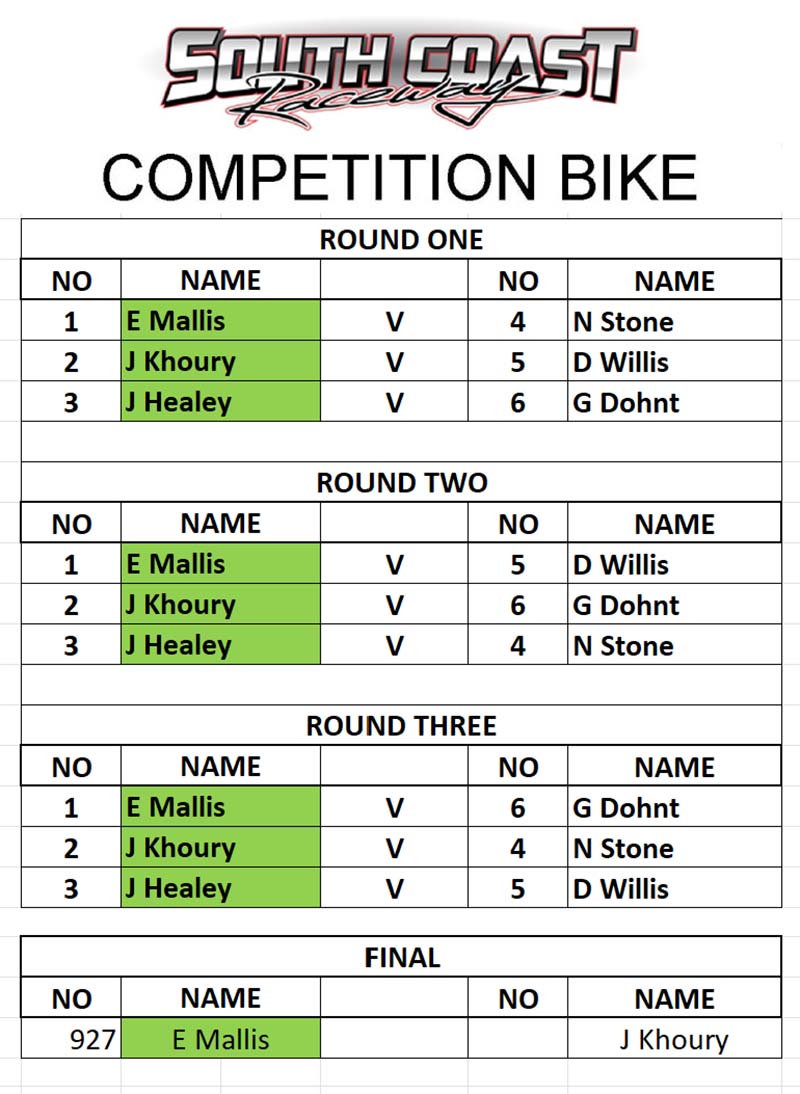 ANDRA thanks the South Coast Raceway management and all of its volunteers and sponsors for an outstanding racetrack and a well-run event.

The penultimate and next round of the 2022/2023 Summit Racing Equipment Sportsman Series, the Twilight Nationals, will be held at Mildura’s Sunset Strip across February 17-18. For event information, visit www.sunsetstrip.org.au

More than 160 racers have taken to Portland’s South Coast Raceway today for day one of the South Coast 660 – the latest round of the Summit Racing Equipment Sportsman Series. 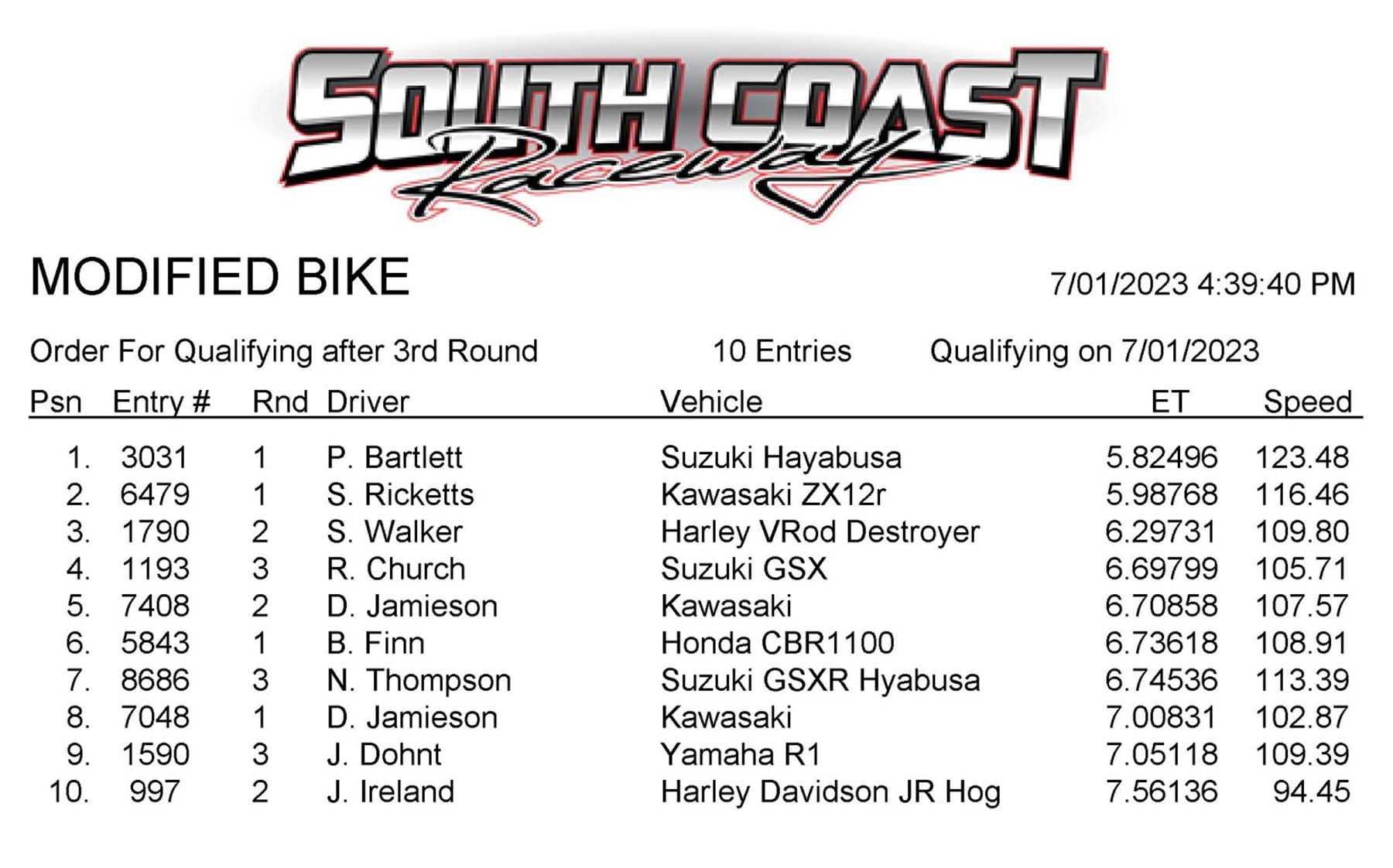 For Mallis, the top qualifier result continues a run of form despite the fact he has been away for 12 months recovering from a 2019 accident at South Coast Raceway.

“We have top qualified at every event we have ever showed up to; I am more worried about getting through the whole weekend – you see, I have been a bridesmaid way too many times!

“If I can get through the weekend and use the top qualifier position to get a win, I will be really, really happy!

“We know where the track is now and have looked at everything and if something goes wrong, I am learning to get off it. It headed to the wall today for instance in one of the passes and I just got off it, it isn’t worth the risk, but other than that, everything is great and we are very happy with how the bike is running and the whole lot, so we are not touching a thing and tomorrow should be good.” 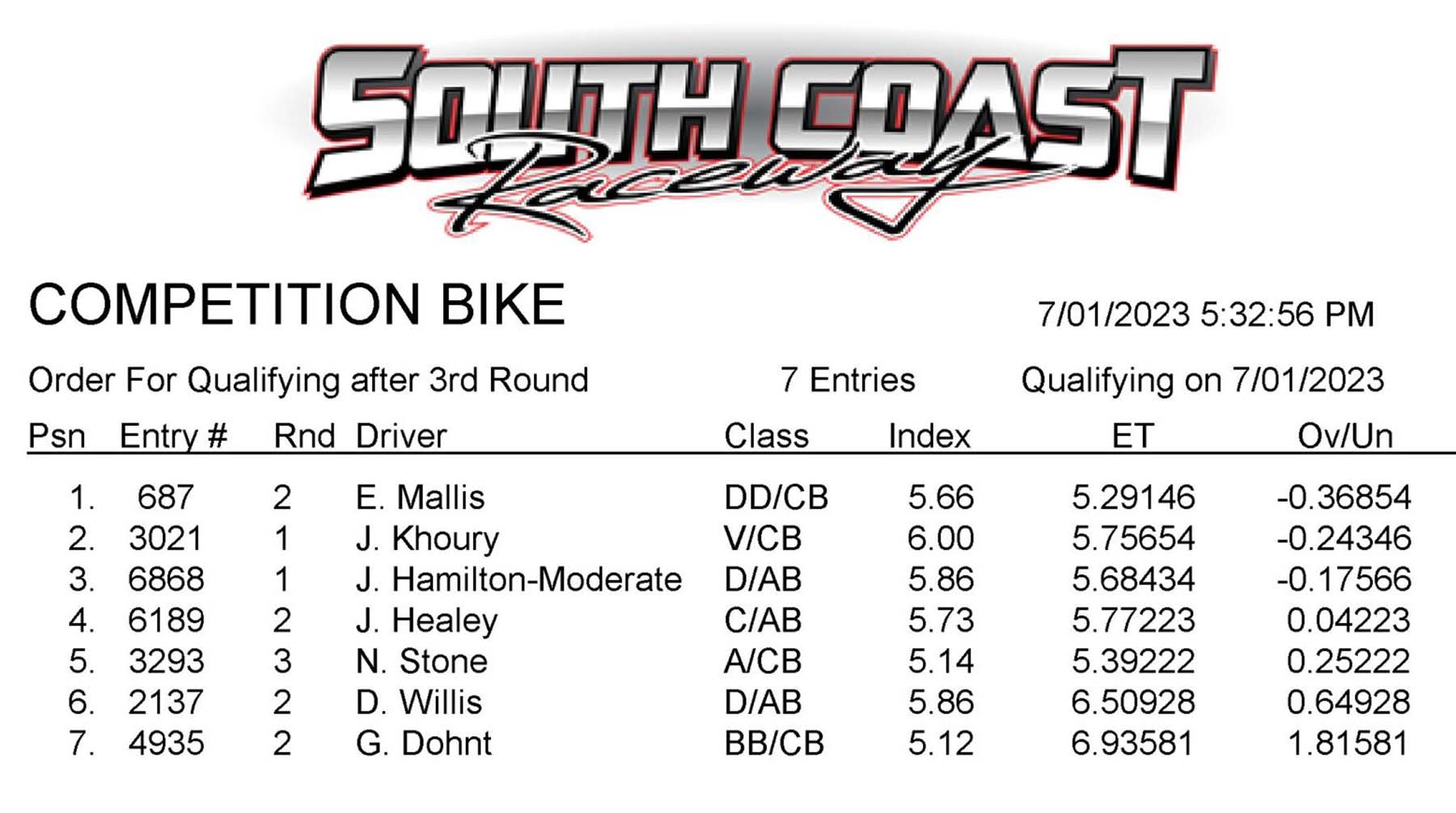