The South Coast 660 played host to more than 170 racers for what was the largest ever meeting for South Coast Raceway, with plenty of action unfolding over January 20 and 21 for what was round seven of the Summit Racing Equipment Sportsman Series.

While all of the winners were proud to accept their accolades, two felt especially honored in receiving perpetual awards introduced at the event – the Phil Parker Memorial Trophy in Modified Bike and the Chris Stewart Memorial Trophy in Supercharged Outlaws. Each year, the winner of Supercharged Outlaws will also have their name inscribed on a special Chris Stewart memorial shield housed at the Raceway’s HQ.

“This is very special, because at this meeting two years ago I won my very first ‘tree’ and it was presented to me by Phil Parker,” explained Crawford in accepting the Phil Parker Memorial Trophy. 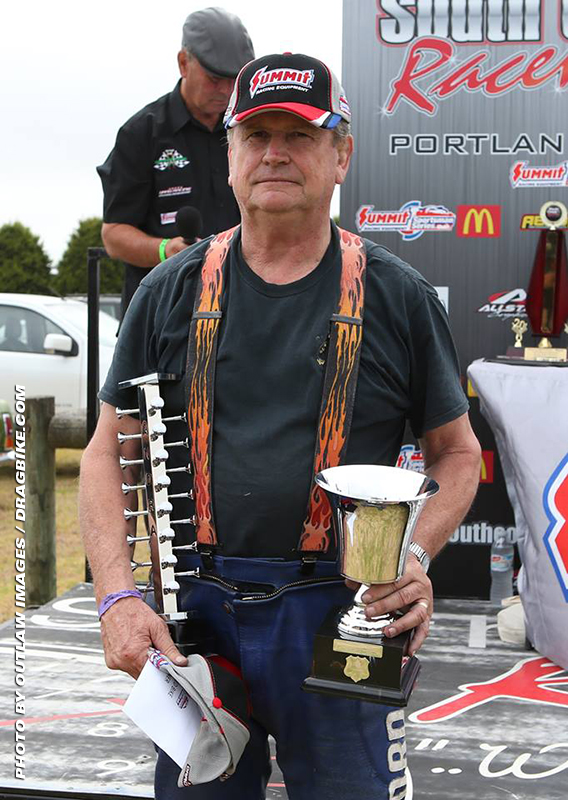 “The bike was running like a dog all weekend, I had no shift lights and had been guessing all my gear changes, but all the other guys were making mistakes – I got out of jail so many times! And then in that last run, I ran a 0.01 light and ran within a hundredth of my dial-in – they were never going to beat me on that.

“With the way it went all weekend, I just couldn’t believe it in that last run against Jake Hamilton that we were unbeatable – that was real special and I think there was a bit of Phil Parker sitting on my shoulder there for that one, I am sure of that.

“To all of the racers and the guys particular in Modified Bike I want to say thank you and to ANDRA for their professionalism, a lot of thanks has to go to them and to Summit – I just really appreciate what they do. I am looking forward to seeing everyone at the Westernationals and then in Adelaide!”

On his way to the win, Crawford defeated Greg Oberti, Jase MacFarlane, Danny Rickard, Dan Dycer and then Hamilton, while Hamilton faced off against Edgell Mallis, Chris Hosken, and Mario Baker before enjoying a bye run in the semi-finals. 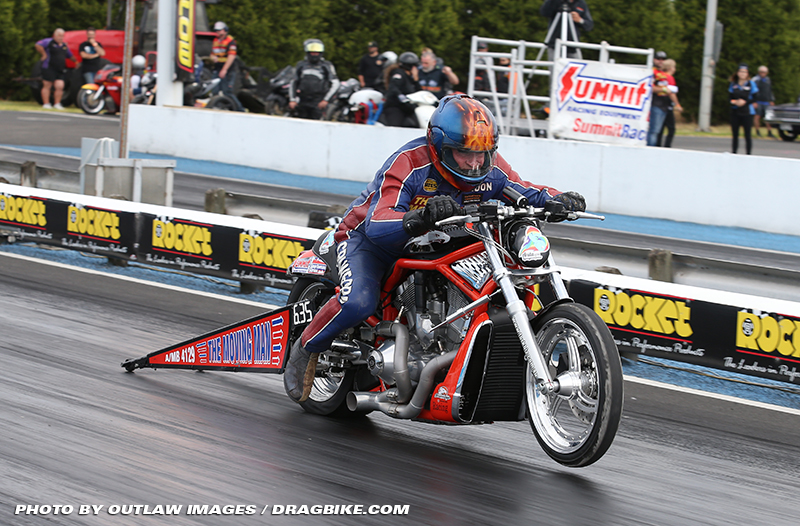 ANDRA thanks The South Coast Drag Racing Association as well as all of the volunteers and sponsors for an outstanding race track and a well-run event.

Round eight of the Summit Racing Equipment Sportsman Series will be held at the Perth Motorplex across March 3-4. For more information, visit www.andra.com.au and www.themotorplex.com.au 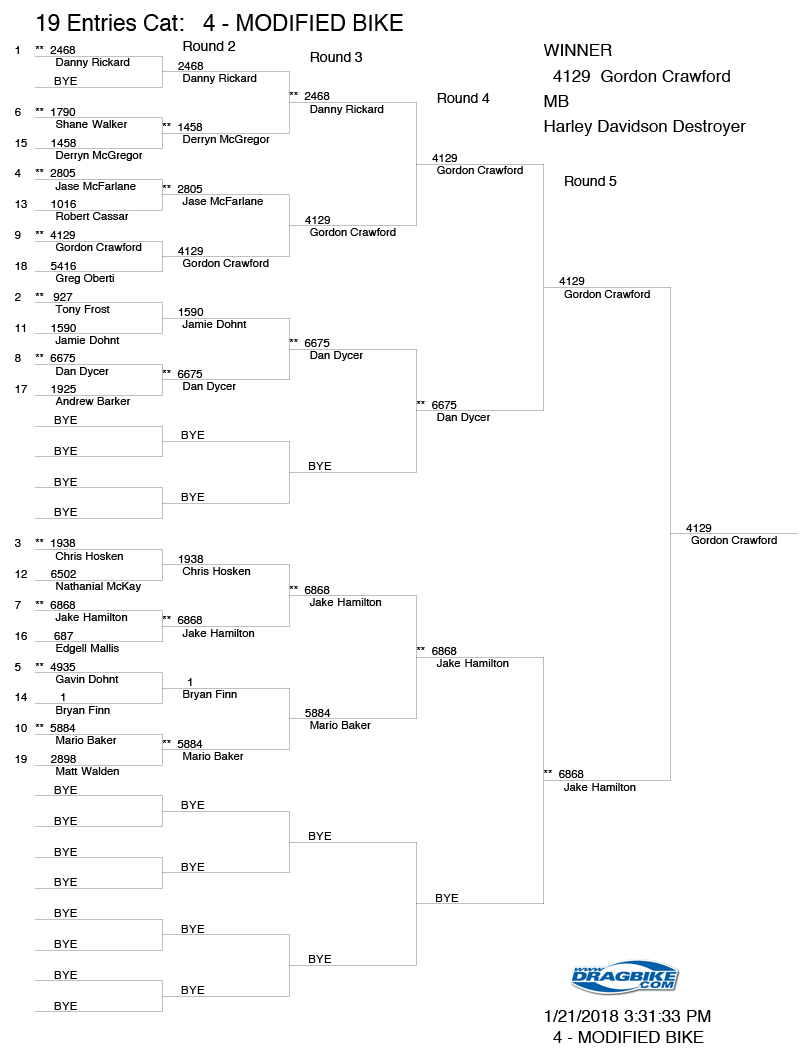 Following a big day of qualifying for a 170+ field at South Coast Raceway today, tomorrow’s eliminations field is now set for what is round seven of the Summit Racing Equipment Sportsman Series.

The action from the Portland venue will continue tomorrow (Sunday January 21) – racers set to be on-track from 10.00am local time, while the Finals are scheduled to begin from 2.00pm. For further event information, please visit www.southcoastraceway.com.au 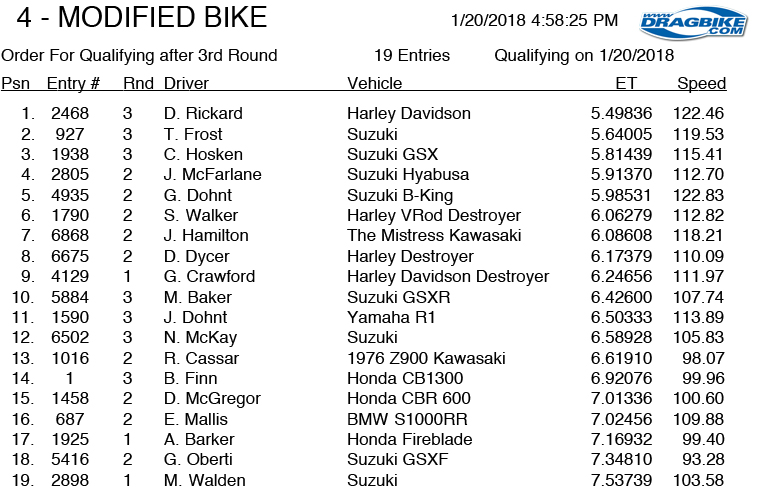