The 47th annual Goldenstates delivered plenty of action-packed races on Saturday evening at the Perth Motorplex, with the Summit Racing Equipment Sportsman Series competitors putting on a great show in pursuit of ANDRA Christmas Trees.

In the Modified Bike proceedings, Simon Garbutt took the victory on his daily driver over the Kawasaki of Paul Nieuwhof. Garbutt found himself in the final following victories over Jarrod Maclean (round one) and Luke Seaton before enjoying a bye in round three ahead of victory over Brett Allen in the semi-final. Meanwhile, Nieuwhof – the Decoglaze Glass Splashbacks Top Qualifier Medallion winner for the bracket – enjoyed byes in both the opening round and the semi-final, successfully taking on Natasha Hayden and Jack Wasley in rounds two and three. 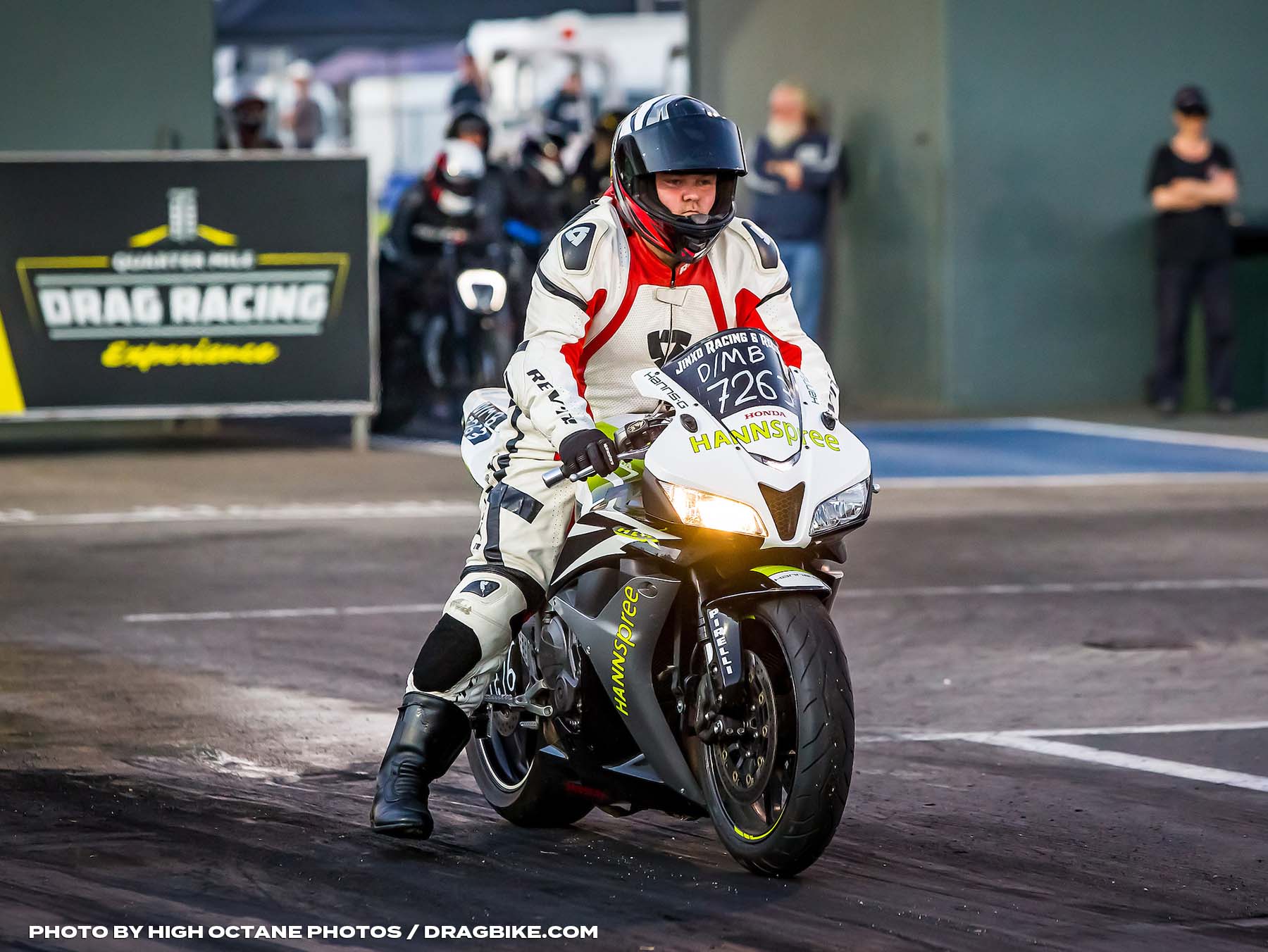 “We have been working hard in the off-season on our Hayabusa, but unfortunately with the COVID delays on parts we faced some hefty delays in what we could achieve with that motor. Rather than not doing anything, we decided to pull out my daily driven street bike and put some parts on it we had in the shed, and bring it out to go racing,” Garbutt said while thanking his wife, sister, sister-in-law, Chris, Paul, Luke, the whole Modified Bike field and Skippers Transport.

“It is a bike I drive daily, I rode it to my wedding, I took it to Albion, it has been on other trips all over the place, and now it is here having some fun in Modified Bike! It was pretty awesome to get the win, especially on that bike. I have had it for eight years and it is a real favourite.

“It was a very tough field to get through today with J-Mac and Luke and the others, racing those guys and coming out on top is a hard challenge and it is definitely great to come out on top.”

The next round of the Summit Racing Equipment Sportsman Series will be held at Portland’s South Coast Raceway across December 11 and 12. For event info, go to www.southcoastraceway.com.au