“We found a bit of stuff in the offseason, came back and the bike was starting to show the capabilities of what the engine can do,” said Allen.

“We know on other tracks we’ll be able to tap in and run quicker again. The conditions were tricky again, the facility is great, don’t get me wrong and it’s the same for everybody else but just reading it (is tough) when you’ve had such a long break. 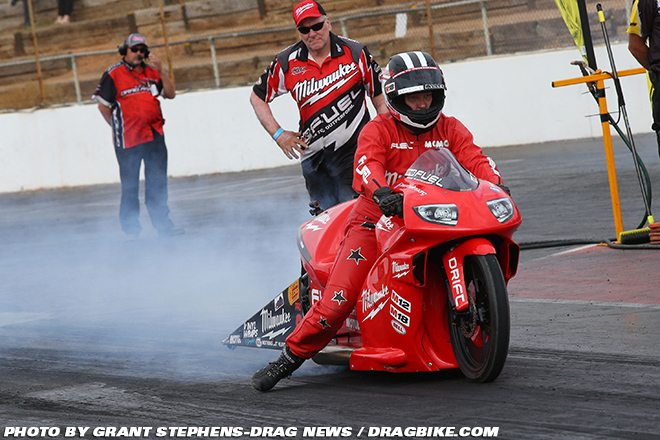 “I’d like to give special mention to Michael Marriot who helped us with a bit of interpretation with data this weekend. We’ve made some advances and we’re pretty confident there is another tenth, tenth and a half in the bike. Over the next two race meetings I’m sure we’re going to start to see the potential of what it’s really got.”

“Thanks to my crew, Dad (Peter Allen), Steve, we’ve done this together for a few years now, we’ve got a great synergy.

“It was an awesome final, to have a burn down in Pro Stock Motorcycle, who would have thought? I take my hat off (to Ryan). I said to him at the bottom end I’ve had my arse kicked for 15 years all over the joint. Don’t take it personally but pay your dues to the old man!

“Ryan is going to be a force to be reckoned with, his team is very professional. I congratulate him and Gordon Crawford for helping him (get the team to Adelaide).” 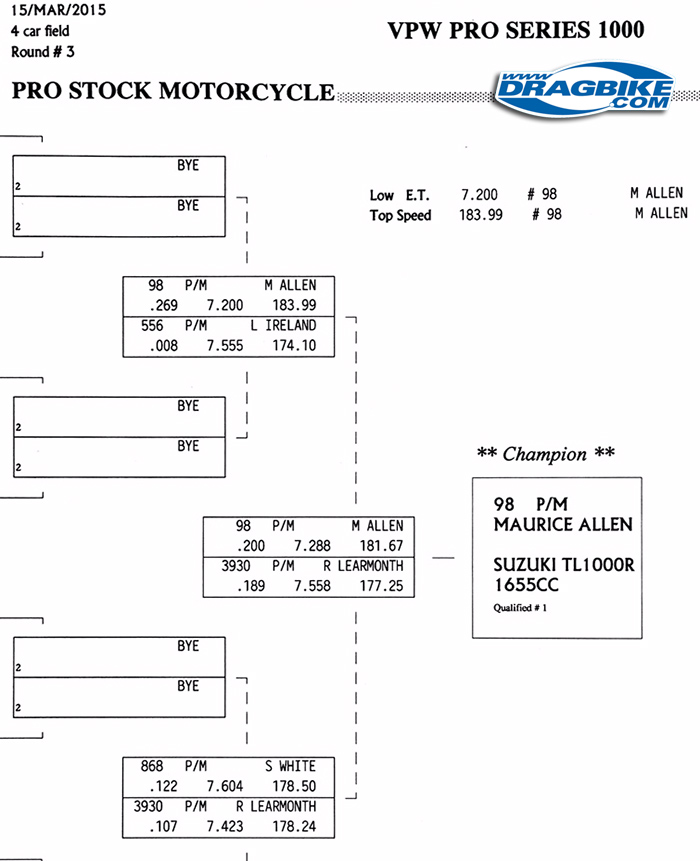 The red light trend continued in Modified Bike as Joe Khoury secured the win with a 9.445 on a 9.40 dial in after Shane Walker red lit by .044 seconds. That result catapults Khoury to the 160-point minimum in this shortened season as his title bid takes shape. 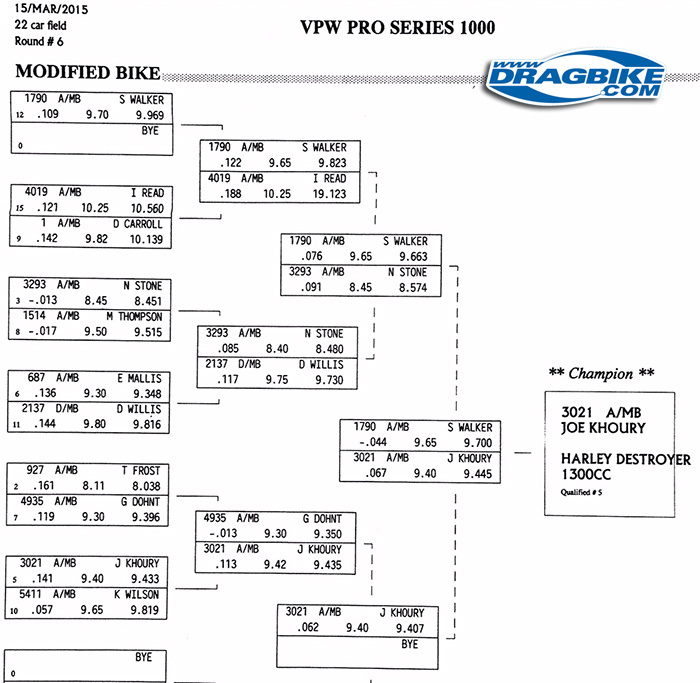 Maurice Allen was left a little baffled after qualifying first in Pro Stock Motorcycle when his 7.382 ET was enough to hold out close competition from Scott White and newcomer Ryan Learmonth.

Allen said he was confused as his team misread the track conditions running the same tune up that brought home an ANDRA Gold Christmas tree at the Australian Nationals in Sydney last November.

“We wanted to start off with similar numbers (to the Australian Nationals final) but 2pm, 30 degree heat on a Pro Stock bike it knocked it around a little bit,” explained Allen. 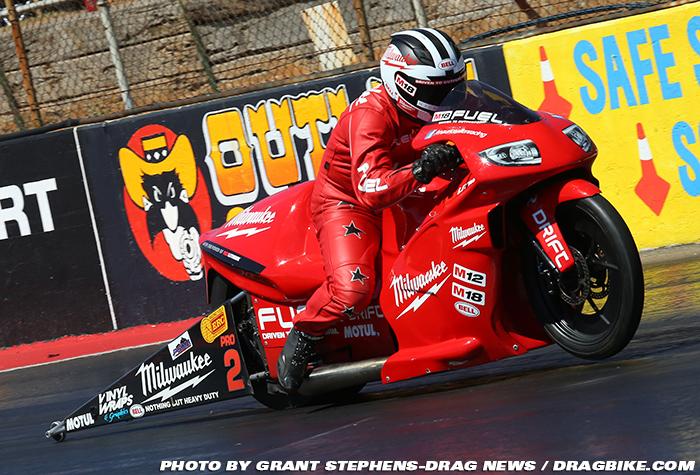 “The main thing was to get down the track and the second run was dynamite. It went really well but the gust of wind got me at about 800-900 feet and took me straight over to the wall. I just shut the bike down and brought it off the wall.

“That was promising, I made a couple of errors but when you haven’t raced for three or four months, these bikes operate in such a fine window it shows up pretty quickly if you’re not on your game.

“I was probably a little bit off today. But it’s been a good day for us, to be number one, a great crowd and they gave us a fantastic cheer on the way back. For our sponsors Milwaukee, Bell Helmets, Motul Oil and ERC that’s what we come to do, put the bike on pole and start off the season with a bang.” 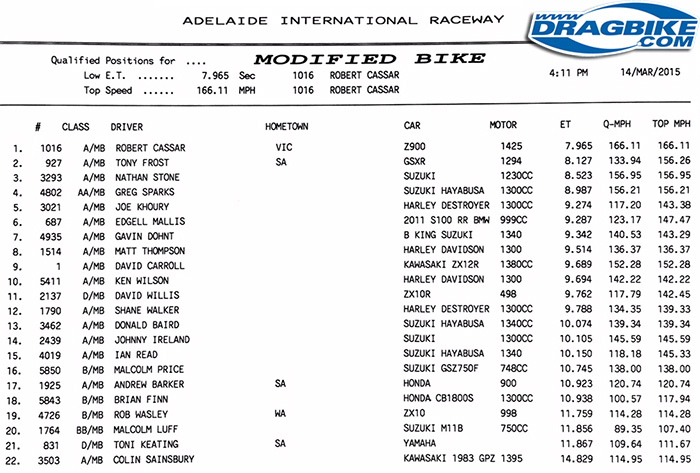