HomeNews / Race ResultsANDRA: WA Title Fights go Down to the Wire This Saturday

The WA Drag Racing Grand Finals event will see what has been a highly competitive WA Drag Racing Championships season draw to a close this Saturday at the Perth Motorplex.

One title battle that is sure to go right down to the wire is that of the Perth/Rockingham Harley Modified Bike class, with a long list of racers in championship contention ahead of the decider.

As everyone knows, anything can happen on race day and with the WA Drag Racing Grand Finals event offering 50 percent bonus points, Smith says it really is anyone’s game. 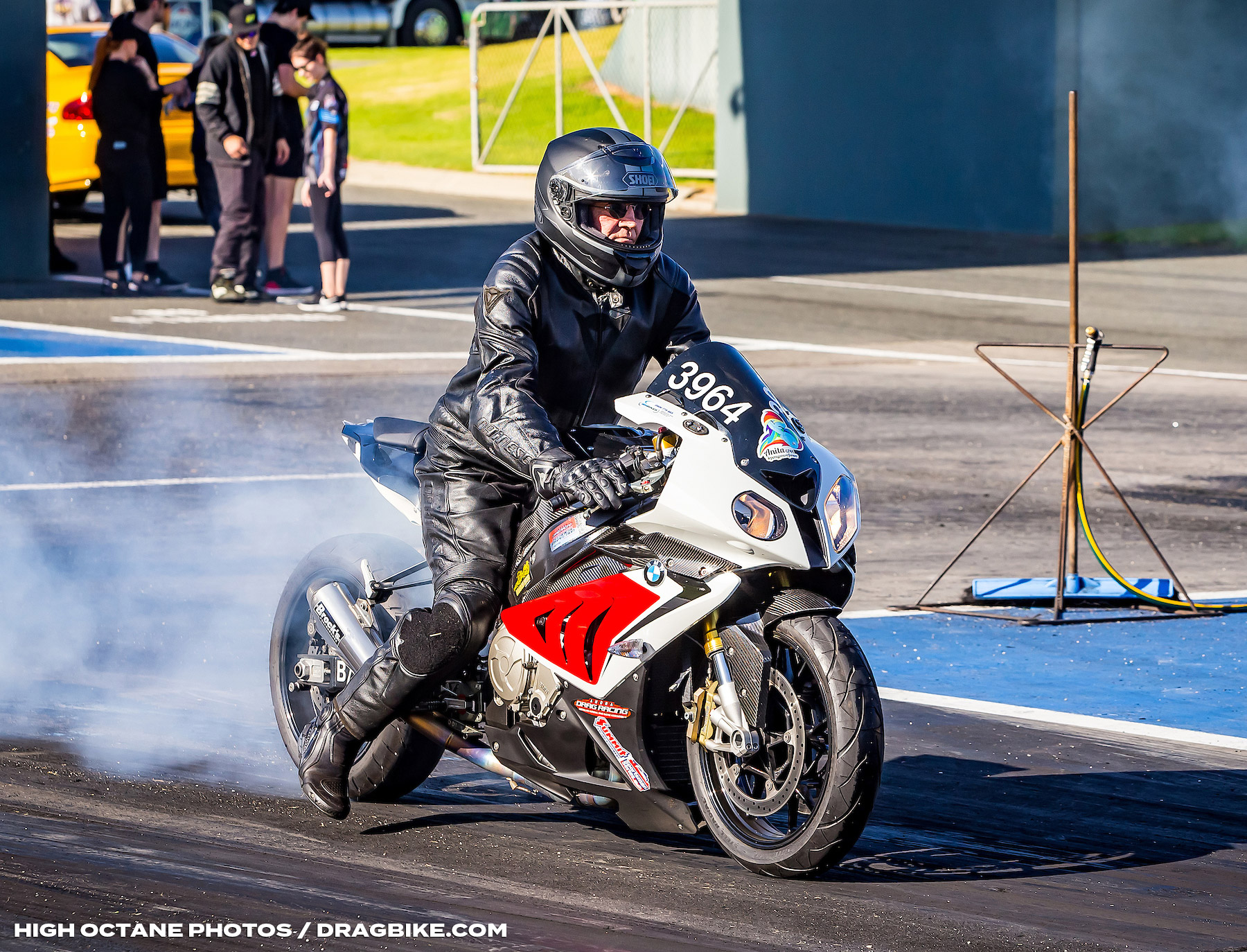 “The season has not been too bad for me, but it could always be better – for instance, I could be more than five points ahead, but that is the way it is,” he laughed.

“I predicted there would be a half dozen of us at the end and that is what has happened.

“It has been a good and hard-fought season, and we will just go to the track on Saturday not knowing what will happen – that is drag racing!

“I am not feeling confident, especially as last time I ran the bike it blew a fuse and shut everything down in the run-off area.

“While I now know that the fuse blew, I don’t know why and so I am a little bit cautious heading into Saturday – I guess it just makes it even more interesting!

Smith already has one title to his name, but it didn’t come on two wheels.

“I wish good luck to everyone on Saturday but of course if we could win the title, it would be pretty special,” the BMW S1000RR racer said.

“The last time I won a championship it was with my late brother in Modified back in the 1982/1983 season.

“If I won it, it would mean 38 years between titles and that I would have one on four wheels and one on two wheels, so that would be pretty great.”

Smith thanks BM Bikes, Tyres for Bikes, and fellow racer Rob Good for their support.

The WA Drag Racing Grand Finals take place this Saturday, April 10. Qualifying begins from 11am with the feature show from 5.30pm. For more information, visit motorplex.com.au