During Sunday’s pre-race ceremonies at the Auto Club NHRA Finals in Pomona, three-time NHRA Pro Stock Motorcycle champion Angelle Sampey delivered the not-so-surprising news that she has re-signed with the Vance & Hines Screamin’ Eagle Harley-Davidson team for the 2020 season. Sampey joined the sport’s most successful two-wheel team at the start of the 2019 season and earned a top ten finish. She entered the season-ending Auto Club NHRA Finals as the seventh-ranked rider in the class. 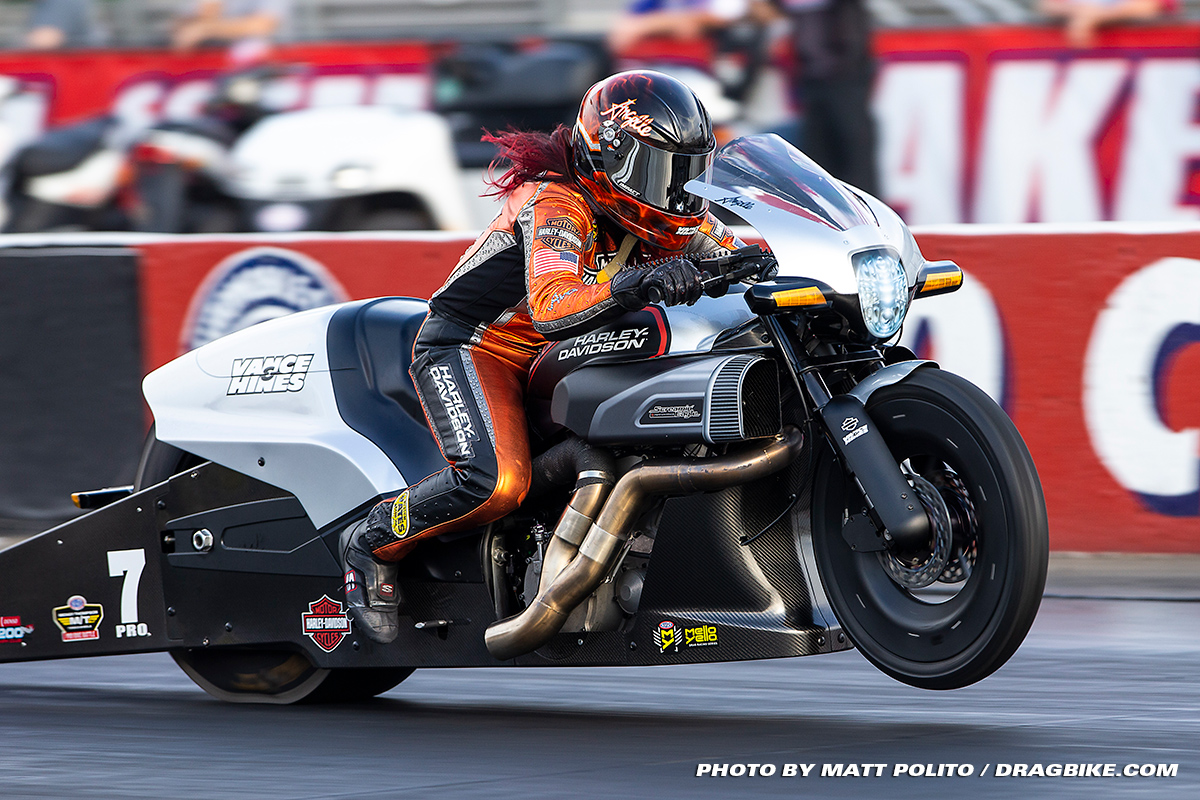 “I am so relieved and so happy to be riding a Harley-Davidson FXDR again next year,” said Sampey. “I still have the desire to compete and still believe I’ve got some wins left in me. This [2019] season was tough; it was a learning experience for me because these Harley-Davidsons are a lot different than what I’m used to, but I feel like I’ve made a lot of progress. The thing I want the most is to be able to reward my team for the faith they’ve shown in me. The best way to do that is by winning races and competing for a championship. I’m blessed to have that opportunity again next season.” 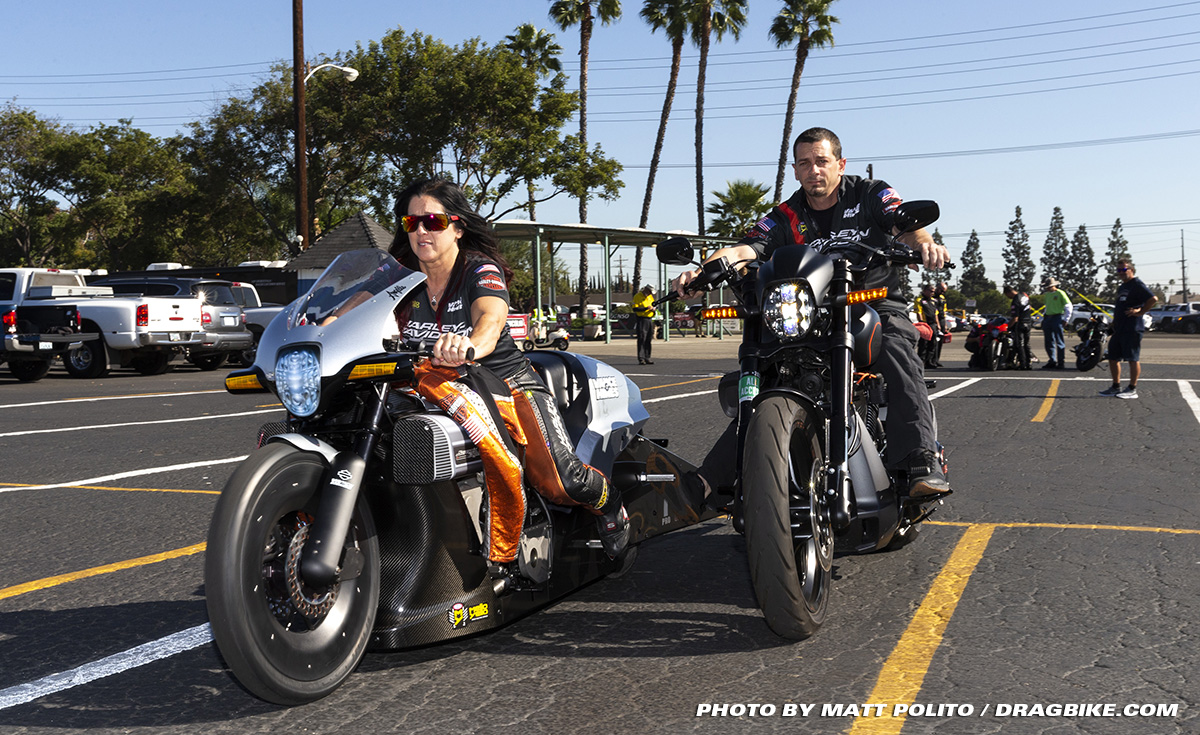 “Last year, Angelle was a bit of an unknown for us, which is why we initially started with four races but we quickly realized how much value she brings to our team which is why we added her for a full season,” said team co-owner Terry Vance. “This year gave us a chance to get familiar with each other and I can say that Harley-Davidson loves her. They love her attitude and the obvious passion she has, and her dedication to be the best she can be. Personally, I’m so happy with her I can’t tell you. She’s great for the sport and great for Harley-Davidson and Vance & Hines and I think next year, we’ll be able to win some rounds and win some races.” 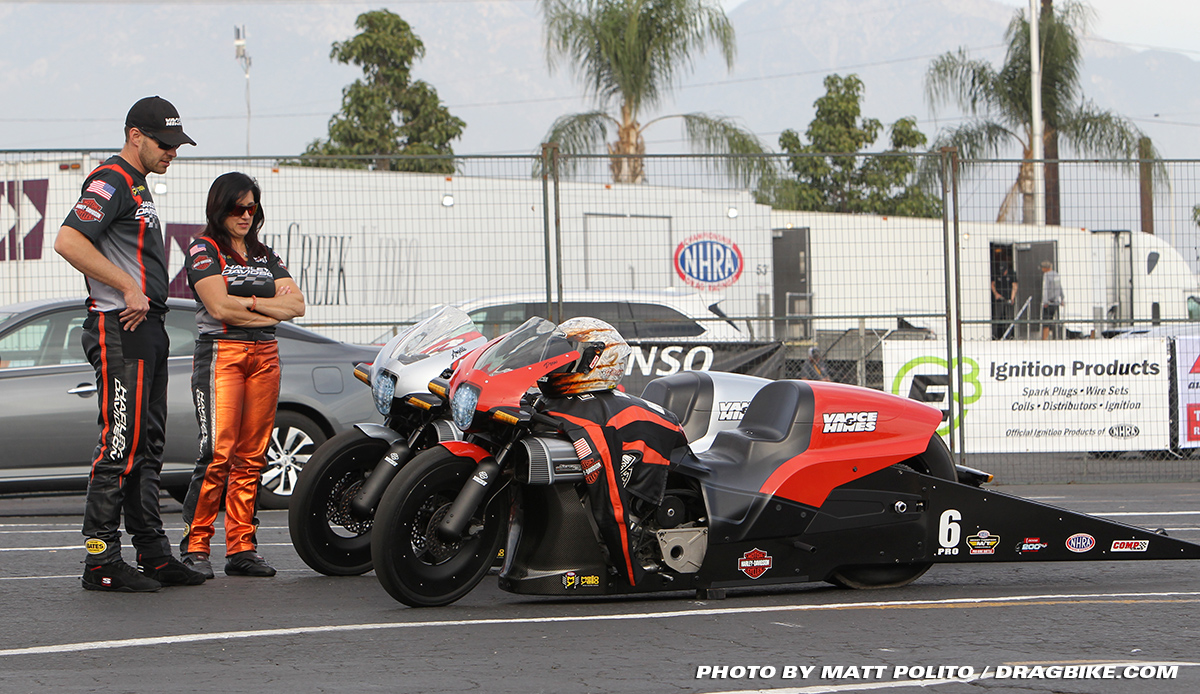 Sampey made her professional debut in 1996 and has since become one of NHRA’s most successful and most popular pros with three world championships and 42 national event victories. Last winter, she was facing an uncertain future after leaving Cory Reed’s team, but her fortunes took a turn for the better when she was hired to join Andrew Hines and Eddie Krawiec aboard a third Harley-Davidson. 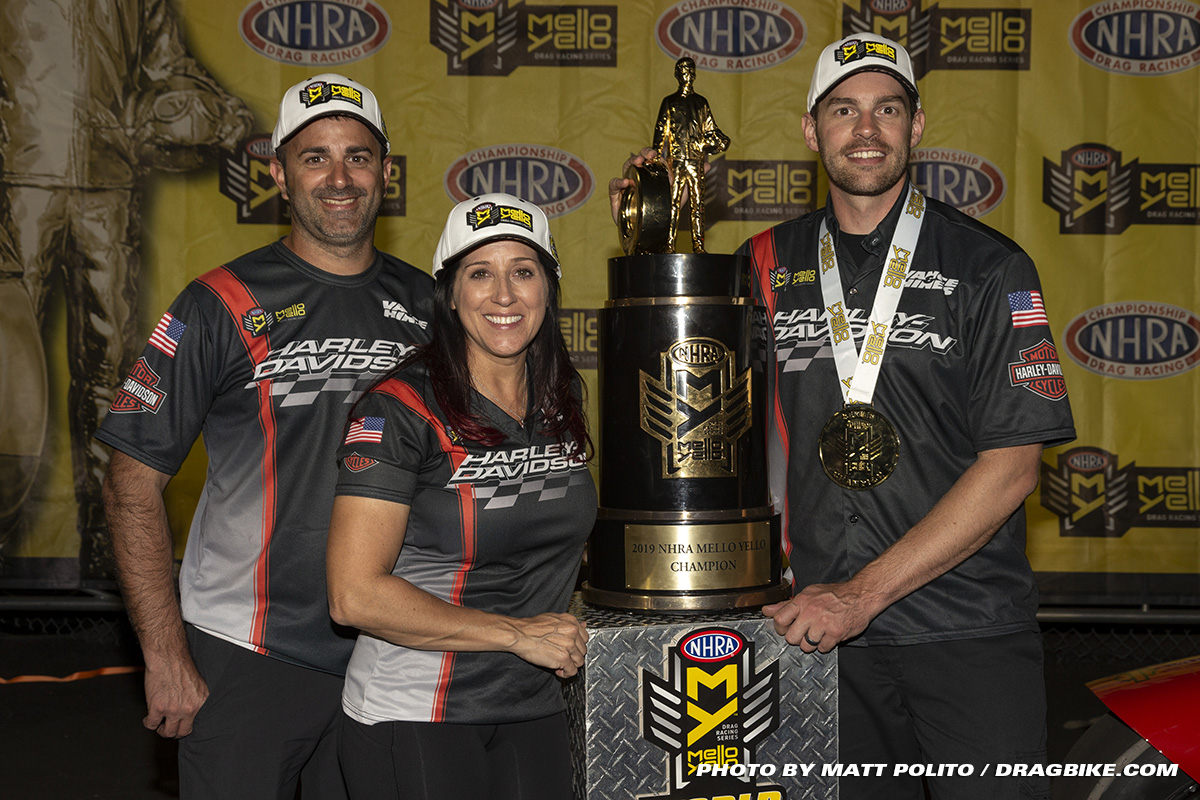 There was a time when Sampey and the Vance & Hines team were bitter rivals, especially from 1996 through 2003 when she and then Vance & Hines rider Matt Hines were battling tooth and nail for NHRA championships with each rider winning three times. Their partnership seemed an unlikely pairing, but the team has operated successfully as a three-bike unit with Hines, Krawiec, and Sampey all solidly in the top ten.