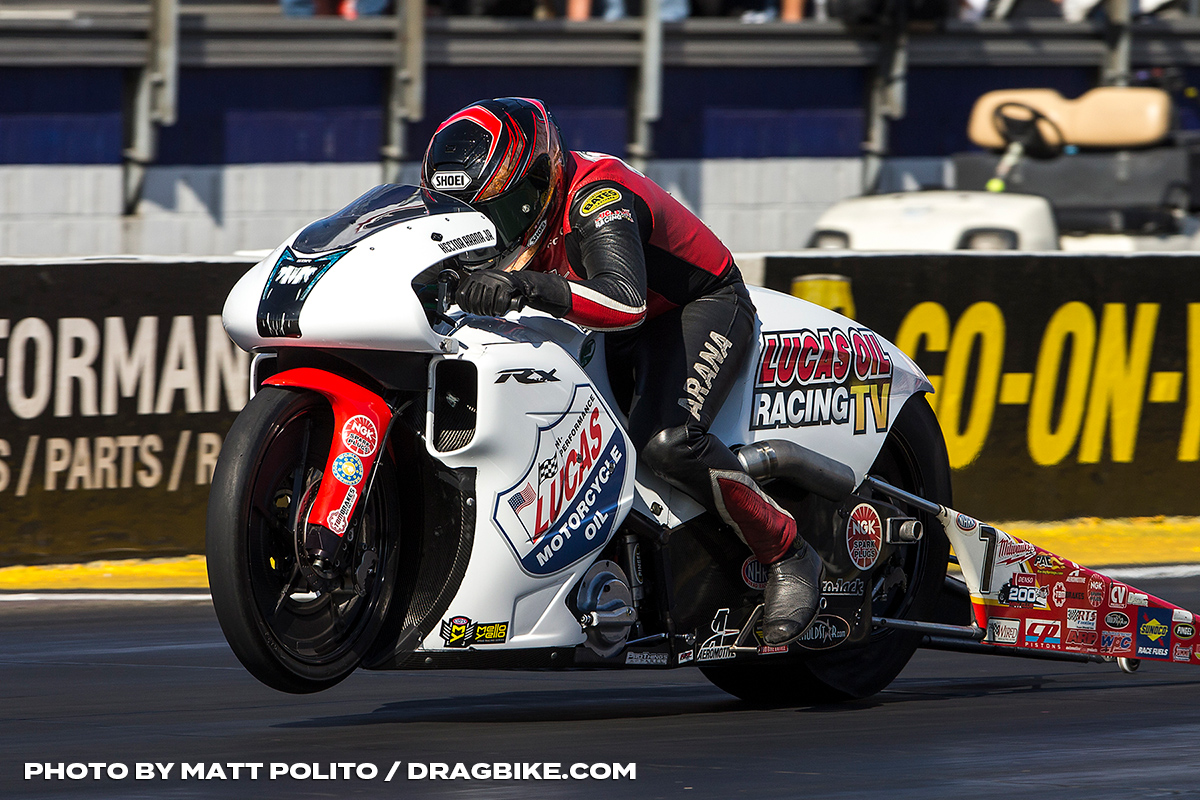 Arana Jr. came into Pomona fourth in points and with a mathematical chance at stealing the title. He would race his Lucas Oil Racing TV EBR to the second place position in qualifying to keep pace with points leader and eventual champion Matt Smith and earn valuable bonus points that would prove vital come race day.

After eliminating Freddie Camarena and Angelle Sampey, Arana Jr. would face title contender Eddie Krawiec in a critical match-up. Unfortunately, Arana Jr. would fall just short but while his 2018 season would come to a close, his performance would help him move up to the third spot in the final standings and conclude a successful season that saw him earn three wins including two in the countdown. “While we just missed out on the title, it’s been a great year,” said Arana Jr. “We began 2018 by making history at Gainesville, we took the title fight all the way to the last event and were able to prove we are capable of winning any race we go to.” 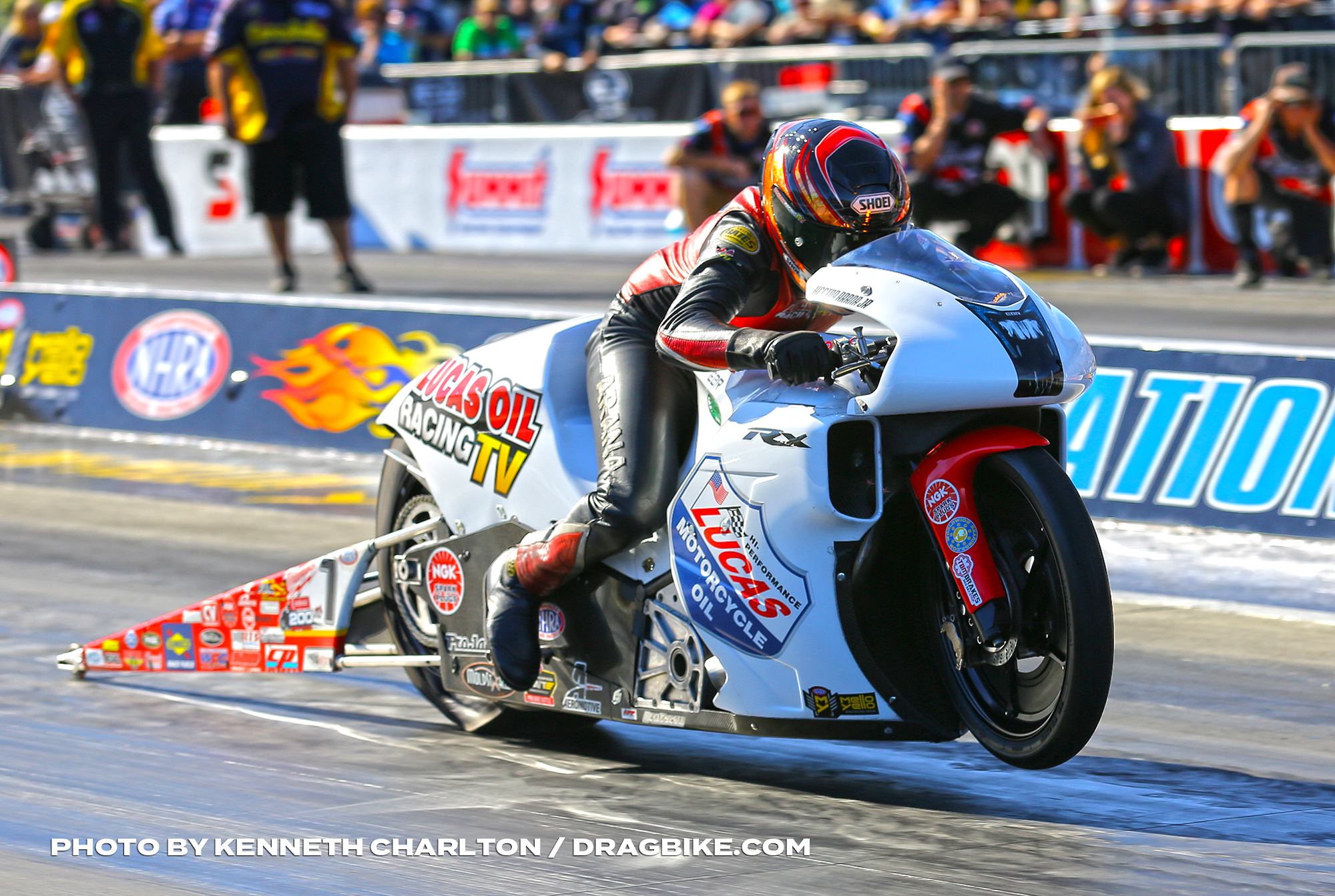 Coinciding with Jr.’s strong finish was a late-season resurgence for teammate Hector Arana Sr., who would qualify his Lucas Oil EBR in the top-half of the field for the second consecutive event and conclude 2018 with a second-round finish. Team Arana is hoping to carry this momentum into 2019.

“After winning Maple Grove we had a rough stretch mid-way through the Countdown but I’m proud of the way the team never gave up,” said Arana Sr. “In the last two races both bikes were running the way we expected to perform all season and Jr. was able to score a win and a get to a Semi. I’m already looking forward to next year.”