The fifth and final race of the 2018 CMDRA National Series was held at Mission Raceway Park Sept. 22nd – 23rd. The weather was less than optimal for racing with heavy rain the night before and Saturday morning was equally as bad with drizzle until about noon. However, the sun came out just enough in the afternoon to dry things up and allow the staff to begin prepping the surface. 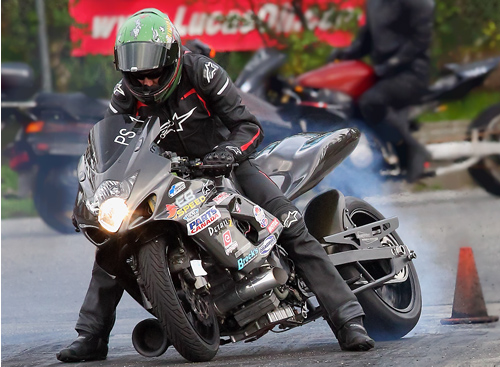 Ethan set up his turbocharged GSX-R1000 “Eleanor” for a really sticky surface, unfortunately, the weather wasn’t co-operating so Ethan went back to his usual moderate chassis setup and boost maps. In the opening test pass, the bike instantly spun at the line and provided little data while posting an 8.38 / 179 mph. The track was still green from all the rain and needed more rubber down if Ethan was to make a pass that was worthwhile. In round two Ethan set his bike up extra soft and made a relatively clean pass with minor wheel spin with a 7.49 / 188 mph. There was still room for improvement but after reviewing the data Ethan could see the track would not accept any more power so the tune was left the same for the final round of qualifying. The track was cooling off as sunset for the final round of qualifying with the racers made their passes under the lights. Cool fall air is great for horsepower but not great for the track. Ethan used all his tricks to make sure he stayed ahead of his competition and chose to remove all the ballast from the bike in order to assist the weight transfer to the rear tire. On his final pass of the day Ethan had a nice clean run, the shift times were slowed down so as not to overpower the tire which was constantly on the verge of breaking loose; the scoreboards flashed 7.47/ 189 mph! A great run that put Ethan in top spot in the High-Level Motor Products Pro Street Class but that was also the quickest run of any class! 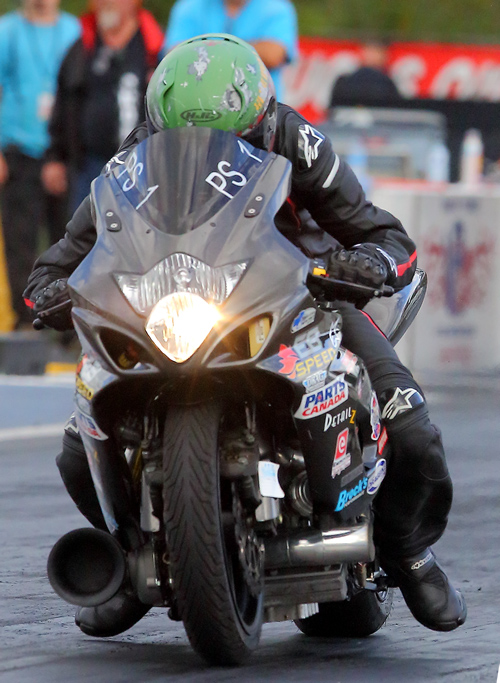 With Sunday morning came more drizzle and overcast skies, but unlike Saturday the sun was not making an appearance. With the inability to provide a safe racing surface due to cool temperatures, high humidity and lack of radiant heat the officials decided to cancel the elimination rounds. Not the ideal way to end a season but with one rider crashing on Saturday afternoon the likelihood of another incident was just too high for officials to proceed. 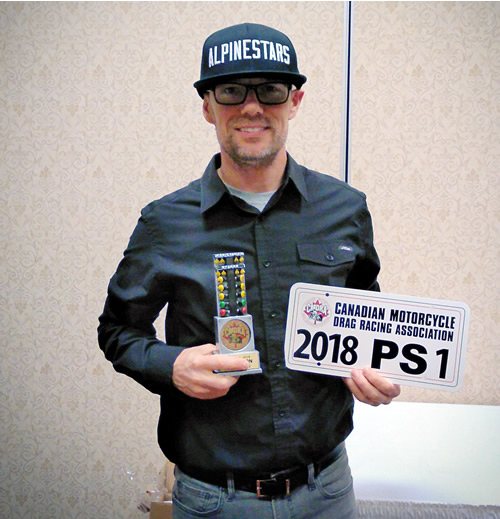 Ethan had accumulated a healthy lead in the Championship standings prior to arriving in Mission and merely needed to qualify in order to win the 2018 Championship. Overall the season was a success with two wins and a runner-up in the three completed events, and he qualified 1st and second in the two events that were rained out. He was the most consistent rider all season and one of/if not the quickest bike in the entire CMDRA at every event. It’s this consistent top-level performance that also earned Ethan his third Rick Davie Memorial Award for Most Outstanding Achievement. 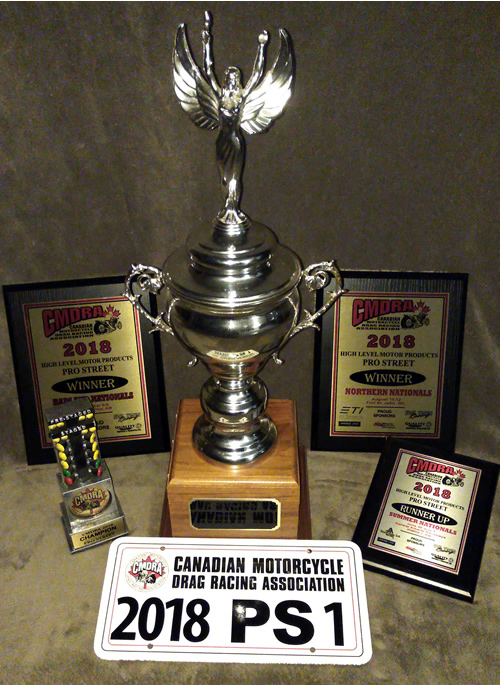