Runner-Up at the CMDRA Summer Nationals!

After a long off-season, Ethan was finally back aboard his trusty turbocharged GSX-R1000 nicknamed “Eleanor” at the CMDRA Summer Nationals June 30-July 1. Even though Ethan wasn’t able to make any off-season test passes he came off the trailer in Saturday’s qualifying session with a respectable 1/8th mile pass of 5.05/153 mph. From there Ethan would keep tuning for the next couple of rounds where he finally ended up with 4.97 / 154 MPH which was good for the second spot. 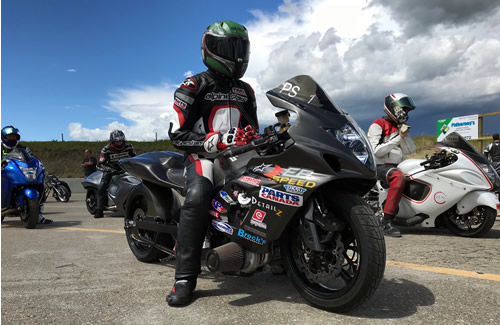 In the first round eliminations, Barkley was up against fellow EB Speed rider Danny Green. Ethan’s new tune up was slightly more aggressive than the qualifying passes on Saturday and he took the win with a solid 4.89/156 MPH. In round two Ethan had the bye and was able to step it up a little bit more to see what the track could hold for the finals and posted a 4.86/157. Ethan found himself in the finals against Dave Burleigh on his freshly built turbo Hayabusa. As the lights flashed green Ethan got a great head start with a superior reaction time. Dave was giving chase and had a big wheelie giving even more advantage to Ethan but unfortunately, his GSX-R spun the rear tire on the 1-2 shift and it was all over, Ethan couldn’t regain his momentum enough to catch Dave. It was a very close finish with Ethan losing by a mere 0.02 seconds. 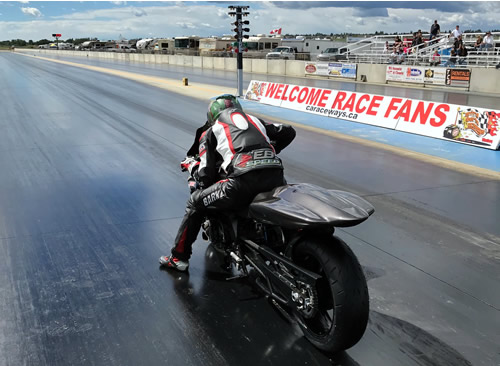 All in all, it was a positive weekend for Ethan as he secured valuable points in the Championship Standings and sits in second place heading into the next event at Castrol Raceway, Edmonton AB. July 21-22. 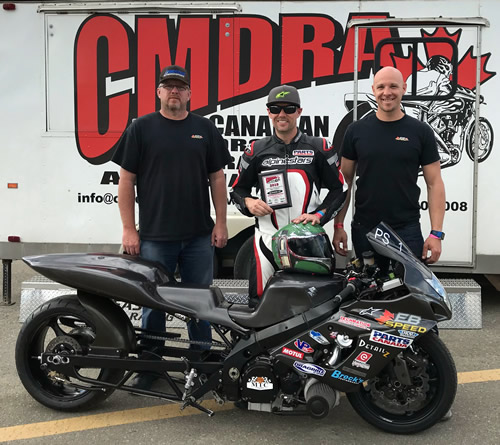