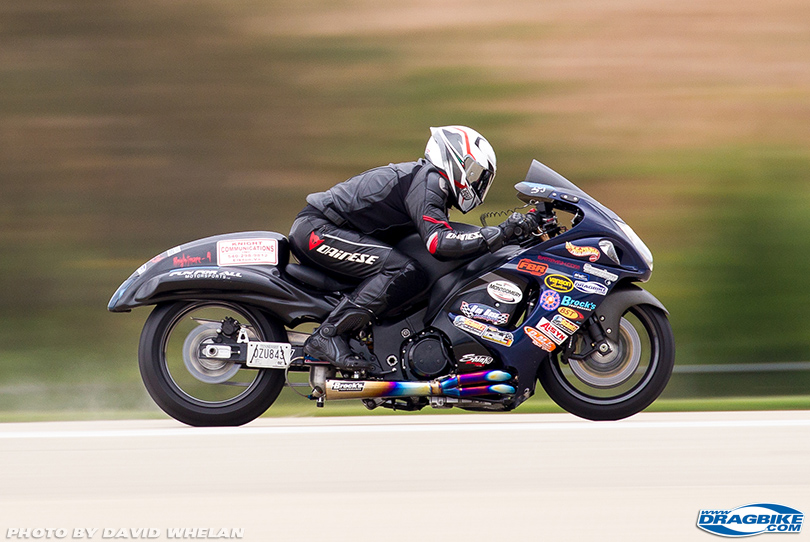 I have many friends that participate in a different kind of ‘racing’ then I normally do. You might call it a “long” drag race. It’s been on my radar for a few years but prior to this year I hadn’t really had the urge to go Land Speed Racing. However that urge was quickly put in place when I attended my first ECTA event earlier in the year. Combine that with talking to my good friend Jerry Turner who has always wanted to go himself and a plan was hatched. 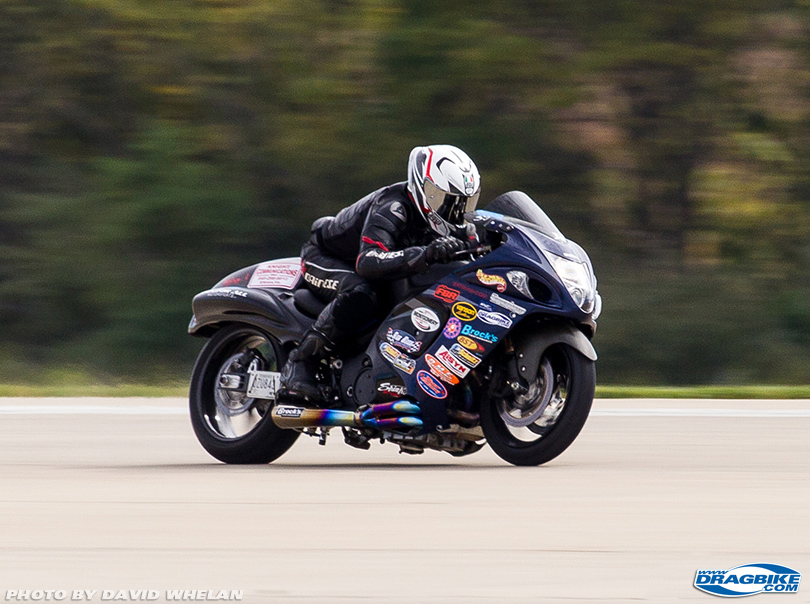 However a crazy sequence of events happened leading up to the final ECTA event of the year and although I was registered to race I ended up giving up that spot. We were hard at work developing ‘Stupid Fast’ parts for Kawasaki’s flagship bike, the supercharged Ninja H2 and the final event provided the ultimate testing ground for our performance package. So I decided to not interfere with work and withdrawal from the event as a racer. But the BKR Real Street bike would still be making laps down the 1 mile airstrip as this sequence of events would lead to me allowing my good friend Ralphie Navarro to pilot my nitrous huffing Hayabusa. Ralphie was without a ride for the final event and was pretty bummed about not racing so I was glad to help out with a ride. 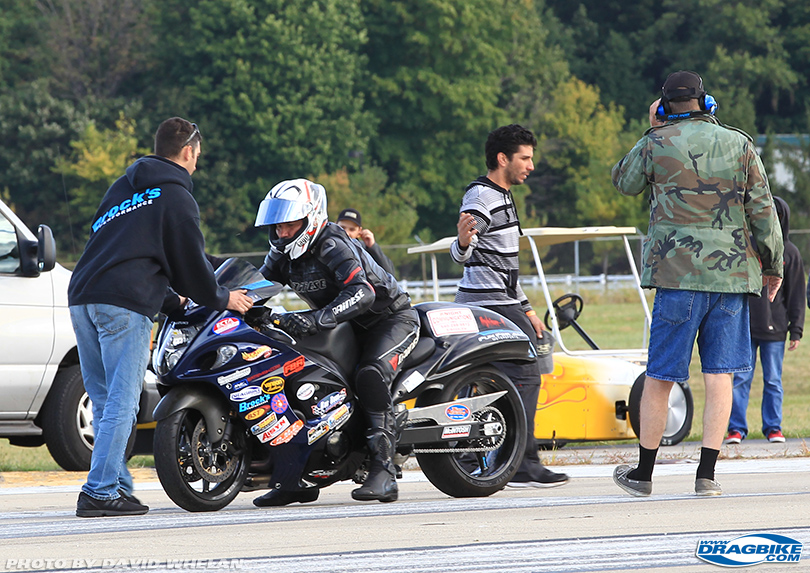 Brock Davidson was nice enough to allow me to help Ralphie throughout the weekend as we chased records ourselves on the Ninja H2 and also helped us in Ralphie’s record setting quest as well. The weekend could have started off with a little less pressure as I was only able to give Ralphie a rundown of the bike minutes prior to his first pass. However it was nothing to worry about as I trusted his prior experiences in LSR and he trusted my setup to go fast. Right out the gate on his first pass we set a new class record of 209.9860 in the APS/F-3000/4 class. This would also be the official pass to get Mr. Navarro in the exclusive 200mph club at Wilmington, OH. We changed a few things but battled wind the rest of the day and everyone over 150mph was eventually shutdown that afternoon. 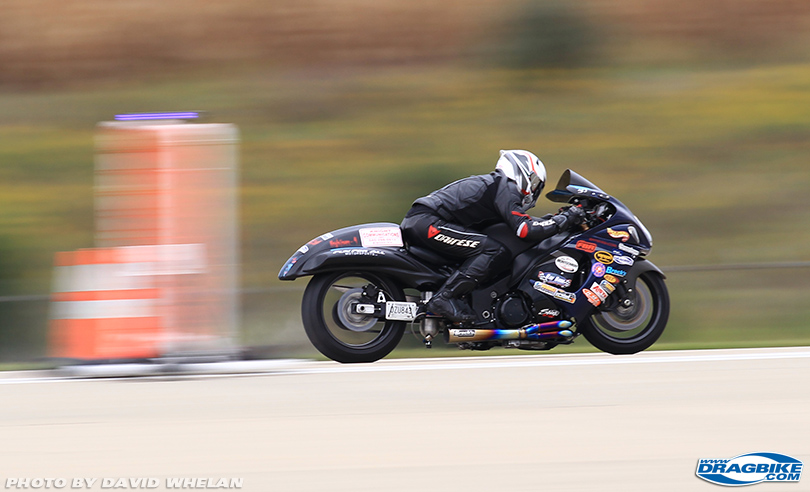 Sunday morning came quick and we knew we had a lot more left in the bike. Ralphie took off and quickly started applying the Quantum Motorsports power and fought tire spin in 3rd and 4th gear. Once he got hooked back up the nitrous came on and he tripped the traps bumping the record for the second time, this time with a speed of 214.7971mph. After checking the data loggers and making some changes we were ready for an assault on the 220mph barrier. The time came and as Ralphie left the line and clicked through the gears I was proud to see him make his cleanest pass of the event. However, as he disappeared into the distance and I waited to hear the time, Ralphie was battling some stiff crosswinds and had to abort the pass. 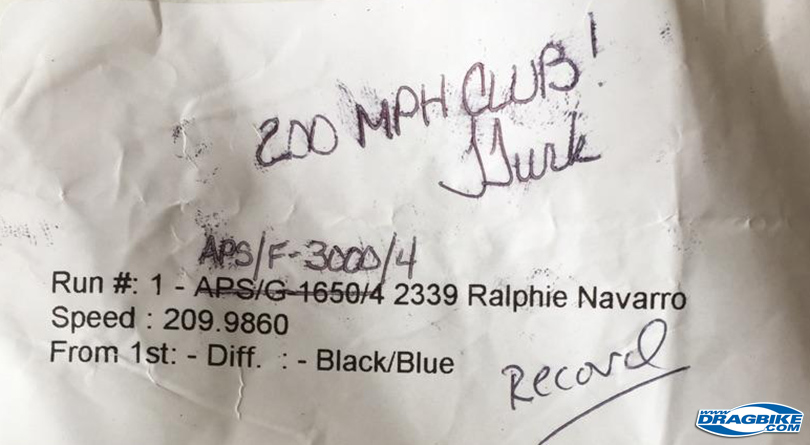 That would be the end of the weekend for us, but one that I certainly won’t forget. The Real Street Hayabusa, built with plenty of blood, sweat, tears, and help from all of my amazing sponsors, was now a record holding bike. Ralphie had also won the Unlimited Nitrous Class in the Brock’s Performance Streetbike Shootout as well. The records were certainly a highlight, but the friendships and satisfaction that I got from watching these awesome racers reach their goals was the biggest reward of the weekend. Congratulations to my friend and rider, Ralphie Navarro on his accomplishments!

I’d like to thank Guy Caputo of Tiger Racing for his helpful advice and support on some integral parts to make the bike LSR legal. In addition to Guy a lot of my LSR friends pitched in to make sure Ralphie’s ride was ready to go, so a big thanks is in order as well to Greg Neal, Mark Dotson, and Ransom Holbrook. Brock Davidson and Bryan Snyder were extremely helpful during the weekend and Ralphie’s family of Saul, Catherine, and Adrianna kept him in line for passes. 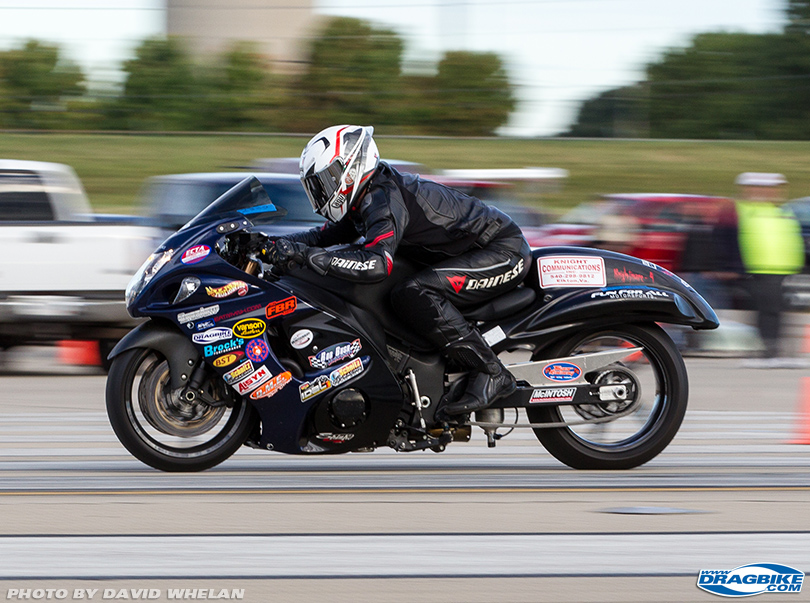 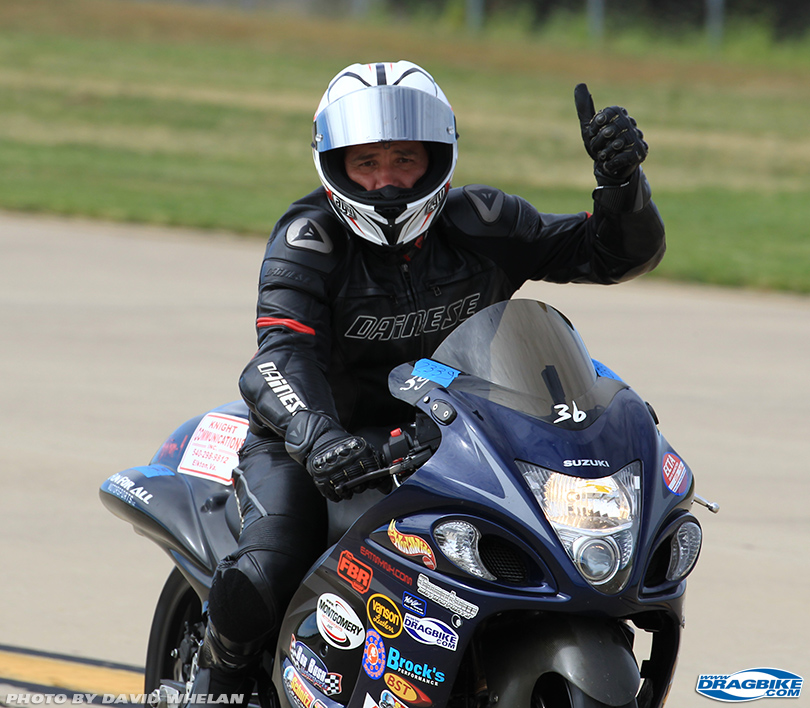