NHDRO brings it back home to Indy with their Summer Celebration and Big Money Bracket Race at Lucas Oil Raceway on August 4-6.

NHDRO is guaranteeing $5000 to win in Saturday’s MPS Pro ET and $3000 to win in Kevin Dennis Insurance Street ET, but the pot is already growing significantly beyond that with the help of sponsors. “Our goal is to have a total payout of $15,000 for the two classes,” said NHDRO’s Brian Welch. “We are asking vendors, sponsors, racers, fans, pit crews, shops, anyone that loves this sport to donate either money to the purse or a product to give away.” 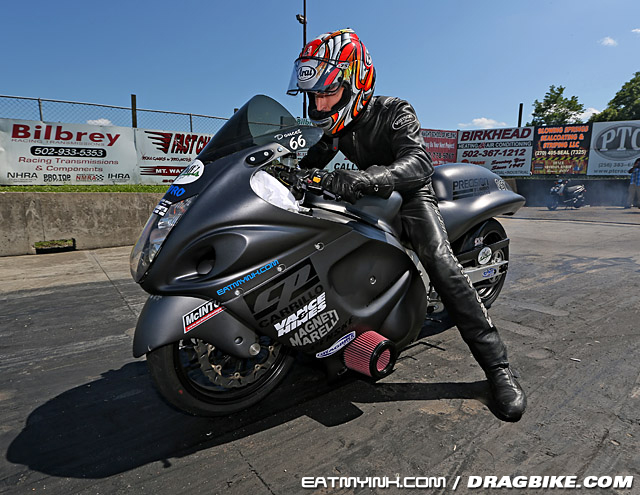 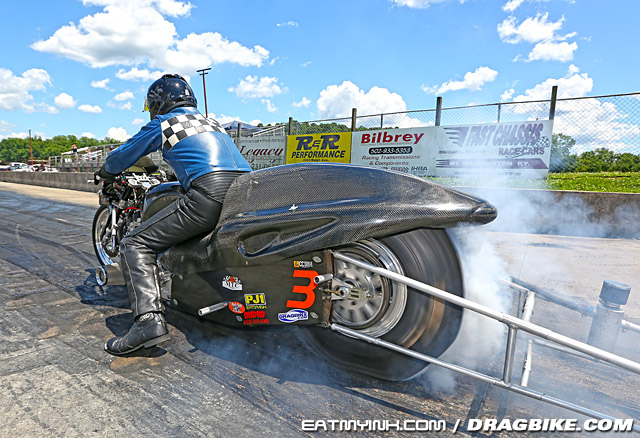 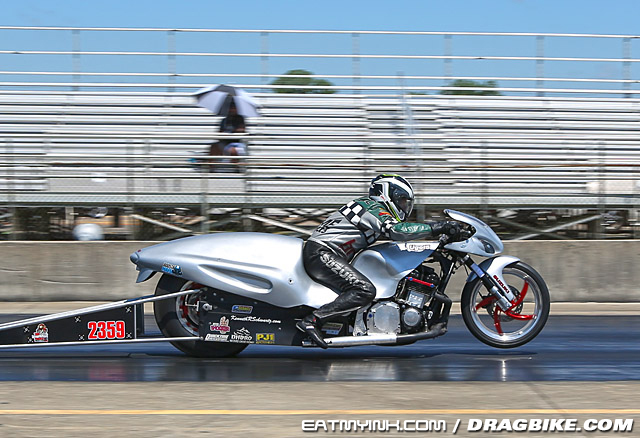 But that’s not the only extra cash to be made at NHDRO this weekend, as Welch has decided it’s time for someone to put a stop to Markham’s Route 21 Street Fighter domination. Welch has placed a $50 bounty on Markham’s head, collectable by anyone who keeps the Bowling Green racer out of the Indy winners circle for the 9.50 index class. Markham has won every Street Fighter final so far this year. Can that streak continue? 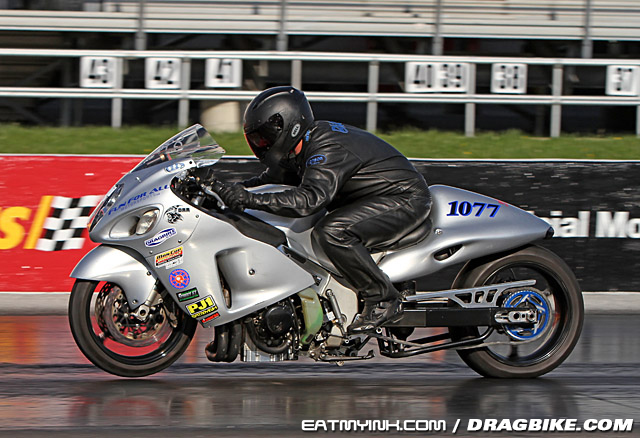 Most of the racers named above are multi-class competitors, also racing NHDRO’s index classes. Millennium Trailers Super Comp and M2.Shocks Crazy 8s points are both led by the amazing Dustin Lee, while G&G Metal Spinners Top Gas points are led by Shellhaas. 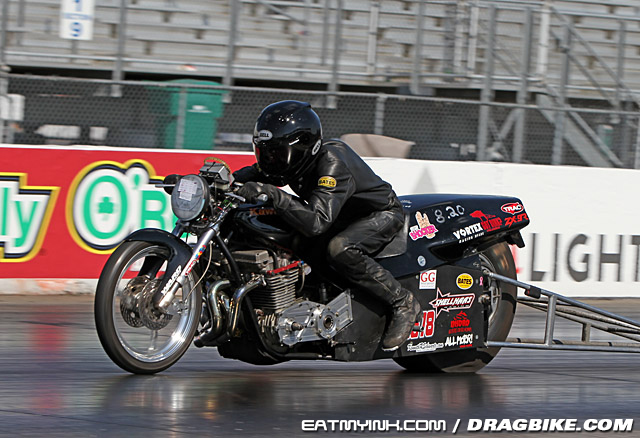 The semi-pro Quicktime Motorsports/Lindeman Performance Pro Ultra 4.60 index class is having a breakout season, with growing fields battling mano-y-mano for NHDRO’s Big Checks. Les Stimac won in Louisville, but reigning champ Chase Morris has a slim lead over class sponsor Jeff Lindeman. With only two races left in the season, it’s time for someone to break clear of the pack. 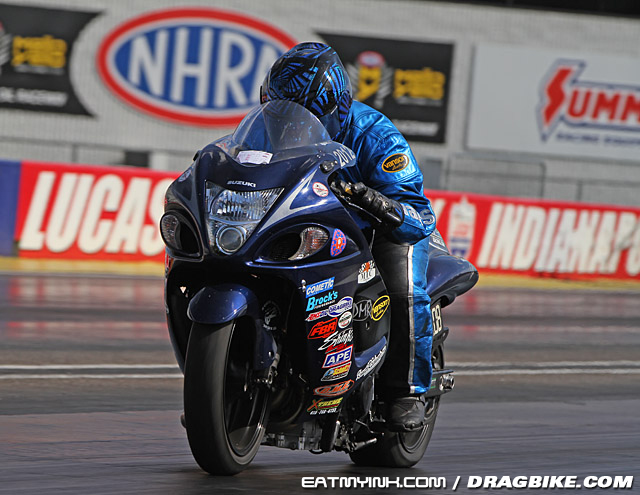 HMH Motorsports Pro Open champion Chris Cutsinger is just hoping for a pack to race. He found some lambs to slaughter in Louisville, but is hoping for some real competition in Indy. Ron Maddox, Brian Lewis, Eric McKinney, Bradley Grothus—come out to play and wind out those gears! 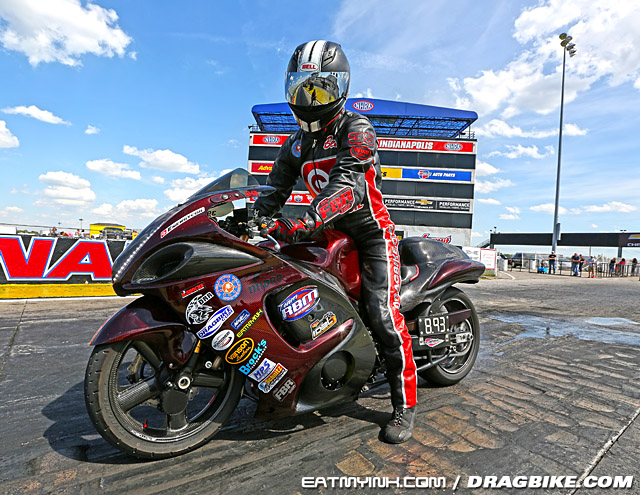 The world’s quickest streetbikes of McIntosh/Grayson Machine & Fabrication Pro Street will have no trouble winding out gears and filling the ladder as the class returns to the full quarter mile. Louisville winner Justin Doucet has quietly built a commanding points lead on his Two Wheel Werkz turbocharged ‘Busa, followed by former champ Doug Gall and Quicktime’s Sanzottera. 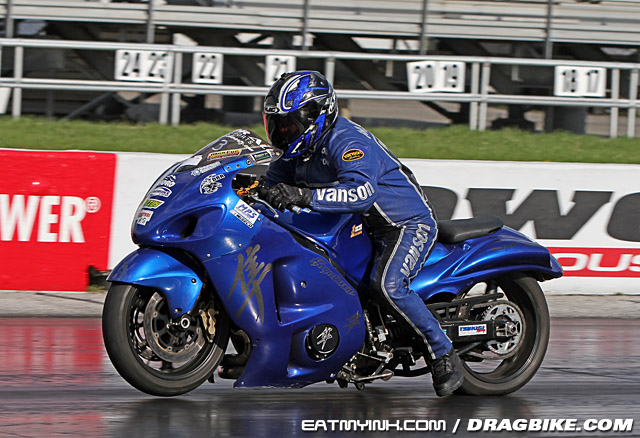 APE/Trac King Grudge will entertain the always-rowdy Saturday night crowd in between and beyond the Big Money Bracket rounds. Joe Marasco’s MSP stable of Clean Getaway, Venom, and Copperhead will once again see who’s packing enough cojones to lock one in. 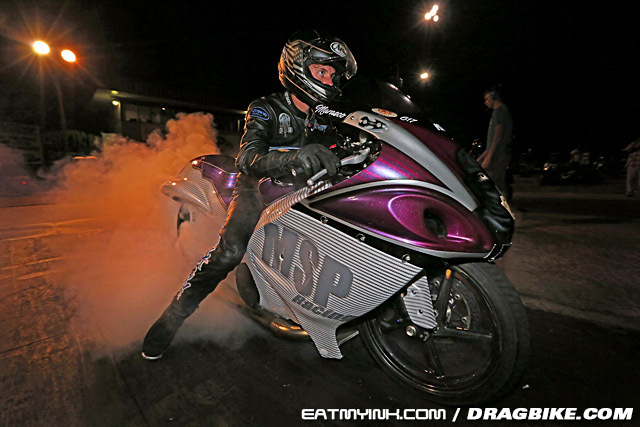 NHDRO’s Brian and Niki Welch can’t wait to welcome everyone back to Indy and hand out some big—REALLY BIG—checks.